Hidden away on Europe’s Atlantic fringe, Ireland has long been thought to be a “fly in amber”—a backwater frozen in time. However, the island not just a window into Europe’s pre-Roman past. This cosmopolitan land has witnessed waves of immigration from around the ancient world and enjoyed cultural contact with civilizations as far away as India. From the hidden tombs to magical tree-based alphabets, there are countless mysteries to explore in the Emerald Isle’s mist. 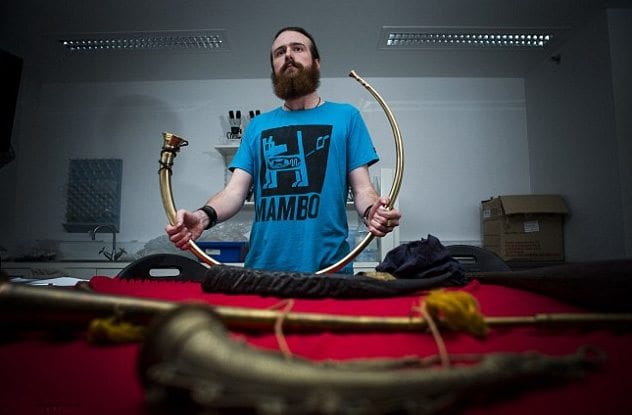 In 2016, a student of Iron Age Irish music was shocked to discover the tradition alive in southern India. Long thought to be extinct, this ancient Irish music and its modern Indian analog revealed a 2,000-year link between the cultures.

The breakthrough came when Australia National University’s Billy O’Foghlu discovered that modern Indian horns in Kerala were nearly identical to prehistoric European versions. O’Foghlu reveals: “The musical traditions of south India, with horns such as Kompu, are a great insight into music cultures in Europe’s prehistory.”

Horns similar to Kompu have been discovered in Europe for decades. Oftentimes, they were sacrificed. Initially, musicologists thought their discordant nature reflected poor craftsmanship. However, O’Foghlu points out that this dissonance is considered “deliberate and beautiful” in Indian music. Traditionally, Indian horns are used as a rhythm instrument—rather than playing melodies. Experts have long suspected interconnectivity between European and Indian musical cultures. 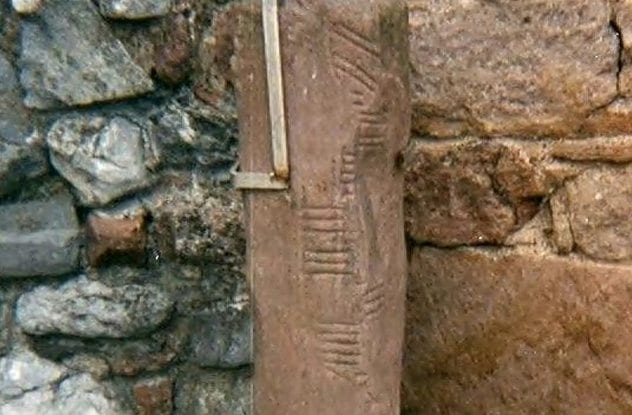 Ogham (pronounced “owam”) is an ancient Irish tree alphabet. The markings emanate from a central line known as the “stem.” Crosses—or “twigs”—emerge from the reference line to differentiate letters. There are 20 letters in ogham, most of which are named after trees. To date, 400 ogham inscriptions have been found—360 of them are in Ireland. The oldest dates to the fourth century. However, linguists believe it was used on perishable items like wood as early as the first century.

Most ogham inscriptions are names and places and likely served as property boundaries. Why ogham emerged remains a mystery. Latin and Greek script were both in common usage on the island at the time. Some theorize it was invented to prevent the British from deciphering the Irish messages. Others insist early Christian missionaries developed ogham due to Latin’s inefficiency in capturing the Celtic tongue. 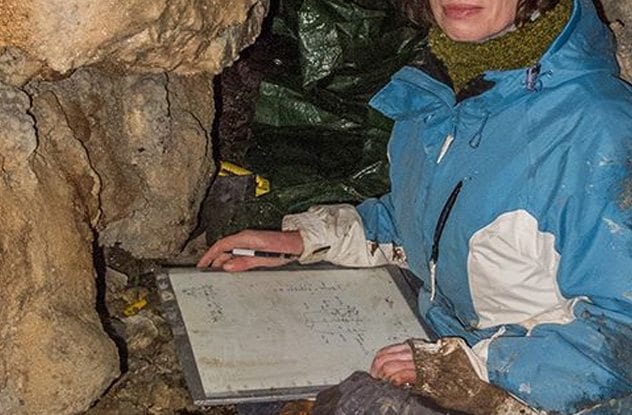 In 2014, archaeologists discovered evidence of ancient excarnation in Knocknarea Cave. This is the practice in which bodies are allowed to decompose in one area, before being buried elsewhere. Dr. Marion Dowd’s team found 13 small bones and skeletal fragments in an inaccessible reach of the cave. They belonged to one man, who died about 5,500 years ago, and a child who perished about 300 years later. Dowd revealed that the number of small bone fragments suggests this was a place where bodies were allowed to skeletonize before burial elsewhere.

Where the bodies ultimately were interred remains a mystery. However, it is likely they were not taken far. Knocknarea is the highest mountain in County Sligo. It contains Queen Maeve’s cairn, one of Ireland’s most famous Neolithic sites, and five other stone memorials. The mountain is visible from any of the Neolithic sites yet discovered in the county. 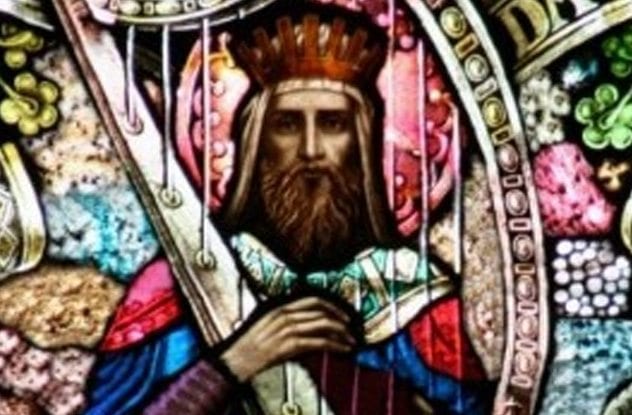 Reigning between 379 and 405, Niall of the Nine Hostages was a mythic Irish high king, who according to legend was one of the most fruitful men in history. Recent DNA analysis has revealed that there may be truth behind these claims. Trinity College’s Professor Dan Bradley discovered that three million men descended from one Irish man—perhaps Niall.

One in 12 Irish men carry R1b1c7 Y-chromosomes. In northwestern Ireland, which corresponds with the U Neill dynasty’s holdings, the number rises to one in five. It also occurs in great concentration in Scotland and New York. Some speculate that 1 in 50 New Yorkers with European roots are descended from Niall. Irish names are derived from one’s paternal line and thus correlate with Y-chromosomes. The common surname “O’Neill,” means “descendants of Niall.” 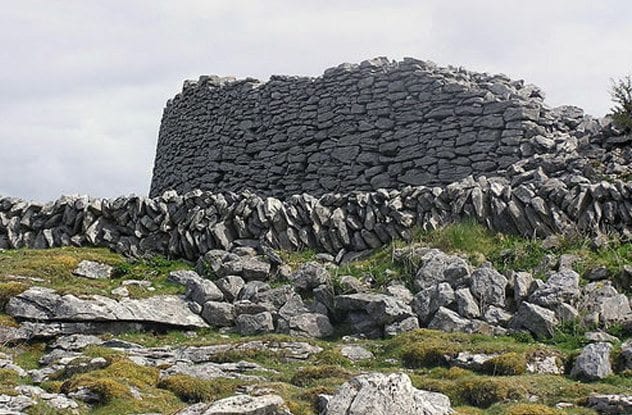 In 2014, excavations around County Clare revealed that Ireland’s early Christians hedged their spiritual bets with pagan practices. Archaeologists at Caherconnell unearthed a tomb belonging to a woman and two infants. One of the infants was between one and two years old, and the other died shortly after birth. The woman was about 45 years old and suffered from joint disease.

Radiocarbon dating revealed the burial dates between 535 and 645—well within the “Early Christian” period. However, the tomb contains many pagan elements. They were not buried within consecrated ground. Instead, they were placed in cists beneath a stony mound. Between the 10th and 11th century, a high-status Caher—or enclosure—was built over the tomb. This practice was common in pre-Christian Ireland. The enclosure’s drystone wall passed directly over the ancient grave. It may have been a form of ancestor worship, or a way to legitimize rule.

Archaeologists studying the oldest human burial in Ireland have made startling discoveries into the lives of the island’s early Mesolithic hunter gathers. Dated between 7530 and 7320 BC, the burial was located on the banks of the River Shannon in County Limerick. The tomb is unique, because its inhabitant had been cremated prior to burial. The site also contains evidence of post, which would have served as a grave marker.

Researchers discovered a highly polished stone axe—or adze—along with the cremated remains. It is believed to be the earliest known adze in Europe. Microscopic analysis revealed that the tool was little used and intentionally blunted, suggesting it was commissioned as a grave offering. The blunting may have been a symbolic gesture representing the individual’s death. The adze shocked researchers, who associated these tools with the arrival of agriculture in Europe 3,000 years after the burial. 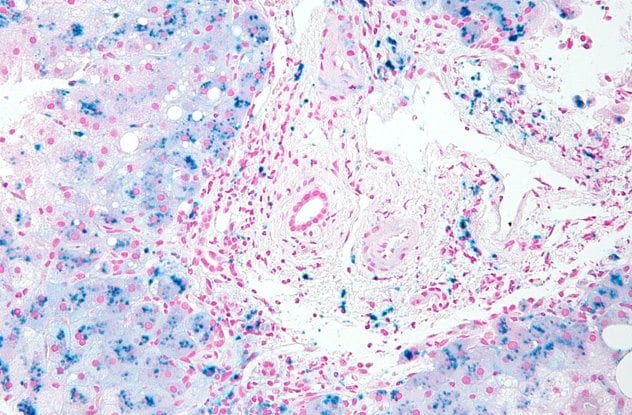 Hemochromatosis is a genetic disorder resulting in excessive iron retention. “Iron overload” is so common in Ireland it is known as the “Celtic Curse.” Genetic analysis reveals that this mutation was brought to the island by Bronze Age men with DNA originally from the Pontic steppe. Researchers compared the genetics of a 5,200-year-old Irish Neolithic farmer and Bronze Age men from 1,200 years later. The brown-haired, dark-eyed female had some hunter-gather ancestry but “possessed a genome of predominately Near Eastern origin.”

The Bronze Age men all had genes for blue eyes (carried the most common Y chromosome in modern Ireland), lactose tolerance, and the mutation of the C282Y gene leading to the “Celtic curse.” Some theorize that the ability to retain extra iron provided a survival advantage with Ireland’s grain-rich diet—or perhaps aided against parasites. The massive difference in genetics suggests Ireland witnessed a “profound migratory episode.” 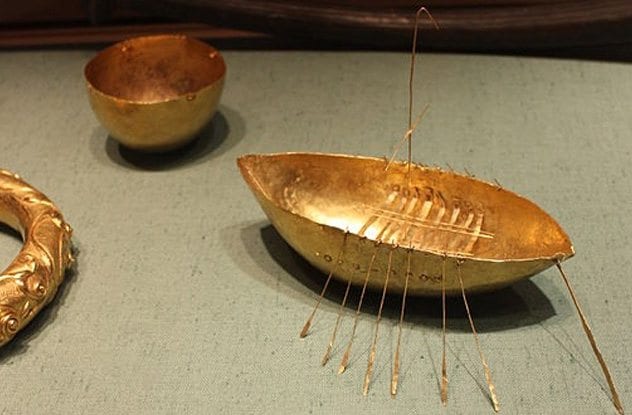 In February 1896, Thomas Nicholl and James Morrow unearthed the Broighter Hoard while plowing fields in Limavady, Northern Ireland. They took the treasure home and washed it—but had no idea they were holding gold from the first century BC. J.L. Gibson, who had hired Nicholl and Morrow, sold half the haul to a local antiquarian. Morrow’s sister sold another portion to a jeweler.

The most renowned piece in the hoard was a golden boat. The 7.5″ by 3″ boat contains two rows of nine oars, oarlocks, a paddle rudder, and benches. Initially, it did not receive much attention. However, archaeologists now believe it is the key to understanding the hoard. Some believe the gold was an offering to Manannan mac Lir—god of the sea. The presence of non-Irish loop-in-loop torcs—or necklaces—suggests that merchants with foreign interests likely made this offering to the “son of the sea.” 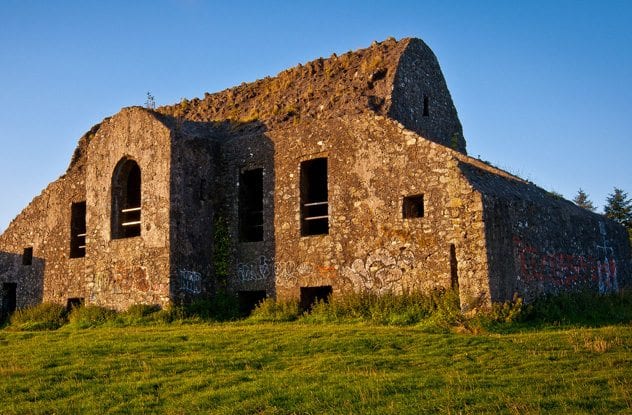 In October 2016, archaeologists discovered an ancient passage tomb beneath Dublin’s Hellfire Club. Jonathan Swift referred to the Hellfire Club as “a brace of monsters, blasphemers, and bacchanalians.” Designed for depravity and debauchery, the shooting lodge was built in 1725 for politician William Connolly. Researchers believe the tomb was destroyed during construction. Connolly died soon after the lodge’s completion and never lived there.

Symbols carved into dark rock revealed the burial’s entrance. The same motif appears on the entrance to Neolithic passage tombs throughout the country. It is typical of Neolithic burials, with a large circular mound with a stone passageway. The team suspects that lower levels remain intact. Researchers have discovered 5,000-year-old tools and bits of cremated remains. Radiocarbon dating will determine the tomb’s age. Researchers suspect that the tomb below the Hellfire Club may be part of an extended tomb complex throughout Dublin and Wicklow. 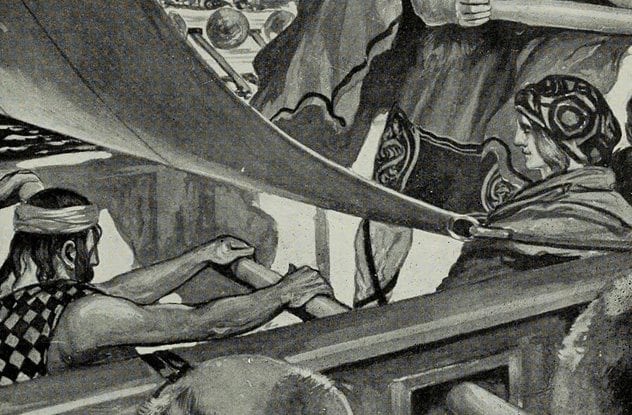 The mystery of the Milesians will never be solved. According to the medieval Christian text Lebor Gabala Erenn, these Spanish Celts from Galicia conquered Ireland. They derived their name from the legendary Mil Espaine—or “Soldier of Spain.” The ninth-century Historia Brittonum also mentions the Milesians, claiming that Mil Espaine became the father of the Irish Gaels. Despite no archaeological evidence of Spain invasions in Ireland, the legend persists.

More than 84 percent of Irish men carry the R1b haplogroup marker. Alastair Moffit of the genetic testing firm IrelandsDNA indicates that first farmers carrying the “G” marker arrived in Ireland around 4350 BC. However, around 2,500 years ago, this line was virtually obliterated—reduced to 1 percent of Irish men. R1b is very common in northern Spain and southwestern France. It is likely the Y chromosome was introduced from the south—lending some credence to the Milesian myth.

Dubbed the “Indiana Jones of folk music” by TimeOut.com, Geordie McElroy has hunted spell songs, incantations, and arcane melodies for the Smithsonian, Sony Music Group, and private collectors. A leading authority on occult music, he is also a singer of LA-based band Blackwater Jukebox.