As a mystical land filled with mythology and legends, it’s no wonder that Wales has its fair share of mysteries that have yet to be resolved. From the mountains of Snowdonia to the vibrant cities of the south to the ragged but beautiful coastline of the west, there are tons of incredible landscapes filled with spooky goings on. No matter what kind of mystery takes your fancy, from con artists to mass executions to extraterrestrial incidents, you’ll find them all throughout Wales’s illustrious and storied past.

So, what are the ten most spooky mysteries in Welsh history? Let’s dive in and find out more.

10 The UFO of Berwyn Mountains

The first on this list is a spooky tale with a strong feeling of conspiracy in the air. Known as the Roswelsh event after the similarities with the infamous Roswell extraterrestrial event in the U.S., the cause of this 1974 phenomenon is still up for debate, despite official MOD files being released back in 2010. Those who were local to the event smelled a coverup!

Witnesses claimed to see a bright ball of light overhead before feeling a huge tremor underfoot. Some say a UFO, some say an unregistered earthquake, and some say a combination of the two. Many have tried to make sense of it all, and the list of theories is long. Even still, no one really knows what happened, even those who live in the Berwyn Mountains.[1]

9 The Sunken Kingdom of Cantre’r Gwaelod

The Welsh ATLANTIS: Is There Another LOST Kingdom Under the Sea? | Ancient Architects Investigates

There are so many legends and mythological tales linked with Wales, especially the coastline around Cardigan Bay. One such story has a lot of parallels to the legendary Atlantis. Cardigan Bay is home to some outstanding coastal trails overlooking the bay, with many people saying that they can see glimmers of buildings underneath the water.

This has led to the story of the Sunken Kingdom of Cantre’r Gwaelod—a city that was once thriving had been lost to the waves due to the carelessness of a lock keeper called Seithenyn. As the story goes, he got too drunk one night and failed in this duty, leading to the whole kingdom being flooded and hit by a huge storm. People still claim you can see the buildings and hear the bells ringing out to this day.[2] 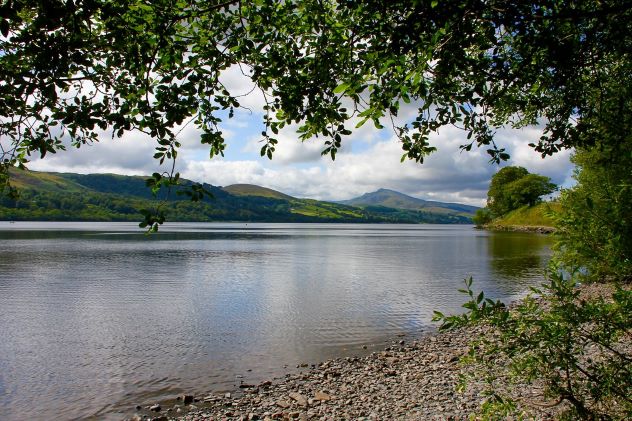 So you’ve probably heard about Nessie, the Loch Ness Monster, right? Well, Wales has its own watery monster that’s a little less well-known. Thought to be located in Llyn Tegid (Bala Lake in English) lies the legend of Teggie.

First spotted in 1975, Teggie is thought to be an amphibian of up to a whopping 12 feet (3.65 meters). There have been sightings throughout the years, but nothing substantial, much like Nessie. It seems like Nessie and Teggie are two British water myths that are cut from the very same cloth. Grab your binoculars and see if you can catch a glimpse of this magical and mystical being.[3]

7 What Happened to Trevaline Evans?

Normally, when a shopkeeper puts up a sign saying they’ll be back in two minutes, they’ll be back within the hour, right? Well, Llangollen shop owner and antique dealer, Trevaline Evans, put up this sign in 1990, and she has not been seen again.

The curious thing is that Evans left her coat and handbag in the shop, so she clearly thought she wasn’t going to be long. Her car was also parked less than 100 feet (30 meters) away and remained where it was. To this day, the case remains open, with calls for information still being asked for… over 30 years later.[4]

6 The Hanging Judge of Skirrid Inn

It’s no secret that Wales has a bloody history, just like the rest of the UK, and nothing demonstrates this more than the tales of the Skirrid Inn in Monmouthshire. This popular pub has a dark past as a courtroom, specifically one run by George Jefferys, a sadistic judge.

Jefferys was notorious for sending people to the gallows—he almost relished the act and the power. In fact, after the Monmouth Rebellion in 1865, he’s rumored to have hung 180 people. And not in the town square—no, in the pub itself. The rebels were, in fact, hung from a huge oak beam that is still there. It’s a morbid attraction, but one that is full of intriguing and spooky history. Have a pint and look out for the ghosts who are rumored to haunt the place.[5]

5 What Happened to Owain Glyndwr?

If you’ve been in Wales for any length of time or know any Welsh people, you’ll have heard all about Owain Glyndwr, the last native Prince of Wales. A national hero throughout Wales, he suffered a defeat to the English, led by Henry IV in 1400. However, no one knows what happened to the prince himself.

After his defeat, he fled and went on the run. The rest of the Glyndwr family were captured, but Owain’s men were loyal and kept him hidden for years, with the last sighting being around 1412. The mystery is that no one knows where he ended up, where his remains are, or how he died. It’s a curious ending to a huge figure in Welsh history that has baffled historians and stoked debates throughout the UK for generations.[6]

4 The Disappearance of Richey Edwards

One of the biggest mysteries in modern Welsh times is the disappearance of the rock star Richey Edwards. As the guitarist of the cult Welsh rock band Manic Street Preachers, Edwards was increasingly becoming more well-known. He joined the band in 1992, and by 1995, taking on America was on the immediate horizon.

In 1995, the band, including Edwards, was supposed to fly to America for a promo tour. Instead of leaving London for the airport, Edwards decided to drive to his homeland of Wales. After this point, he was never seen again. There’s a theory that he jumped off the Severn Bridge, but no evidence or bodies were ever found to corroborate this story. So, even to this day, we have no idea what happened to Richey Edwards.[7]

3 The Mystery Life of Violet Charlesworth 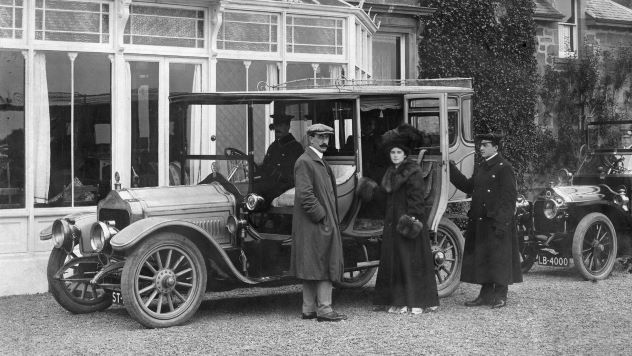 Although con artists are having a moment with Netflix adding numerous documentaries, one woman from Rhyl in North Wales, Violet Charlesworth, was in a league of her own. At just 24 years old, Charlesworth famously faked her own death after conning multiple men out of their fortunes.

She claimed to be the goddaughter of General Gordon of Khartoum, luring in prospective wealthy men with her fake £100,000 inheritance. Popular on the society pages for her opulent lifestyle, Charlesworth was caught, and Violet and her mother were sentenced to five years of hard labor, which was reduced to three. Following her prison stint, Violet Charlesworth and her mother disappeared off the face of the earth. As first-rate con artists, they could’ve been anyone, working any kind of graft. Who knows! Truly a 20th-century Anna Delvey![8]

2 Is Ynys Enlli the Site of Avalon?

When it comes to Arthurian legend and mythology, Wales has no shortage of claims. One of the most common legends is that of Avalon, the Vale between worlds with mystical properties. Arthurian academics and fanatics have worked tirelessly to try and connect the mythology and stories with real-world locations. The leading theory is that Ynys Enlli (Bardsey Island) off the Llyn Peninsula could be Avalon. Other theories also posit that it’s the final burial spot of King Arthur or Merlin. It’s a rich, legendary spot!

It’s already a mythical spot, being one of the leading pilgrimage spots throughout the 6th century. In fact, some say that this island was the second most popular pilgrimage sight behind Rome at the time. It was just that significant! It’s said that there are over 2,000 saints’ souls who have been laid to rest there, bringing all kinds of supernatural and religious properties to the island. Visit the island by boat and see if you encounter any ghosts of the pilgrims or saints that have been journeying to the island for centuries.[9]

1 The Haunting of Plas Teg

More often than not, haunted buildings are a result of a romance gone wrong. Located on A541 in North Wales lies the gorgeous but dark Jacobean mansion, Plas Teg, a property with a seriously spooky history.

The legend goes that Dorothy, the daughter of Sir John Trevor I, fell in love with a farmer’s son. Obviously, her father did not approve, so Dorothy planned to elope with her beloved. In order to start their new life, she buried some jewels in the ground outside Plas Teg that she’d dig up to help them begin their marriage.

Unfortunately, things did not go to plan. Under cover of darkness, Dorothy wandered over to the spot where she buried her jewels but accidentally fell down a well to her death. Until today, visitors still claim to see the ghost of a young girl in a white dress wandering the grounds, trying to find her jewels and her beloved. See if you can spot her or the jewels on your next visit.[10]