Phoenicians are among the most influential and least understood ancient people. Between 1550–300 BC, they dominated Mediterranean trade and explored uncharted regions. They invented the alphabet we still use today and founded Western Europe’s earliest cities. They never formed a single political unit and only existed as independent city-states connected by culture.

Originally from modern-day Lebanon and Syria, they established colonies throughout the Mediterranean and gave birth to Carthage, which threatened to crush the fledgling Roman Empire. The impact of these enigmatic ancient Easterners is inescapable—even today. 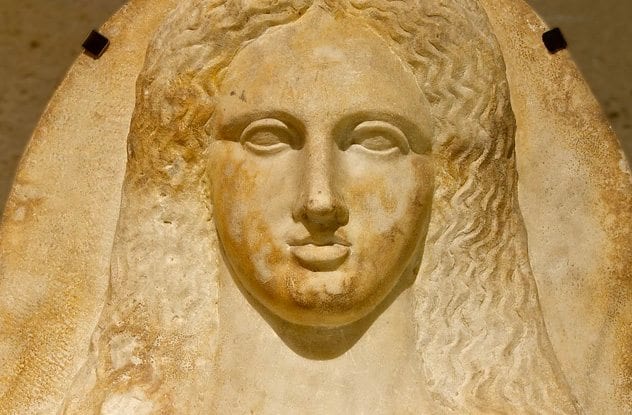 The Phoenician civilization may be lost to time, but the genetic legacy of these ancient seafarers lives on today. National Geographic’s Chris Tyler Smith tested the DNA of 1,330 men from Phoenician hubs of Syria, Palestine, Tunisia, Cyprus, and Morocco. Analysis of their Y-chromosome revealed Phoenician-descended men make up at least 6 percent of the modern population of these ancient trading centers.

The study only focused on Y-chromosomes, which are exclusively inherited by males. Australia National University’s Colin Groves points out, “This means you find such genetic traces only if there has been an unbroken male line in that area. If a man only has daughters, his Y chromosome dies out.” The findings do not suggest that Phoenician ancestry is restricted to the regions in the study. Grove notes, “It means only that Phoenicians were there in sufficient numbers that chance events have not eliminated the Y chromosome traces.” 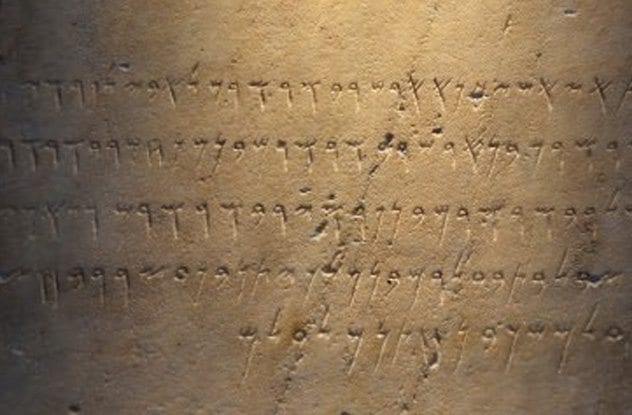 The Phoenicians developed the basis for our alphabet in the 16th century BC. By 3000 BC, the Egyptians and Sumerians had invented complex symbolic writing systems. Phoenician merchants were inspired by these early attempts at symbolic communication but wanted to develop a version that would be easier to learn and use. These master merchants discovered that words were composed of a small number of repeating sounds—and these sounds could be represented with only 22 symbols arranged in various combinations.

While the Phoenician language contains vowel sounds, their writing system eliminated them. Today, this lack of vowels can still be found in Hebrew and Aramaic, which were both heavily influenced by Phoenician script. By the eighth century BC, the Greeks adopted the Phoenician system and added vowels. Romans also took up the Phoenician alphabet and developed it into a nearly identical version to the one we use in English today. 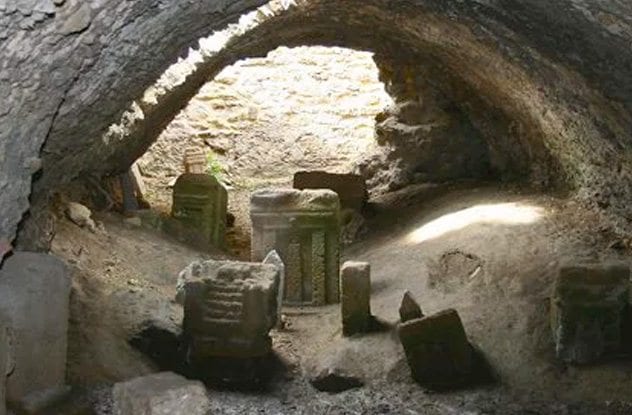 Much of what we know about the Phoenicians comes from their enemies. One of the most enduring pieces of anti-Phoenician propaganda has been that they practiced child sacrifice. Oxford’s Josephine Quinn revealed there is truth behind these lurid tales. To seek divine favor, Phoenicians sacrificed infants and buried them with offerings and ritual inscriptions in special graveyards. Child sacrifice was not common and was reserved for elites due to the high cost of cremation.

Archaeologists have discovered child sacrifice graves around Carthage in modern-day Tunisia and other Phoenician colonies in Sardinia and Sicily. Named after the Bible’s account of a place of sacrifice, these “tophets” contain urns packed with carefully cremated, tiny bodies. While some see this as definitive evidence of child sacrifice, others suggest this is reverence for infants who died shortly after birth. Quinn disagrees, indicating the archaeological, epigraphic, and literary evidence is overwhelming in favor of child sacrifice. 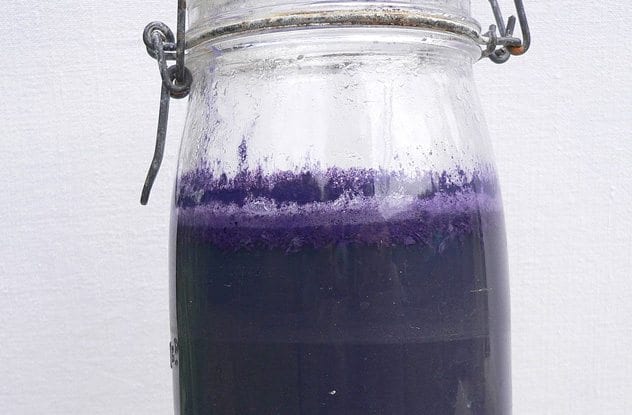 Tyrian purple is a dye produced from the murex shellfish. It first appeared in the Phoenician city of Tyre. The dye’s difficulty to manufacture, striking hue, and resistance to fading made it desirable and expensive. Phoenicians gained international fame and vast wealth as this dye was worth more than its weight in gold. They are credited with introducing it to Carthage, where it in turn spread to Rome and became their definitive status symbol.

Rome passed a law forbidding anyone but the Empire’s elite to wear Tyrian purple. Garments of this color became the definitive sign of power. Senators of great acclaim were allowed to wear a purple stripe on their toga. In 1204, the sacking of Constantinople ended Tyrian purple trade. No subsequent leaders in formerly Byzantine controlled areas could raise the resources for an industry where 10,000 murex were required to produce 1 gram of dye. 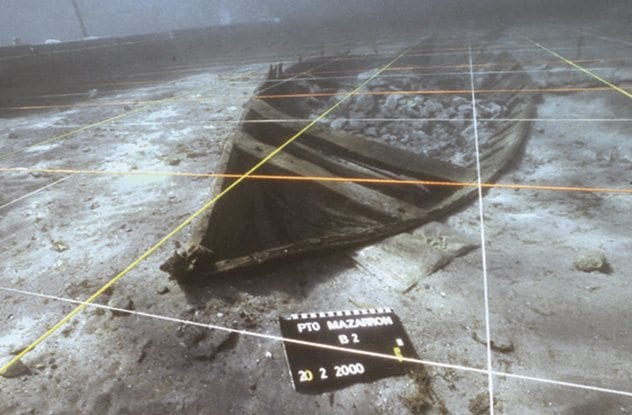 According to legend, the Phoenicians reached Britain, navigated around the southern edge of Africa, and made it to the New World thousands of years before Columbus. British adventurer Philip Beale, 52, set out to discover whether these journeys of exploration were possible in ancient Phoenician vessels. Beale hired archaeologists and shipbuilders to design and build the Phoenicia—a 65-foot, 50-ton vessel based on a galley wreck in the western Mediterranean.

Beale and crew set out from Arwad Island off the coast of Syria. They cut through the Suez Canal into the Red Sea, sailed down the east coast of Africa, and around the Cape of Good Hope. After sailing up the west coast, they entered the Straits of Gibraltar and returned to Syria. The six-month expedition cost over £250,000 sterling, covered 20,000 miles, and proved the Phoenicians could have circumnavigated Africa 2,000 years before Bartolomeu Dias in 1488. 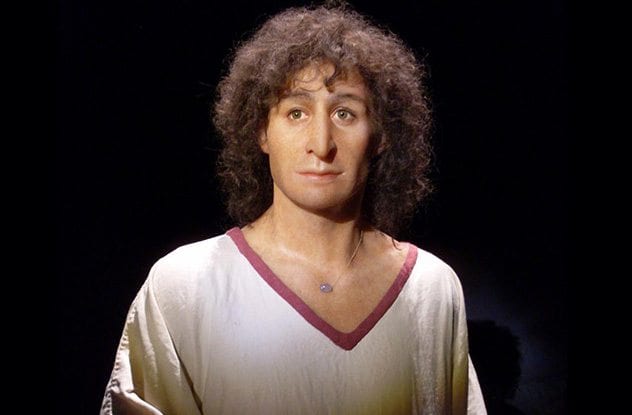 In 2016, analysis of a 2,500-year-old Phoenician discovered in Carthage revealed rare European genetics. Dubbed the “Young Man of Bursa,” the man belonged to haplogroup U5b2c1. This maternal genetic marker traces the man’s ancestry to the north Mediterranean coast—likely the Iberian Peninsula. Associated with hunter-gather populations, U5b2c1 is one of the oldest known European haplogroups. Today, this rare genetic marker is found in only 1 percent of Europeans. New Zealand’s University of Otago geneticists were shocked to discover that his maternal genetics were most similar to modern-day Portuguese.

Phoenician culture emerged from present-day Lebanon. However, the team discovered no trace of U5b2c1 in over 50 modern Lebanese sampled. Researchers suspect that farmers from the Near East displaced this ancient hunter gather lineage. Discoveries of U5b2c1 in northwest Spain suggest this lineage held out in the Iberian Peninsula’s hinterlands and offshore islands before being incorporated into Phoenician trade routes. 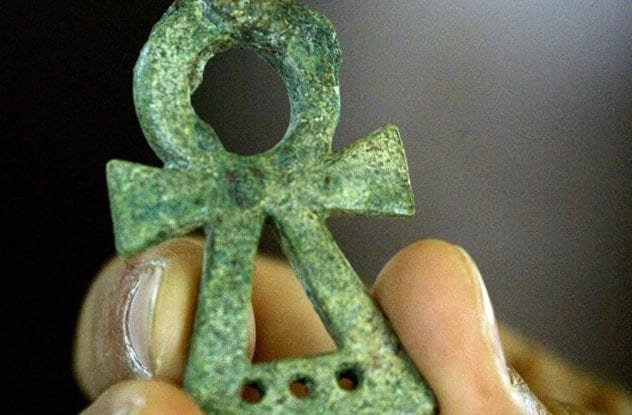 In 2014, archaeologists excavating the southern Lebanese city of Sidon made one of the most important discoveries of Phoenician artifacts in the last half-century. They unearthed a 4-foot statue of a priest dating to the sixth century BC. The priest wears a “shenti“—or pleated kilt—and clutches a scroll. Researchers also discovered a bronze symbol representing Phoenician goddess Tanit. The shape is uncannily similar to an Egyptian ankh.

In addition to the artifacts, the archaeologists found undiscovered rooms dating to the third millennium BC and 20 graves dating to the second millennium BC. Only three other depictions of Phoenician priests have been discovered so far—in Sidon, Umm al-Ahmed, and Tyre. All are currently housed in the Beirut National Museum. Along with the artifacts, hidden chambers, and burials, researchers discovered a 200-kilogram deposit of charred wheat known as einkorn and 160 kilograms of broad bean. 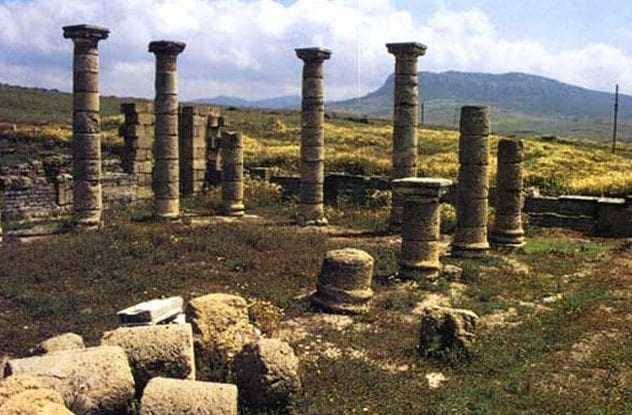 According to legend, Phoenicians founded the Spanish city of Cadiz in 1100 BC. Until 2007, this was mere myth. However, archaeologists discovered remnants of a wall and traces of a temple dated to the eighth century BC. They have also unearthed Phoenician pottery, jars, bowls, and plates. Funeral relics and intricate broaches suggest Phoenician Gadir—or “Fortress”—was a highly sophisticated urban center.

During the excavation of a Cadiz comedy theater, archaeologists discovered two skeletons that are illuminating the complex story of Phoenician colonization of the Iberian Peninsula. Spanish geneticists analyzed the DNA and discovered one individual was a “pure” Phoenician and died around 720 BC. He was found to have both haplotypes HVOa1 and U1A—both of which are Middle Eastern in origin. Dated to the early sixth century BC, the other skeleton had HV1 maternal DNA, which is common in Western Europe and suggests his mother was a native Iberian. 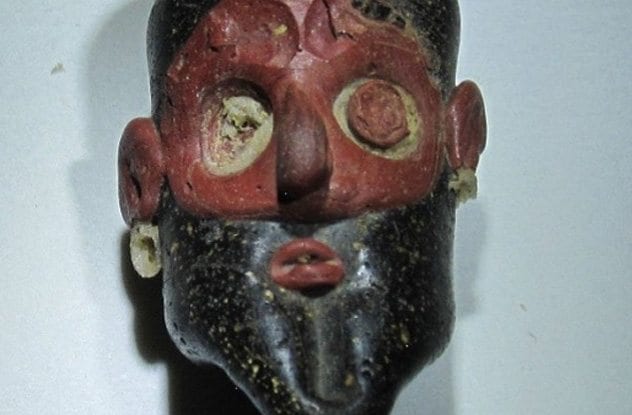 In September 2015, the Canadian government returned an ancient Phoenician pendant to Lebanon. Canadian border patrol seized the tiny glass pendant on November 27, 2006. For nearly a decade, the object no bigger than a fingernail remained in legal limbo. In May 2015, a federal judge ruled that the piece needed to be returned to Lebanon under the 1970 UNESCO convention, which stipulates cultural property must be repatriated if exported illegally.

The glass bead depicts a bearded man’s head. An expert from Montreal Museum of Fine Arts verified its authenticity and dated it to the sixth century BC. The expert also confirmed that it had originated in modern-day Lebanon. While it is valued at $1,000, the bead is worth far more for its cultural value. Spokesperson for the Lebanese Embassy Sami Haddad revealed, “This is a very important antiquity. Glass making wasn’t known around the world and Phoenicians invented it.” 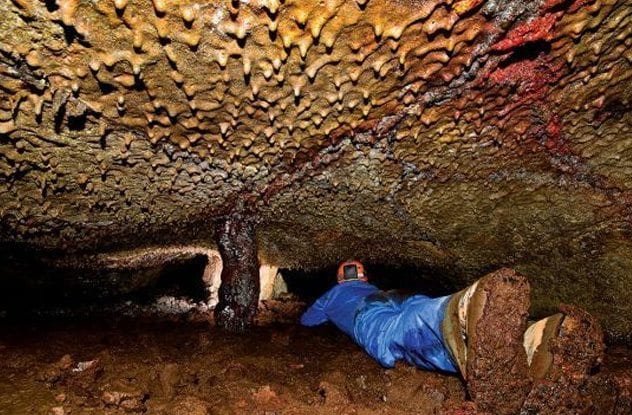 The Azores lie 1,000 miles off the coast of western Europe. When the Portuguese arrived in the 15th century, the islands were believed to be untouched by mankind. However, archaeological evidence leads some to believe that Phoenicians reached this archipelago thousands of years previously. One-third of the way between Europe and North America, the Azores are considered an essential jumping off point for trans-Atlantic journeys, offering tantalizing hints of pre-Columbian exploration of the New World.

In 2010, Portuguese Association of Archaeological Research’s Nuno Ribeiro reported finding mysterious stone carvings on Terciera Island suggesting the Azores had been settled thousands of years before previously believed. Ribiero revealed that he had discovered multiple structures dating to the fourth century BC, which he believes are remnants of Carthaginian temples built to the Phoenician god Tanit. In 2013, a commission declared Ribiero’s so-called structures to be natural rock formations. However, not everyone agrees.

Dubbed the “Indiana Jones of folk music” by TimeOut.com, Geordie McElroy has hunted spell songs, incantations, and lost melodies for the Smithsonian, Sony Music Group, and private collectors. A leading authority on occult music, he is also the singer of LA-based band Blackwater Jukebox.