Humans have been around for a long time. We’ve seen and accomplished what might be thought of as miracles, but something in our nature doesn’t just let a miracle rest. When an amazing thing happens, we immediately set out to duplicate it. This is seen in how we judge scientific experiments (“Can the results be replicated?”) and is found on playgrounds everywhere. (“I bet you can’t do it again!”)

Some of our greatest, most difficult accomplishments have been repeated. When humans put a man on the Moon, we did it 11 times after that. Even some of the craziest oddities in nature have been witnessed more than once. Did you know the Mississippi River has flowed backward three times? 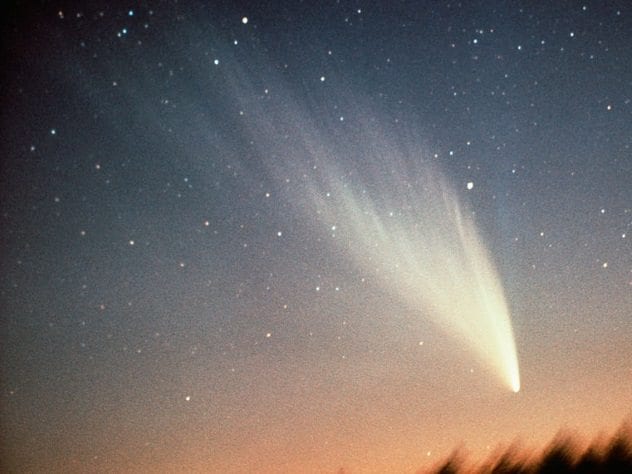 Visible in March 1976, Comet West, named after astronomer Richard West, who first observed it, was a remarkable sight that reached an apparent magnitude of –3. That’s brighter than Jupiter ever appears from Earth. While impressive, its place on this list is not because of its brightness but its orbital period.

Some comets are once-in-a-lifetime events, such as the famous Halley’s Comet, which orbits the Sun once every 76 years, but Comet West is estimated to orbit the Sun only once every 250,000 years. This figure is by no means certain; loss of mass or interactions with other solar bodies could change the comet’s orbit. Of course, 249,000 years is still a lot.

Regrettably, Comet West was not well-reported by the media. Prior to that, Comet Kohoutek had been hyped up but was a disappointing display, which led to Comet West’s lack of coverage. Some of us missed its visit in 1976, and we’re somewhat unlikely to see its next. 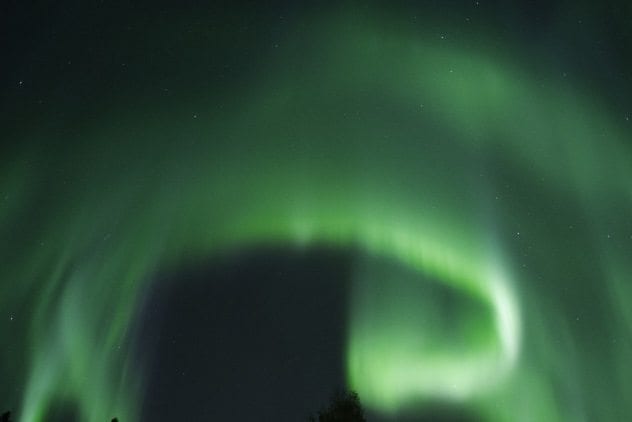 The Carrington Event was a geomagnetic storm caused by a massive solar flare at 11:23 PM on September 1, 1859. The flare was observed by Richard Carrington and hit the Earth’s magnetosphere the next morning, lighting the predawn sky with auroras seen as far south as Jamaica. Newspapers could be read in the light of these auroras.

More troubling was that telegraph wires the world over sparked and caught fire. Even when disconnected from their power sources, they were able to send messages because of the electrical currents caused by the event. Until that day, no one was aware that solar flares existed.

We routinely observe solar flares now, but the Carrington event was unique because of a combination of two things: It hit us, and it was massive, the largest solar flare to hit Earth in at least 500 years. If a similar event happened today, it would cause an estimated $1–2 trillion in damage. Here’s hoping it maintains its place on our list.

8 The Eradication Of A Human Disease 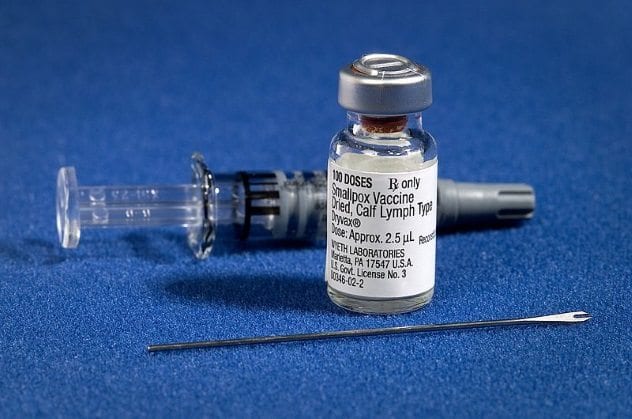 When the goal was set to eradicate smallpox in 1967, there were still an estimated 10 to 15 million cases a year, resulting in two million deaths and millions of disfigurements as well as leaving hundreds of thousands blind. It took more than a decade, but the last case of smallpox occurred in 1978, and the disease was declared officially eradicated in 1979. It is the only human disease to be completely eradicated from our population.

Prior to this, it had been a danger for 3,000 years and was only eradicated by the coordinated efforts of countries from around the world. In all, the complete destruction of one of mankind’s oldest and cruelest enemies cost roughly $100 million. It was a good deal.

Smallpox was the first disease fought on a global scale—but not the last. Other diseases are being combated in similar ways. Dracunculiasis, measles, and taeniasis, among many others, are being pushed toward total eradication. It’s safe to say that we’re all rooting for this list entry to be out-of-date as soon as possible. 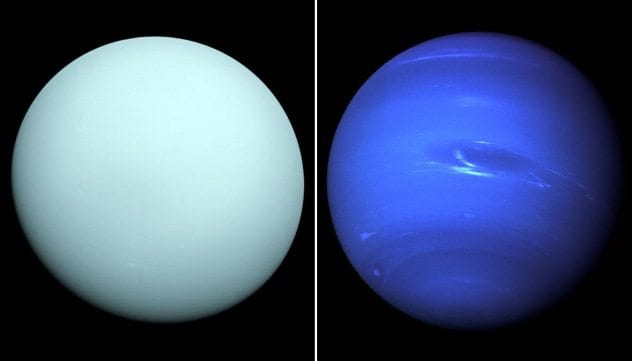 The only man-made object ever to have gone to either Uranus or Neptune was the Voyager 2 spacecraft. During its flyby of Uranus, Voyager 2 came within 81,400 kilometers (50,600 mi). With just 5.5 hours to study the giant, it found that Uranus’s atmosphere was 85 percent hydrogen and 15 percent helium, that there was a boiling ocean 800 kilometers (500 mi) below the planet’s clouds, that its magnetic field was surprisingly aligned toward its equator, and that the planet had 10 more moons than previously known.

Its flyby of Neptune produced just as many surprises, such as the existence of the Great Dark Spot and active geysers on Neptune’s moon, Triton. These unique visits account for much of what we know of these planets.

It would be fair to mention that Voyager 2’s sibling is no slouch (and a bonus item for this list). Voyager 1 is the first and only man-made object to reach interstellar space, which is where the Sun’s magnetic field and constant flow of material stop affecting things. In other words, it’s in the space between stars.

6 A Capture Of Warships By Cavalry 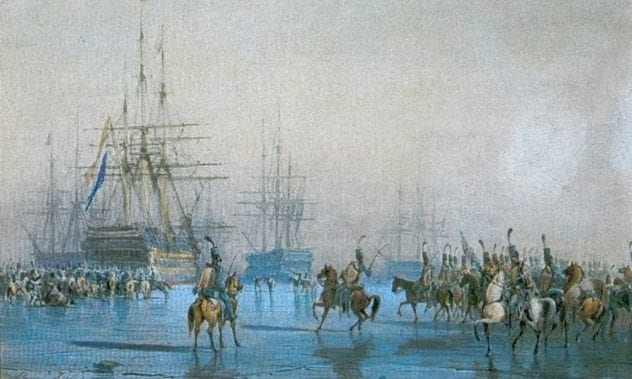 The winter of 1795 was so cold that a Dutch fleet anchored near the island of Texel was frozen in the water during the French Revolutionary War. This allowed the French, under the command of Louis Lahure, to assault the warships on horseback. The result was 14 ships captured.

There is some dispute over how much of a battle actually took place. The Dutch report states that it was less of a battle and more of a discussion to comply with French orders, not to set sail, and to maintain military discipline. One Dutch surgeon aboard a captured ship reported quite calmly, “On Saturday morning, my servant informed me that a French hussar stood near our ship. I looked out my porthole, and indeed, there stood an hussar.”

Lahure later reported on the attack:

When the ships saw us, they prepared their defenses. I sent some tirailleurs ahead, and followed with the rest of my forces. The fleet was taken. The sailors received us [willingly] on board . . . This is the true story of the capture of the Dutch fleet, devised and executed by a 23 year old Chef de Bataillion.

French naval painters have portrayed the incident as a glorious battle, and that is how it is often remembered. Battle or not, the fleet was taken by the French in the one and only recorded capture of warships by cavalry. 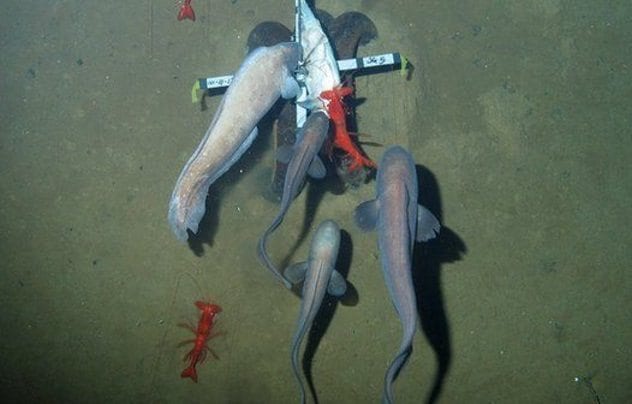 We may feel that there are few places left unexplored on Earth, but there are notable exceptions on the ocean floor. Our oceans are home to some 30 deep sea trenches, and as a species, we’re only just beginning to explore their mysteries. One example is the New Hebrides Trench, a 7,200-meter (23,600 ft) underwater gash that sits about 1,600 kilometers (1,000 mi) north of New Zealand, which has been visited only once by an unmanned lander.

The expedition in late 2013 found that not all deep sea trenches are alike. Creatures such as grenadiers, which are readily found in other trenches, were completely absent in New Hebrides. On the other hand, the usually rare cusk eel teemed in this particular trench. On our own planet, there still are places we’ve only seen once, let alone ever visited in person.

4 A Human Completely Cured Of HIV 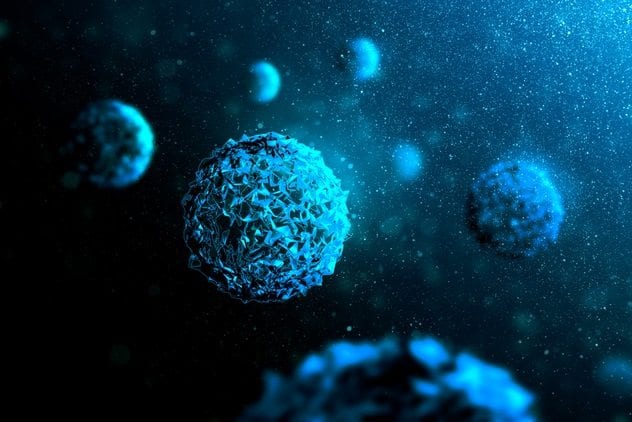 Around 35 million people have died due to human immunodeficiency virus (HIV), and 1.1 million died in 2015 alone. With an estimated 36.7 million people living with the disease, it may seem surprising that only one human has ever been completely cured of it: Timothy Brown. This was accomplished by a bone marrow transplant from a donor with a genetic mutation that makes immune cells resistant to HIV infection.

Mr. Brown has remained cured of HIV since his treatments in 2007 and 2008. Because of the nature of his cure, it is very difficult to replicate Mr. Brown’s success, but doctors and scientists are still hunting for a way to remove this accomplishment from our list with gene therapy and other similar methods. 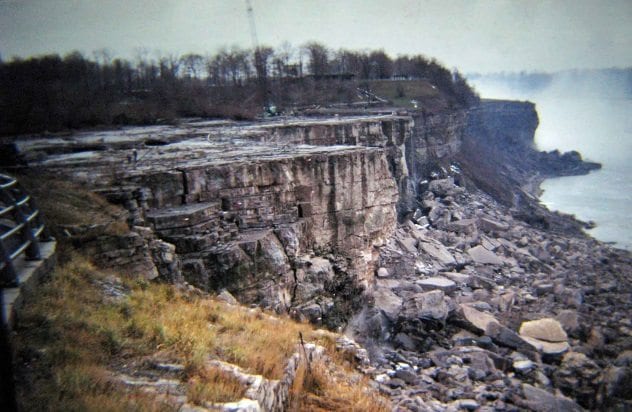 Though usually flowing at a rate of roughly 567,800 liters (150,000 gal) a second, the American Falls and the Bridal Veil Falls ran dry for several months in 1969. These are two of the three waterfalls that make up Niagara Falls, the third being the Horseshoe Falls. Their drying was to accommodate repair and preservation of the famous landmark.

Unsurprisingly, this lead to an increase in tourism. 89,790 people were recorded visiting in just one weekend. Some of those were even able to walk the dry riverbed, despite police warnings that doing so was dangerous.

The work was eventually complete, and the waters were released. Many hoped for an enormous wave of rushing water, but instead, the waters were released gradually until the flow returned to normal. It has stayed so ever since, but there has been some recent talk of drying the falls again for bridge repair and removing it from our list.

2 A Hurricane In The South Atlantic 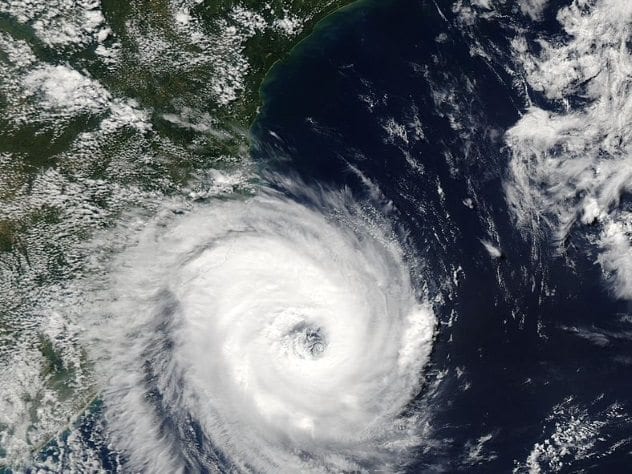 Large storms are a common enough occurrence in the North Atlantic, with an average of 12 tropical storms and six hurricanes per season, but since 1974, only nine tropical storms have been observed in the South Atlantic. The reasons for this are a lack of preexisting disturbances and a commonly high vertical wind sheer, which disrupts the formation of these powerful storms.

Still, one of those rare South Atlantic tropical storms eventually developed into a hurricane: Cyclone Catarina. It made landfall as a Category 1 hurricane in March 2004, the only hurricane ever recorded in the South Atlantic. Named unofficially by Brazilian meteorologists, this hurricane reached wind speeds of 127 kilometers per hour (85 mph), damaged 36,000 homes, and killed at least three people.

1 A Flood Of Beer 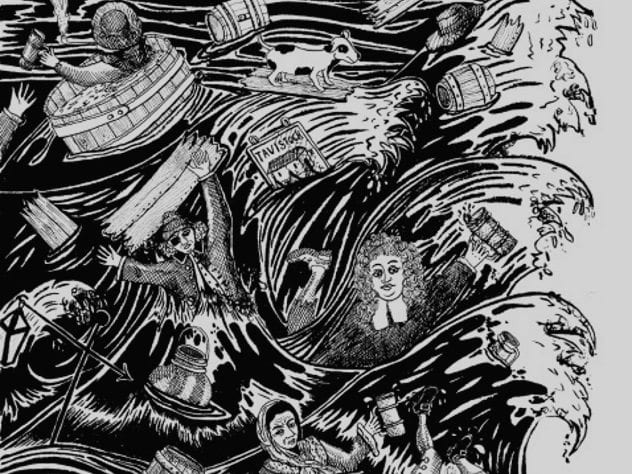 The Horse Shoe Brewery, at the corner of Great Russell Street and Tottenham Court Road in St Giles, London, owned an incredible, 6.7-meter-high (22 ft) fermentation tank. This tank was in the process of brewing a brown porter ale on October 17, 1814, when one of the iron rings holding the structure together snapped. An hour later, the entire fermentation tank burst, releasing more than 1.2 million liters (320,000 gal) of fermenting beer.

In all, eight people died in the event itself, with another nine opportunists perishing some days afterward from alcohol poisoning. The brewery was taken to court on account of the unique flood, but the entire incident was ruled an act of God, and no one was held responsible. We may never see another flood like it, but you can commemorate the event every year at The Holborn Whippet, a local pub that brews a special anniversary ale to remember the one and only London Beer Flood.