Americans get all the good conspiracies. If the Internet is right, Americans have faked everything from terrorist attacks to Moon landings. They have a secret army base full of space aliens. They even have a government run by reptilian Illuminati shape-shifters who—if we understand this correctly—are both Jews and Freemasons.

But that doesn’t mean the US is the only country with good stories. People all around the world are convinced that their leaders are conspiring in the shadows. They might not have America’s military-industrial complex, but they have their own conspiracies drawn from their unique problems. 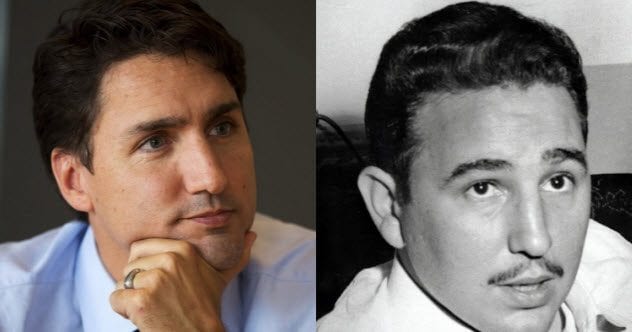 The current Canadian prime minister, Justin Trudeau, is a sort of Canadian royalty. His father was Pierre Trudeau, one of Canada’s most influential prime ministers, and that little fact definitely helped him win the leadership of his country. But according to some people, Justin isn’t Pierre’s son at all. In fact, Justin’s father isn’t even Canadian.

People on the Internet have started pointing out that Justin Trudeau looks eerily similar to former Cuban dictator Fidel Castro. And that’s kind of relevant—because his mother knew Castro. According to a biographer, Justin’s mother, Margaret, was “captivated” by Fidel Castro. And Castro was interested in her. When he met Pierre Trudeau for dinner, Castro insisted that Margaret join them.

That would be a pretty damning story, except that it happened after Justin was born. Plus, Justin was born nine months after his parents’ honeymoon. So if his mother had an affair, she did it the second she got married. 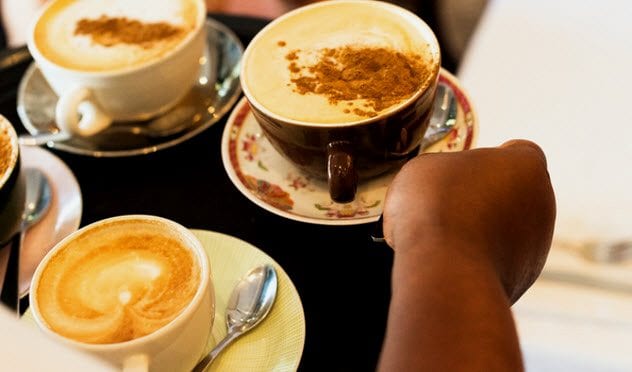 In 1995, South Africa won the Rugby World Cup. It was a proud moment for a nation recovering from apartheid. For the first time, they had formed a mixed-race team and beat New Zealand to win the Webb Ellis Cup. It couldn’t have been more perfect.

Unless, of course, you lived in New Zealand. The people of New Zealand weren’t so happy about losing, and they have a different version of the story. Some New Zealanders insist that South Africa didn’t win because of the magical power of racial harmony. They won by poisoning the other team.

The New Zealand players went out for dinner shortly before the match. There, a waitress named Suzie guided them to a special section of the restaurant and served them tea and coffee. Those drinks, some claim, had been poisoned—most likely on the special order of Nelson Mandela.

It’s claimed that several members of the team were vomiting and had diarrhea after the meal. They were back on their feet before the match started, but they were exhausted and weakened. South Africa won, but their real star player was a waitress named Suzie.

8 A Star Racehorse Was Kidnapped For Gadhafi
Ireland 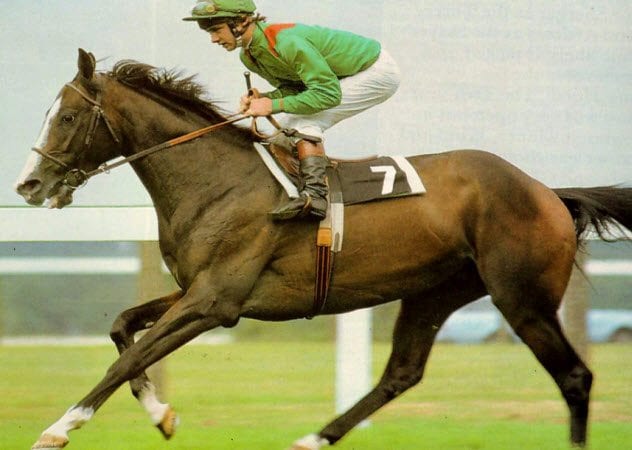 Shergar was the pride of Ireland in the early 1980s. He was a record-setting racehorse that was worth a fortune as a stud after his retirement. He made his owners a fortune—until he was kidnapped.

In 1983, a group of armed and dangerous men broke into the home of Shergar’s keeper, Jim Fitzgerald. They held Fitzgerald’s family at gunpoint while they loaded the horse into a horse box and drove away. They even threw Fitzgerald into a car and dropped him off in a field to keep him from chasing them.

They also left Fitzgerald with a demand: If he wanted to see Shergar again, he’d have to pay £2 million.

That part is not a conspiracy theory. It really happened. The thing is, nobody knows who did it. Most people think it was the IRA, which holds up pretty well because they said they did it. An IRA member claimed that they stole the horse and gunned it down when they realized they wouldn’t get the money.

But some theories are more exotic. Some believe that Shergar was taken by the Mafia in New Orleans. Others insist that they saw Shergar trotting across the Libyan desert with Colonel Gadhafi riding on his back. 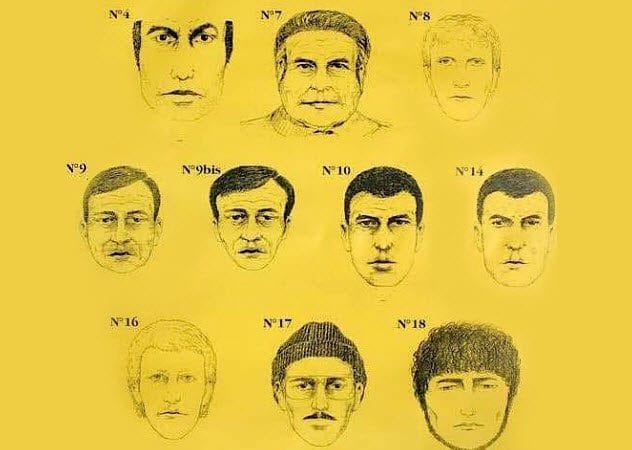 There’s a whole conspiracy to cover them up, and it’s a popular enough belief that the authorities have launched a probe into it. One police officer told the investigating committee that the Pink Ballet members had stolen evidence.

“There used to be a photo in the judicial files of an army general, stark naked, during one of the Pink Ballets,” the officer claimed. “But now it is gone. We cannot find it anywhere.”

A minority, though, believes that it goes further than just sex. Some think that the Pink Ballets aren’t just orgies—they’re satanic child sex rituals that leave dead children in the sewers. One conspiracy theorist even claimed, “Belgian women may have been impregnated only for the purpose of producing children to be killed as ritual sacrifices during black masses.” 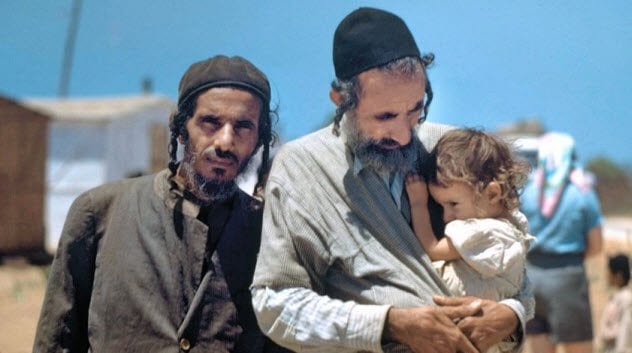 Between 1948 and 1953, nearly 5,000 children went missing in Israel, mostly from Yemenite families. Some insist that the children were abducted under a secret, government-approved program to steal children from Yemenite parents. The kids were then handed over to Holocaust survivors who had lost their own children.

There’s actually some support for this one. Some Yemenite mothers claim that, after giving birth and hearing their babies cry, they were told that their babies were stillborn. Others claim that they sent their children for immunizations and the children never came back. Still others say that there was a black market for children set up in Israel.

The conspiracy theory is popular enough that Israel even held a state panel to investigate it. They weren’t able to prove that it had ever happened, but many still insist that it’s true. 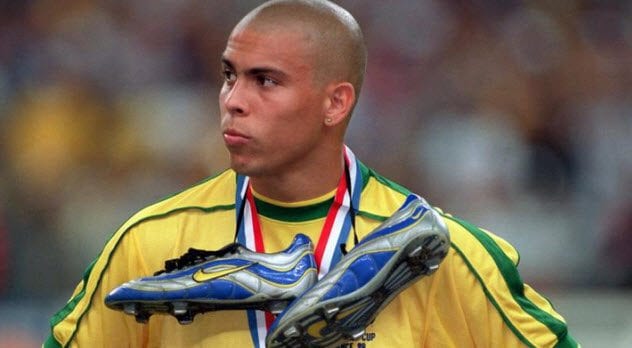 In 1998, Brazil lost the FIFA World Cup to France. It shocked the world. Brazil had the greatest football in the team, and nobody expected France to win—least of all Brazil. They figured that the only way they could have lost was if France cheated.

At the very least, France got an unexpected advantage. The day before the final match, Brazil’s star player, Ronaldo, became incredibly ill. He started having convulsions and foaming at the mouth. Originally, the team thought he was too sick to play. But Ronaldo showed up 40 minutes before kickoff, insisting he be put on the field.

At least, that’s the official story. But according to conspiracy theorists, Ronaldo was away for another reason altogether. They insist that France had offered Brazil £15 million and the chance to host the next World Cup if they threw the match.

According to this theory, Ronaldo came late because he didn’t want any part in it. He only showed up because Nike, which was supposedly involved in this, threatened to cut Ronaldo’s sponsorship fees if he didn’t play.

Which just goes to show that the French only won by cheating. Well, either that or Brazil really doesn’t like losing.

4 State House Has Been Cursed
Zambia 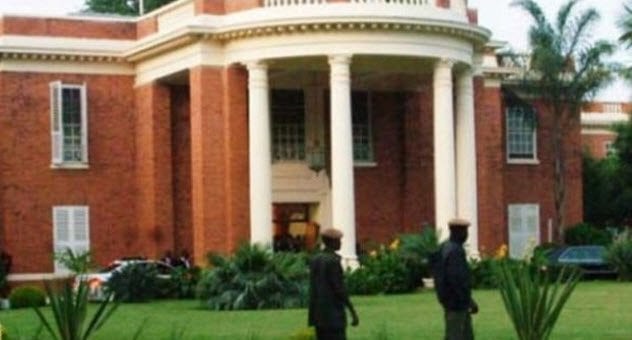 So many Zambian presidents died in a row that people started wondering if State House (the presidential palace) was cursed—and it kind of made sense.

When Frederick Chiluba came into power, he told the people that the country had been cursed because the previous president, Kenneth Kaunda, had followed pagan religions. In particular, Kaunda had set up a building called the David Universal Temple next to State House and didn’t let anyone know what happened inside.

Chiluba had exorcists cleanse the temple, but some people think that Kaunda had cursed State House. Not long afterward, Zambian presidents started dropping like flies. 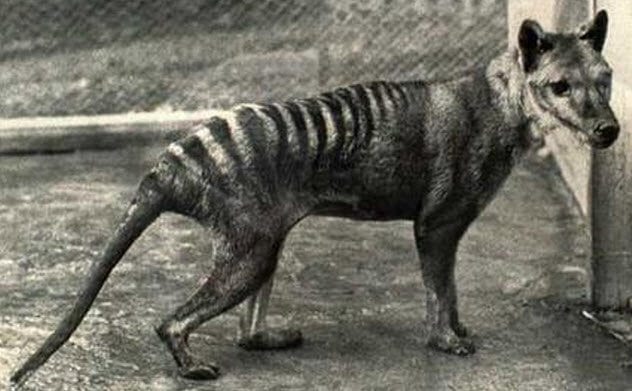 The Tasmanian tiger has been extinct for 80 years—or, at least, that’s what the man wants you to think. However, a whole group of people in Australia insist that the animals are still out there, roaming the outback.

In 2013, one team of cryptozoologists gathered up feces that they were pretty sure had come from a Tasmanian tiger. The cryptozoologists sent the feces off for DNA testing. They were sure that at least 300 tigers were roaming the countryside.

Scientists remain unconvinced, and the official record says that there is “no conclusive evidence” that Tasmanian tigers are still alive. The truthers, though, say that scientists are part of the problem. Science, the truthers say, won’t even try to look for the tigers, no matter how much evidence is found. 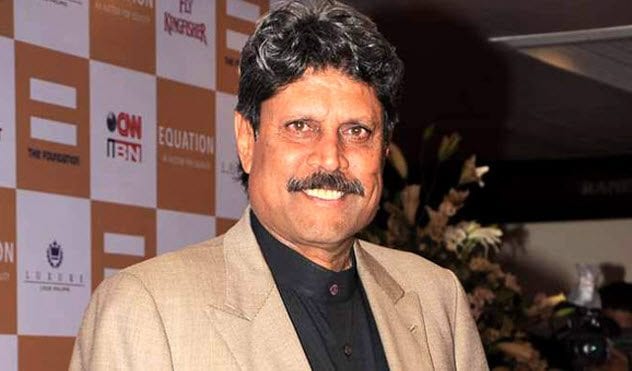 Scandal erupted in India when rumors started spreading that their cricket matches were being fixed by none other than Kapil Dev. That’s right—THE Kapil Dev.

In the year 2000, though, rumors started spreading that Indian cricket matches were being fixed. The Mumbai police commissioner reported that the 1997 Titan Cup was “definitely fixed” and a whole slew of major names were caught paying a South African team to throw the match.

Kapil Dev got through the year unscathed, but a lot of people pointed fingers at him. One player claimed that Kapil Dev had offered him £35,000 to throw a match. In addition, the secretary of the Board of Cricket Control in India named Dev as one of the biggest match-fixers in the country. 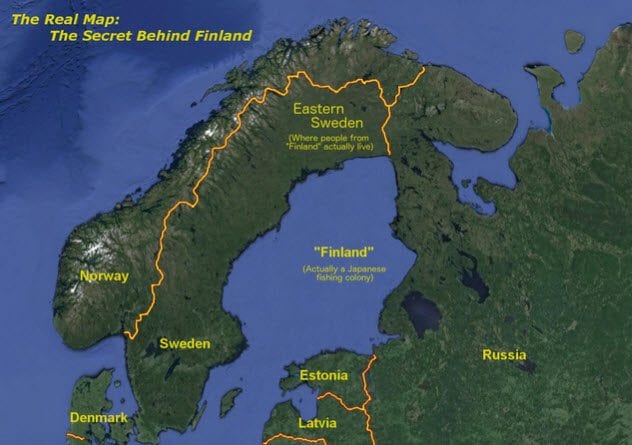 This one actually started as a joke. A reddit user told a story claiming that his parents had raised him to believe that Finland didn’t exist. He just wanted to get people to laugh, but a lot of them didn’t totally get that he was kidding. So his joke accidentally turned into one of the craziest conspiracy theories out there.

Some people now believe that Finland is actually a sea. Maps are lying to us. The Japanese own it and use it to fish beyond their regulated limits. Then they send those fish across the Trans-Siberian Railway (which was also created by Japan) disguised as Nokia products.

According to the conspiracy theory, this is why Japan imports so many Nokia products. They’re not buying phones. They’re buying fish. The UN perpetuates the lies about Finland being a country because they use it as an ideal. Every new story you hear about Finland is a made-up story about an imaginary utopia, spread to give the world something to aspire to.

The theory doesn’t deny that some people legitimately believe that they live in Finland. But they have been duped. Really, they live in Sweden.