The average person throws away about 3 kilograms (7 lb) of trash a day. While most of us moan and groan about taking out the garbage on Tuesday mornings, some people have found opportunity and even fortune in the trash we discard every day.

Have you ever considered looking through your trash—or anyone else’s—for treasure? Would you be willing to think outside the box if you could make some serious money? As they always say, one man’s trash is another man’s treasure.

Here are 10 average people who have made six figures or more from garbage. 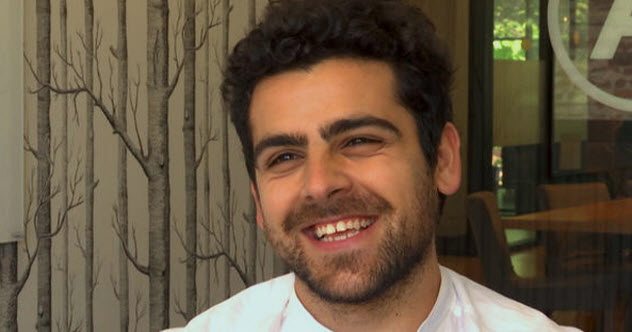 A UC Berkeley graduate from Syria, Maen Mahfoud has had experience with both the richest and the poorest of society. Wanting to bridge the gap and help those who were in need, he started the company Replate.[1]

Replate turns food that would otherwise be thrown away into meals. Since Mahfoud founded the tech company in January 2016, they have been able to expand to over 300 cities and create over 1.1 million meals.

Although a lot of us complain about having to eat leftovers for lunch, Mahfoud has found a creative way to turn his love of helping people into a thriving company. Food waste is a major issue all across the globe, and with so many people starving on a daily basis, more companies like Replate could be quite useful.

Who would have thought that your unwanted food could go so far? 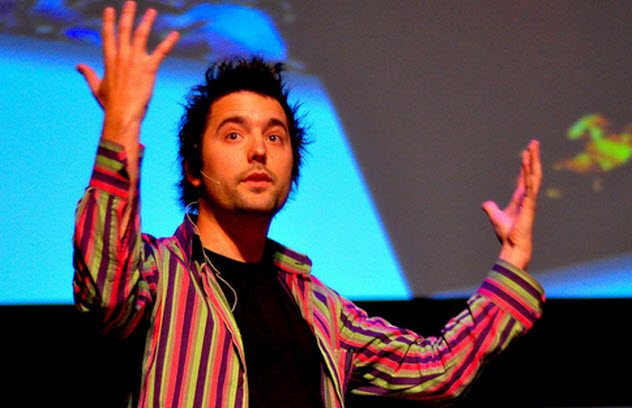 Tom Szaky was a Princeton dropout with aspirations of making a difference in the world. From that dream, TerraCycle was born. TerraCycle got its start as a sustainable fertilizer company that put worm poop in used Coke bottles. (Who knew worms even pooped?) Then the company expanded to collecting other forms of waste and recycling.

From there, TerraCycle took off and became a leader in a recent trend called “upcycling.” Upcycling is similar to recycling except that you turn things that would normally be thrown away into nicer things that you resell to the public. Over the last few years, a burst of upcycling start-ups have decided to save the environment and make a few bucks while doing so.[2]

According to Forbes, Szaky is now worth about $13 million. For a college dropout who began his entrepreneurial journey by putting worm poop in a bottle, we can probably all agree that he has done quite well for himself. 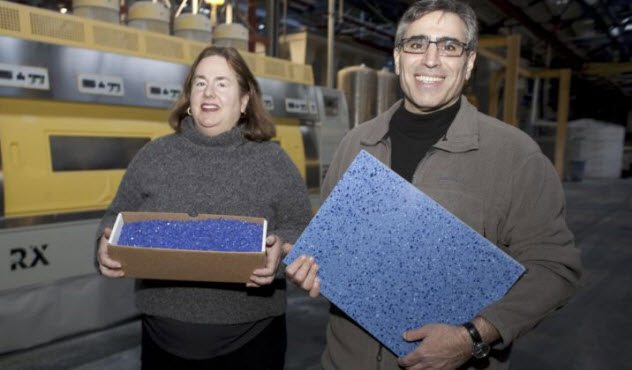 Business partners Miranda Magagnini and Peter Strugatz saw an opportunity in recycling cement and glass and turning it into countertops. While it was a tough market to break into, the Harvard Business School graduates felt that it was worth the fight.

That small idea developed into IceStone LLC. By partnering with large organizations like NASA and The Gates Foundation, IceStone has grown into a multimillion dollar business. All their products come from recycled glass and cement that would otherwise wind up in landfills. The company goes even further by striving to be completely waste-free. They turn any unusable glass or cement into the roadbed on which we drive.[3]

While most of us are quick to throw away our beer bottles or resurface our sidewalks if we get small cracks in them, these two entrepreneurs have made a fortune from selling our broken bottles back to us as countertops. 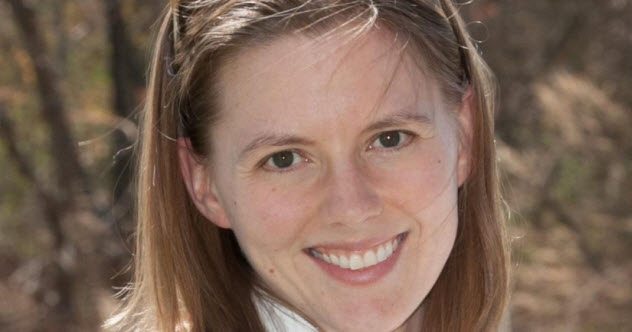 Originally from the San Francisco Bay Area, Renee Hansen has always had a passion for recycling. Even in her own backyard, Renee set up composting bins and reduced her family’s waste to less than one bag a week. But her own composting bins weren’t enough for her, and Renee sought to find ways to expand her mission.

She went on to found SpinFish and Hipcycle, companies that sell pre-used items to both companies and everyday consumers. While SpinFish focuses on buying waste from businesses to sell to other businesses, Hipcycle zeroes in on the average consumer and the popular products they use.[4]

Hipcycle and SpinFish are so successful because there is always trash to collect and a way to turn that trash into profit. 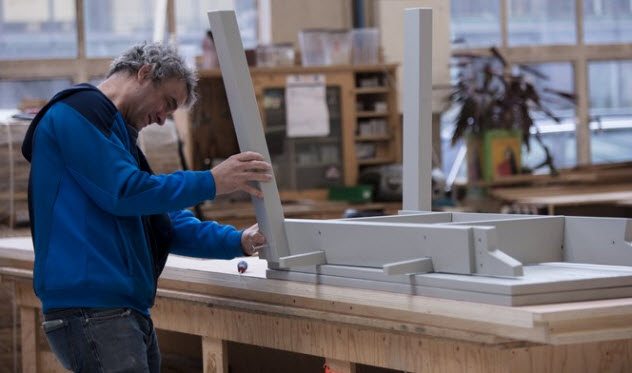 Piet Hein Eek is a Dutch designer that turns unwanted trash into art and furniture that sells for hundreds and sometimes thousands of dollars per piece. What started as a project for his final exam at the Academy for Industrial Design in Eindhoven was transformed into a thriving art business. Making everything from rugs to eyewear, Eek wanted to create pieces that were not only beautiful but also served a purpose.[5]

He now has pieces in galleries all over the world and even owns a restaurant that he has filled with all his own creations. Most recently, Eek partnered with the ever-popular IKEA to create a collection that will be sold in their megastores all over the world.

Like many other people on this list, Scott Hamlin And Gary Peck wanted to reduce waste. They founded Looptworks in 2009, which makes products from recycled textiles. Their motto is: “Use only what already exists.” They believe that reusing waste is the key to improving the environment.

Based in Portland, Looptworks specializes in creating handbags, cases, and other everyday accessories. Not only does the company focus on recycling used products but they are also very involved in educating people about the importance of reducing waste and buying recycled products.[6]

To date, they have saved tons of textiles from the dump and created some stunning and functional pieces. 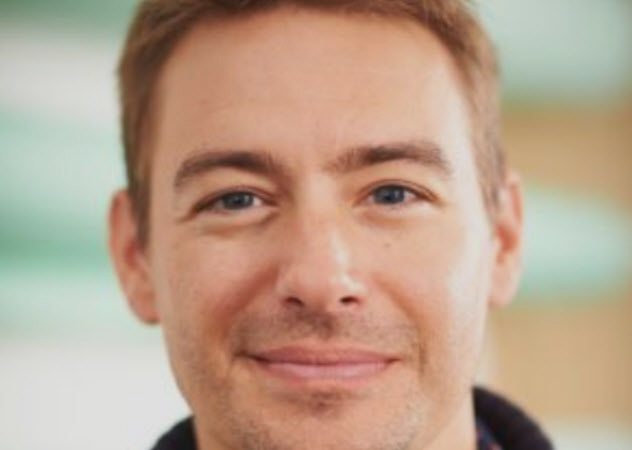 Ian Rosenberger created Thread to battle global poverty. Following the 2010 Haiti earthquake, Ian started Thread as a way to bring money into some of the poorest areas of Haiti by hiring the people who live there.

Thread takes the trash from poor neighborhoods and turns it into useful and salable items. In addition to creating profits for the company, this is a starting point to end multidimensional poverty in a country that has struggled for decades. A Penn State graduate, Ian spent years traveling and studying economic development in some of the poorest places on Earth.[7] 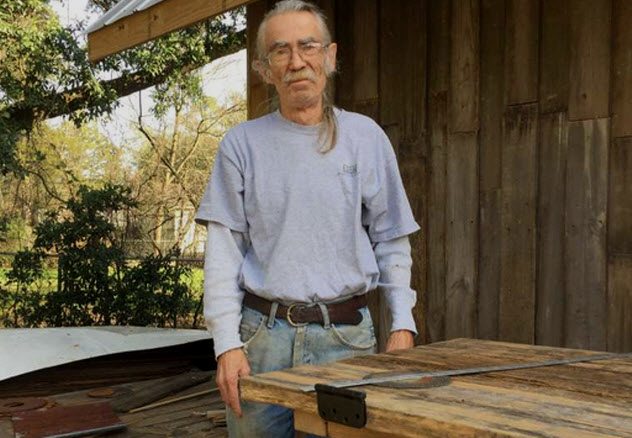 Having all these “upcycled” products is all well and good, but if you have nowhere to live, then where are you going to put everything? Dan Phillips has found the answer with Phoenix Commotion.

This company uses salvaged construction materials to build homes for low-income families. Dan supplies all the tools needed and helps families to design, plan, and build their own houses from the ground up.

Not only does this benefit the families who build these houses, but Dan also employs unskilled workers. This allows the workers to gain specialized skills and experience so that they can seek higher-paying jobs.[8]

It doesn’t hurt to mention that this is a for-profit company. 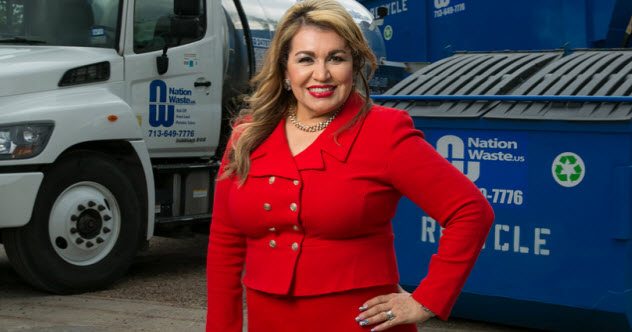 Maria Rios went from working as a garbage lady to owning a multimillion dollar trash business. While in college, she worked for a waste removal company and dreamed of starting her own business one day. Once she graduated, Maria secured a loan from a bank and used it to buy two dump trucks—and, as they say, the rest is history.

What makes her company, Nation Waste, stand out in a sea of other waste management companies is the customer service and innovation that Maria brings to the industry. She has been acknowledged by Fortune and Goldman Sachs for her outstanding work ethic and ability to bring a new energy and life to one of the dirtiest jobs on the face of this Earth: trash removal.

Maria has stated that she is working on growing her business to over $15 million in annual revenue. Think about those numbers the next time you want to complain about taking out your trash.[9] 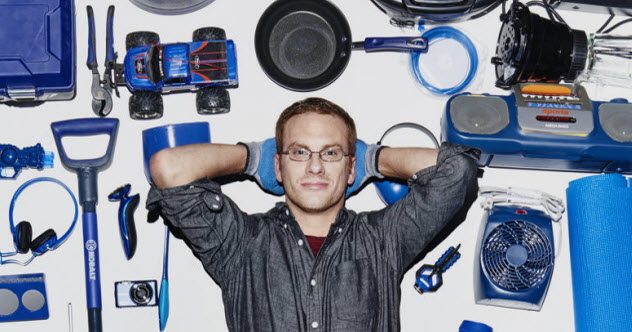 So maybe the idea of starting your own trash or recycling company doesn’t sound appealing. That’s totally fine. You can always become a professional dumpster diver like Matt Malone.

Yes, dumpster diving is a real thing, and it’s not always as nasty as it sounds. Matt says that he started dumpster diving over 10 years ago. The company where he worked had asked him to acquire knowledge about another business that he knew nothing about. Where was the first place Malone looked? You guessed it. The trash.

Although Malone doesn’t do this full-time, he admits that he could make about $250,000 a year from reselling if he did. When he isn’t dumpster diving, Malone is working on his start-up company in Austin (which was partially funded from his dumpster diving by the way).[10]

Of course, he always advises to use caution when dumpster diving and be safe. If you plan on trying it, remember to always bring a flashlight.

I am a freelance writer, business owner, and lover of all things and people. You can find me nose deep in a good book or whipping up some new crazy dish in the kitchen.

For more remarkable facts about garbage, check out 10 Remarkable Discoveries We Made By Digging Through Garbage and 10 Ways Recycling Hurts the Environment.