With the rise of the Enlightenment in the 18th century, many people in Great Britain became skeptical of the supernatural. The authorities stopped taking superstition seriously, and the Witchcraft Act of 1735 actually punished people for accusing others of witchcraft. Still, we have plenty of supernatural accounts from that time, most of which, no matter how bizarre or ridiculous the story, stressed the reliability of their witnesses.

10 The Phantom Bird Of West Drayton 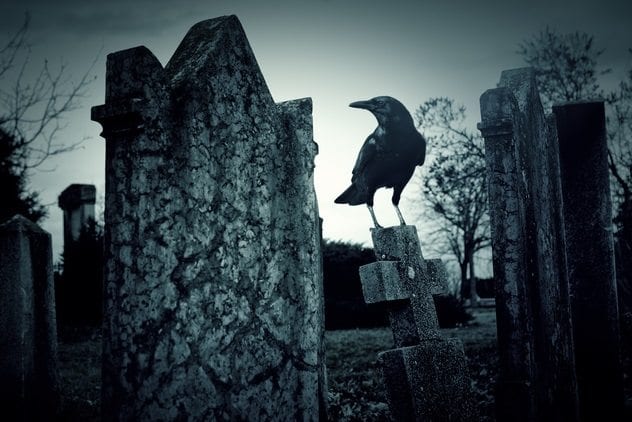 Around 1749, the villagers of West Drayton, England, frequently heard screaming as well as a knocking noise coming from the local church. Nobody was certain where exactly the sounds originated, but there were a lot of sightings of a strange raven that would fly inside the church and its vaults.

A group of four men and two boys who found the bird in the chancel one time tried chasing it down. After being smacked with a stick a few times, the raven fell to the ground with a scream. But just as its body hit the floor, the bird disappeared from its attackers’ eyes.

Still, after that incident, the raven could be seen flying about its usual spots. Among the villagers, it was said that the bird was actually the ghost of a murderer who’d killed himself. Back then, a man like that wouldn’t have been allowed a proper burial, but his family had managed to get him a spot in the churchyard.


9 The Ghost Who Saved John Thomas 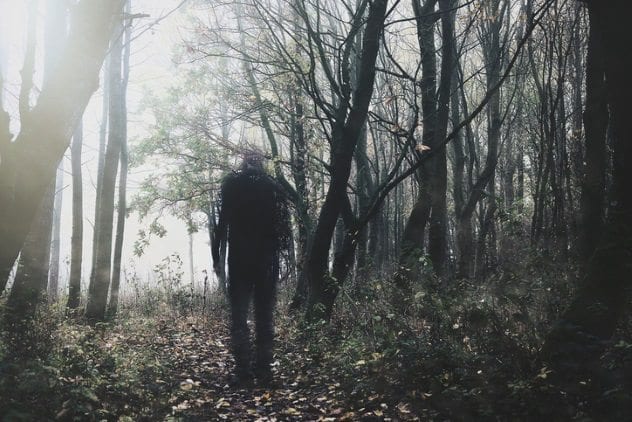 On December 21, 1783, a 62-year-old drunk named John Thomas was walking back home in the dark when he accidentally fell into a deep pit. After realizing that Thomas was missing, his friends tried looking for him, but Thomas would be stuck in the hole for another week.

One day, while a neighbor was looking for his sheep, he noticed a figure sitting on a bank of dirt near the pit. As the neighbor approached the man, he stood up and went behind the bank. Curious, the neighbor checked the spot and found that the man had vanished into thin air.

Suddenly, the neighbor heard a voice coming from the pit. Thinking that it was a moonshiner though, the neighbor ignored it and pressed on. Fortunately, he heard the voice again on his way back and recognized it was the missing drunkard’s. John Thomas’s ghostly helper, however, never turned up.

8 The Changeling Of The Isle Of Man 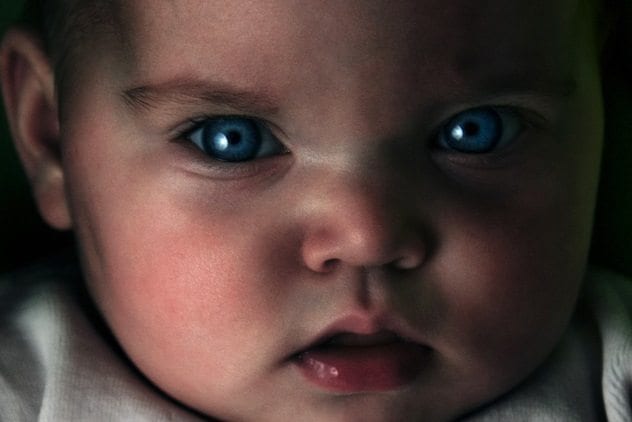 While living on the Isle of Man during the 1720s, London-born writer George Waldron found that the locals took fairies very seriously. They were constantly anxious that fairies might steal their children, and one woman even told Waldron that her baby had been replaced with a changeling.

Sometime after giving birth to her third child, the woman was lying down when all of a sudden, her baby floated off the bed, pulled by some invisible force. The woman screamed for help, but nobody else was home except for a drowsy nurse, and the baby was carried away.

When the woman’s husband came home, he found her a nervous wreck. Back in the bedroom, the couple found a naked changeling lying on the bed, their baby’s clothes wrapped up next to it. The changeling would go on to live for only nine years, unable to speak, stand, or even poop. 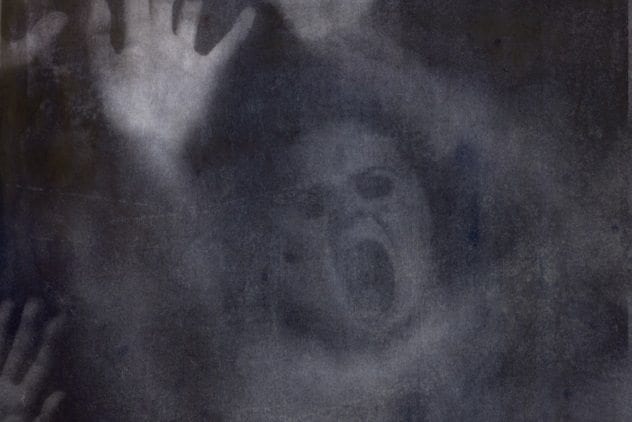 In 1753, John and Ann Lambert moved their family into a new house in Winlington, England. Not long after moving into the house, the Lamberts found themselves harassed by poltergeist activity. They heard knocking noises in their bedroom, and on one occasion, Ann saw a door and its latch move by themselves. After Ann was woken up by a ghostly man in the middle of the night, the Lamberts moved for a second time.

At the new house, Ann continued to see nightly apparitions, and noises like gunshots and cannonfire could be heard, too. The poltergeist only grew more violent, moving and attacking the Lamberts’ children while they were in bed. Believing that the third time would be the charm, the Lamberts hoped to stop the attacks by moving yet again.

Things only got weirder from there, though. In bed, Ann was attacked by a monster the size of a horse, felt cold invisible hands touching her face, and saw a moving bloodstained pewter dish. Both Lamberts also reported seeing the previous occupant of their first new house: Henry Cooke. Cooke, who had died in 1752, is thought to have been the poltergeist who stalked the family. What happened afterward to the Lamberts, and who or what exactly stalked them, is lost to history.

6 The Sea Dragon Of Suffolk 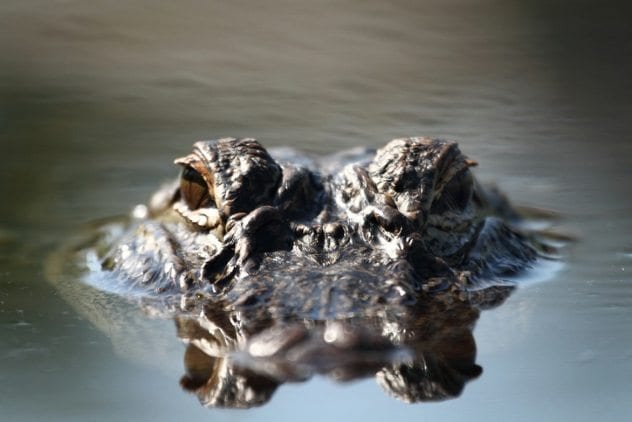 Off the coast of Suffolk, England, in November 1749, a group of fishermen were shocked to find a sea monster among the mackerel in their net. The monster had wings, an alligator head, and hooves for feet, features which reminded some of the fishermen of a dragon.

After taking the sea dragon to shore and beating it with a boat hook, the creature’s captors had the brilliant idea of opening the net. Unsurprisingly, the monster took off, flying 46 meters (150 ft) up into the air. The first man who tried to catch it had some of his fingers bitten off. The bite was so horrible that it killed him.

The next man who went after the sea dragon was luckier. He ended up catching it, but only because the monster landed on his arm and squeezed it so tightly that it deformed his hand and fingers. While a man might have died in the attempt, the sea dragon was a good catch, and the surviving fishermen showed its carcass across the country. 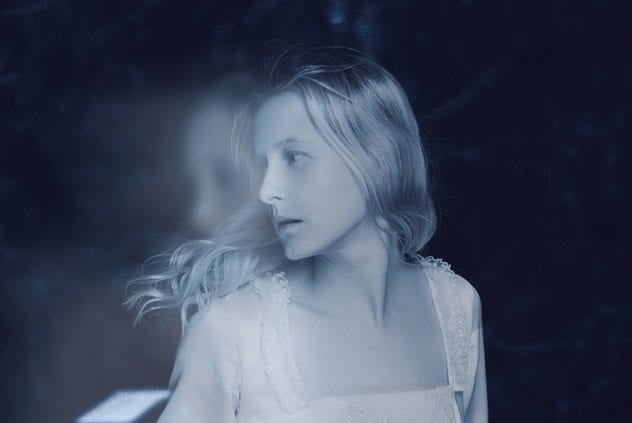 On an early morning stroll in Scotland’s Clifton Park in the summer of 1745, housekeeper Jane Lowe told her employer, a man named Pringle, that she’d spotted his daughter walking along a rivulet. This was impossible though: Miss Pringle was nearly 1,600 kilometers (1,000 mi) away, living in France.

Lowe was positive that it wasn’t a different woman, however, and wanted to show Pringle. While coming up to the spot, Pringle really did see his daughter, who then jumped into the rivulet and vanished. Afterward, Pringle and his housekeeper reported it to the rest of the family, but everybody else laughed it off as a joke.

Three months later, Pringle was paid a visit by a son he hadn’t seen in ten years. His boy explained that he’d been a slave in Tunis, but one morning, he inexplicably saw his sister and was then ransomed. After going back to France, he discovered that his sister had actually been dead, having died at the exact same moment she was seen in both Tunisia and Scotland. 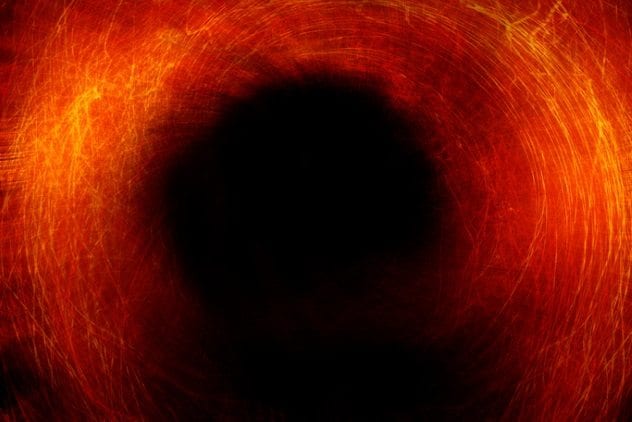 On the night of January 28, 1783, a wild young man named John Taylor sat drinking at the house of his friend, Thomas Pountney, in Bewdley, England. Eventually, Taylor drank so much that Pountney’s landlord refused to give him any more booze. This made Taylor furious, and just as he was about to walk out the door, he collapsed.

At first, Pountney thought his friend had died. But after Pountney rested him on a bed, Taylor twisted back into life and began to have violent convulsions. Save for two brief moments of stillness, Taylor’s attack lasted for two whole nights. Once he became conscious again, he asked to be taken home to die.

John Taylor ended up surviving his strange attack, but he couldn’t remember what happened at Pountey’s after falling down. He said that he fell into a hole and was tortured by a mob of demons for what felt like five or six years. The pain was indescribable, and the demons only went away after an angel intervened and showed him the gates of Heaven.

3 The Great Giant Of Henllys 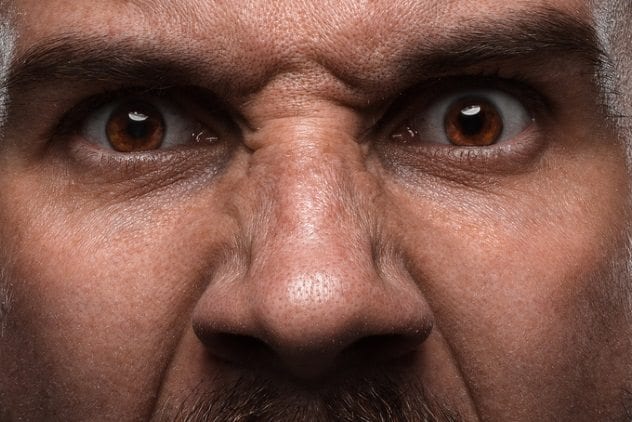 Writing in the London magazine The Athenaeum in 1847, a Welsh contributor related a strange haunting in Wales that occurred about a century earlier. In life, the “Great Giant of Henllys” was a large, horrible man who terrorized his neighbors. All the neighborhood was happy when he finally passed away, but the Giant turned out to be even worse in death. Every night, he haunted the area’s roads, which made everybody afraid to leave their homes.

Gathering in a church one night, a group of clergymen decided to exorcise the Giant’s spirit. As the clergymen began to perform their ritual, the Giant appeared in the form of a screeching monster. Nothing could spook these brave men, however, while the Giant transformed in vain to a bull, a lion, and oddly enough, a wave of water.

With each transformation, the Giant grew weaker. Once he turned into a fly, the clergymen trapped him in a tobacco box and tossed him into a lake. At the time when the story was written down, it was said that the Giant’s tobacco box could still be seen in the same lake. 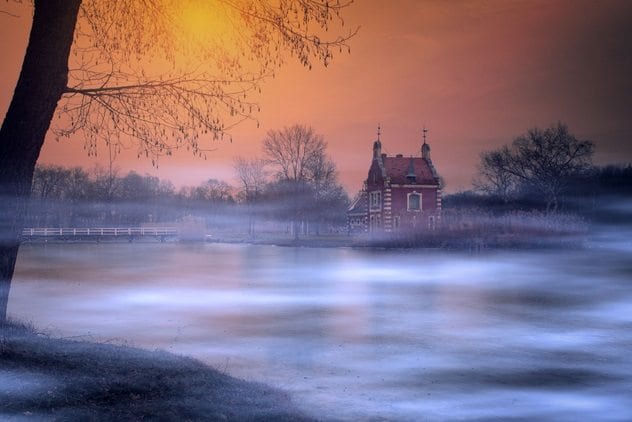 For generations, the Hinton Ampner House was inhabited by the Stewkeley family. By the mid-18th century, the Stewkeleys had died out, and the house came into the hands of the Stawells. It was then rented to William Henry Ricketts, and although Ricketts had no knowledge of it during the time, the house had a reputation for being haunted.

Once the Ricketts family moved in, they would hear their doors and windows violently shut at night. Footsteps could be heard in the hallways, a man in drab-colored clothes would sometimes appear, and three disembodied voices could be heard having conversations. Everybody in the house experienced something strange, and eight servants quit in 1769 alone.

Lady Stawell, the owner of the house, offered a reward to anybody who could solve the mystery. Nobody ever claimed the prize, and the Hinton Ampner House was soon abandoned. In 1797, while tearing the building down, workers found a small skull in a box underneath the first floor. It was thought to be a monkey’s skull, but rumors that Lady Stawell’s late husband had a baby with her sister suggested a grislier theory.

1 The Ghost Of Thomas Colley 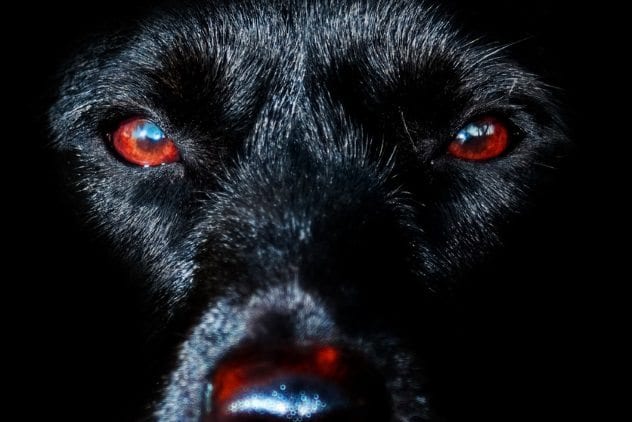 In April 1751, an old beggar named Ruth Osborn asked a farmer for some buttermilk in Tring, England. The farmer said he didn’t have any to spare, and Osborn told him, “The King will take you and your hogs for your selfishness.” Not long after this, the farmer and a few of his cows got sick. After talking about it with a supposed white witch, the farmer came to believe that Osborn had cursed him.

Since the legal system stopped taking witches seriously decades ago, the farmer and his neighbors had to take “justice” into their own hands. On April 18, a mob seized Osborn and her husband, John, out of a church they were hiding in and forced them to a pond. The Osborns had their clothes ripped off, were wrapped in sheets, and were ducked into the water. Ruth died on the spot, while John survived but died a few days later.

Although 21 people were later arrested for their role in the witch hunt, only a chimney sweeper named Thomas Colley was punished. In August, Colley was hanged, and his body was left to rot on the gallows. Since his death, Colley has been to said haunt his execution spot. One witness in 1911, the village schoolmaster, described his ghost as an “immense black dog” with “eyes like balls of fire.”

Tristan Shaw runs a blog called Bizarre and Grotesque, where he writes about unsolved mysteries, paranormal phenomena, and other weird and creepy things.