Some encounters suggest that portals really do exist. These events are usually investigated by UFO researchers and organizations due to their strangeness. Even people involved with the CERN project have spoken in such tones, with hopes of soon being able to better understand other dimensions.

Here are 10 intriguing events, all bizarrely unique. However, the more we understand other dimensions and how humans might perceive them, the more it appears that there may have been examples of such experiences for some time. 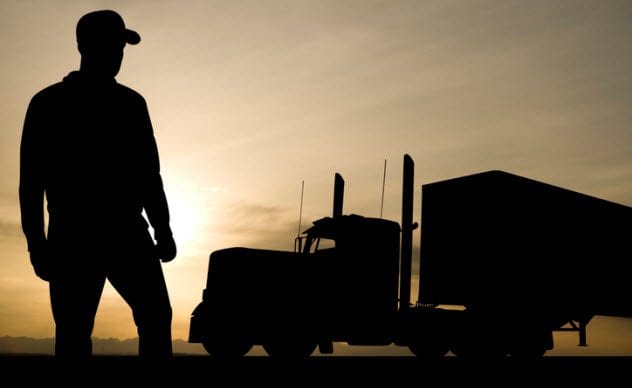 Despite having reached his final destination on a new route, long-haul truck driver Harry Turner had no recollection of the journey. He noticed a gun in his hand and empty shells scattered around the cabin of his truck, indicating that he had fired all eight shots. Then the memories came flooding back.

His truck had been swallowed by a bright light as he drove to Fredericksburg from Winchester, Virginia. Apparently, Turner and his truck had been carried in perpetual nothingness. As his mind scrambled, the door to his vehicle suddenly flung open and an ironlike grip took hold of his shoulder. In a complete panic, he discharged his weapon, although he could not see any visible assailant.

The next thing he knew, it was 3:00 AM and he sat in the warehouse parking lot of his delivery destination. The journey should have spanned 130 kilometers (80 mi). When his truck was analyzed, however, it showed that he had only driven 27 kilometers (17 mi).

Turner believed that he had entered a portal and encountered an ultraterrestrial (an interdimensional being). Supposedly, this was the creature that had grabbed him (and at which he fired his gun). A report was made to the Mutual UFO Network (MUFON), but the incident is still unexplained. 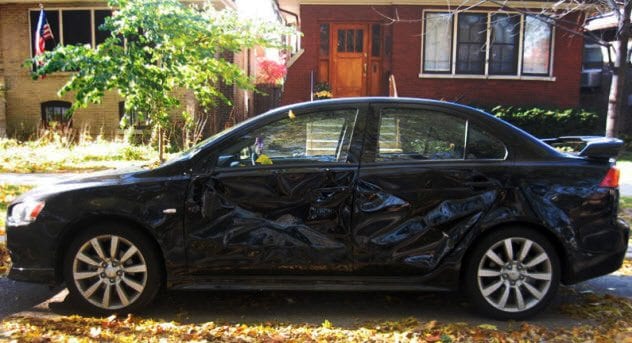 While driving home through the streets of Chicago in November 2008, a student experienced what was later theorized to be a portal to another dimension. It opened and closed around her as she drove.

Despite being the only person on the road, she suddenly began to experience loud bangs that seemed to be on her vehicle. It was as if someone was trying to ram her off the road. At one point, the blast was so hard that it did force her into the other lane. The banging suddenly stopped as quickly as it had started, and the student stepped out of her car to inspect the damage.

To her amazement, the windows and general shell of the car were undamaged. However, the bodywork on her doors looked as though it had been melted by intense heat blasts. There was no trace of another vehicle anywhere on the dented parts, something that would have been present if the car had been physically pushed. 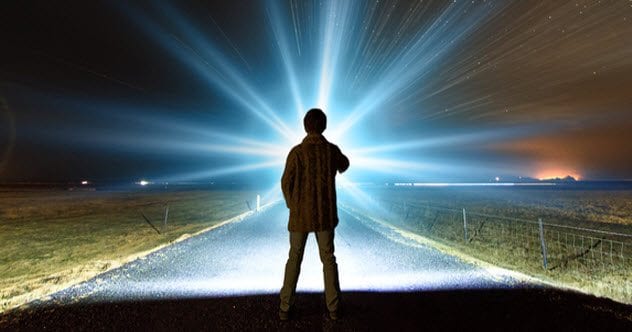 As he drove home with his wife, Gloria, their two children, and his sister, John Mann prepared for a 90-minute journey that they had made many times. However, it took over 2.5 hours to arrive home, and their journey was one of the strangest they had ever taken.

After driving for about 30 minutes, they noticed a strange light in the sky that appeared to be getting closer to them. Eventually, John stopped the car to get out and inspect the strange sight. His family screamed at him to get back inside as the light got closer.

He did so but eventually realized that he was no longer on the road. Instead, his car was in some kind of “hedged tunnel” that zigzagged back and forth. Without realizing how they had gotten there, they were back on the motorway, approaching their hometown. Almost two hours had passed.

They tried to locate the winding road the following day. But no matter how long they searched or how far they drove, they failed to do so. Had they been in some kind of portal? 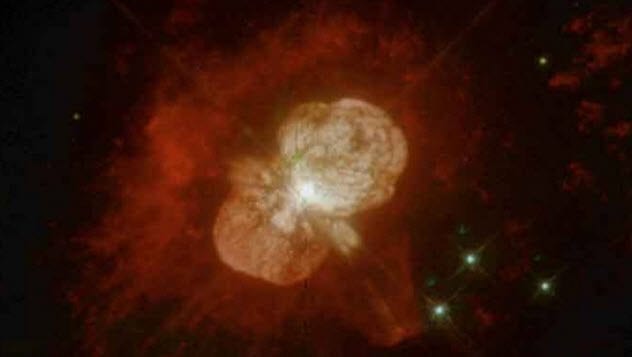 When “angel-like” creatures were reportedly seen around the Salyut 7 space station in 1984, the whole structure was bathed and encased in a strange orange glow. Those involved claimed to have felt the light penetrate the ship and enter their inner feelings.

They claimed that it was a feeling of joy and calm. These creatures were seen on two separate occasions by six different cosmonauts. The episodes occurred during the mission in which Svetlana Savitskaya became the first woman to walk in space.

Had the Salyut 7 entered an alternate dimension through a strange portal that exists above Earth? Were these angels from another dimension? The report only came to light after the collapse of the Soviet Union when the files were declassified. We still have no definitive answers.

6 NASA Declares Portals To The Sun Exist Above Earth

In July 2012, NASA announced that portals or “X-points” really do exist above Earth and that the agency was continuing to study how these portals work. According to plasma physicist Jack Scudder, these X-points are created where the Earth’s and the Sun’s magnetic fields connect. However, we don’t know where these portals lead.

The NASA Magnetospheric Multiscale mission launched in 2014 and will continue to study the phenomenon. Scudder also studied data collected by NASA’s Polar spacecraft, which spent considerable time in Earth’s orbit.

By analyzing the energetic particle measurements and the dates when anomalies occurred, Scudder hopes to predict with great accuracy exactly where and when these portals will open in the future. Whether a mission to enter them ever occurs—or where these portals might lead—has yet to be determined.

What Is This Giant Glowing Vortex?

In summer 2016, a 45-second video showing a swirling vortex surfaced online. A strange object was seen entering this vortex before disappearing from sight. Perhaps not surprisingly, there were many comments assuring people that this was proof of a portal to another place in space and time.

Given the technology needed to travel vast distances in space, many ufologists and scientists have theorized that using “portals” or wormholes would solve this problem. Whether this can really be done is another matter. As shown above, the footage is very interesting. In fact, it has been viewed thousands of times on YouTube.

Some skeptics have argued that the footage was actually the aftereffects of a tornado. Others believe that the video was simply faked.

The footage above that shows a man walking through the doors of a closed shop and into some kind of flashing portal appeared online in April 2016. However, there was no indication of where it was shot or any proof of its authenticity.

While some people have nicknamed the hooded person the “time-traveling ghost,” others have theorized that the use of portals may have been responsible for the feat. As you might expect, most people believe that the video was simply a clever hoax.

Thought to have been filmed by the Los Angeles Police Department, a video showing a car disappearing into a portal surfaced in 2015. Given the speed at which events took place, one of three things seems probable: The driver had knowledge of the portal’s whereabouts, the portal was created by the driver of the vehicle, or the portal was a completely freak occurrence.

Of course, all those theories assume that the footage is genuine. It could be a clever hoax.

The footage came courtesy of the dash cam on the police vehicle. As the police officers chase the car around various streets, the pursued vehicle suddenly makes a turn down a quieter road, seemingly heading out of downtown Los Angeles.

As the mystery vehicle makes one final turn, it simply vanishes right in front of the camera. The police car then comes to a halt in front of a solid, wire fence that is undamaged.

Although no explanation has been offered to prove that the footage is authentic, no stories have surfaced on the Internet claiming to know what was behind it, either. Perhaps it was something completely strange that just happened to be captured on video. 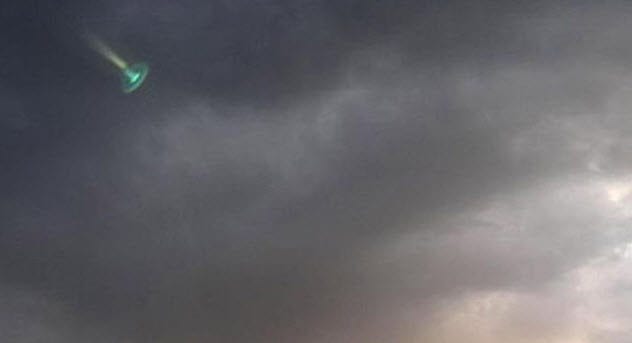 The CERN projects carried out under the Large Hadron Collider (LHC) program have long been targeted by conspiracy theorists for a slew of unsavory activities, ranging from satanic rituals to world domination. One of the recurring accusations is that the LHC is opening portals to other dimensions.

In June 2015, Dutch photographer Harry Perton snapped an image of what some believed to be the formation of one of these portals above the Dutch town of Groningen. Perton put the image online, asking people what they thought it was.

According to one reply, the LHC had been shut down for maintenance and then switched back on only days before the image was taken. Coincidence? Most probably.

But when it was mentioned that the LHC had been switched back on at twice the power it was first using, eyebrows were raised by some people. 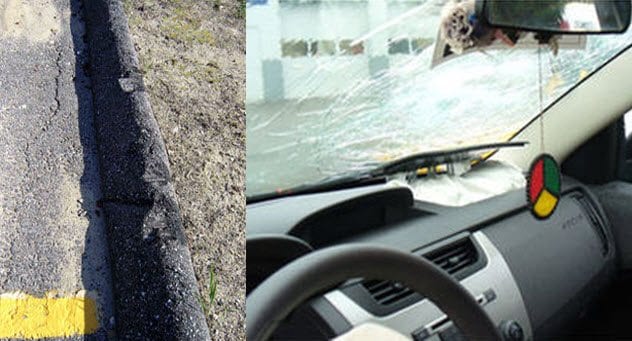 While sitting in a parked car, two teenagers managed to tear themselves away from each other in time to witness a strange light in the sky. It was seemingly getting larger and coming toward them.

Before they had time to react, the car lifted from the ground with the two terrified teenagers still sitting inside. The light surrounded them as if they were in a tunnel.

Despite their petrified screams (which each could see on the other’s face), there was no sound in the car. It appeared as if someone had jammed earplugs in their ears and blocked out the sound completely. According to the teenage boy, a voice entered his mind and told him not to be afraid. It did nothing to calm him.

Eventually, the teens could feel the car “falling.” With a thud, they hit the ground and the light was gone. They drove to the girl’s house as fast as they could. There, her parents notified police.

When MUFON inspected the location where the teenagers claimed the incident had taken place, a clear set of dents matching the dimensions of the car could be seen—as if it had fallen to the ground from a height.

10 Strange Hobbies You Could Be A Champion At