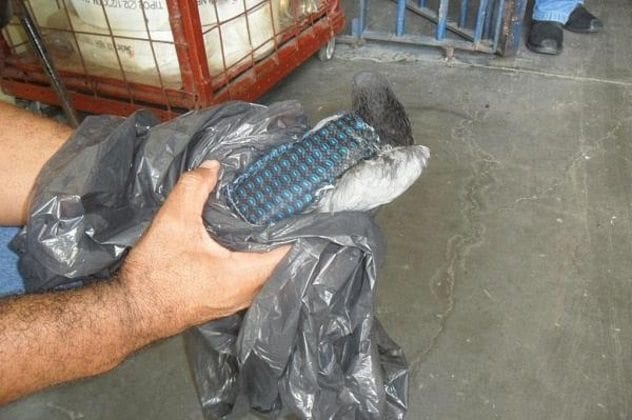 In February 2017, guards at a Brazilian prison captured a pigeon carrying a mobile phone. Officials from Sao Paolo’s Franco da Rocha prison believe the bird was attempting to smuggle the contraband communication device to an inmate. Guards were alerted when they spotted an inmate attempting to catch the pigeon. A pouch containing a mobile phone and a battery was found firmly attached to the bird’s body. Prison officials do not know for whom the phone was intended.

This is not the first case of prison pigeon smuggling. In September 2016, Colombian prison guards captured a pigeon carrying a mobile phone and a USB stick. In 2015, officials at Costa Rica’s La Reforma prison captured a pigeon equipped with 14 grams of cocaine and 14 grams of marijuana in a pouch. There are have been reports of prisoners using cats and iguanas to smuggle drugs into the country’s prisons for years. 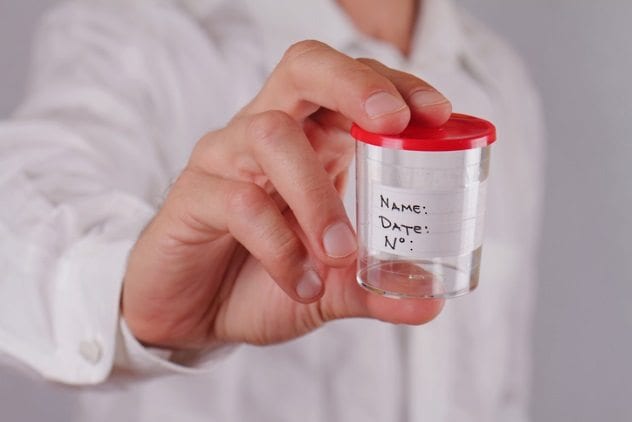 In 2013, West Bank fertility doctors announced that 10 Palestinian women had become impregnated through sperm smuggled out of Israeli prisons. “I don’t know how they do it, and I don’t want to know how they do it,” reported Dr. Salem Abu Kahizaran. Sperm arrives at the fertility clinic in bottles, plastic cups, and other vessels. In ideal conditions, sperm can survive for 48 hours before it has to be frozen. Unfortunately, many of the samples arrive unviable.

Palestinians convicted of “security offenses” are not allowed conjugal visits. The fertility clinics focus on childless women whose husbands are serving long sentences in isolation. Two members of the husband’s family and two members of the mother’s family must sign off before fertilization. Knowledge of this practice spread because women were encouraged to tell people about the fertilization. That way, they can avoid gossip and negative repercussions for their pregnancy while their spouses are behind bars. 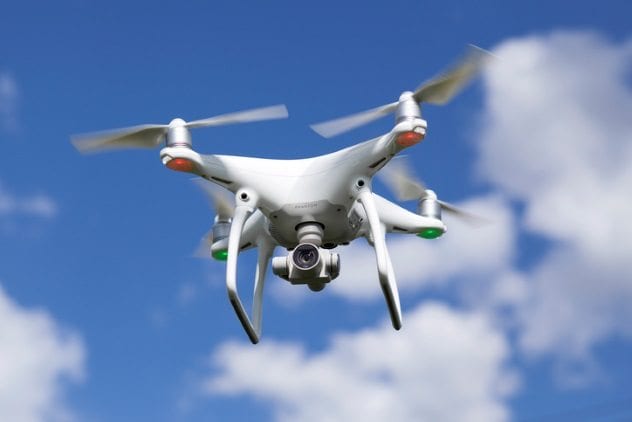 In February 2016, the BBC reported that cases of drones smuggling contraband into prison were skyrocketing. The number rose from zero in 2013 to 35 in 2015. Of the 35 cases that year, 19 of the drones were recovered. Six involved drugs, and more than eight involved mobile phones. The Ministry of Justice listed five cases of “unknown packages” that they suspect may be drone-related. There is no information on the content of these packages.

Various strategies have been proposed to combat drone smuggling. Dedrone has developed DroneTracker, which can detect drones as high as 5,010 meters (16,440 ft). Some propose using jammers, which deliver disturbances to WiFi and radio signals. Jammers are currently illegal. However, prisons may be granted special permission to use them. Researchers at Michigan Technological University created a drone-catching drone, which ensnares targets with a net. The Dutch National Policy Agency has started a more analog program: drone-hunting eagles. 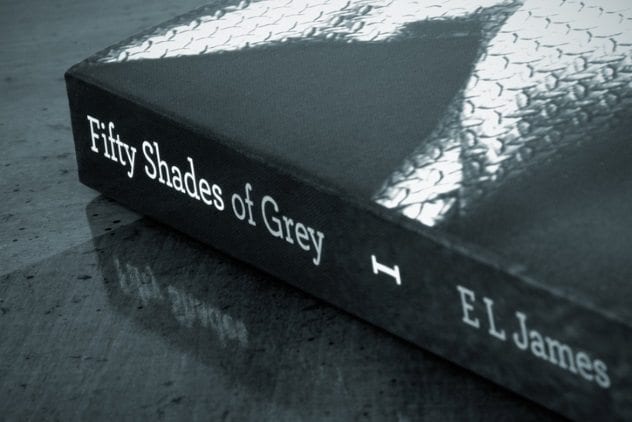 Hinde initially denied the relationship. However, she ultimately pled guilty to misconduct in a public office. The plea was contingent on the fact that the relationship was “overly familiar” but not sexual. She was sentenced for nine months, suspended for two years, and given 200 hours of unpaid work. The court found that Hinde continued her relationship with Stephenson even after being suspended and used an alias in correspondence to avoid identification. 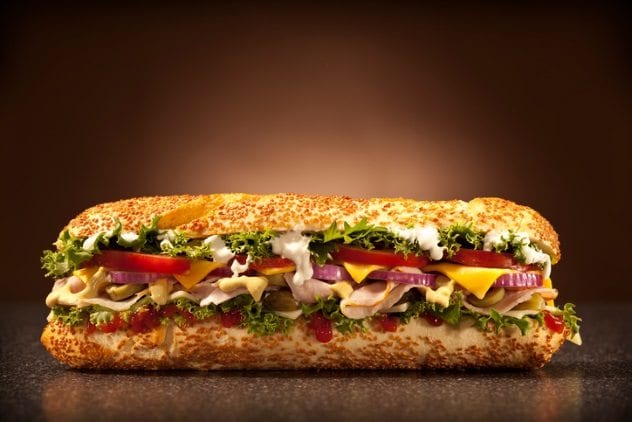 In January 2017, a Florida probation officer was arrested for smuggling a sub to an inmate in Leon County jail. Jerilyn Harris, 39, asked to speak to prisoner Tarvell Douglas about a hearing in her office. Corrections officers were suspicious of the unusual request—and it was not the first time it had happened. After the meeting, an X-ray revealed that Douglas had a Publix Italian sub, packaged pastries, and candy hidden in his jail uniform.

The same month as the Publix sub situation, a former Chicago police dispatch supervisor became the fifth person indicted in a smuggling ring that used sandwiches to bring tobacco, marijuana, and alcohol into Cook County jail. Jason Marek admitted to the sandwich smuggling. However, according to the testimony of coconspirator Stephanie Lewis, her inmate boyfriend Prince Johnson had her look up Marke’s personal information to threaten him if he stopped the contraband deliveries. 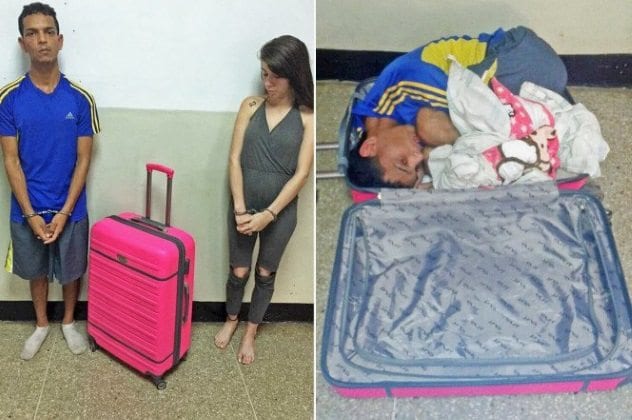 In January 2017, a Venezuelan woman was arrested for attempting to smuggle her lover out of prison in a hot pink suitcase. Antoineta Robles Saouda, 25, and her six-year-old daughter traveled to Jose Antonio Anzoategui prison to free Ibrain Jose Vargas Garcia, who was serving 10 years for car theft. However, the plan was foiled when Saouda struggled to wheel the overstuffed luggage, prompting guards to search her. They discovered the 25-year-old convict twisted, doubled over, and contorted into the suitcase along with his daughter’s toys.

Guards promptly arrested Saouda. Social services took their daughter into temporary custody. Before Garcia was tossed back in the slammer, guards made him climb back into the suitcase for photo ops. Family visits and overnight stays are common in Latin American prisons. Saouda took advantage of the opportunity to wheel in the hot pink bag. Charges against Saouda are currently pending. 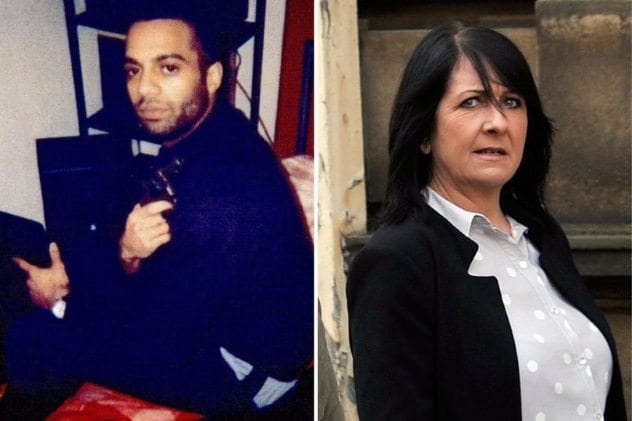 In January 2017, a British prison officer was sentenced to nine months for smuggling the semen of a convicted kidnapper out of HMP Garth. A routine search uncovered the seed-filled syringe in a handbag belonging to 47-year-old grandmother Alison Sharples. Investigators also discovered a letter written by felon Marvin Berkeley in Sharples’s underwear drawer. The former operational support officer was convicted of misconduct in a public office.

The trial revealed that Sharples was “besotted” with Berkeley. One friend alleged that Sharples received the semen from under the cell door and planned to use the Calpol syringe “like a turkey baster.” When the relationship came to light on October 23, 2014, Berkeley was only weeks away from parole. In 2007, Berkeley and his twin, Michael, were convicted of leading a Manchester hijacking crew. DNA analysis revealed the sperm could belong to either brother. With Michael at another prison, the donor’s identity became obvious.

In February 2017, a secret film was smuggled out of Cameroon’s Yaounde prison and sent anonymously to France 24. Recorded between January 21 and January 30, the video highlighted the abominable conditions of Units 8 and 9, which inmates nicknamed “Kosovo.” Most of the 2,800 inhabitants are low-income individuals convicted of theft. Without the necessary resources, they cannot afford beds and are known as “ground-sleepers.”

Built in 1968, Yaounde was designed to hold 1,000. Current estimates suggest the population has ballooned to 5,000. The food is “disgusting” and inadequate—a half bowl per person per day. Unit 8’s 1,300 inmates make due with three toilets. Many inmates relieve themselves wherever they want. Without money, life is brutal in Yaounde prison. Prisoners convicted of theft are chained at the ankles for two weeks. If they cannot afford the bribe to their guards, the chains can stay on for up to five years. 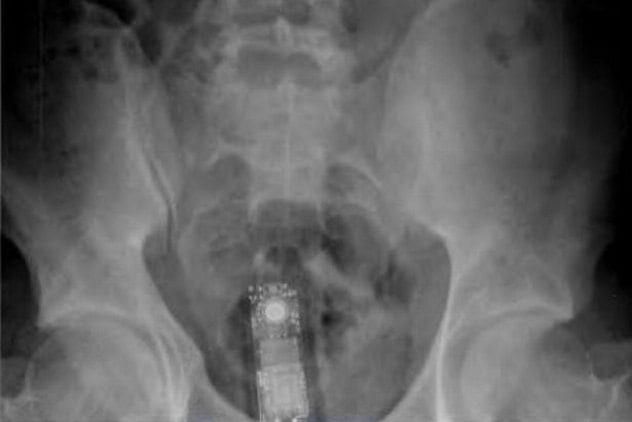 In 2013, US correction officers confiscated 4,200 phones—or 11 a day. Inmates use diapers, soup packets, beverages, and corrupt guards to bring this desirable contraband behind bars. Mobile phones can be used to plan escapes, make threats, and continue to engage in criminal enterprises from inside prison. In 2013, two convicted murders serving life escaped from a Florida panhandle prison. Investigators discovered a mobile phone in their abandoned cell. Infamous killer Charles Mason has been caught with cell phones under his mattress—not once, but twice. 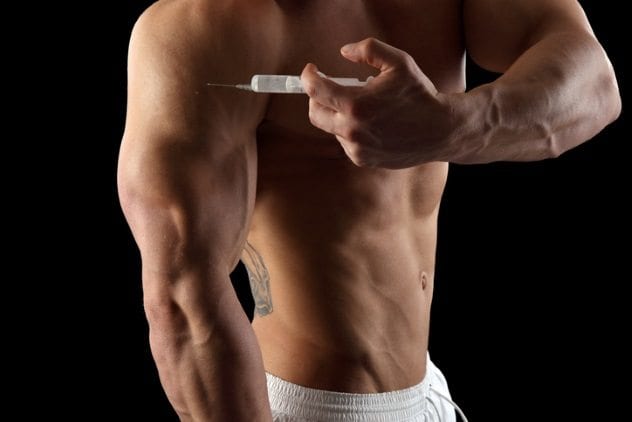 On November 14, 2015, a corrections officer was sentenced to a year and nine months for conspiring to smuggle steroids into a British prison. Matthew Taylor, 23, was an ex–Royal Marine who linked up with a career criminal in HMP Oakwood prison. Inmate Michael Clarke, 47, acted as liaison between his partner on the outside, Donna Duffus, 39, and Taylor. The smuggling never occurred; Taylor got cold feet and demanded more money. However, his phone calls with Duffus were recorded.

Taylor admitted to misconduct in public office and conspiracy to supply a prohibited article. Clarke received a 30-month sentence. Duffus admitted to buying steroids online and was given a 12-month community order. Taylor had previously made £300 smuggling in creatine. The rate of steroid usage in prisons remains unknown. However, many have speculated that it is rampant in a world where aggression and intimidating physiques are prioritized.

Dubbed the “Indiana Jones of ethnomusicology” by TimeOut.com, Geordie McElroy has hunted songs for the Smithsonian, Sony Music Group, and private collectors. A leading authority on occult music, he is also signer of LA-based band Blackwater Jukebox.