Thrift stores are filled with a variety of unwanted goods. Most of the items are just used versions of the merchandise you can buy in stores. However, some people are lucky enough to find treasures hidden amongst the discarded junk.

10A Copy of the Declaration of Independence 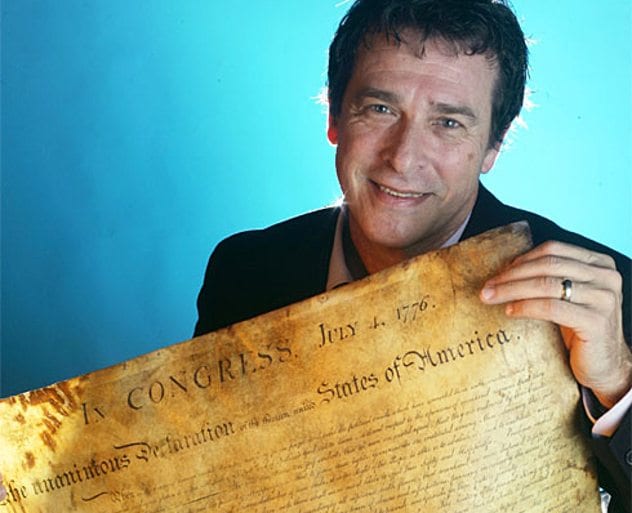 Michael Sparks frequently visited the Music City Thrift Store in Nashville. On one of his weekly trips, he picked up a yellowed, shellacked, rolled-up document. When he unfurled it, he discovered that it was a copy of the Declaration of Independence. Sparks had passed over many copies of the Declaration before; however, this one was clearly something special. The copy was so exceptionally beautiful that he first thought that it was an engraving. He asked the clerk for the price. It was only $2.48, which he gladly paid.

He soon started researching the document, and he realized that it might be worth quite a bit more. Sparks brought the Declaration to an auction house, and they quickly recognized its true value. It was an official copy of the Declaration of Independence. John Quincy Adams had commissioned 200 of them in 1820; only 35 of the copies were known to still exist. Sparks had found the 36th.

After minor restorative work was done on the Declaration, Sparks put it into an auction. It sold for $477,650. 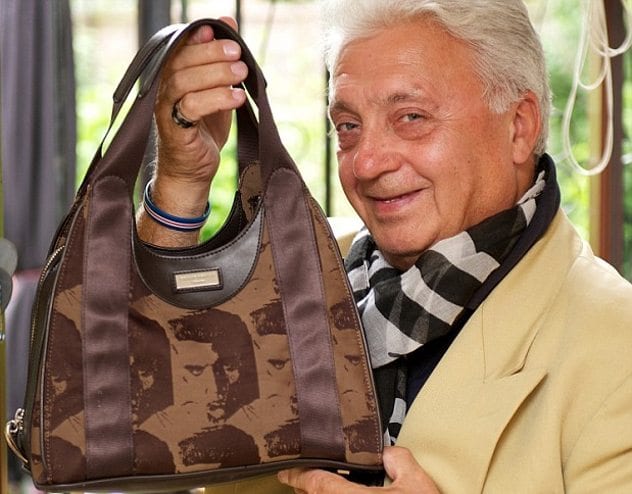 John Richard, an amateur antique hunter, was always looking for hidden valuables. He was rummaging through Oxfam, a British thrift store, when he stumbled across an old bag that was hidden in a dusty box in the corner of the shop. Richard could tell that it was a high-quality purse, and he knew that he wanted to buy it. He walked up to the cashier and asked for the price. Unfortunately, the purse was £20 ($32)—more than Richard wanted to spend. He tried to haggle, but she refused to take less. Reluctantly, he paid.

Richard brought the bag to a Philip Treacy store, who confirmed its origins: the bag had been made by world-renowned milliner—Philip Treacy. The bag was hand-stitched, and it featured an Elvis Presley design that had been created by Andy Warhol. Only ten of these bags were made. Originally, it had sold for £200 ($315); it was now worth a great deal more.

8A Painting by Ilya Bolotowsky 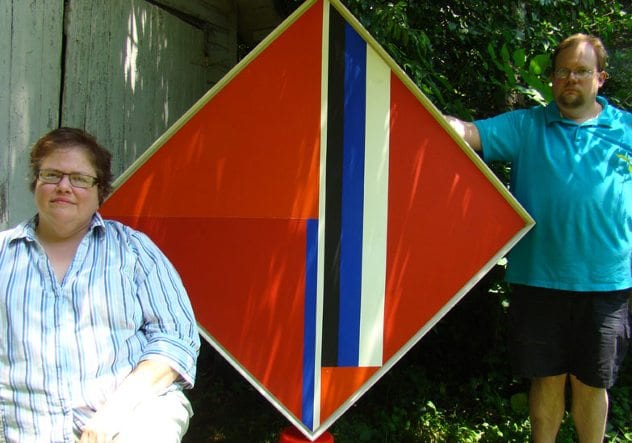 Beth Feeback stopped at Goodwill on the way to sell her art at an art show. She was cold, and she wanted to buy something to keep her warm. After she found a blanket, she spotted two huge paintings. Feeback was not a fan of the artwork, but she wanted to reuse the canvasses for her own art. The pictures were only $9.99 each, a bargain for such large canvasses.

When she arrived at the art show, Feeback showed her purchases to a friend who noticed a label on the back of the canvasses—the paintings were from the Weatherspoon Art Gallery. Her friend recommended that she research the paintings as the gallery frequently featured big-name artists.

When Feeback went home, she set the paintings with her other canvasses and forgot about them for months. Luckily, she remembered her friend’s advice before she painted over the artwork. Feeback researched the paintings, and she found out that one of them was “Vertical Diamond” by a famous abstract artist, Ilya Bolotowsky.

Feeback brought the painting to an auction where it sold for $34,375. 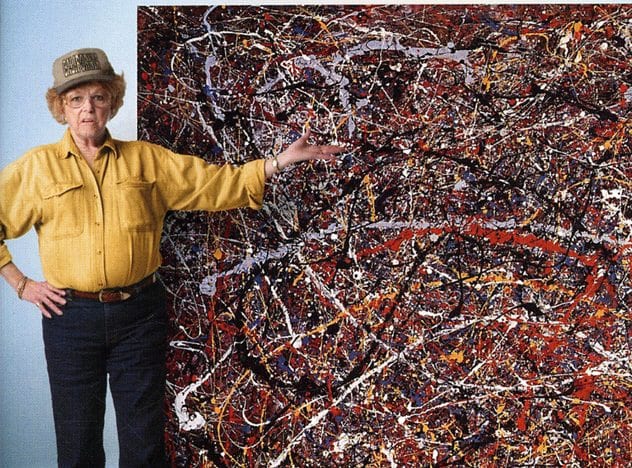 Teri Horton went inside a thrift shop to find a gift to cheer up her friend. She found a large, ugly painting and negotiated the price to $5. Her friend got a laugh out of the picture. Unfortunately, the painting was too big to fit inside her house, so she gave the painting back to Horton. Horton faced the same problem, so she put the painting in her shed and forgot about it.

Unfortunately, the art world disagreed. They would not certify the painting. The painting’s origin and history were unknown, which made it difficult to know if the piece is legitimate.

The art world still refused to accept the painting as authentic. However, some collectors expressed interest. Horton was offered $9 million, which she turned down. She believes that her painting is worth $50 million, and she will not take less. Horton still owns the painting 25 years later. 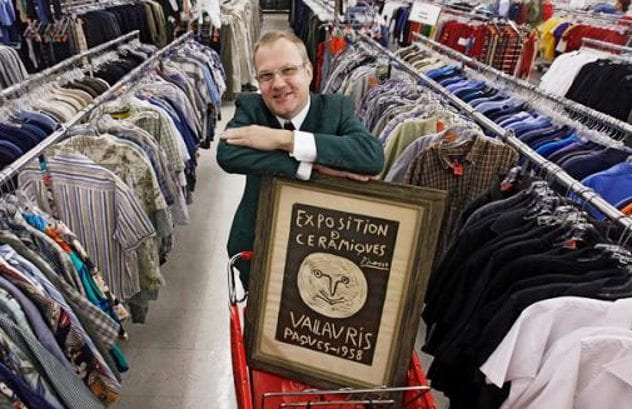 Zachary Bodish was browsing through a thrift store looking for kitschy art to resell when he stumbled across a poster advertising an exhibit of Pablo Picasso. Bodish thought that the poster was a good quality reproduction, and he bought it for $14.14.

He went home and researched information on the poster. While he was investigating the piece, he noticed red marks on the bottom of the poster. Bodish thought that those could be Picasso’s signature. He realized that he could have something special.

Bodish brought the poster to art experts. They discovered that the poster was a linocut—Picasso had carved a design into linoleum, which was then inked and pressed onto paper. The poster had been created for the annual potter show for the city of Vallauris, France in 1958. There were only 100 of these posters made, and this one was number six. Prints in the single digits are more valuable as they are more likely to have been personally reviewed by the artist. 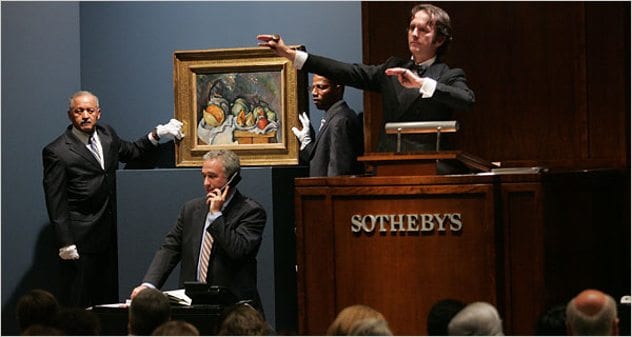 Leroy, a former antiques dealer, loved to browse through Goodwill. His home was filled with second-hand goods, and he was eager to add to his collection. One day he was looking through the store, and a framed oil painting caught his eye. Leroy could tell that the frame was made in the 1800s, and he assumed that the painting was from the same time period. He believed that the set would be worth a couple hundred dollars. Leroy happily paid $3 for the painting.

He hung the picture in his house where it remained for a year. His daughter-in-law thought that the painting might be more valuable than Leroy had guessed. She brought the picture to the Antiques Roadshow to learn about its history. They discovered that the painting had been painted in a Flemish school in Amsterdam during the mid 17th century. Someone had reframed it nearly 200 years later. They appraised the painting at $20,000 to $30,000.

Leroy decided to sell the painting. He brought it to an auction house where it sold for $190,000. 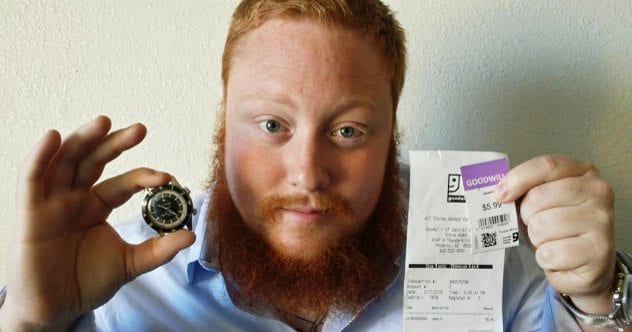 Zach Norris went to Goodwill to find a golf cart; however, he decided to have a quick peek in the watch section first. Norris loved vintage watches, and he was always willing to expand his collection. He dug through a basket filled with cheap watches with dead batteries, and he discovered something quite rare.

Norris had found a 1959 Jaeger-LeCoultre Deep Sea Alarm watch. Only 900 had been made. Norris knew that he had made an amazing discovery. The watch was slightly worn, but it was still in a decent condition. Regardless of the watch’s state, Norris knew that it was worth a lot more than the $5.99 price tag.

Norris eagerly bought the watch, and he brought it to a dealer for the brand. They authenticated the watch. While Norris wanted to keep it, he needed the money more. He announced his find on a website for watch collectors. Many people were interested in the watch. Norris received several offers, and he eventually accepted a bid for $35,000 plus a $4,000 Mega Speed Master watch. 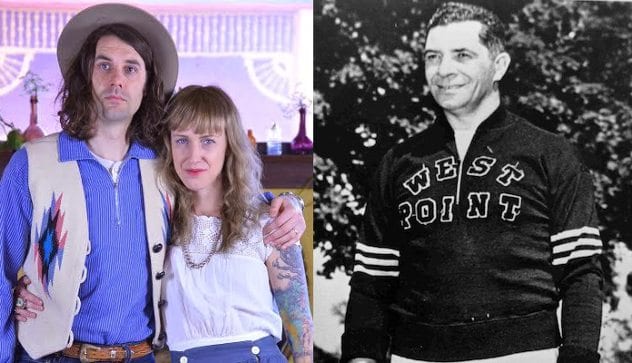 Sean and Rikki McEvoy often browsed thrift shops to find vintage clothes to sell online. Sean found an interesting sweater that had “West Point” on the front. It was only $0.58, so they decided to buy it. After they bought it, Rikki realized that it had a few moth holes in it. She figured that they could not sell it so she decided that she would just stitch it up for her husband. Instead, she put the sweater in the basement and forgot about it.

Months later the couple were watching a documentary about legendary football coach Vince Lombardi. He was wearing the sweater that they had bought. Rikki ran downstairs and found the sweater. The word Lombardi was written in black ink on a cotton swatch sewn inside the sweater.

Sean drove to Dallas to see if the sweater really was Lombardi’s. A uniform authentication company confirmed that it was his. The sweater gained national interest. Lombardi had been the head coach for the Green Bay Packers from 1959 to 1967. During that time, his team won five NFL Championship and the first two Super Bowls.

The sweater sold at auction for $43,020. The company that handled the auction donated $4,000—their commission from the sale—to Goodwill. 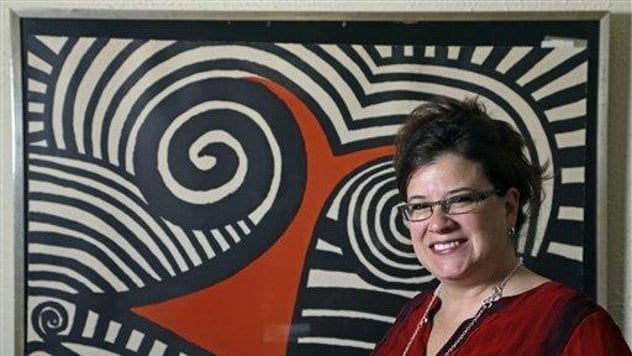 Karen Mallet was browsing through Goodwill when a picture caught her eye. It was a large abstract print that featured black and white lines with a large red nose-like triangle. She did not care for the print itself; she was only interested in the signature in the corner—Alexander Calder. Mallet did not know if the signature was real; however, she decided that she should buy the painting as it was only $12.34.

Mallet started researching Calder when she got home. She found out that he had created lithographs—authorized copies—that were similar to her own print. Mallet had begun to believe that her print—and its signature—was authentic. She went to get an expert opinion, and they confirmed that Mallet’s print was authentic.

Her piece was a lithograph of Calder’s Red Nose. Mallet’s copy was the 55th—out of 75—that had been printed in 1969. A fine art company set the print’s value at $9,000. Mallet decided to keep the piece for now—she said that it grew on her.

1Photo of Billy the Kid 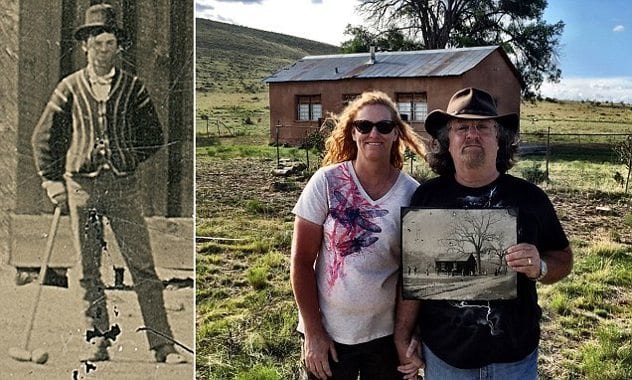 Randy Guijarro loved to scour thrift shops for hidden treasures. He wandered into a thrift shop and starting digging through a few “junk” boxes. He found three tintypes—old pictures printed on thin metal sheets—that he liked, and he paid three dollars for the trio.

When he got home, he pulled out a magnifying glass and examined one of the photos. He was shocked when he recognized the famous outlaw, Billy the Kid. Guijarro called his wife over. She looked online and found pictures of two other people in the photo—they were part of Billy’s gang.

Collectors were skeptical when Guijarro told them of his find. It took more than a year for a team to authenticate the photograph. They managed to identify all 18 people in the photo. The picture included Billy, his gang, and their friends and family. They were playing croquet.

The researchers then found the place where the photo was taken in Chaves Country, New Mexico. They even found the remains of the building in the photo. It became clear that this was an authentic photograph.

Fans of Billy the Kid were delighted. Only one other photograph of Billy had ever been found, and it sold for 2.3 million in 2011. Guijarro’s photo was appraised and insured for $5 million.