Everyone loves a good story, but not everyone loves history. So what is a frustrated historian or museum curator to do when folks just aren’t interested? They make things up, of course.

Yes, it turns out history is just bursting with little bits of fiction someone threw in for flavor at some point. Of course, misunderstanding and good old-fashioned ignorance played their parts, but at the end of the day, we are left with a “history” littered with landmines of utter nonsense. Take for instance . . . 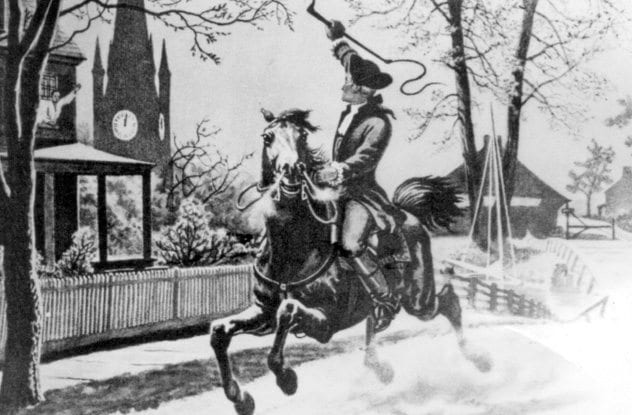 Prior to Henry Wadsworth Longfellow’s epic 19th-century poem, Paul Revere had been all but forgotten. The Boston silversmith was involved in the American Revolution but only as a bit player at best. Yet, Longfellow found inspiration in a copy of one of Revere’s letters printed in a magazine and promptly made the man a national—and grossly exaggerated—hero.

While it is certainly true that Revere rode to warn of a British invasion, he was only one small piece of a complex warning system. Several riders set out that fateful night to spread word across Massachusetts, and Revere’s leg of the journey was quite short. On top of that, he saw fit to drop by a bar along his route, where he was apprehended by British soldiers. He was released, but his horse was confiscated. The rest of “Paul Revere’s Ride” was more of a middle-aged man’s exhausted hike to the next town over. 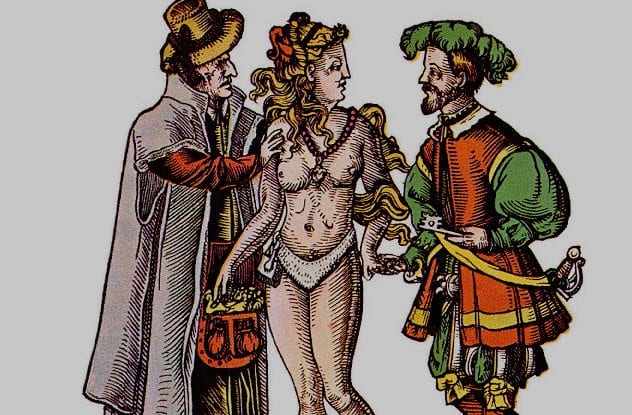 When a 16th-century man was forced to leave his wife or daughters unguarded for long periods of time, he had a secret weapon. The cure all for rape and infidelity, the chastity belt was, basically, metal underwear. Women were—sometimes forcefully—locked into these archaic contraptions to ensure they stayed pure in the man’s absence.

It sounds like a plot from a bad comedy  . . .  because that’s exactly what it was.

It turns out that the masses of 16th century Europe were just as eager for a cheap laugh as modern audiences. The device only ever appeared in humorous art and literature, sometimes as allegory, sometimes just for laughs. The few actual chastity belts held by museums are almost certainly fakes; the British Museum says of their own belt: “It is probable that the great majority of examples now existing were made in the eighteenth and nineteenth centuries as curiosities for the prurient, or as jokes for the tasteless.” Ouch.

8The Hanging Gardens Of Babylon 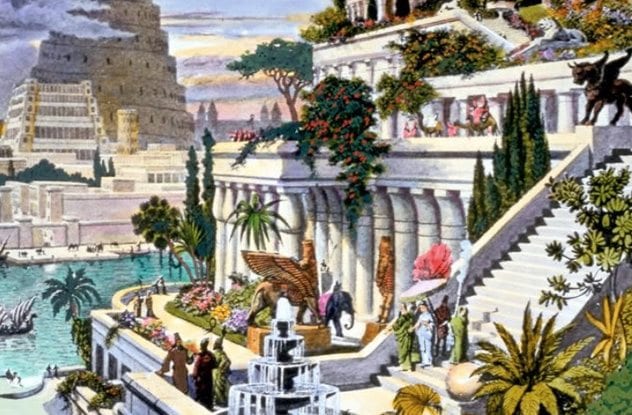 Lumped in with amazing ancient accomplishments like the Pyramids of Giza and the Temple of Artemis, the Hanging Gardens of Babylon have an official spot on the list of Ancient World Wonders. Built around 600 BC in the sunbaked deserts of what is now Iraq, these lush gardens were a gift from King Nebuchadnezzar II to his foliage-loving wife. They were a giant vertical greenhouse, a verdant oasis in the scorching sands.

But there isn’t a single shred of evidence to support their existence. Despite having detailed records from the era, historians have never found any reference to the Gardens at all. Also, it would also have required engineering expertise well beyond the abilities of the ancients to keep enough water flowing to—and up—the massive structure.

So why the lie? Upon returning home, Alexander the Great’s soldiers told stories of Babylon’s great stone structures and elaborate gardens. The poets and historians of Ancient Greece then exaggerated the accounts into romantic tales of an otherworldly garden in the desert. 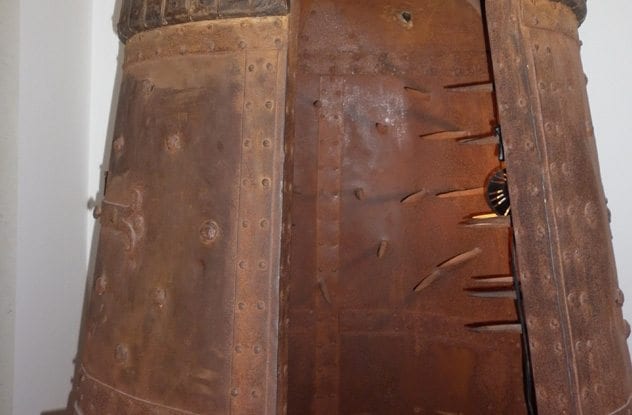 Anyone with even a passing interest in medieval history or brutal torture is familiar with the iron maiden. Suspected criminals would be shoved inside this imposing metal chamber lined with spikes and would be gruesomely impaled when the door was shut. To make matters worse, the spikes were strategically placed to ensure a slow, painful death.

It is hard to believe such a brutally sadistic tool could exist, and for good reason—it didn’t. It is pure fiction. The idea began with Greek historian Polybius around 100 BC, who wrote of a mechanical, woman-shaped impaling device. The idea spread, and a few centuries later, it popped up in a Christian philosophy book, and then in the late 18th century, it arrived at the form we are familiar with.

German philosopher Johann Philipp Siebenkees started dreaming up tales of 16th century criminals being executed with the dreadful device, and suddenly people were fascinated and appalled by the savagery of their ancestors. About this time, fake iron maidens started appearing in museums to cash in on the craze, but no one has ever been killed by one. 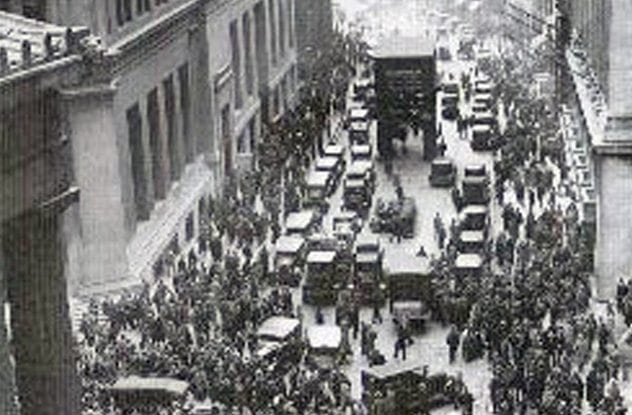 The Stock Market Crash of 1929 is widely credited with two things: causing the Great Depression of the 1930s and leading to a mass suicide of stock brokers. The former is still taken quite seriously, but the latter has become a bit of a dark joke. Any film set during the crash is guaranteed to include legions of distraught bankers leaping from the windows of office buildings.

But only two men leaped to their deaths on Wall Street that day. A few more killed themselves by hanging and shooting afterward, but overall, suicides were fairly rare. In fact, the suicide rate was significantly lower than the previous summer when, ironically, the market peaked.

As is usually the case, exaggeration was to blame for this complete non-story. Newspapers billed the few actual suicides as a full-on national tragedy, claiming New York pedestrians had to “pick their way among the bodies” in the streets. And the rest was (completely nonsensical) history.

5The War Of The Worlds Panic 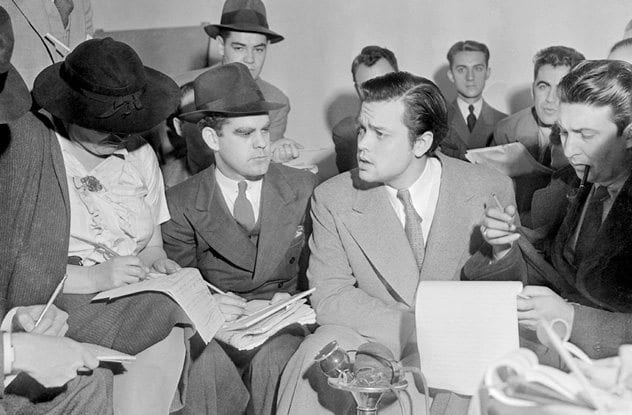 On the evening of October 30, 1938, Orson Welles performed his infamous live radio rendition of H.G. Wells’s classic novel The War of the Worlds. The realistic presentation, respectable speakers, and top-notch acting were enough to convince the country that aliens were invading. The ensuing panic saw terrified citizens grabbing guns, heading for the hills, or even attempting suicide.

Or so the media and 1930s rumor mill would have us believe. Almost all of the stories of mass hysteria that evening have been debunked as anecdotal nonsense. In reality, suicide rates were exactly normal, no riots occurred, and life carried on perfectly normally. While a few people were frightened by the broadcast, most were skeptical enough to realize it was a work of fiction. The newspapers are largely responsible for fabricating the mass panic; not only did panic sell papers, but radio was on the rise, and they were doing anything they could to cast doubt on their new rival. 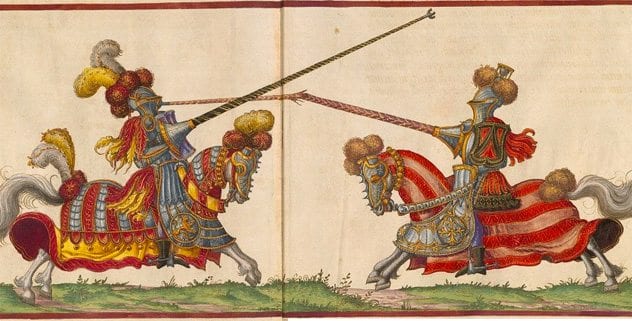 Everyone knows how the masses of ancient Europe liked to unwind: with a flagon of warm ale and a good jousting competition. War games like jousting and sword fights were all the rage in this brutal era, and competitors were the million-dollar athletes of the day. The bloodier the fight, the better.

But only if you replace “bloodier” with “more leisurely,” and “fight” with “picnic.” The reality is that games of the time were exactly that: games. Popular pastimes included bowling, tennis, ice skating, and even horseshoes. The idea of ancient crowds packing into arenas and clamoring for blood is largely myth; in fact, city and village authorities were known to shut down any event they deemed too dangerous.

The only instances of jousting and sword fighting “games” were simple training exercises by aspiring knights, and even they were occasionally shut down. Sure, the odd joust may have been arranged for fun, but it certainly wasn’t the defining sport of the era. 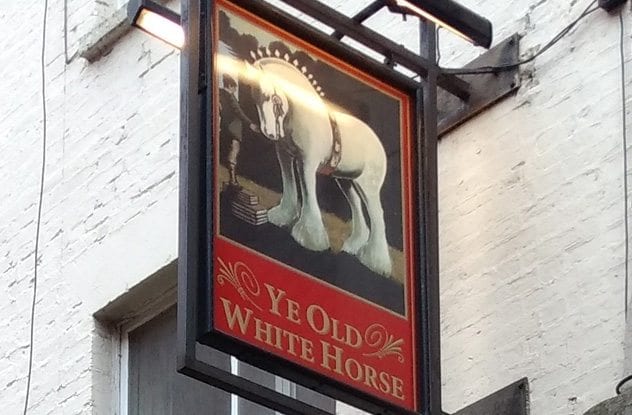 Old English was strange. Thee, thy, thou—we’ve heard them all from the likes of Shakespeare and Chaucer. The one we’re most familiar with, though, is “ye.” Who hasn’t seen “Ye Olde” in front of a shop’s name at some point? This tiny word immediately takes us to a quainter, more romantic time.

But it shouldn’t take us anywhere, because it was never used—at least not the way we pronounce it.

When the printing press made it to England in the late 15th century, would-be printers hit a bit of a snag. The letters, designed for foreign languages, did not include the obscure English letter “thorn,” which made the “th” sound. So printers improvised by simply using the letter “y,” which, when handwritten, looked a lot like thorn. It wasn’t a problem at the time because readers knew that the “ye” they were staring at was really “the,” but modern readers, with no knowledge of the letter thorn, don’t. So, “Ye Olde Ice Cream Shoppe” has really been “The Olde Ice Cream Shoppe” all along. 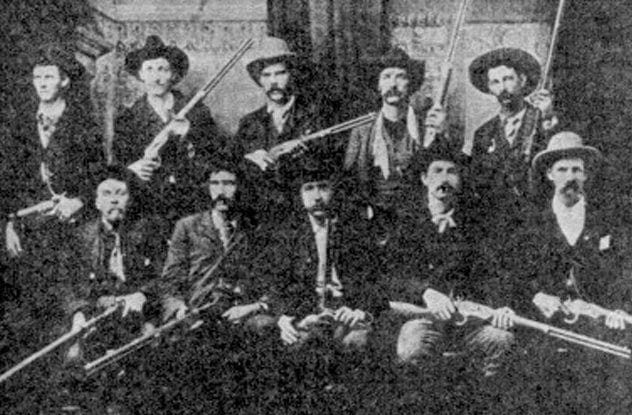 As bad as you may think your life is, you can always cheer yourself up with one fact: At least you didn’t live in the Old West. Life was miserable in that bloodstained sandbox, and everyone knows it. Everyone had a gun, a hot temper, and their very own wanted poster. It was a lawless pit of violence and death.

But only when Clint Eastwood and a camera crew were involved. Real Western towns of the late 1800s were surprisingly peaceful places with residents more interested in cattle and mining than gunfights. Murder definitely happened, but the infamous daily high noon duels and deadly fights breaking out over poker games are largely myth. In fact, the average resident of a rural Western town had only a 0.1 percent chance of being killed in any given year, lower than residents of some modern American cities. The exciting idea of the “Wild” West is, once again, an invention of authors and filmmakers trying to make a buck and rumors spread by 19th-century Americans who had never been there. 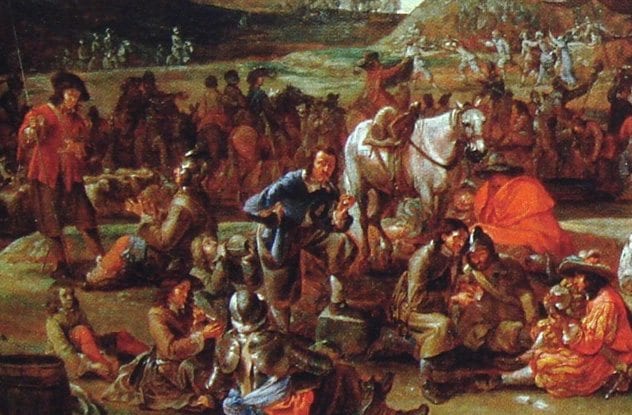 After the fall of the Roman Empire—the guys who had been running the world—ancient society was plunged into a horrifying post-apocalyptic period we call The Dark Ages. For five whole centuries, between about AD 500 and 1000, war, poverty, and disease ruled Europe and the Middle East. Historians tell us it was a grim era, a dark stain on history.

Strange, then, that all of the actual evidence disagrees. Despite history classes, movies, books, and literally everything else telling us otherwise, the “Dark” Ages were one of the most prosperous times in human history. Far from the power-hungry warlords we expect, the land was ruled by enlightened kings and queens who put official limits on royal power, an incredibly progressive idea. Food was plentiful thanks to the invention of new farming tools and unusually warm weather. Science, math, literature, and the arts all saw unprecedented advances. It was a great time to be alive, but that fact was inconvenient to the many Rome-obsessed scholars who documented the era. They saw Roman rule as perfect and its loss tragic. So, they wrote heavily biased stories about the horrors of the world following Rome’s fall and didn’t let a little thing like reality stand in their way.