The Shaolin are a historically secretive people. From their humble beginnings in the Henan providence of China, their culture has continued to push the limits of the human mind, body, and spirit.

After a terrible fire in 1929, much of their scarcely recorded history was lost. But a monk named Jin Jing Zhong compiled decades of living knowledge. With blessings from the head of Shaolin, the Training Methods of the 72 Arts of Shaolin was created. You might question how many of these were real, but they’re all fascinating. 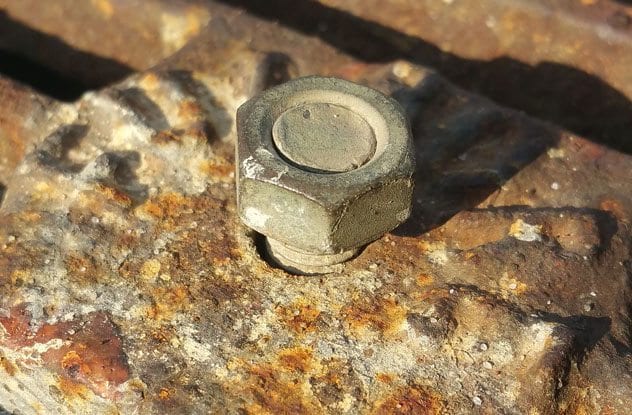 Drive a nail into a plank of wood, then remove it with three fingers. A student will practice this for months. If one can remove the nail easily with the thumb, forefinger, and middle finger, then one can progress to removing the nail with the thumb, ring, and pinky finger. Immeasurable strength from even the weakest appendages is a true axiom of Shaolin training. Every finger on both hands must be trained to produce large bursts of strength as well as matching muscular endurance.

Over time, the nails are driven deeper into the wood. When this becomes easy, the wood is dampened before the nails are inserted, and they are allowed to rust. An advanced student in this technique would train by removing rusted nails driven in to the hilt with two fingers, or perhaps one. The fingers of the student must possess the strength to depress the wood itself to successfully remove the nail. Upon mastery, the fingers will be strengthened enough to take on more difficult techniques, such as the Diamond Finger.

9Striking With Foot
Zu She Gong 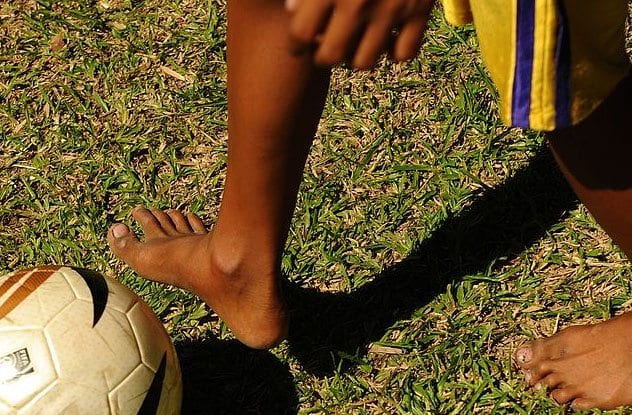 If someone has ever told you to “go and kick rocks,” it probably was not in a pleasant way. That exact activity, however, is step one to this Shaolin discipline. Anyone who has, accidentally or otherwise, lost the inertia battle to a heavy object knows the toe-shattering pain it can cause. Zu she gong belongs to the hard force of yang, and students will begin training this technique by kicking small rocks like soccer balls—in bare feet.

The purpose of this mastery is to develop the strength and resilience of one’s foot, until kicking a pillow would feel the same as kicking a boulder. In combat, it is said in Shaolin texts that one will be able to kick an opponent as far as the stones one trains with. Such a hardened, developed kick to the lower portion of the body immediately shatters the opponent’s balance. A kick such as this to the head could easily be deadly. 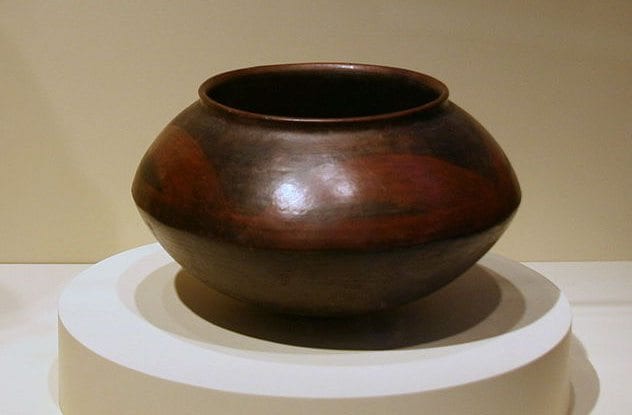 Though the “Skill of Light Body” has become a popular mythos in martial arts films, it is a very real Shaolin practice. Shaolin testaments make reference to men of 100 “jins,” or 50 kilograms (110 lb) resting on branches like butterflies or bees—even gliding like sparrows. This is a truly fascinating practice of Shaolin, complete with a very unique and seemingly impossible training routine.

The training begins with a massive clay bowl filled with water and a student walking along the rim carrying a weighted backpack, perhaps with lead soaked with pigs blood. Students will walk along the rim of this bowl every day for hours. On the 21st day of each month, a “calabash-sized” dipper of water is removed. Additionally, more iron (or bloody lead) is added to the backpack. While the water initially prevents the bowl from tipping and swaying, it becomes increasingly difficult and awkward for the student to navigate the circumference without falling in, out, or over.

These are just the first two steps. Advanced training methods include walking across grass without crumpling it. Further training is exclusive knowledge passed orally through generations. In 2014, a monk managed to run atop a lake on sinking plywood planks for over 385 feet (118m) 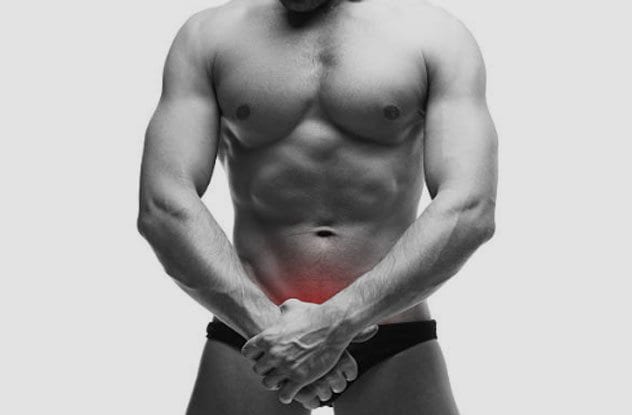 The Skill of a Golden Cicada is also widely known as “The Iron Crotch,” and it is not fun.

Initial training beings with intense meditation, aimed to clear the mind of all distain and anxiety for the literal torture to follow. A benchmark, albeit strange, of this mental training is being able to spontaneously summon an erection during meditation—but by concentrating qi to the base of the navel, not by having inappropriate thoughts (hopefully).

From here, the de-sensitivity training beings. One must flick one’s own testicles. Thousands of times. When this is no longer painful, the training upgrades to more extreme methods, which can involve rolling pins, punches, kicks and even blows from weapons directly into the crotch. Some monks even tie ropes around their testicles, pulling great stone weights across fields to master this skill. With careful healing and massage therapy to the tissue, damage to reproductive health can be reduced but inevitably not prevented.

As odd it is may seem, this technique can be combined with the broader family of iron techniques to strengthen all weak points of the body. This can render a monk’s external surface uniformly resilient to strikes. The strength to accomplish the Skill of a Golden Cicada is truly something to behold. 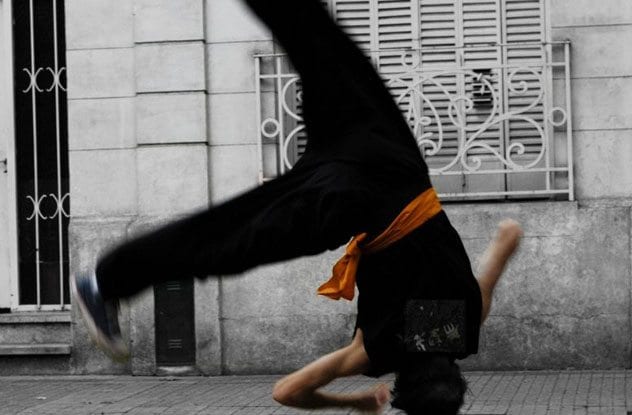 At its core, this technique is a series of difficult evasive and tactical tumbles. Falling face down upon a stone floor without flinching, somersaults that contort and warp the spine, and even maneuvers that “bounce” the student off the ground are steps on the road to mastery. When one has mastered these “eighteen somersaults” one may progress on to an additional 64 more complicated (and dangerous) tumbling techniques. 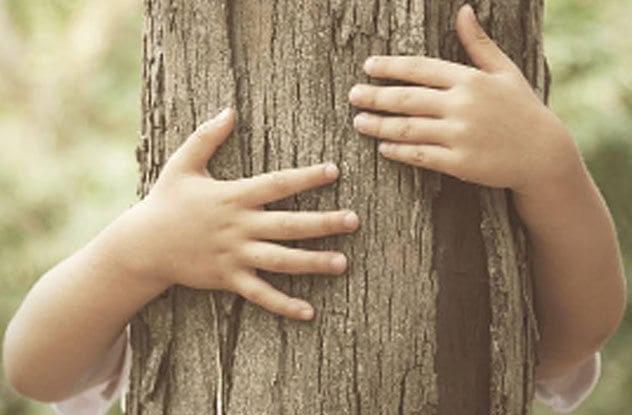 A student will require an unusual training partner for this study—a fully grown tree.

The exercise is simple enough; wrap one’s arms around the tree, and pull until your energy is entirely expended. After the first year, progress will begin to show. The first step to mastery is the ability to shake loose a few leaves of the tree. Another year of the student shaking leaves from the tree must pass—the same intensity, without stopping. The student must continue throughout their life with this practice, only reaching mastery once they have completely uprooted the tree

Even the small trees used for this training requires immense, constant force over the course of years to loosen the roots. If a master of this practice ever clasps his opponent as he does the tree—fatal injury can occur easily. 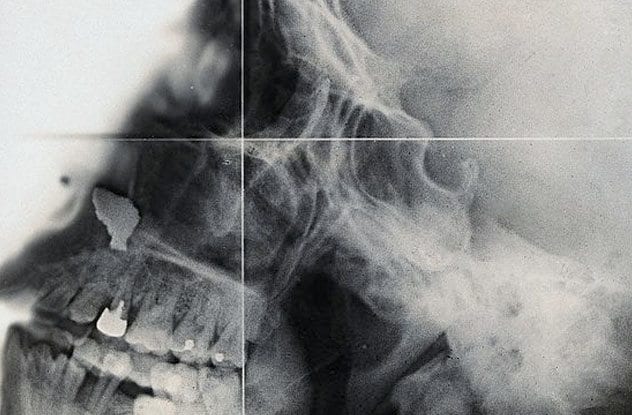 There is a reason head-butting is forbidden in sports such as mixed martial arts—the risk of traumatic brain injuries. The iconic Shaolin “Iron Head,” however not only recommends these sort of blows but prescribes them as a regular training regimen. Students strengthen the frontal bones, temporal bones, and top of the skull to a near superhuman rigidity, rivaling that of stone.

The objective is fairly basic: Knock objects into your head, and your head into objects slowly and gradually over years to strengthen the bones in the skull. With dozens of micro fractures, combined with healing and repetition, the bones reshape to the pressure, and can become incredibly resilient. However, this can take dozens of years of daily practice to achieve, each time with the risk of permanent injury.

The first basic training regimen recommended in the methodology of the Shaolin involves wrapping one’s head in silk and gently banging the head against a stone wall. After one year, the student will remove a few layers of silk and continue the process for a minimum of 100 days; after that, the silk is removed completely. From here, students will practice with more extreme methods, such as knocking their skulls together for hours, cracking frozen blocks atop their heads, and even sleeping in headstand positions. Specific exercises and techniques to strengthen the temples, mouth, and eyes follow this technique as well.

In a rare example, a Shaolin monk has held an electric drill to his temple for 10 seconds and emerged unscathed. 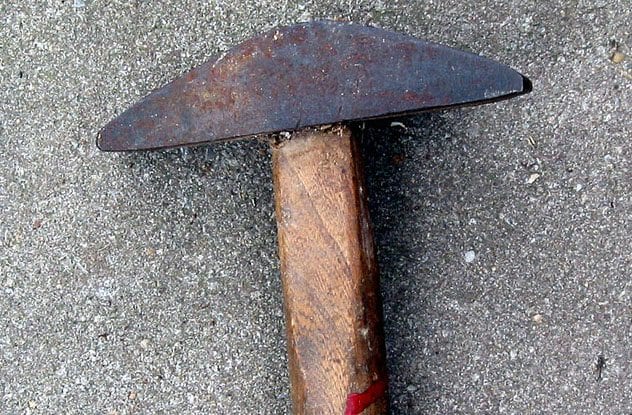 Training for the iron bull technique, at the most basic level begins with scraping one’s own stomach. Daily and nightly, with the fingers and palms at first, and blades. This is done during training and rest alike. After sufficient skin hardening, one proceeds to strikes to the core and continue knife-scraping the stomach and obliques.

When blows no longer render pain, hammers are used. Wooden at first, gradually upgrading into iron. A monk will stand motionless as fellow students deliver full force blows to the stomach with iron hammers—this will continue for quite some time. There are more advanced training methods, such as “knocking a bell,” where a monk will absorb blows from a log battering-ram weighing hundreds of kilograms.

It is said masters of this technique will be able to endure strikes, cuts, slashes, and even stabs to the stomach without a single scratch—even the ability to withstand blows “delivered by the Immortals” themselves. 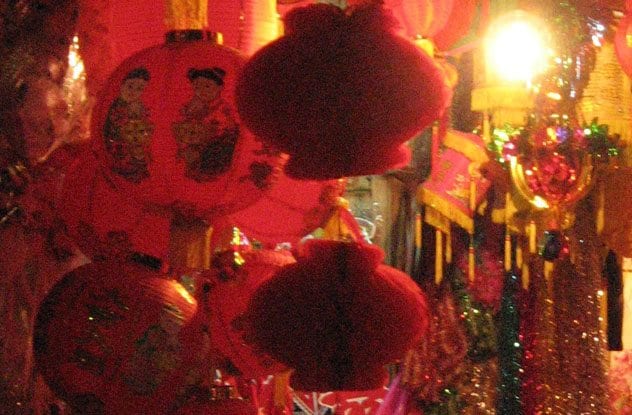 After 40 years of intense Shaolin training and meditation, Xi Hei Zi would wander the country, visiting every monastery in the northern and southern provinces, and no man was able to overcome him. The legend claims it is due to this technique.

At the very beginning when Xi Hei Zi started training, he hung a weight from a tree branch on a path that he traveled each day. Each time he passed the weight, he would thrust his finger into it—from the maximum possible distance, his fingertips just barely grazing the surface. The weight would swing. After years of this, and constant meditation, he discovered that when thrust his finger, even if he did not physically touch the weight, it would swing.

As a young man, the monk Hal-Tank visited Chicago, where he demonstrated his skill: a handstand—his entire body weight—atop one index finger. The weak muscles in the index finger should crumple, and the bones should snap under the strain. This is quite an amazing feat for a young man, but what truly makes this feat incredible is when the monk was documented performing this skill over 50 years later. Nearly 90 years of age, the legendary monk Hal-Tank was able to replicate his incredible one-finger handstand—his Diamond Finger. His poise is breathtakingly peaceful during the act—deep in meditation, he balances unflinchingly atop his fingertip.

Until his death in 1989, he was still the only man able to perform this technique. Though he is now deceased, this legendary monk provided a rare, documented demonstration of Shaolin skill and a fascinating glimpse into the world of Shaolin.

Richard is a freelance television and film producer based in Los Angeles, California.