We tend to think of history like a comic book: we have heroes, we have villains, the end. But that is not how real life works. People are too complex to be boiled down into one easily digestible image. However, that has not stopped history from conveniently forgetting a few things about some of its most famous figures. From the bizarre, to the disgusting, to the downright horrifying, prepare for a look at the secret lives of ten history class staples you thought you knew. 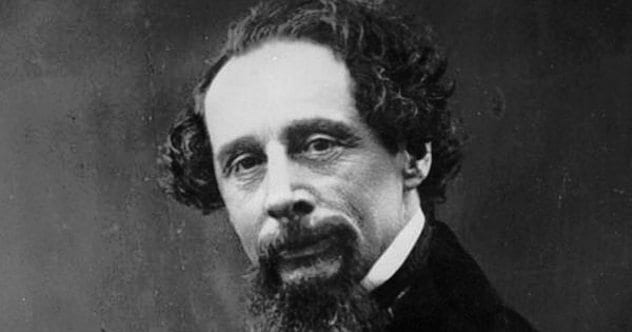 Iconic English author Charles Dickens is probably the only Victorian figure most people can name. Aside from penning classics like A Tale of Two Cities and Oliver Twist, Dickens was the mind behind everyone’s favorite holiday ghost story, A Christmas Carol. It seems obvious that the man who dreamed up Ebenezer Scrooge’s uplifting transformation would himself have been a pretty kind fellow.

But he was actually kind of an obnoxious creep. When not busy scribbling tales of generosity and love, Dickens was known to be fond of incredibly annoying “pranks.” He would speak in a language he had invented. He would run up to strangers on the street and screech bizarre nonsense riddles at them. And during one particularly insane trip to the beach, he grabbed a random young woman, dragged her down to the water, and threatened to kill her. He claimed he had fallen in love with her and that the two must drown together. So ironically, Dickens was the last guy you wanted over for Christmas dinner. 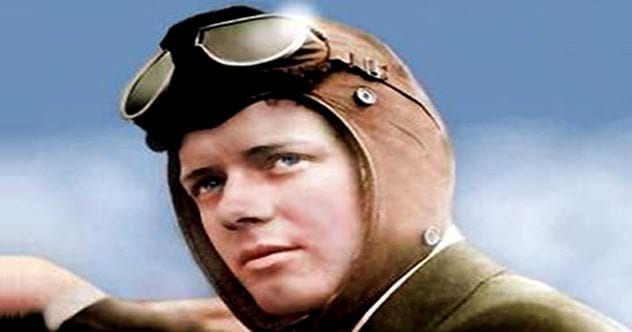 American aviator Charles Lindbergh made history with his famous 1927 non-stop flight across the Atlantic. This world-first rocketed Lindbergh to instant stardom and earned him the adoration of pretty much the entire planet. Maybe a little too much adoration, as it turns out.

Widespread affection and the ability to fly are apparently a recipe for temptation: Lindbergh had mistresses in far-flung locations the world over. When not with his wife Anne, he would spend time with his secretary, Valeska, or one of two sisters in Munich, Germany. These affairs lasted long enough for him to father children with all of them, and then kept right on going. Lindbergh kept a total of three families that knew nothing about the others. He would visit his illegitimate families a few times a year, stay for a few days, show them a good time, and then literally take off again. His children only ever knew him by a fake name. 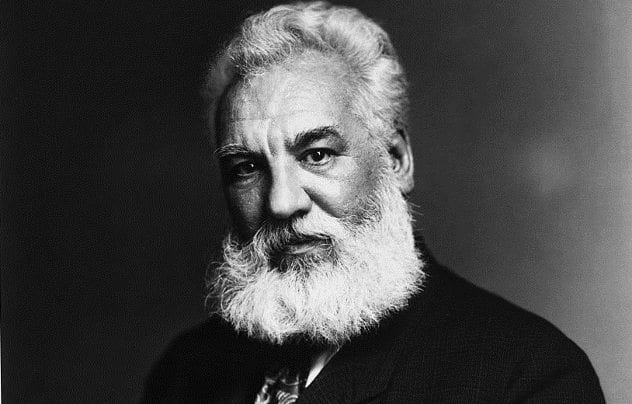 Any grade school kid can tell you who Alexander Graham Bell was. This genius inventor gave us the telephone and connected people in a way previously thought impossible. Aside from being the grandfather of the smartphone zombie, this heroic inventor was a gleaming beacon of togetherness and social interaction.

So it is pretty ironic that he was also a devoted anti-deaf activist. Bell was a proponent of eugenics—the idea that people with disabilities were defective and should not be allowed to “contaminate” the human gene pool. According to Bell, deaf people were especially threatening to “normal” society, and he worked tirelessly to keep them down. He attempted to have sign language outlawed, deaf teachers thrown out of schools, and the marriages of deaf individuals banned. Most horrifically, like most eugenicists, he was in favor of the sterilization of deaf people. This was all done to destroy deaf culture and force those with hearing loss to simply put up with a society that refused to accommodate them. 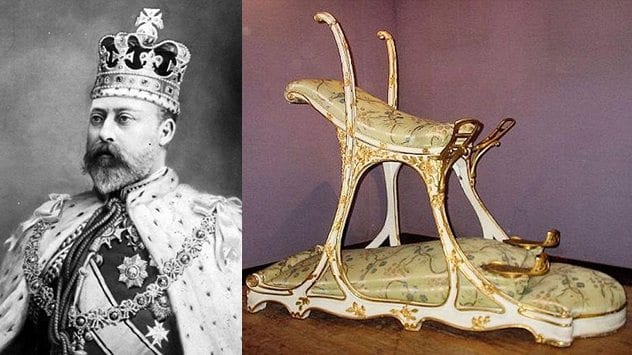 England’s King Edward VII ruled in the very early years of the 20th century. During that time he did all of the things you would expect an English king to do: he signed treaties, posed for paintings, etc. But bizarrely, this seemingly mundane monarch became best known for the incredibly un-kingly things he did in his spare time.

Specifically, he had lots and lots of extremely kinky sex. After falling out of favor with his mother, Queen Victoria, for allegedly causing the death of his father, he decided to go for broke. No longer worried about repercussions, he embarked on a series of over-the-top sexual escapades that would continue until he eventually took the throne. These included royal wife-swapping, bathing in champagne with prostitutes, and the commissioning of a very special piece of furniture. Being a rather large fellow, the good king found sex to be too much of a workout. His salvation came in the form of an ornate “sex chair,” able to seat three people, which allowed him to get nasty in royal comfort. 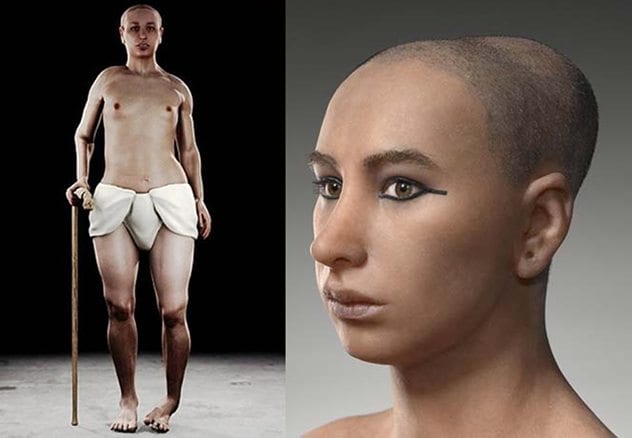 Since archaeologist Howard Carter’s famous 1922 discovery of the Tomb of Tutankhamun, King Tut has become a household name. The mighty ruler is synonymous with the wealth and power of Ancient Egypt. When we think Pharaoh, we think King Tut.

Yet, despite the many discovered paintings of Tutankhamun portraying him as exactly the regal figure we imagine, he was actually anything but. Recent tests performed on his corpse have revealed the true form of this legendary pharaoh.

Like many royal families throughout history, Tut’s was absolutely packed with incest—his parents were brother and sister. As a result, the young king suffered from a range of horrifying deformities including a club foot, severe overbite, skeletal deformations, and abnormally wide hips that required the constant use of a walking stick. Far from the robust ruler we like to imagine, the real King Tut probably needed help to get up from his throne. 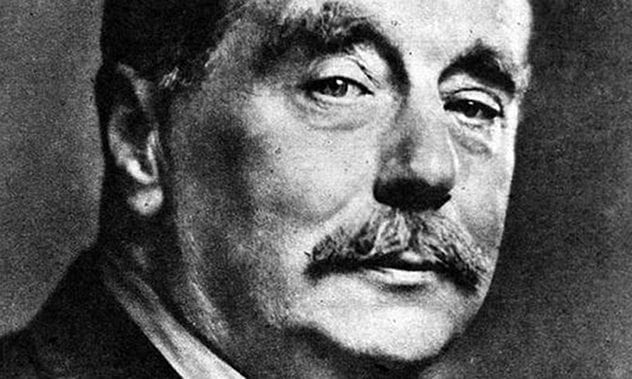 In truth, he had more sex than you will ever have, dream of, or daydream about. After a frustratingly boring childhood in 19th century England, he decided to really let his hair down and enjoy life. And so, between dreaming up alien invasions and invisible madmen, he went to great lengths to build a truly legendary collection of sexual adventures. Adventures which, ever the writer, he recorded in a detailed journal. The daughter of a close friend was described as “most interestingly hairy,” and the friend herself as “insatiable.” An Australian novelist was “entertained” on a copy of a bad review she had received, which was burned afterward. Wells even described himself as “Your Lord, the Jaguar” to some lovers. These erotic escapades continued right up until his death. 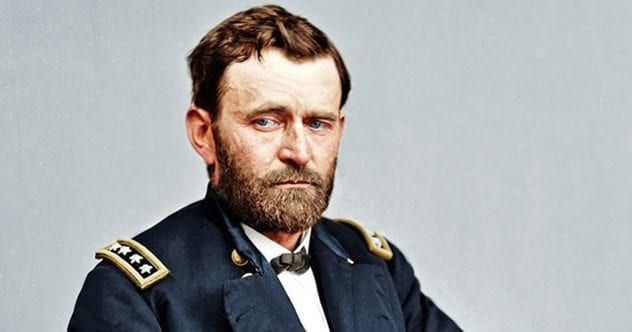 Aside from being the 18th President of The United States, Ulysses S. Grant is best known for his role in the Civil War. Working closely with Abraham Lincoln, he led the Union Army to victory over the Confederacy and ended slavery in the US. His valiant actions made him a hero to millions . . . millions who probably had no idea just how racist he really was.

While it is true he believed slavery was evil and worked to end it; he was still a dedicated white supremacist. He believed people of different races could never live together peacefully, and so after freeing the slaves and becoming President, he devised a plan. Rather than work to solve racial tensions among whites and their newly-freed slaves, he would simply ship all the black people to an isolated island. The Caribbean island of Santo Domingo was to be given $1.5 million in exchange for allowing roughly four million forcefully relocated former slaves to stay there. The proposal gained frightening support before thankfully falling through at the last minute. 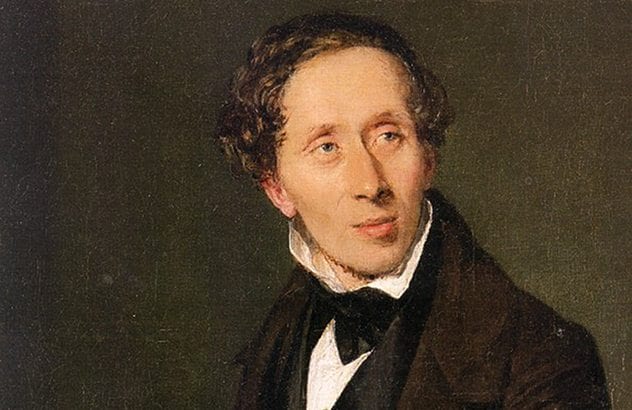 Famed Danish author Hans Christian Andersen is second only to The Brothers Grimm when it comes to beloved childhood fairy tales. The Little Mermaid, The Ugly Duckling, even The Snow Queen, the story that was adapted into Frozen, were all his. We tend to think of him as a gentle, pure sort who had a permanent smile on his face.

And he probably did, but not for the reason you think. Andersen, a socially awkward and intensely lonely man, was completely obsessed with masturbation. Too shy to ever actually attempt sex, but with quite a sexual appetite, he often enjoyed some “alone time.” He even made a note of each, and every time he did so in his diary, as well as the person who had inspired that particular session. He developed a habit of visiting brothels and paying the prostitutes just to talk to him for a little while. He then went home, took care of himself, and made another journal entry, which sometimes consisted of nothing but the words “penis sore.” 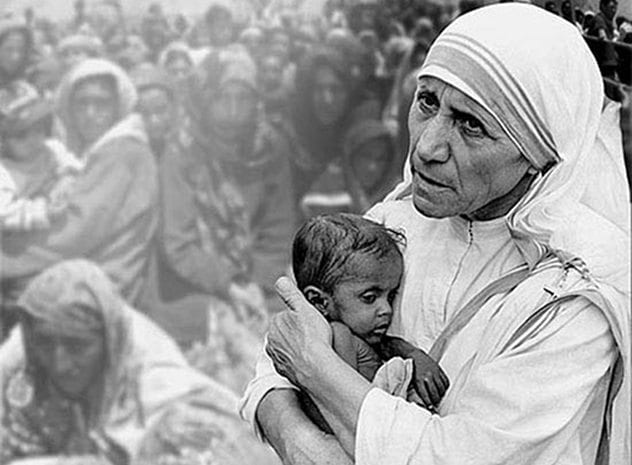 The name Mother Teresa instantly conjures thoughts of selflessness, kindness, and generosity. This Catholic missionary devoted years of her life to easing India’s rampant disease and poverty. So it should not come as much of a surprise to learn that she was canonized in late 2016, officially becoming Saint Teresa of Calcutta.

What may come as a surprise, however, was her horrifying treatment of the patients in her hospitals. Mother Teresa adhered to the nightmarish philosophy that the greatest gift a person can be given is to “participate in the sufferings of Christ.” Therefore, she would stubbornly refuse painkillers to seriously sick or wounded patients and allow wounds to remain open. The suffering, she believed, would bring people closer to Jesus. And even this terrifying cult philosophy aside, these facilities were laughably unfit to cure anyone; Mother Teresa encouraged her volunteers to remain completely medically untrained because “God empowers the weak and ignorant.” As such, needles were often reused, and curable patients were written off as lost causes. She may have meant well, but even a brief time in the care of Mother Teresa would probably have left lasting damage. 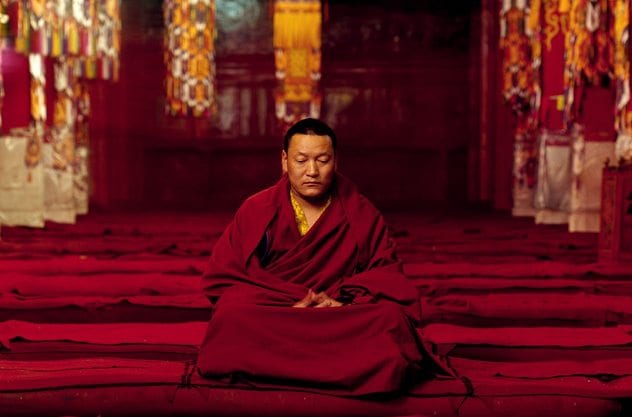 If you have ever seen a movie set in Asia, you have more than likely seen a Tibetan monk. These mellow, red-robed Buddhists, which include the Nobel Peace Prize-winning Dalai Lama, seem like the most peaceful men in history. High in their lofty mountain palaces, they meditate and spend their days in tranquility.

But that was not always the case. As recently as 1959 Tibet was less Nirvana and more Nazi Germany, gripped by a brutal system of segregation and exploitation. The benevolent monks—called Lamas—we know and love were once vicious tyrants that enslaved their people through fear and a crippling tax system.

The callous Lamas treated everyone without their own extravagant castle as purely expendable; kidnapping, rape, and torture were common practice. The rare few that stood up to them did not do so for long—cut hamstrings, and removed eyeballs were standard punishments for the disobedient. This horrifying regime was toppled after China invaded Tibet in 1950, finally ending the monks’ reign of terror and transforming them into the smiling clichés they are today.