Keeping up with the news is hard. So hard, in fact, that we have decided to save you the hassle by rounding up the most mind-blowing events each month. In the US, “news” in March meant “trying to keep track of just what the heck is going on with healthcare.” But while Washington was bickering, the rest of the world was being gripped by events that were by turns strange, historic, and deeply disturbing. 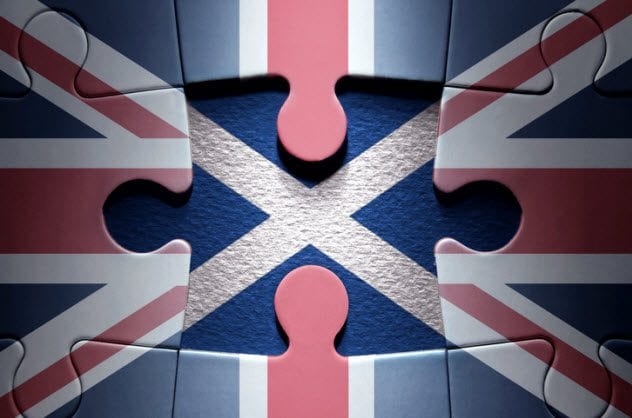 September 2014. After the citizens of Scotland voted 55 percent to 45 percent in favor of staying in the UK, Prime Minister David Cameron declared the question of Scottish independence settled “for a generation.”

The same thing driving everything in British politics: Brexit. When the UK voted to leave the EU, the Scottish voted firmly to remain, by 62 percent to 38 percent. One of the biggest anti-independence arguments in 2014 had been that seceding would take Scotland out of the EU. With Scotland now being dragged out anyway, First Minister Nicola Sturgeon felt compelled to call “indyref2.”

Scotland doesn’t actually have the power to authorize a referendum. That’s London’s job, and Prime Minister Theresa May has said it won’t happen until after Brexit. But given the strength of feeling in Scotland, it seems she won’t have much choice. We’re calling it now: Scotland will be the world’s next sovereign state. (Sorry, Catalonia.) 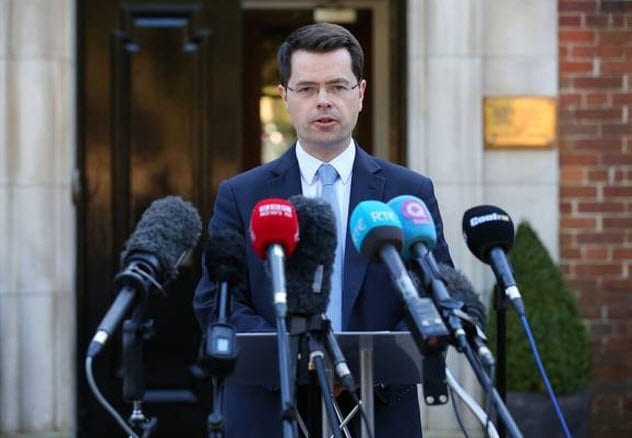 From 1968–98, Northern Ireland was wracked by an urban guerrilla war between Irish Republican Catholics and Ulster loyalist Protestants that killed 3,600. In the aftermath of the Good Friday Agreement, a power-sharing executive was set up at Stormont on the condition that both sides would jointly rule at all times.

The exact ins and outs are complicated. In the previous government, the DUP had been involved in a financial scandal linked to heating subsidies. Sinn Fein resigned in protest, triggering an election.

With forming a government now impossible, Northern Ireland may return to direct rule from London. This would kick a hole through the Good Friday Agreement and raise the specter of a return to the darkest days of the conflict.

8 The Tasmanian Tiger Came Back From The Dead (Maybe) 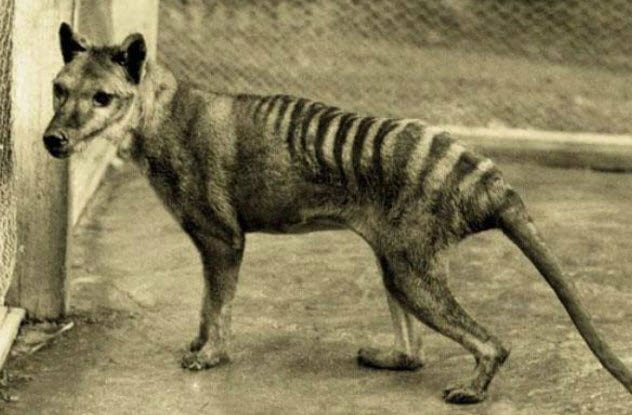 In 1936, the last Tasmanian tiger died in Hobart Zoo, Australia. Or did it?

Fast-forward to 2017, and a glut of sightings from credible witnesses has caused Australian researchers to face a tantalizing prospect. Far from being extinct, the Tasmanian tiger may be thriving.

Sightings of thylacines are relatively common. By one count, at least 3,000 Australians alive today claim to have seen one. But what’s different here is who saw these creatures.

One was a longtime camper and woodsman who knew his dingoes from his thylacines. Another was a ranger of the Queensland National Parks Service. Yeah, Queensland. Despite its name, the Tasmanian tiger may today be living on the Australian mainland.

If thylacines were rediscovered, it would be an epic win for biodiversity. The good news is such precedents exist. In 2013, the night parrot was photographed in Western Australia almost 100 years after supposedly going extinct.

7 We Came Closer To Conquering Paralysis

For many of us, it would be the ultimate nightmare. To suffer a spinal injury and find ourselves suddenly unable to move or feel below our neck. Yet this medical horror may not plague us much longer. For the first time, a pioneering neuroprosthetic procedure has allowed a paralyzed man to move his arm just by thinking about it.

To put it mildly, this is incredible. Previously, paralyzed patients had to use their remaining muscle movements—a twitch of an eyelid, say—to tell a computer what to do. Bill Kochevar, on the other hand, simply has to think about it.

Following experimental surgery at Case Western Reserve University in Cleveland, Ohio, Kochevar has implants in his brain that can send signals to a computer, which then tells his arm to move. The process is painfully slow (it took Kochevar four months to train his brain), but still. This initial breakthrough could conceivably pave the way for a world without paralysis. 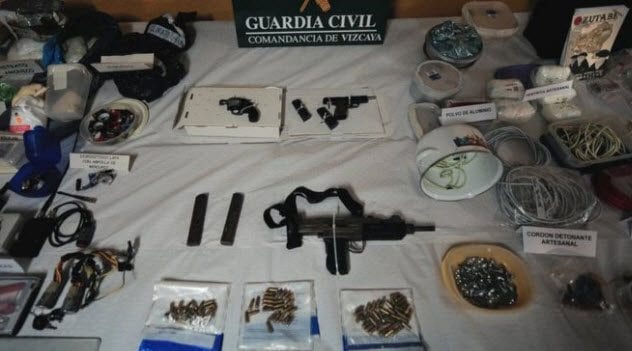 The initials ETA were once as feared as those of the IRA. A Basque terrorist group, ETA waged a campaign of bombings and assassinations against Spain from 1968 until 2011.

At their height, they were able to assassinate Prime Minister Luis Carrero Blanco and launch bomb attacks that claimed dozens of victims. Between 800 and 1,000 people died during their reign of terror. Although the group stopped fighting in 2011, they never actually disarmed. Until now.

On March 17, 2017, ETA released a statement through nonviolent Basque independence group Bizi, saying that ETA was surrendering its weapons. Guns and bombs would be handed over to Bizi, who would in turn hand the arsenal over to the authorities by April 8. When that happens, Spain’s last homegrown terror group will have officially disbanded.

Although ETA hasn’t engaged in any significant violence since 2006, this is still a major milestone in anti-terror history. As the world is consumed by more Islamist attacks, it’s comforting to know that even the hardiest terror groups cannot last forever. 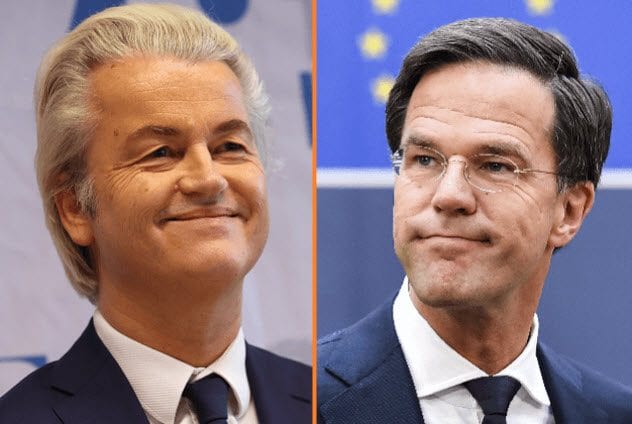 2017 is a major year for European elections, and the script was meant to have already been written. Following the populist triumphs of Brexit and Trump, far-right Geert Wilders would sweep the Dutch elections, Marine Le Pen would become president of France, and Alternative fur Deutschland would finally unseat Angela Merkel.

While two of those things could still happen, the first one spectacularly failed to materialize. After topping the polls for months, Wilders led his anti-immigration, anti-EU PVV into the Dutch elections . . . and promptly lost to Mark Rutte’s centrist VVD.

This wasn’t a total failure for Wilders. The Netherlands proportions its 150 parliamentary seats according to the popular vote. So coming in second out of 10-plus parties is no mean feat.

On the other hand, Wilders’s 20 seats was only one ahead of the centrist CDA and D66 parties, both with 19 seats each. Add the VVD, CDA, and D66 votes together, and it looks less like a triumph for populism and more like the Dutch simply voting for different flavors of moderates. 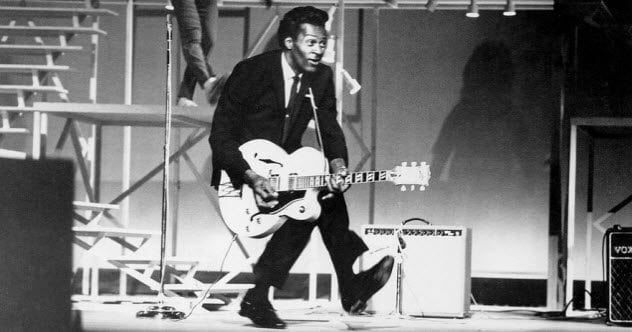 Without Chuck Berry, you don’t have modern popular music. It’s as simple as that.

When the 1950s started, Berry was an ex-con working as a cosmetician and about to turn 30. Before the decade was over, he’d redefined music for an entire generation.

He made black music not just palatable for white audiences but something they lapped up like crazy. He released records that captured the experiences of America’s rebellious postwar teenagers. He influenced countless artists. But most importantly of all, he made records that still stand up today.

Chuck Berry’s death on March 18, 2017, wasn’t exactly a shock. The dude was 90. He’d lived as hard as anyone. Yet his passing still managed to cast a pall over the music-loving world.

Berry had been more than just another singer. He’d been an innovator who changed everything. As John Lennon once said, “If you tried to give rock and roll another name, you might call it Chuck Berry.” 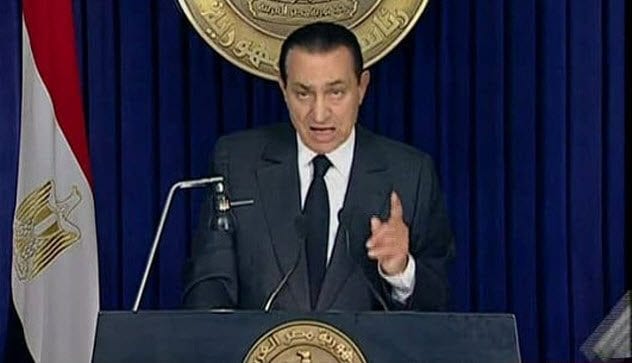 The last half-decade has been one of the craziest in Egyptian history. In 2011, a revolution ousted longtime dictator Hosni Mubarak. A year after that, the Muslim Brotherhood won Egypt’s first free election in decades.

A year after that, an armed coup overthrew the Brotherhood and installed new dictator General Sisi. His ascension was then followed by a brutal Islamist insurgency that has killed hundreds.

Throughout all this mayhem, one factor has kept the revolutionary flame at least smoldering. Mubarak was still in jail. The hundreds who died or disappeared in 2011 had not gone in vain. Or so it seemed.

In March 2017, a court finally freed Mubarak, allowing the 88-year-old strongman to return to his Cairo mansion. The last symbol of the Arab Spring had been cruelly shattered.

For those who believe in holding dictators to account for their crimes, this is a sickening—if long expected—kick to the gut. Mubarak was a despot, a killer, and a crook. Yet he will now die a free man, while the families of his victims will get nothing.

2 Washington Was Rocked by Leaks, Counterleaks, And Looming Scandals 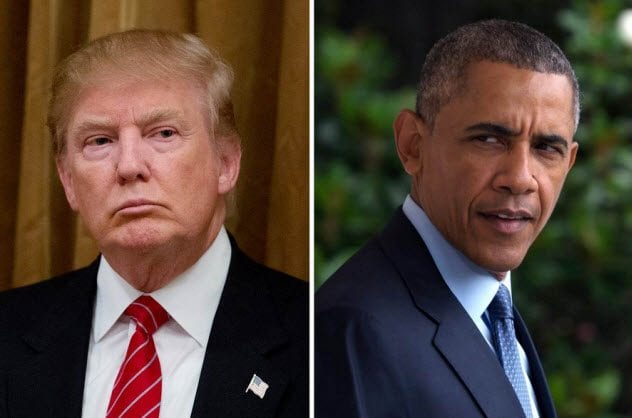 The stuff coming out of Washington last month was enough to fill this entire list (again). We don’t wanna go over every newsworthy tale of the new administration, but one story deserves your attention.

Why? Because it suggests either the 45th or 44th US president is now sitting at the epicenter of a political storm that will make Watergate look like a gentle squall.

The facts are these. The FBI is investigating coordination between the Trump team and Russia to influence the last election. At the same time, the White House is pushing Congress to investigate “abuse of power” by Obama because Trump claims he was wiretapped by Obama. We now know that members of Trump’s campaign were “incidentally” monitored during the Russia investigation.

As more and more corroborating information comes to light, it’s starting to look like there are only two probable explanations. Either Obama illegally used the intelligence services as his own private goon squad or Trump colluded with Putin to sabotage US democracy.

Either story would blow Watergate out the, um, water. Either has the potential to divide the country like nothing since the Civil War. And neither story looks likely to go away anytime soon. 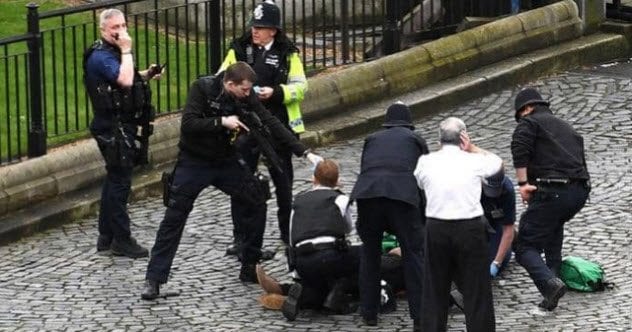 The last time a multiple-casualty terror attack was carried out in London, it was summer 2005. Four Islamists detonated suicide bombs on the London Tube and on a bus, killing 52.

In the aftermath of 7/7, Britain dramatically improved its counterterrorism operations. New techniques were brought in. Special efforts were made to forge strong relationships with alienated Muslim communities. It worked.

In nearly 12 years, London suffered only a single Islamist-related death when soldier Lee Rigby was brutally assassinated by two Al-Qaeda affiliates. Then came March 22, 2017, and that long peace was violently shattered.

That afternoon, an Islamic extremist rammed a car into a crowd of tourists outside Westminster, killing three and injuring 50. He then stabbed a policeman to death outside the House of Commons before being shot and killed.

The location of the attack was no accident. The House of Commons is the seat of British democracy, chosen for its symbolic value. Yet the response proved that British democracy is stronger than one scumbag.

A week after the attack, thousands of Londoners gathered on Westminster Bridge for a vigil. Muslim schoolgirls, Jewish elders, black policemen, Asian students, white workers, and tourists from around the world all stood together to prove that London is a city that evil can’t ever hope to divide.

In dark times, it’s comforting to know that we humans can still stand together.