When people think about the properties of rocks, odor is not one of the things that comes to mind. Rocks and minerals aren’t known for what they smell like. Most handbooks and manuals of mineralogy make no mention of odor. In general, it’s true that most rocks don’t smell, but there are some that do. 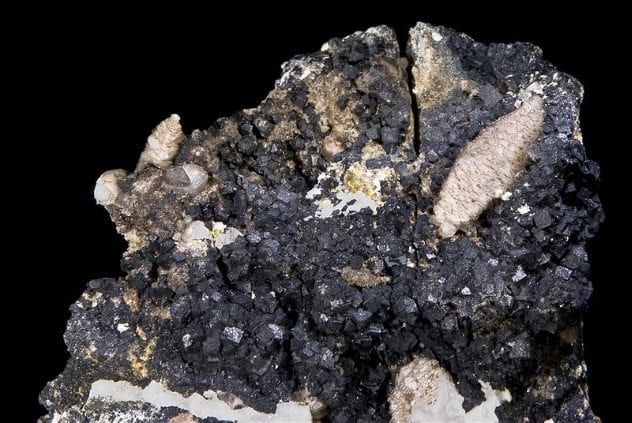 Antozonite is a variety of the mineral fluorite with color that shades from dark violet to black. It’s not unusual for a mineral to have a nickname, but antozonite has several. In German, it is known as “stink-fluss” and “stink-spat.” In English, it has earned the names “stinkspar” and “fetid fluorite.” This rare form of fluorite is infamous for its smell.

When antozonite breaks or is crushed, it reeks. The source of the stench is fluorine gas trapped inside the tiny, porous spaces inside the mineral. When those pores are broken open, the acrid fluorine gas is released and reacts with oxygen and hydrogen in the air. The result of the reactions is pungent ozone gas and hydrofluoric acid vapor, which will attack any unsuspecting noses nearby. Fetid fluorite lives up to its name. 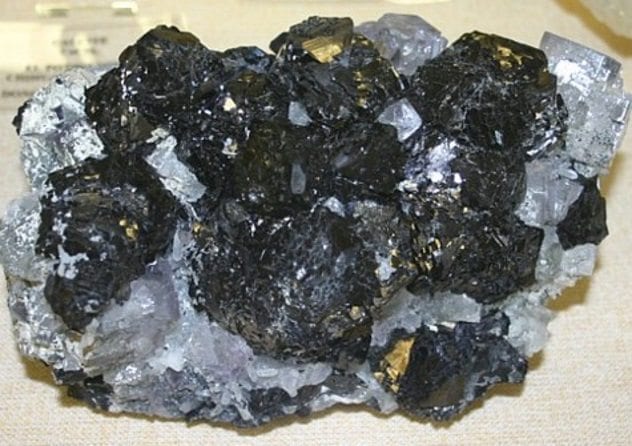 Sphalerite is the scratch-and-sniff mineral. It is made up of the elements iron, zinc, and sulfur. It’s also the most important ore mineral for zinc. Sphalerite is commonly found around mineral-rich areas known as sulfide deposits. While it can form lovely transparent yellow-brown to black crystals, it often occurs as an ugly, dark lump with yellow, red, brown or black tints. Unfortunately, there are many other minerals that can also look like dark, ugly lumps with tints of various colors.

Because the color of sphalerite can be so different from place to place, almost every student who has ever taken a mineralogy class has learned a quick and easy scratch-and-sniff test to identify sphalerite: Use the mineral to scratch a piece of unglazed porcelain (called a streak plate), and immediately sniff the scratched mineral. The streak on the porcelain will be a shade of yellow, and the scratched mineral will have a sulfur-like smell resembling the odor of a just-lit match. 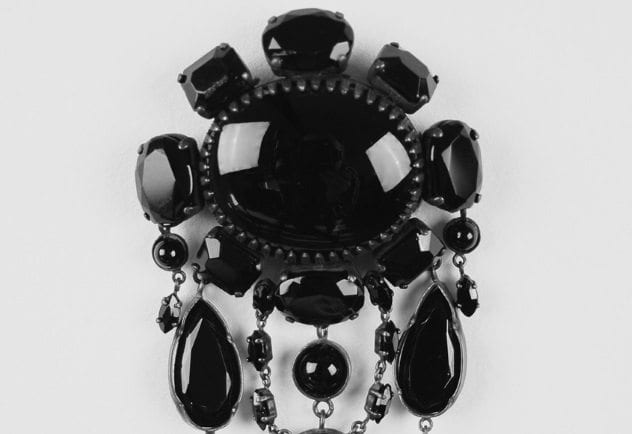 The poorest grade of coal is lignite. Living up to its identity as a fossil fuel, many pieces of lignite are true fossils that preserve the shape of trees and branches. The 19th-century Victorians liked to carve and polish lignite to a mirror finish and use it in jewelry. They named it jet. The best-known location for jet is the seaside town of Whitby, on England’s northeastern coast.

Queen Victoria made Whitby famous. After the death of her husband, Prince Albert, Victoria dressed in mourning black for the rest of her life. She popularized jet jewelry from Whitby because jet was one of the few gemstones that didn’t clash with her all-black wardrobe. This makes jet the only fossil fuel that doubles as a fashion accessory.

One of the tests used to identify jet is to heat a needle and then stick it into the rock. If the rock is jet, it will smell like burning tar or coal. Black plastic will smell like burning plastic, and black gemstones like onyx and hematite will not smell at all after being poked with a hot needle. The hot needle test will leave a little pit on the surface of the jet, so it’s not a good idea to try this on your grandmother’s antique Victorian brooch. 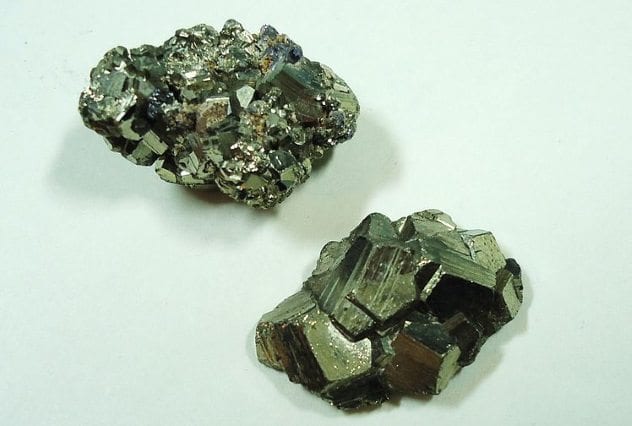 Many sulfide minerals are known for their sulfur-like stink. Pyrite, famously known as “fool’s gold,” is the shiny, gold-colored mineral often mistaken for gold. There is no gold in pyrite, only iron and sulfur. Unfortunately for amateur prospectors, pyrite and gold are often found in the same places. There are several ways to tell pyrite from gold, and one is with your nose.

When gold is warmed up, it has no smell, but when pyrite is warmed up, the mineral will begin to stink. Warmed pyrite releases sulfur into the air. That sulfur vapor wants to bond with oxygen and hydrogen in the atmosphere, producing hydrogen sulfide and sulfur dioxide. Hydrogen sulfide (HS) is responsible for the smell of rotten eggs. Sulfur dioxide (SO2) is the smell of brimstone, the poetic name for burning sulfur. Hot fool’s gold: It stinks! 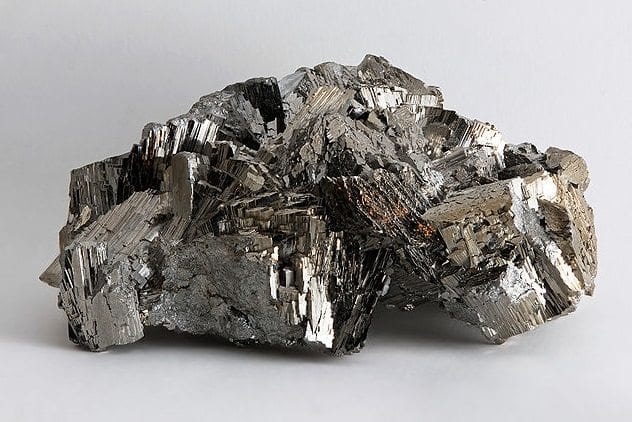 Not all of the smelly sulfide minerals smell like sulfur. There is one mineral that is shiny like pyrite and also contains sulfur and iron like pyrite (plus one other element), but when struck with a hammer or scratched with unglazed porcelain, it smells like garlic! Even if you love garlic in your food, don’t go taking deep whiffs of this mineral because that one other element is arsenic. This mineral is called arsenopyrite, a pale yellow pyrite lookalike.

The garlic smell is actually the smell of arsenic trihydride, better known as arsine gas. The toxic gas released from scratching or striking a small piece of arsenopyrite isn’t enough to poison an adult, but arsenopyrite isn’t a mineral anyone wants to leave on a kitchen windowsill or in the centerpiece on the dining room table. It may be pretty, but you don’t want children and pets to get a hold of it. 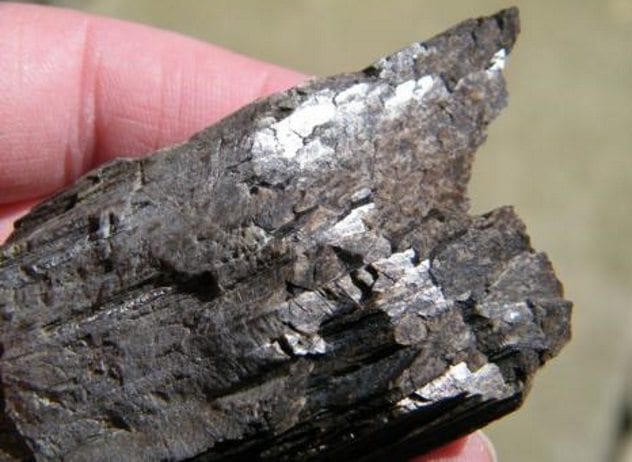 Anthraconite is a black limestone made of calcite and bitumen. It is also known as “stinkstone” or “swinestone.” Bitumen is that black, sticky tar that is mixed with sand and pebbles to make asphalt road surfaces, though some people use the word “asphalt” interchangeably with “bitumen.” In North America, many people use the word “asphalt” for both the tar substance and the road surface, while many people in Australia use the word “bitumen” in the same way. Regardless, anthraconite is full of bitumen.

If you rub anthraconite with a rag or heat it up, it lives up to its name and produces a fetid or tarry stench. Thankfully, it is an uncommon rock; there are only a few places with notable outcrops, like Michigan and Ontario in North America and Saxony-Anhalt in Germany. 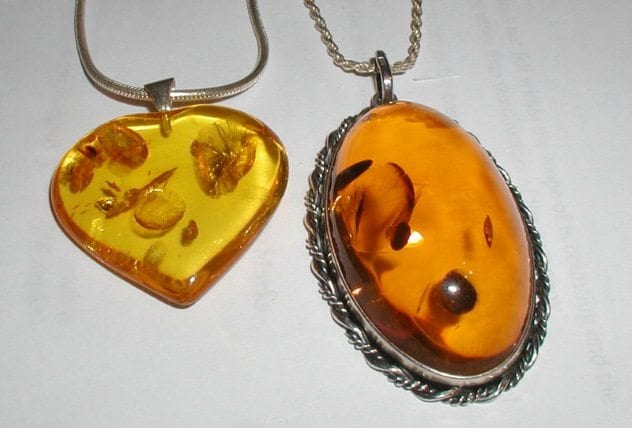 Another organic gemstone that also has its own smell is amber. Like Whitby jet, amber is also a fossil. In this case, it’s fossilized free resin that is millions of year old. Amber isn’t black and opaque like jet. Instead, it is a clear, yellow-to-red stone, famous for washing up on beaches along the Baltic Sea. It is often less dense than saltwater, so it can float on the surface of ocean. Deposits of amber exist all over the world, and people find or dig for amber in places like Alaska, Prussia, Latvia, New Jersey, Kansas, and the Dominican Republic.

Like jet, the smell of amber is liberated using the hot needle test: Heat a needle up and sick it into the amber. The resultant smell is like burning pine sap or woody incense but with more smoke in it. The hot needle test will leave a pit in the amber, too.

The burning pine smell from amber is not the scent marketed by the perfume industry as “amber scent” or “essential oil of amber.” The use of the word “amber” in perfumes is unrelated to the actual gemstone. Perfume amber is based on modern wood oils and has nothing to do with rocks. 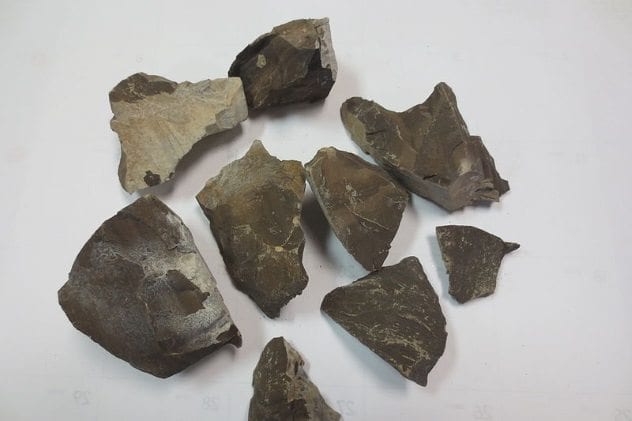 Shale is a clay-rich sedimentary rock found all over the world. If shale gets wet, it usually smells like mud or wet dirt. However, the rock known as oil shale has a smell like diesel oil or tar. That oily smell is from a petroleum-like substance known as kerogen. Kerogen is not yet oil. It needs to be heated or treated with solvents first to turn it into oil.

Getting the oil out of oil shale is not easy, as shale is good at preventing the flow of fluids like water and oil. Even if the kerogen could be turned into oil within the shale, pumping it out is expensive and difficult to do without harming groundwater or the environment. Some oil shale could be mined and then treated above the ground, but mining is expensive and, again, not friendly to the environment.

It will be a long time before anyone uses oil shale to produce oil. Regardless, it’s not hard to find an outcrop of oil shale in areas where it is common, like Northwestern Colorado in North America or coastal Queensland in Australia. On a warm day with no wind, just follow your nose. 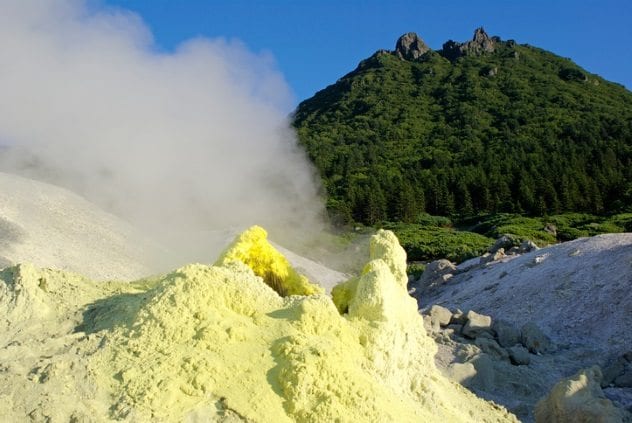 No list of rocks that stink can omit the smelly rock made famous by the Bible itself: brimstone. The first famous mention of brimstone in the Bible comes from the Book of Genesis, Chapter 19, Verse 24: “Then the Lord rained upon Sodom and upon Gomorrah brimstone and fire from the Lord out of heaven.” Equally as famous is the lake of fire and brimstone from Chapter 21, verse 8 in the Apocalypse of Saint John, better known as the Book of Revelation: “The fearful, and unbelieving, and the abominable, and murderers, and whoremongers, and sorcerers, and idolaters, and all liars, shall have their part in the lake which burneth with fire and brimstone.”

“Brimstone” is an old name for sulfur, from the Old English “brynstan,” which means “burning rock.” Sulfur and fire are often found together at volcanoes. Volcanic gasses can deposit sulfur on the surfaces of volcanoes and around the mouths of volcanic steam vents called fumaroles. Sulfur is quite flammable, so volcanic eruptions will usually set any sulfur deposits that are present on fire. Fire and brimstone really do go together in nature. Pure, elemental sulfur has no smell. It is the sulfur dioxide smell produced by burning sulfur that is associated with fire and brimstone. 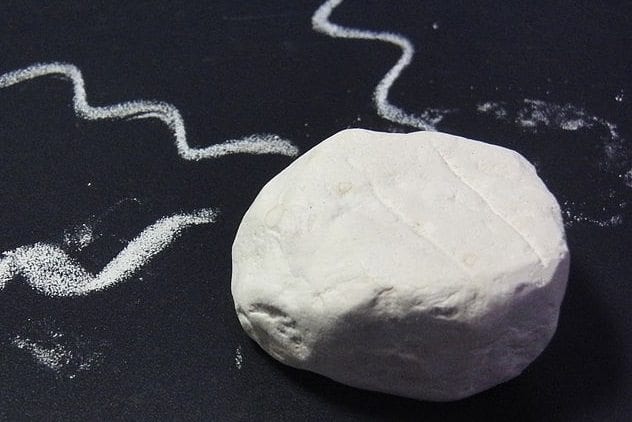 Kaolinite is the mineral name for China clay. It is a beautiful, white clay named after Kao-Ling Mountain in China. It is used to make all kinds of ceramics and is also safe to eat. While eating clay may sound strange, people have been swallowing kaolinite for years. It is used in medicines as well as toothpastes.

Up until the late 1980s, the anti-diarrhea drug Kaopectate had two active ingredients: kaolinite and pectin. The odorless sugar compound pectin is a soluble fiber and thickening agent used to make jellies and jams, while kaolinite is excellent at absorbing fluids. The combination of the two was effective against the runs. People old enough to remember the original Kaopectate may also remember its distinctly chalky, clayey smell. That is the smell of the mineral kaolinite.

Catherine Clark is a retired scientist and former college instructor of mineralogy. She writes a blog with the self-explanatory title of someonewaswrongontheinternet.com.