A lot has happened in the world of science in the past 10 years. From water on Mars to memory manipulation to a crazy thing called “dark matter,” everything on this list proves that if the next decade is anywhere near as important for science as the last, we are truly living in exciting times.

10The Reprogramming Of Stem Cells 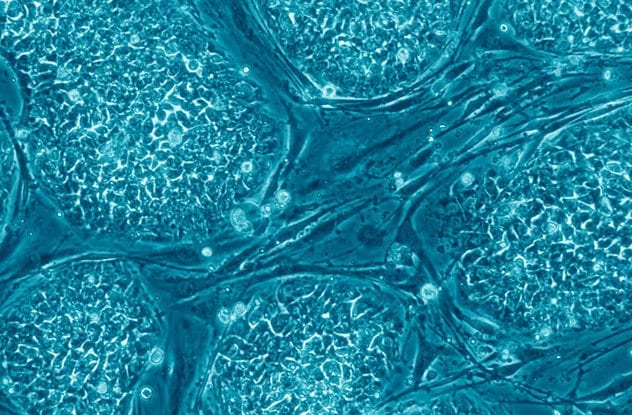 Stem cells are pretty cool. They are just like any other cell in your body—except they possess the innate ability to change into any kind of cell they like at will. This means they can turn into, for example, a red blood cell if that’s what your body lacks right now. Or a white blood cell. Or a muscle cell. Or a nerve cell. Or a . . . you get the idea. Anything.

This is a cool thing already, but we’ve known about stem cells since 1981. What we didn’t know until 2006, however, is that any cell in your body can be reprogrammed and turned into a stem cell. And it’s pretty simple to do, too. A guy called Shinya Yamanaka was the first to do it by adding four specific genes into a skin cell. Within two to three weeks, that skin cell was a stem cell that could then turn into any other kind of cell found in our bodies. This is a huge deal for regenerative medicine, since this is a single source that can provide cells needed to repair damage done to your body by disease.

9The Largest Black Hole Ever Discovered 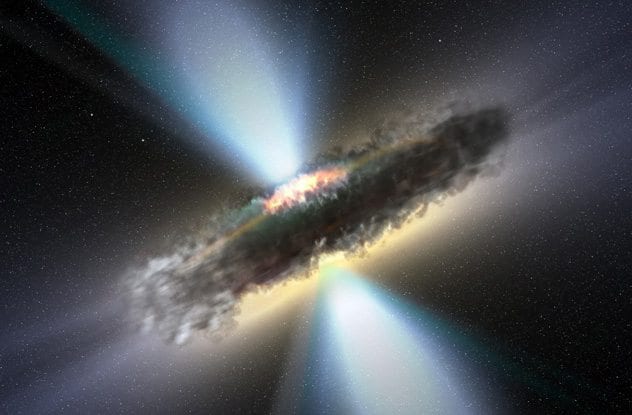 In 2009, a team of astronomers set about measuring the mass of a black hole that had been recently discovered, dubbed S5 0014+81. Little did they know it would turn out to be over 10,000 times more massive than the supermassive black hole at the center of the MIlky Way, making it the largest black hole known to man by far.

This ultramassive black hole is equivalent to 40 billion solar masses—if you take our sun and multiply it by 40,000,000,000, that’s roughly the mass of this single black hole. What makes it even more incredible is that it was formed relatively early in the history of the universe, only 1.6 billion years after the big bang. This, therefore, suggests that black holes of this size grow incredibly quickly. 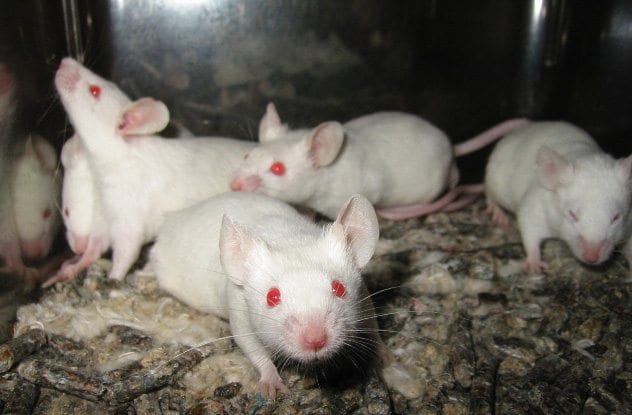 This one certainly sounds like something ripped from Inception. In 2014, scientists Steve Ramirez and Xu Liu made negative memories in the brain of mice be viewed by the mice as positive, and vice-versa. They implanted light-sensitive proteins into the mice and, you guessed it, shined a light into their eyes.

Now, negative events the mice had endured were remembered fondly, while positive events were recalled as awful experiences. This has opened up a whole new form of potential treatment for those suffering from PTSD or intense feelings of grief from the loss of a loved one. This could turn out to be a very useful discovery in the near future.

7A Computer Chip That Mimics The Human Brain 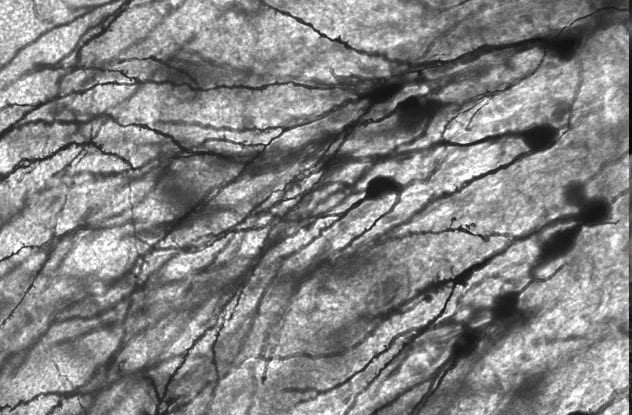 Though this was thought to be impossible just a few years prior, IBM released a computer chip that works similarly to the human brain in 2014. Containing 5.4 billion transistors and consuming 10,000 times less power than conventional computer chips, SyNAPSE works by simulating the synapses found in your brain. 256 million of them, to be precise. These can be programmed to do whatever the user wants them to, making them incredibly useful in supercomputers and distributed sensors.

SyNAPSE is not limited in terms of performance, thanks to its radically differing design when compared to a mainstream computer. It’s event-driven, so it only turns on when it needs to, saving power and lowering temperatures. This revolutionary technology could seriously change the computing industry for the better in the coming years. 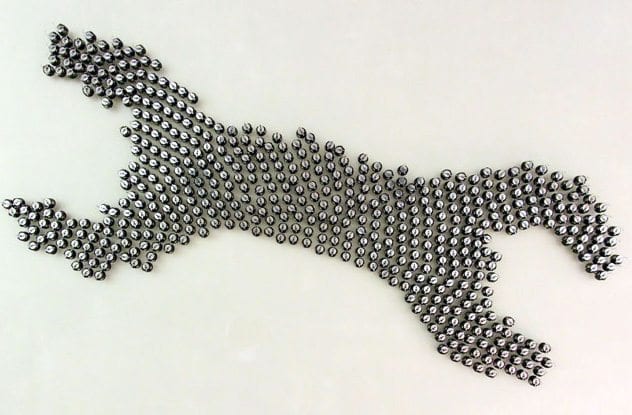 In 2014 (wow, a lot happened in 2014), 1,024 “kilobots” received the task to arrange themselves into the shape of a star. Without any further instructions, they worked together and came together in a perfect star shape. They were slow, jerky, and collided with each other a few times, but they accomplished the task by themselves nonetheless. If one gets stuck or confused, it talks to its neighbors, who help get it back on track.

So what’s the use of this beyond Skynet? Tiny robots injected into your bloodstream could form themselves into swarms to fight disease. Larger ones could fan out on search and rescue missions, and even larger ones could potentially shape into entire buildings. Sure—they COULD form armies and fight against us in an epic summer action blockbuster, but let’s just think positive, okay? 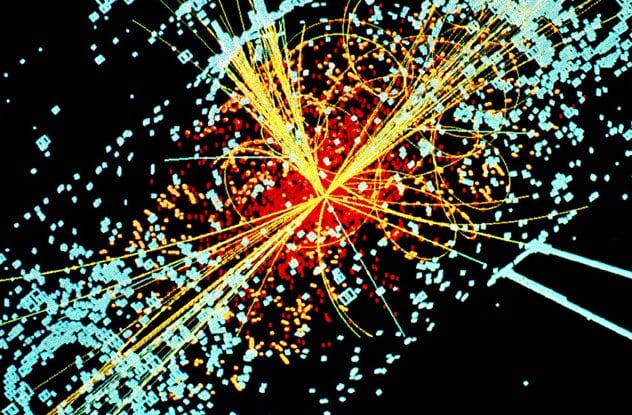 Dark matter is a largely unidentified form of matter that explains a lot of strange astronomical scenarios. Here’s one: Say there’s a galaxy with the mass of a thousand planets inside of it. When we add up the mass of all of these planets and compare it to the way the planets and the galaxy as a whole move, it doesn’t add up. They are moving in a manner that can only mean there is far more matter than what we can see, hence the name “dark matter.”

In 2009, several US laboratories announced they had captured dark matter on sensors inside an iron ore mine half a mile underground. Two particles had been detected exhibiting all the suspected characteristics of dark matter. Work is underway to triple-check that the readings were accurate, but all the signs are pointing to these particles being dark matter. This could very well be one of the most significant discoveries in physics in the past century.

4Is There Life On Mars? 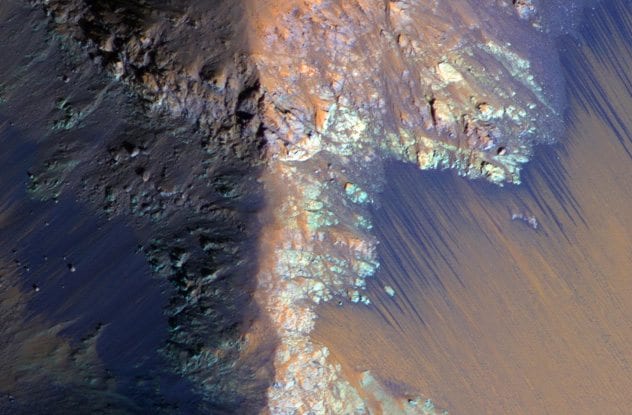 Maybe. In 2015, NASA released images showing long, dark streaks on the surface of the red planet that appear and disappear throughout the seasons. This is solid proof that liquid water exists on Mars today. We’ve known it existed on Mars in the past for a while now, but to know it is there in the present is a game changer. This opens the door to the infamous “Life on Mars?” question, as liquid water generally seems to result in the presence of life.

The presence of water would also be a big help when we finally go on a manned mission to Mars in around 2024, as astronauts could use less resources if they could simply use the resources that are already present on the Martian surface.

Yeah, not just the boosters on the side—an entire rocket. SpaceX, the private space exploration company owned by billionaire entrepreneur Elon Musk, has managed on several occasions to land a rocket on a remote-controlled barge in the middle of the ocean.

It’s been so successful that it’s now just considered a normal part of SpaceX’s missions. This saves the company billions of dollars in rockets, since they can be refurbished, refueled, and reused as opposed to dumped somewhere in the Pacific—bringing us a few steps closer to Mars. 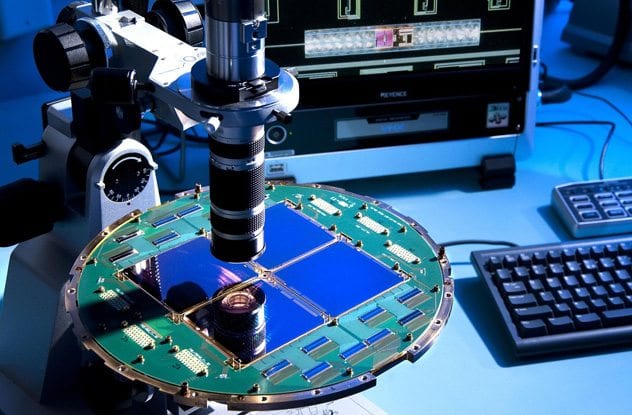 Gravitational waves are ripples in the fabric of space-time that travel at the speed of light. They were predicted by Albert Einstein in his Theory of General Relativity, which states that mass curves space-time. Things like black holes merging send out gravitational waves that, in 2016, were detected by various LIGO laser apparatus as passing over the Earth, confirming Einstein’s predictions made 100 years prior.

This is a hugely important event in the field of astronomy as it proves a large part of Einstein’s theory of general relativity right, allowing us to now rely on apparatus such as LIGO for future detections of large-scale cosmic events. 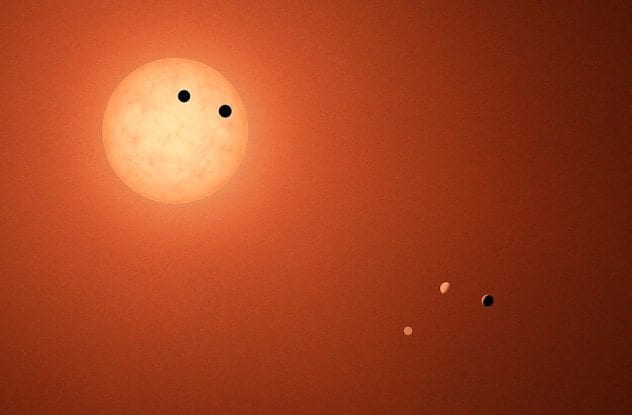 TRAPPIST-1 is the name given to the star system approximately 39 light-years away from our solar system. So, what makes it so special? Oh, not much. Besides it having a star 12 times less massive than our sun, with at least seven planets orbiting around it—three of which are inside the habitable zone that could potentially harbor life.

This a huge deal. 39 light-years is relatively close, and three Earth-sized planets in the habitable zone is the best chance we’ve got for discovering life beyond Earth so far. All seven planets discovered so far could have liquid water—the key to life—but this is most likely with the three in the habitable zone. It is even possible that if there is life, we could detect it and confirm it from right here on Earth. Now that’s pretty cool.

I write lists in my spare time.