Good morning 2020! A lot can change in ten years. Over the past decade, we’ve seen the start of a new race to Mars, the commercial release of self-driving cars, and the first photograph of a black hole. And over the next ten years, the changes are going to be even more incredible.

These predictions aren’t messages sent to us from angels or ideas we’ve pulled out of a hat. They’re a combination of scientific and economic forecasts from some of the world’s leading experts and real projects, already in progress by actual inventors.

They’re not just fantasies — they’re events that very likely will happen over the next ten years; an early catalog of what will be the ground-breaking moments of our future’s history. 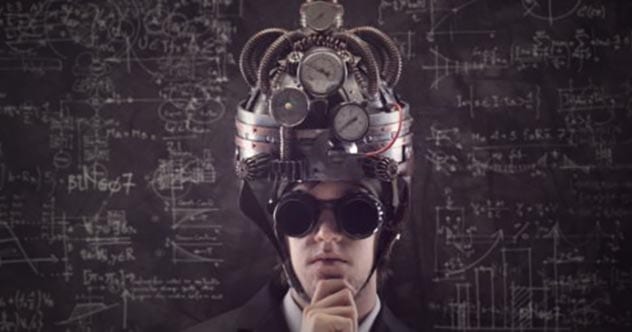 Machines that can read your mind might sound like something from a distant, sci-fi fantasy, but if scientists meet their planned schedule, we should start seeing the first telepathic machines announced within the next 12 months.

That’s the deadline a group of Japanese scientists set back in 2010 when they first announced their plan to release machines that can read your mind and turn your thoughts into text messages.

Since then, scientists have already made some incredible breakthroughs. A team of Japanese scientists has already developed technology that can decode brain activity to create rough images from people’s thoughts. Meanwhile, scientists at Carnegie Mellon University have already created a machine that looks at brain signals and uses them to read the thoughts in your mind — and they claim it’s accurate 87% of the time.

It’ll probably be several years before mass-marketed telepathic products are on the shelves of your local Wal-Mart, but as the researchers working on this technology wrap up the first phase of their work next year, expect to hear about some incredible breakthroughs that, further down the road, will lead to inventions that will change our lives. 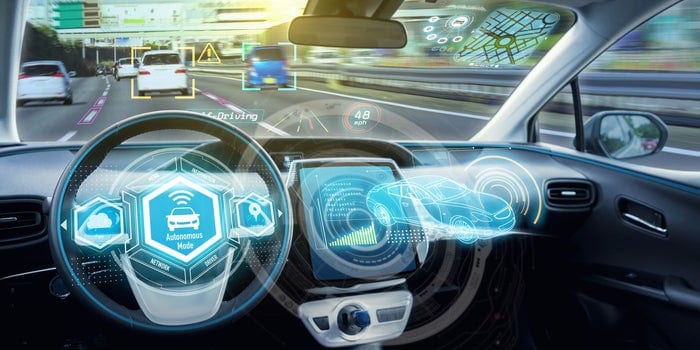 Self-driving cars have already hit the market, but they’re hardly ubiquitous. Today, owning a car that can drive you to work is usually a luxury reserved for the wealthy few — but all that’s going to change in 2021.

That’s the year the Chinese company Baidu plans to release a mass-produced fleet of self-driving vehicles to fill the streets of Beijing and Shanghai. And if China’s success with electric cars is any indication, we can count on seeing them adopted there a whole lot faster than they have been in the West.

Without all that pesky democracy and freedom in its way, China’s been able to make buying electric cars almost a necessity. In China’s largest cities, anyone buying a gas-powered car has to pay about $14,000 USD for a license plate, all but forcing citizens to buy electric — and, as a result, about 60% of global electric car sales are currently sold in China.

If Baidu gets the Chinese government’s support, we can expect their fleet of self-driving cars to start seeing widespread adoption — and with it, we’ll start seeing the first steps toward driverless cities in 2021. 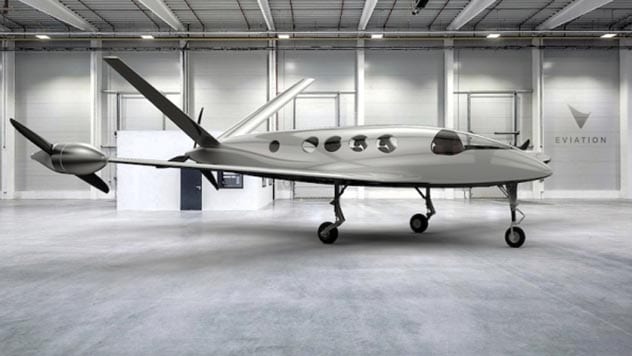 This one isn’t even a sci-fi idea anymore. Eviation’s aircraft has already been unveiled to the world, and it’s not even the first of its kind. One team of pilots has already circled the world an electric plane. But in 2022, we’re going to start seeing zero-emissions, electric airplanes charged with solar panels become a real option for every flight we take.

Norway has already committed to using those electric-powered aircraft by 2023 and plans on having the world’s first airport that is fully self-sufficient on renewable energy sources by 2025.

The airplanes of the future might even be cheaper. Eviation Aircraft is expecting that their electric planes will only have to spend $8 for enough energy to travel 100 miles — compared to the $400 of fuel required for a gas-guzzling airplane to make the same trip. 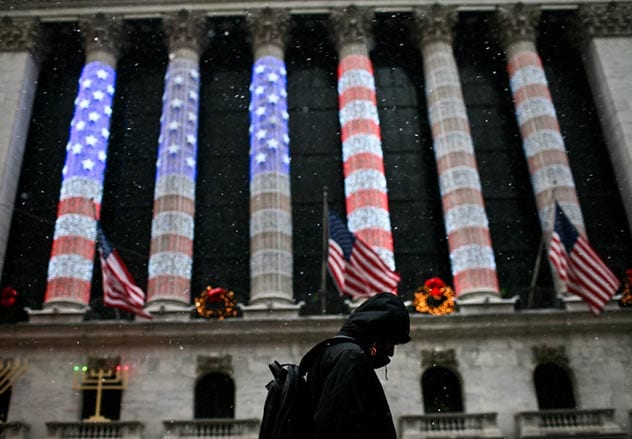 We’re in the midst of the longest economic expansion in American history, but the good times can’t last forever. Sooner or later, there’s going to have to be another recession. And if the Global Business Policy Council is right, the hardest days are going to hit us in 2023.

They’ve predicted that we’re going to start seeing economic growth slow and that it’s not going to pick up again until after 2023. As that happens, our growing debt is going to become a bigger and bigger risk for the global economy, and we’ll start seeing nations with emerging markets defaulting on their debts.

This recession, though, isn’t just going to be a global slow-down — it’s going to be a shake-up. East Asia is expected to get through this one relatively unscathed, which could mean that we’re going to see India, Vietnam, the Philippines, and even China — whom they predict will survive the trade war — boom forward as the West lags. 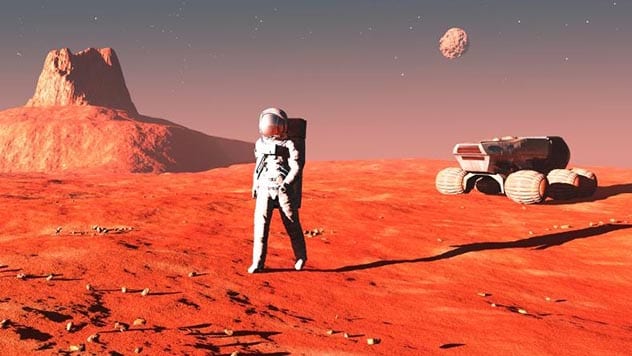 2024 is going to be the year we put a man on Mars. It’s the year that Elon Musk’s Space X program plans on sending its first rockets to Mars, and there’s every reason to believe that even if he doesn’t pull it off, someone will.

It’s just a matter of distance. In 2024, the orbits of Earth and Mars will be aligned in a way that allows for the easiest possible interplanetary voyage, so you can be sure that anyone with their sights on Mars is going to take that opportunity.

But expect the first ship on Mars to be owned by a private company. The boldest mission NASA has announced for 2024 is a manned mission to the moon — meaning that we can expect corporations to beat the government to third planet by a long shot.

5 2025: Scientists Gain The Ability To Fix The Human Brain 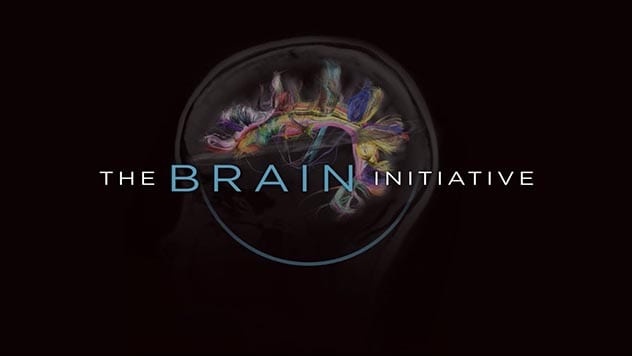 In 2013, the US government announced the BRAIN Initiative: a plan to map out and understand the activity inside of the human brain by the year 2025.

When the project enters its final year, the scientists involved will be beyond analysis and will be putting the final touches on applications that use what they’ve learned about the human mind to use.

It’s expected that the research will allow us to scan a human brain and identify mental health issues like PTSD and depression, and — if things go well — they may even allow neuroscientists to fix them. Instead of talking to a therapist or loading yourself up on drugs, scientists may have a strong enough understanding of the neuroscience behind mental health to rewire your brain and fix your depression.

That’s an optimistic prediction — but realistically, scientists expect to be able to measure levels of PTSD and addiction by scanning the human brain by the year 2025. And that research could open up a whole new era of technology as we reach new levels of understanding of the machinery of the human mind. 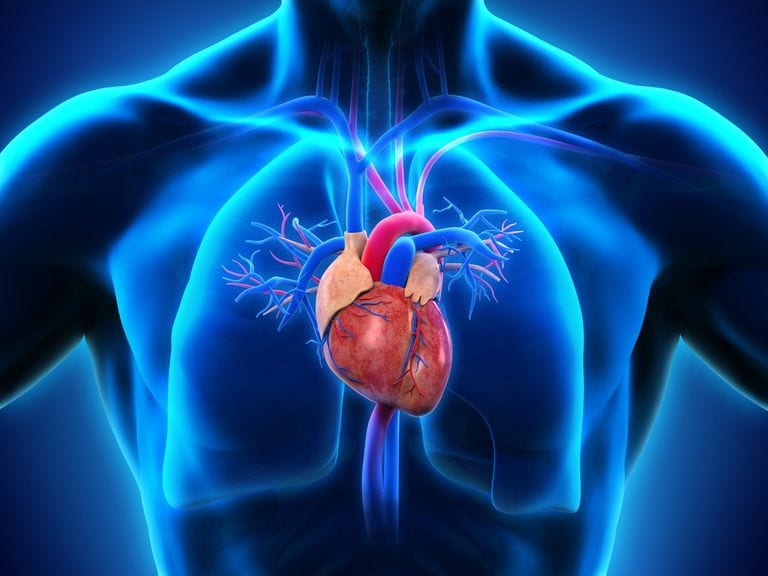 Cardiovascular disease is still the leading cause of death in the United States. More than any other disease, it keeps our lifespans in check. No matter how much misfortune we avoid, we can’t escape our aging hearts — or, at least, we won’t be able to until 2026.

That’s when the Harvard Stem Cell Institute expects to make finish clinical tries on their research into reversing the aging of the human heart. They’ve identified a protein that, when injected into aging mice, can reduce the thickening of the walls of their hearts.

They’re planning on moving into human testing soon and, by 2026, should have completed clinical trials. If they’re successful, we may be able to heal one of the biggest barriers to human immortality.

Futurist Ray Kurzweil has long predicted that, by 2029, advances in medical technology will be able to add a year to our life expectancy every year. If this research works, he just might be proven right.

3 2027: Developing Nations Overtake the US Economy 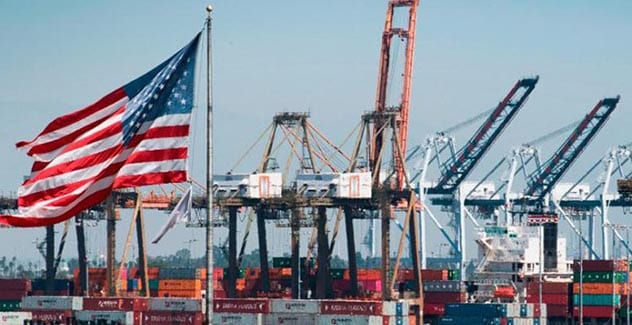 The world is going through an incredible change right now. There are developing nations that are growing at such an alarming rate that it seems like just a matter of time before we see a major shift in the global balance of power.

By 2026, they predict that China will overtake the United States as the world’s largest economy. But the change in power won’t stop with China. The other major emerging markets are coming with them.

By 2027, they believe, the BRICs countries — Brazil, Russia, India, and China — will have a higher combined GDP than the G7 nations – Canada, France, Germany, Italy, Japan, the United Kingdom, and the United States.

For the first time since the rise of Egypt, we’ll see the balance of global power start to shift away from the Western hemisphere — a change that could affect the destiny of the entire human race. 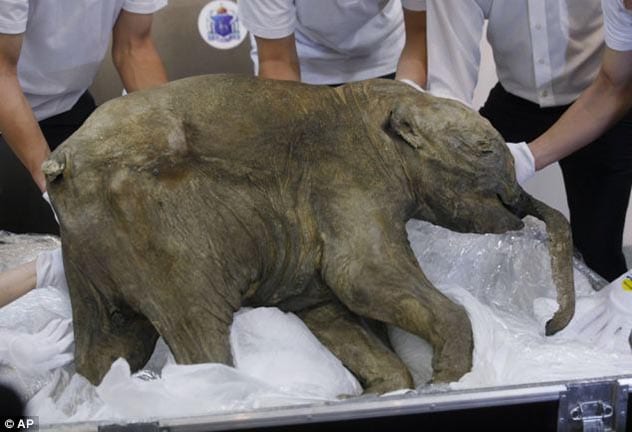 Jurassic Park isn’t going to be science fiction forever. By 2028, scientists believe that they’ll have the ability to revive extinct species.

We’ll probably have to wait a bit longer than 2028 before we can bring back velociraptors and tyrannosaurus rexes, but advances in cloning and genetic engineering should allow us to bring back recently extinct animals like the dodo.

Scientists are already working on several different approaches to de-extinction. Some are trying to use the genetic material of extinct animals to make an exact clone, while others are using selective breeding or genetic tweaks to try to replicate them from their nearest living relatives.

At first, we’ll probably just see a few dodos and Tasmanian tigers in zoos, but down the road, this technology could lead to some even more incredible accomplishments. This’ll open the door to the rebirth of prehistoric creatures — and possibly even neanderthals and early humans. 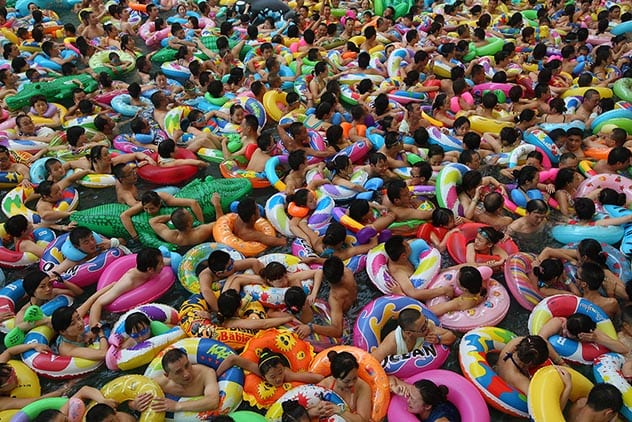 By the end of 2029, the human population is expected to reach 8.5 billion people — and when that happens, we’re going to have a whole new set of problems.

The end of the ‘20s, some scientists believe, is going to mark a new change in human priorities. By then, we’re going to need 50% more food and energy than we do today and 30% more fresh water. And when our most essential resources become scarce, it’s going to bring humanity to crisis point.

Running out of food and water is going to become a very real problem — and in 2029, humanity’s going to start to realize just how big of a problem it is.

“There’s not going to be a complete collapse,” predicts UK Scientific Adviser John Beddington, “but things will start getting really worrying if we don’t tackle these problems.”

If they aren’t dealt with, the next new decade could lead to a new era of global conflicts, as nations begin to go to war over farmland and water. Unless something changes our course, the years 2030 to 2039 will be the dawn of an era of war.

For more lists like this, check out 10 Predictions From ‘The Simpsons’ That Weren’t Predictions At All, and 10 Ridiculously Specific Predictions That Came True.