These days, there are numerous commercials of girls diving into pools or frolicking through wildflower fields, all because they can, thanks to their awesome tampons and other feminine products. But the first pads were not invented until 1888, and even then, it wasn’t an everyday item. Women oftentimes could not afford the product, and it wasn’t until much later that they became more affordable and common. Tampons didn’t come till 1929. So what did women do before then? 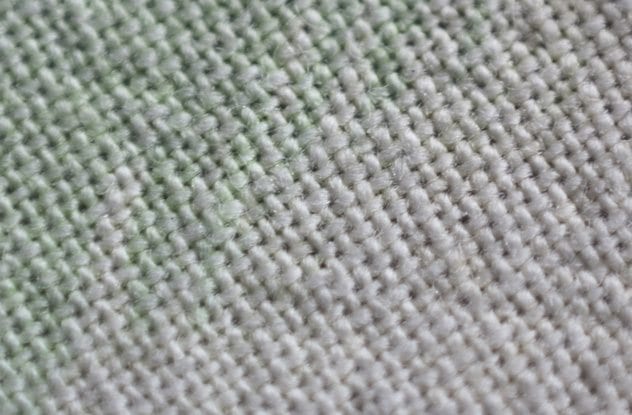 Rags are an obvious stand-in for a pad. Fabric is absorbent and can be relatively long-lasting, as well as abundant. Since at least the 10th century, women used rags or some kind of cloth as a way to absorb the flow. These were also reusable; once the rags had done their job, women would just wash them.

This practice lasted up until the nineteenth century, at least, since that is when the pad was invented. Of course, since not all women could afford pads at the time of their invention, it’s likely, if not certain, that women continued to use rags up into the 20th century. 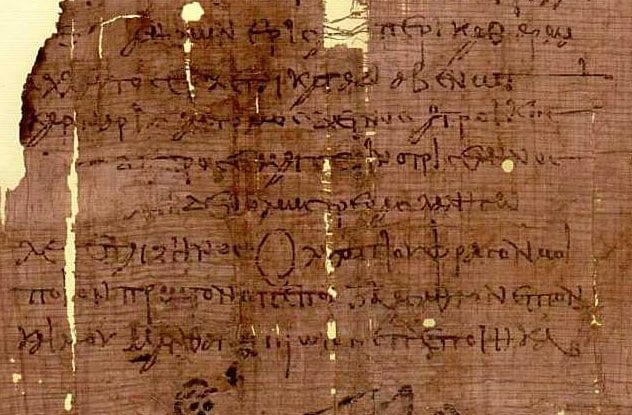 The Ancient Egyptians supposedly used softened papyrus as a tampon. Papyrus is a plant that grows naturally in Egypt and was used for numerous purposes in antiquity, primarily as paper for writing. To make papyrus pliable, women would simply soak it in water. The water softened it and would bring out a natural stickiness to hold multiple pieces together.

The characteristic of pliability and softness, as well its abundance, certainly makes it a decent tampon. Unfortunately, we cannot know for sure this was done. Since ancient texts were often written on papyrus itself, which is a very vulnerable material, any documentation of such a thing, if there ever was any, is lost. 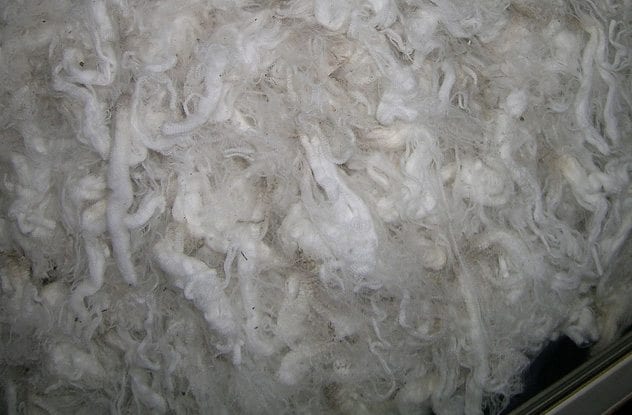 In Ancient Greece, wool was supposedly used as a tampon. Typically, ancient uses are left to just evidence and reasoning, but in this case, there is better record. The wool tampon was a treatment written by (or on behalf of) Hippocrates. Wool tampons are also logical, as that’s a resource the Greeks had.

Hippocrates was a physician from Ancient Greece during the fifth and fourth centuries, and he is considered the father of medicine. He has many written works that describe his plethora of diagnoses and “discoveries.” Some are groundbreaking, but others are not entirely so, as our modern medicine has shown. For example, he said that fat women could not conceive because their fat crushed down on the uterus, and that the only way to conceive, therefore, was to lose the weight. Of course, without proper technology and understanding, it is reasonable that someone of his time would deduce something that, in today’s world, is outrageous. 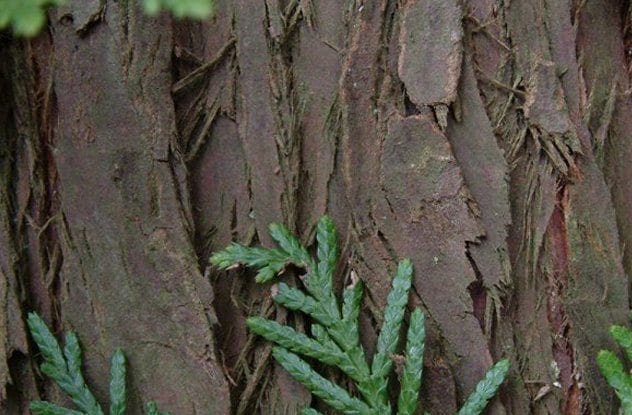 Cedar bark, as painful as that might sound, was used by Native American women as a menstrual pad and even as diapers. Typically, when we think of bark, we think of the rough hard side of a tree. When it comes to cedar, it is true that it is hard on the side of the tree; however, it does have a few special properties that could make it a decent, though still not very comfortable, pad. First of all, cedar bark is very lightweight and thin. Secondly, and most importantly, it is absorbent.

The moisture retention qualities as well as its lightness make cedar a good candidate for a pad or diaper, especially with relatively limited resources. 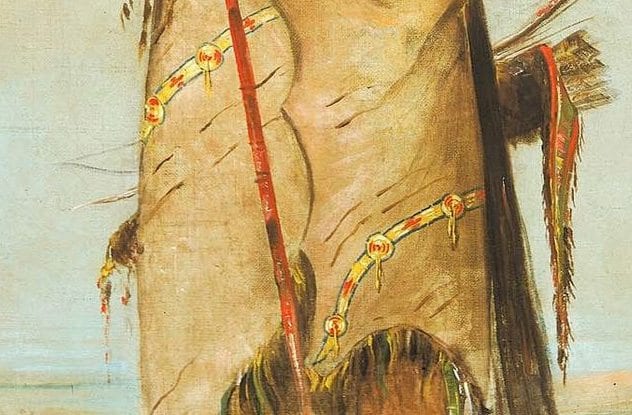 Buffalo hide was used by the Arikara women as a sanitary pad.

The Arikira tribe, related linguistically to the more well-known Pawnee tribe, is located in the northern United States in North Dakota, Montana, and parts of Wyoming. Buffalo had a multitude of uses in Native American life. Of course, the meat was used for food, but the other parts of the beast were far from wasted. The bones were made into knives and tools, even boiled for glue. The hooves and horns were used for cups or other vessels. The sinews were made into bowstrings and other threads, to sew clothes with. Clothes were made from the buffalo skin. Other items made from buffalo skin were tipis and bags, among other useful items, including sanitary pads.

Tanning buffalo hides involves soaking and scraping. The skin, just off the buffalo, is soaked in water, stretched, and then scraped to remove the hair. This process of soaking, stretching, and scraping continues until it is finished. Then it is time to dry it. To dry it, and to make the hide, the Native Americans would smoke it. That is, they would have it held over a fire and let the heat dry it and allow properties from the smoke enhance the hide.

By the end of this process, the skin becomes relatively soft and pliable. This would make it a decent menstrual pad, especially compared to cedar bark. 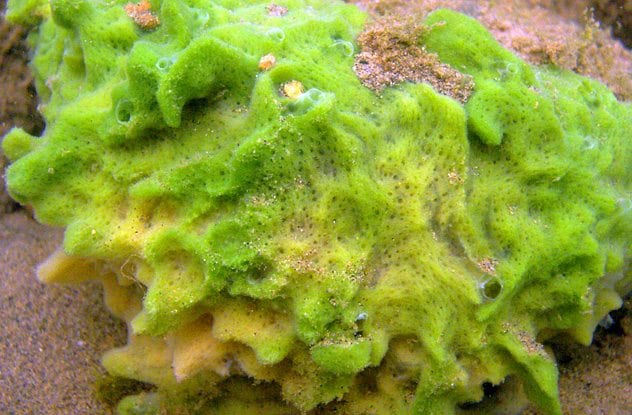 In ancient times, women in coastal areas, like Greece, used natural sea sponges as tampons. Sponges, as we all know, are very absorbent. Whether using a sponge straight from the sea is safe is worth questioning, though.

Since this was thousands of years ago, there is little information of this topic available, so it is difficult, if not impossible, to know what harm using the sponges might have caused and whether the sponges were even treated in any way before they were used. Today, however, this has been looked at, and it has been decided that sponges might not be so safe. With an increased fear of toxic shock syndrome, the use of sponges in modern times grew, so the Federal Drug Administration stepped in and, after analyzing scientific studies, declared that they’re “significant risk devices” due to bacteria, yeast, and other harms. Despite this, these sponges are still sold and used by numerous companies, and technology has advanced since the FDA made that statement in 1995. With more advanced technology comes more thorough cleaning and disinfecting processes, so the risks might be less.

The ancient Mediterranean women, however, did not have the FDA, nor did they have much to clean the sponges, except perhaps boiling them in water. If these sponges are risky in today’s world, they were most likely much more so thousands of years ago. 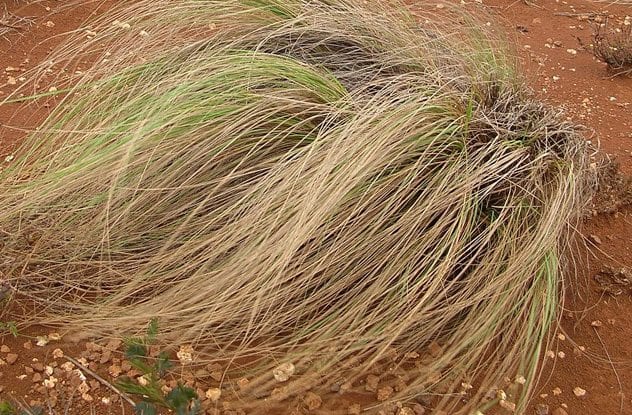 Grass was used in some form—a pad or a tampon—by women in Africa as well as Australia. The first form, a pad, was simply a bandage of sorts made of grass and vegetable fiber. Vegetable fibers are materials like flax or cotton that go into making fabrics. The tampons were made by constructing rolls of grass and roots.

The use of grass in either form could not have been very pleasant. Some species of grass, like carpet grass, can be soft enough that it might be suitable to use. Other grasses, perhaps more often than not, are itchy, rough, dry, or painful. Africa has many of these grasses, like nine awned grass. Of course, some other grasses are not as pointy and painful, given how many animals graze and would have to eat the grass. Nevertheless, grass in any form was probably not ideal for menstrual care.

It is fair to note, however, that menstrual care in Africa is still lacking. In many places, women still have to use rags and rewash them daily. Sometimes they don’t dry completely by the time they need to be used, so bacterial infections and other diseases can occur. Still others have to resort to leaves or paper. 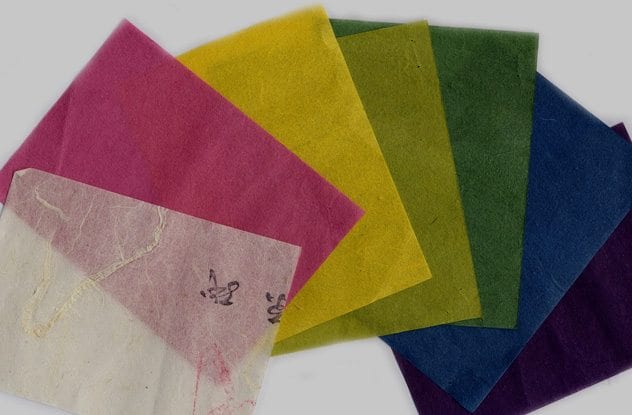 In Ancient Japan, women would supposedly use rolls of paper as a tampon and bandaged it in place. This paper was held in place by a bandage called kama (totally unrelated to the Hindu text Kama Sutra). Understandably, this device had to be changed an average of about 10 times a day.

Paper in Japan at this time, though, was surprisingly durable and absorbent as far as paper goes. Good-quality paper, called washi, was made in Japan at an unmatched pace by AD 800. This paper was made of plant fibers, and during production, they were left long, instead of crushed up like Western paper. Between the production method and the sheer nature of the plants, this paper was relatively strong, absorbent, and lightweight.

These qualities are superior to today’s paper, so if these women were changing eight to twelve times a day, imagine how often women would have to change with today’s inferior paper. 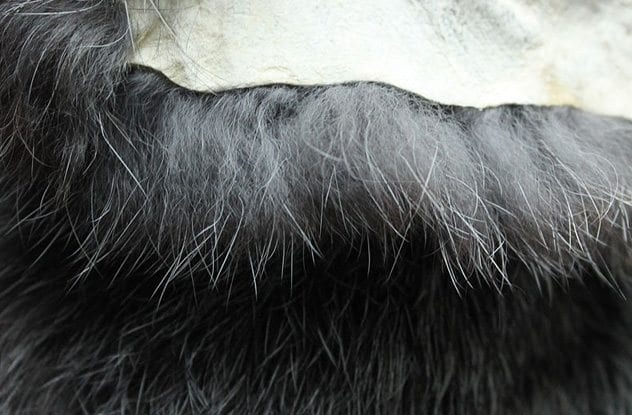 Supposedly, women used rabbit fur back in the day as a menstrual pad. There are multiple contexts that state this, but there are very limited, and few sources verify this claim. As frequently as it is written in passing, there might be some weight to it, but take it with a grain of salt.

Just because there is a lack of sourcing does not necessarily mean it is not possible. Cultures like the Native Americans, African cultures, and others certainly used the fur of rabbits and many other animals for a variety of purposes, like clothing and blankets.

Given how soft and pliable the fur is, it would not be surprising if women chose to use this to catch their monthly flow, but we do not know for sure. 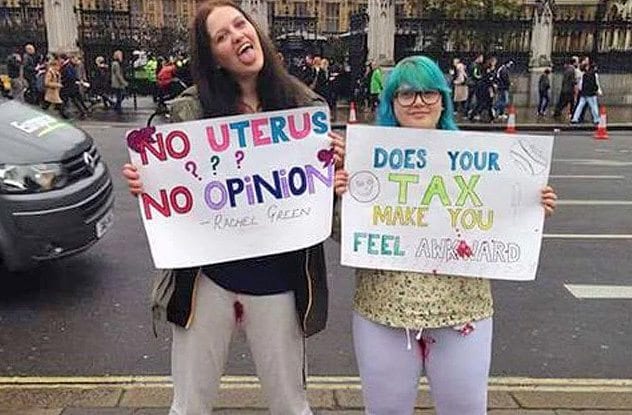 In 19th-century Europe, women just let nature run its course naturally. This was due mostly to the fact that one, nothing was invented yet, so they had nothing to go buy. Two, they couldn’t afford to buy anything if they could. Three, they could have used a homemade pad, but sparing rags or tearing up sheets might have been too costly to spare. In this case, it is mostly poor women who opted out of any kind of pad.

This practice can’t be just centered on 19th-century women. Common sense leaves room for these circumstances to apply to women throughout the ages. Even today, any woman can get in a bind and have no choice but to free bleed. In fact, some women even do it intentionally.