Our society is obsessed with sex – it’s too taboo to openly talk about, yet everyone has questions and curiosities. This manner of thinking leads to people coming to their own conclusions, and believing what they’re told without even the ability to ask someone who has the proper knowledge. There exist so many myths and misconceptions about every facet of human sexuality, it would be impossible to compile them all in one place. So let’s start with ten commonly believed links to the size of a man’s genitalia.

This is probably one of the most common methods people try to use to judge the measure of a man. Foot fetishism may play a role in the persistence of this belief, or it may just be the fact that shoe size is one of the most obvious personal measurements everyone knows offhand. Women (and men) come up with convoluted equations in an attempt to find a link between the size of a guy’s feet and the length of his penis. You can divide by 3, in half, or take away as many inches as you like, but in the end you’re no closer to solving the mystery. It’s only a myth, so don’t hang around Foot Locker looking for a pick-up.

This one has actually been perpetuated by a renowned sexologist, but I’m really inclined to chalk it up to being another rumor. The way to do it is to make an L shape with your index finger and thumb, then measure the distance between the two tips. The figure you get is supposed to be the same as you’d get by measuring your penis. As an estimate, it’s probably around the same length; but what you’re looking at is roughly the size of the average male’s organ. You’re only playing the odds with this one, and there’s nothing definitive about it at all. 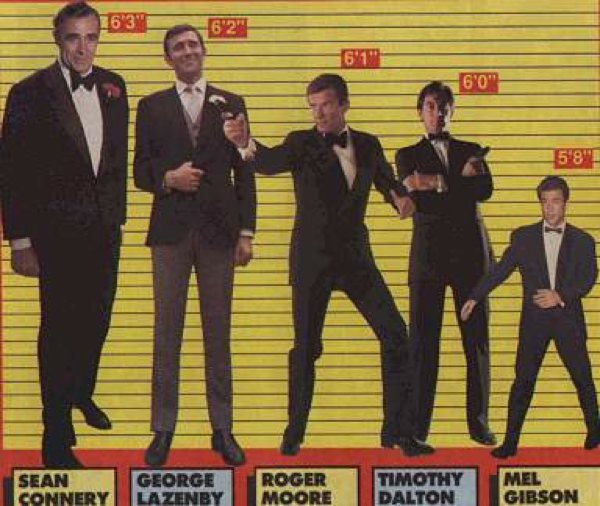 Like shoe size, height apparently has little to do with penile length. Scientifically, it probably has the most value so far – but studies that have found a correlation between height and penis size have been too small to be considered solid, and generally rely on the subjects to provide their own measurements. So, while it might seem like a good starting point if you’re all that curious about someone in particular, you’re probably only setting yourself up for disappointment. If you were to use this supposed correlation to look for the most endowed man possible, you’d end up with a lot of gangly men with average-sized members before striking gold. It might be a better idea to follow your heart. 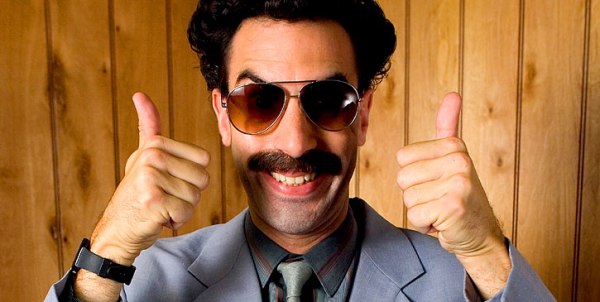 I’ve seen a rumor going around recently that a man’s penis is three times the length of his thumb. Why three times? I don’t know, but it seems like there are people out there who are determined to believe this. Unless the guy is Goro, you’re not even going to get a good visual representation of what the length of three of his thumbs is. You can ask him to stack his two thumbs on top of one another while you try to imagine a third one, but that kind of gives away the fact that you’re sizing him up. But of course, like the rest, it’s a myth and only another attempt at faking x-ray vision. But thank God for that, or I’d cringe every time a guy gave me a thumbs-up for a job well done. 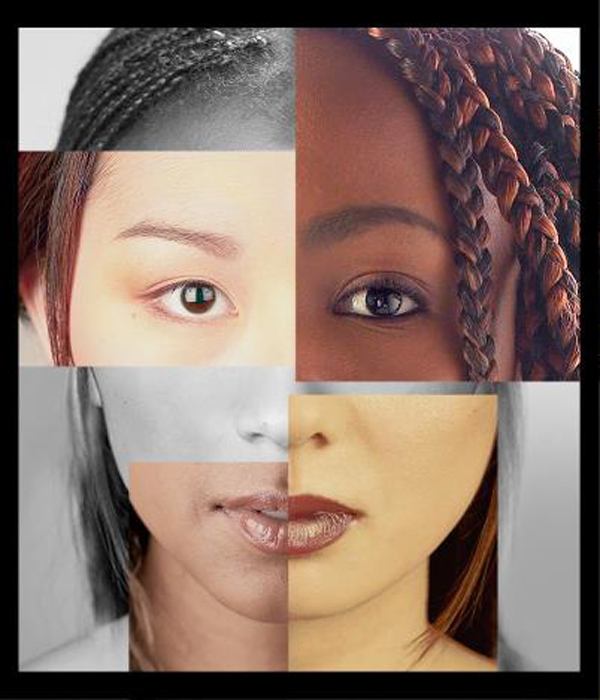 5
Wrist to Tip of Middle Finger 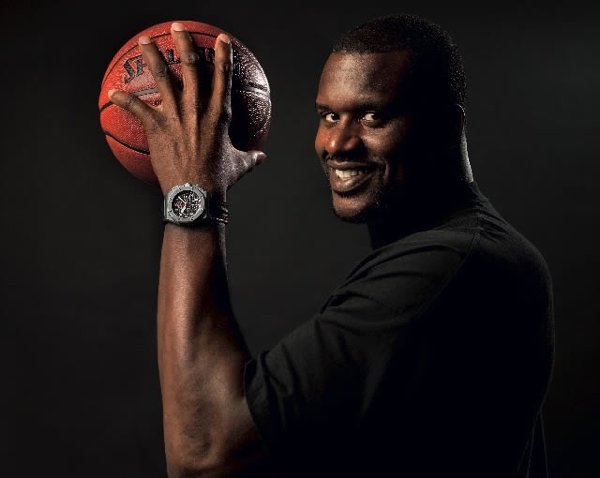 Yep, another terrible indicator of penis size. Still, it’s something people like to use in order to surreptitiously determine a man’s length. The myth here is that a man’s penile length is equal to the distance from the end of his wrist to the tip of his middle finger. If this were in any way true, you’d see porn stars with hands that could palm a basketball. And, for that matter, guys who can palm a basketball but are unable to wear shorts with their team uniforms. I’m looking at you Shaq – with a hand length of about 11 inches (27.94cm) long, he’d nearly have to wear his genitals like a belt in order to play unimpeded. 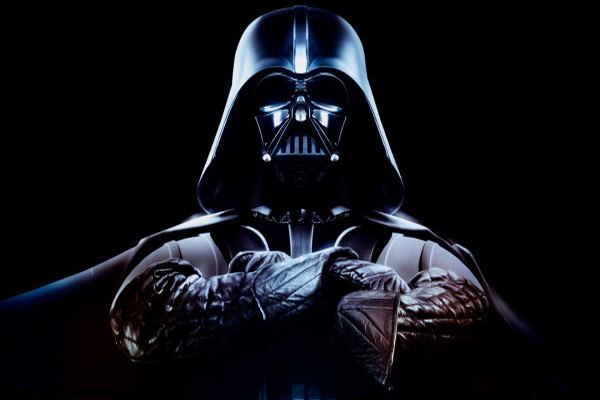 Sure, a deep voice is attractive and alluring—but it’s still no indicator of penis size. Yet people are bound to think that a man with a deep voice is going to be packing a sea serpent. I mean, look at people like Morgan Freeman, James Earl Jones, or Barry White and tell me that you don’t automatically think they’d put a high-pitched weakling to shame. Hold on – this is coming back to that ‘race’ thing, isn’t it? Either way, it’s just an illusion – which I’m sure none of the above men would be all that eager to dispel. 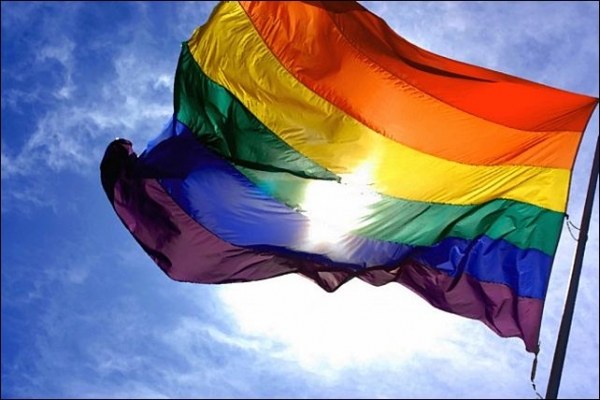 Reports abound that gay men are more endowed than heterosexuals. But why is this? One researcher in particular believes that it has to do with prenatal hormones that affect the size and structure of genitalia and certain structures of the brain, which in turn wind up influencing sexual orientation. Or it could be the fact that the main study from which this information is taken (the Kinsey Reports) is gathered through surveys and interviews, leaving it up to the individual men to measure themselves and report their findings. These studies are so notoriously unreliable, the average overall penis length dropped from 6.5 inches (16.51cm) to 5.8 inches (14.73cm) when researchers began to do the measuring for the subjects.

It seems like a no-brainer; if the guy’s penis is small when flaccid, it’s probably going to stay small. And vice versa, of course. But actually, the size difference of a penis from soft to hard varies greatly. Some men who are diminutive when they’re not aroused become quite the opposite in a sexual scenario. In fact, those with large flaccid penises tend to grow only a little, while those with small flaccid penises usually grow substantially. That alone generally makes up the difference between the two. This also makes the ‘urinal check-out’ a completely unreliable waste of time for the guy sneaking a peek—not to mention that it’s also pretty creepy.

This gets the number one spot because it was published in a fairly recent study, and people have latched onto it like crazy. But all good myths start somewhere, so I’m interested in seeing if this one turns out like the rest, or if it still holds some truth when conducted on a large scale.

This study had Korean researchers take measurements of 144 anesthetized men’s flaccid (but stretched out) penises before taking measurements of their right index and ring fingers. The results suggested that men with longer index fingers had shorter stretched penises. The reason for this, they believe, is that digit ratios are a good indicator of prenatal androgen and testosterone exposure.

This particular study was carried out on only Korean men (individual ethnic groups’ digit ratios vary too greatly to be accurately tested alongside another one) who were about to undergo urological surgery. I have no honest idea if this was consensual, which opens up mildly alarming possibilities for what is allowed to happen to you after you’re unconscious on a South Korean hospital bed.

In closing: maybe a few of these hold truth for some, but for others they’re just going to be wildly inaccurate guesses. Sure, it’s fun to mess around and pretend to have an insight into a total stranger’s most intimate details – but you should know that there’s only one way to really determine the size of a penis…