Gruesome accounts of murder have long fascinated the public. Countless folktales, legends, and myths have been formulated around man’s fear of death. Today, murders are most often depicted on popular television shows, where the stories can be displayed to audiences across the nation.

True crime programs also offer horrifying, fact-based tales that stun us all. Due to mass media coverage, many of these criminals become serial killers specifically for the fame associated with it.

For those who enjoy hearing such bloodcurdling murder stories, here are 10 tales of serial killers from early history. 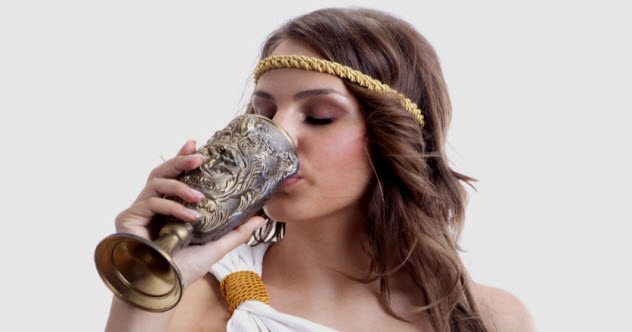 In 331 BC, many men were dying in ancient Rome. Due to the high number of these deaths, an epidemic or plague was suspected. However, investigation discovered that the deaths were actually caused by poison.

Back then, many people deliberately used poison as a form of suicide. But in this instance, the men had accidentally committed suicide by drinking what they thought to be medicine.

These murders were linked to over 100 matrons who had given this “medicine” to the men. Two of these women were brought forth to a council to be tried for their crimes. But they insisted that the concoctions were medicine, not poison. To prove it, the women drank the “medicine” and, ironically, also died themselves.[1]

As there had not yet been any trials for poisoning in Rome, the women’s actions were regarded as a prodigy and suggested madness instead of harmful intent. 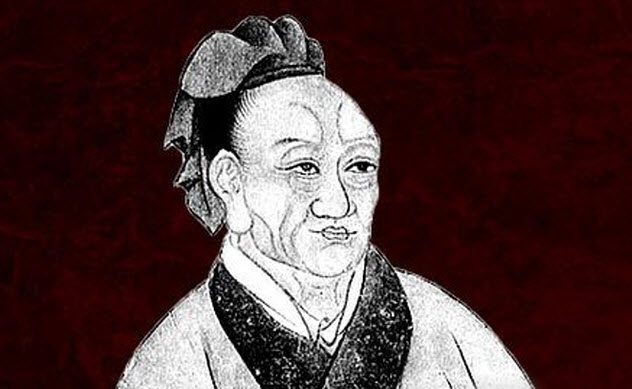 Liu Pengli was a son of King Xiao of Liang in China. It was widely known throughout the kingdom that Liu Pengli was a cruel and arrogant man. At night, he and 20–30 other young men such as slaves or criminals would murder people and steal their belongings for enjoyment. It was estimated that he killed over 100 subjects. His evil ways made people afraid to leave their houses at night.

Finally, a son of one of Liu Pengli’s victims reported his actions to the throne and Han officials suggested that he be executed for his heinous actions. His father could not execute his own son, so the father chose to banish Liu Pengli as a commoner to Shangyong.[2] 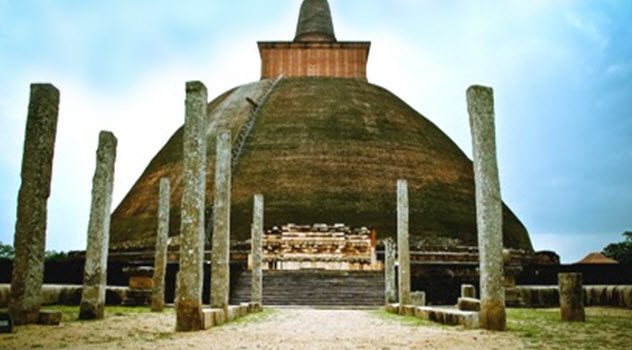 The princess Anula of Anuradhapura killed her husband, Coranaga, because she fell in love with a palace guard. She also killed the king’s son Tissa. Anula and Siva (the palace guard) kept the throne for a year and two months. Then Anula became infatuated with the city carpenter, the Damila Vatuka.

However, Anula met the Damila Niliya, the palace priest, and fell in love with him. She poisoned the wood carrier and married the Damila Niliya. They were married for six months before Anula poisoned him and ruled over the city herself for four months.

Kutakanna Tissa, one of the previous king’s sons, had fled the city because he was afraid of Anula. But he returned with an army to overthrow the throne.[3] He burned Anula alive and reigned for 22 years, building his own palace. 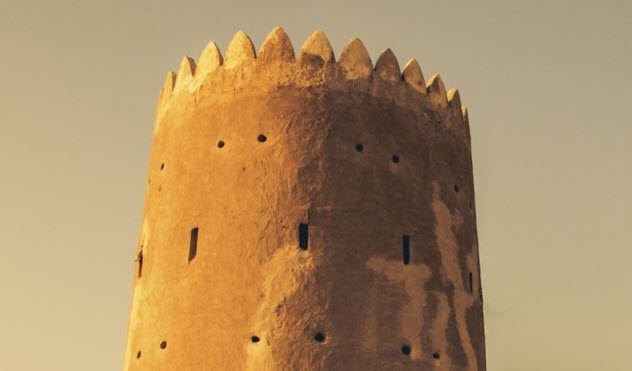 In early history, the cases of homicide and homosexuality were performed by the nobles or other types of high-ranking members in society. Their power would make them better able to commit and get away with even the most horrific crimes. Zu Shenatir was no exception to this.[4]

He was one of the earliest murderers who also engaged his victims in homosexual actions. He was a tyrant of El-Yemen in the fifth century and was widely recognized as cruel. Zu Shenatir was known to lure young men into his palace, where he would rape and sodomize them. Then he would throw the boys out of windows.

Zu Shenatir met his fate with his final victim. The young man, Zerash, stabbed and killed him. 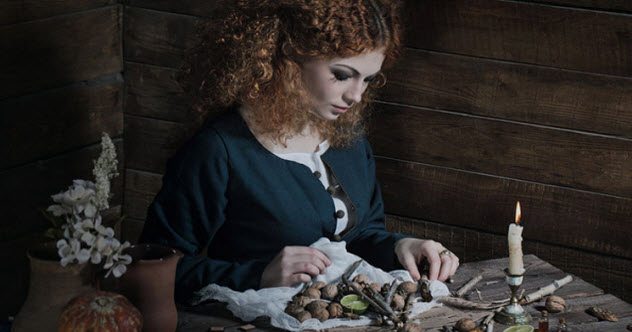 Alice Kyteler (aka “Sorceress of Kilkenny”) was an early 14th-century witch in Ireland. She was the head of a sorcery ring and was the first prosecuted in a modern witch trial in the British Isles.

She supposedly murdered her first three husbands by poisoning them and was slowly killing her last husband, Sir John le Poer. Her children stated that her husband’s nails had fallen off and that his hair had fallen out. She was also accused of having a personal demon named Son of Art.

Dame Alice escaped prosecution twice. The first time, she was found living in Dublin. She was assumed to have fled to England the second time but was never found. One of Alice’s followers, Petronilla, was persecuted in her place.[5]

Although several of her accomplices were also listed, punishment was only clearly recorded for Petronilla and William Outlawe (Alice’s favorite son). William was punished by being required to complete a long list of good deeds, which he did not fulfill. Petronilla was flogged and burned alive. She was the first person to be burned alive for heresy in Ireland. 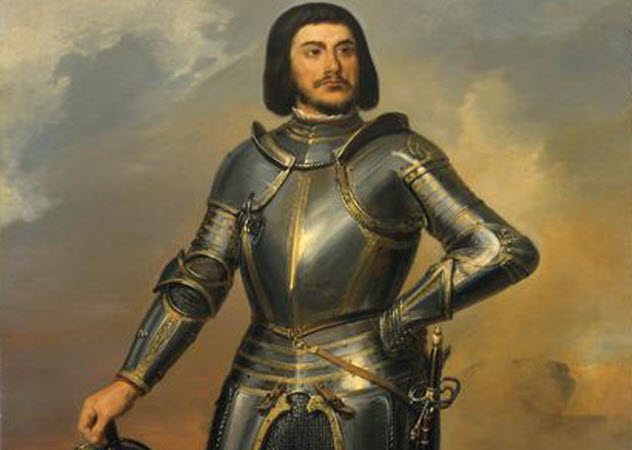 Gilles de Rais was a French nobleman who established himself as a skilled soldier and became a wealthy man through inheritances and his own success. He also married a wealthy heiress, Catherine de Thouars.

He loyally fought alongside Joan of Arc in many battles until she was captured. Afterward, he became interested in alchemy and Satanism in hopes of attaining power, knowledge, and riches.

Due to his interest in Satanism, Rais was accused of abducting more than 140 children before torturing and murdering them. He was consequently arrested in 1440, convicted of heresy, and sentenced to death. Before his hanging, he confessed to his actions and was said to have repented, which was viewed as an example of “Christian penitence.”[6] 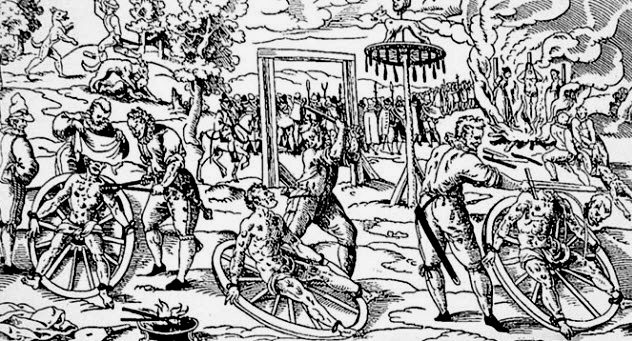 Peter Stubbe was a wealthy farmer who lived in Bedburg, Germany, in the 16th century. His wealth and position allowed him to be highly influential in the town and to gain the trust of his fellow citizens. Ultimately, this protected his devilish actions.

Several gruesome murders of citizens and cattle had occurred in Bedburg. Many people believed that the murders had been performed by hungry wolves. But when several hunters chased down what they believed to be the murderous wolf, they discovered Stubbe instead. They believed it was a trick by the Devil, so they returned Stubbe to his home. He was later arrested.

While being tortured, Stubbe claimed he had a magic belt that the Devil had given him, which would allow Stubbe to transform into the shape of a wolf. Although he was not actually a werewolf and his “magic belt” was never discovered, Stubbe disguised himself as a wolf by wearing a cloak made of wolf fur when hunting his victims. This made sense to the townspeople, who believed that the murders were caused by the wolves.

Ultimately, Stubbe murdered and cannibalized 16 people, 13 of whom were children. He was tortured for his confession by being placed on the rack and was subsequently convicted of the murders.[7]

Sentenced to death, Stubbe was broken at the wheel, where his persecutors beheaded him. On October 31, 1589, the bodies of Peter Stubbe, his mistress, and his daughter (who were assumed to have assisted in his crimes) were burned at the stake. 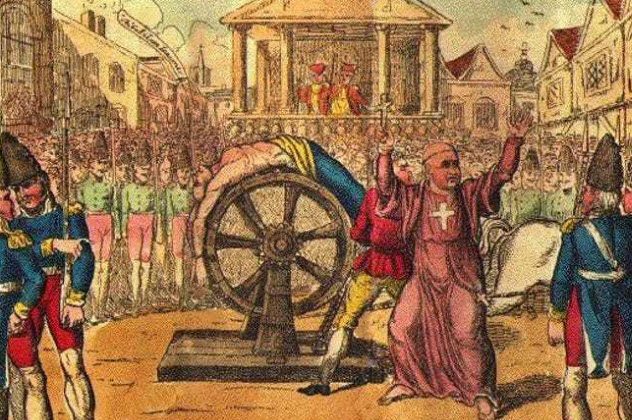 In late 16th-century Germany, Peter Niers controlled a gang of criminals and ultimately committed 544 counts of murder. He was arrested and tortured in 1577 but only confessed to 75 murders at the time.

He also confessed to having learned the art of invisibility, which was supposedly the reason he had evaded capture for so long. He escaped in 1577 but was recaptured in 1581. According to Niers, he was only able to be recaptured because he was separated from the magical materials that he needed to make himself invisible.

Believing that the Devil would grant him supernatural powers, Niers had performed many—but not all—of his murders for black magic purposes. This time, he confessed to 544 murders. Twenty-four of his victims were pregnant women.

When Niers was captured for the last time in 1581, he was tortured for three days as part of his execution. The medieval torture methods, such as the breaking wheel, failed to kill him, so he was quartered to death by the persecutor.[8] 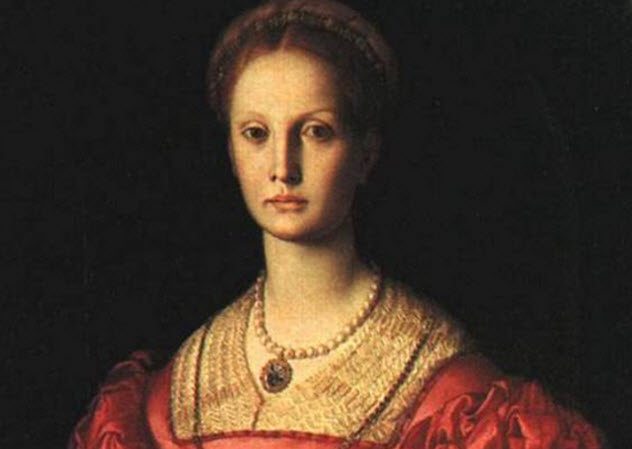 In 1560, Elizabeth Bathory was born in Transylvania to an illustrious family. Some of her family members were kings, knights, and other high-ranking officials in society. Due to her untouchable status, she was permitted to operate a torture ring and victimize young servant girls and female peasants. Her family had several other disturbed individuals, including an uncle who taught her Satanism and an aunt who taught her sadomasochism.

In 1575, Bathory married Count Nadady and, together, they resided in Csejthe Castle. It was reported that Count Nadady had built Bathory a torture chamber to her liking. It was in this chamber that Bathory tortured her servant girls until her husband died in the early 1600s.

After his death, Bathory began abducting and torturing female peasants with the help of her nurse and a local witch. She believed that human blood kept her looking young.[9] As her family ruled the local government, her actions were ignored.

However, when Bathory began targeting local noblemen’s daughters, King Matthias was forced to arrest her. She and several accomplices were convicted in January 1611, and all but she were executed.

She spent the last years of her life in a prison cell that only had small slits for air and food. Bathory died in 1614. Her vicious actions made her known as one of the first vampires. 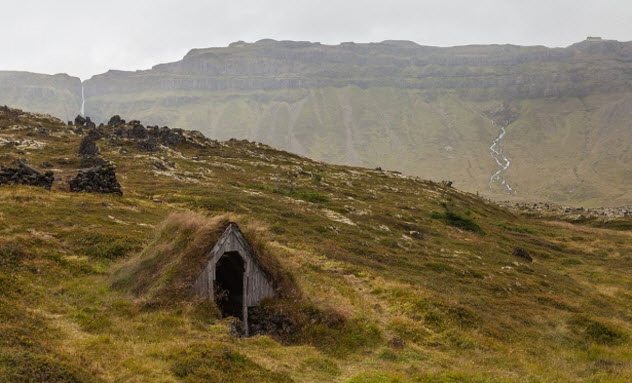 Also known as Axlar-Bjorn, Bjorn Petursson was a farmer in Iceland. He lived on a farm, Oxl, near the Axlarhyrna mountain. While Bjorn’s mother was pregnant with him, she had a craving for blood and often worried about her child’s well-being. Her husband would allow her to drink his blood.

Later, when Bjorn was a young boy, he had a dream that a mysterious man had given him 18 pieces of human flesh, which tasted better with each piece. The man also told Bjorn to climb Axlarhyrna and take whatever he found under a specific rock. The next day, Bjorn found an axe under a rock on the mountain. When he picked it up, he got an uncontrollable urge to kill.

After this, townspeople began to mysteriously disappear. Many accused Bjorn and his pregnant wife of being involved in the disappearances and, eventually, proof of their guilt was discovered. They confessed to 18 counts of murder and were consequently sentenced to death.

Many of their victims were travelers passing by. Several accounts also state that the number of murders Bjorn committed was far greater than what he confessed. Bjorn was tortured and beheaded as his execution in 1596. His wife was permitted to have her baby before her execution. The baby became the notorious rapist Sveinn “skotti” Bjornsson.

As of yet, Bjorn is Iceland’s only serial killer.[10]

Hunter is a new college student who enjoys writing and hopes you enjoy reading. Feel free to read his other articles.

Read more about the fascinating murders from long ago on Top 10 International Murder Mysteries From A Century Ago and Top 10 Horrific Murders From High Society.