The United States of America contains many classified bunkers, particularly about continuity of government (COG). In the event of a terrorist attack, nuclear strike, or another catastrophic occurrence, US government leaders congregate in top-secret facilities, all of which are strong enough to withstand severe blasts and provide survival necessities for extended periods of time. These exclusive fortified shelters are some of America’s best-kept secrets and strongest lines of protection. 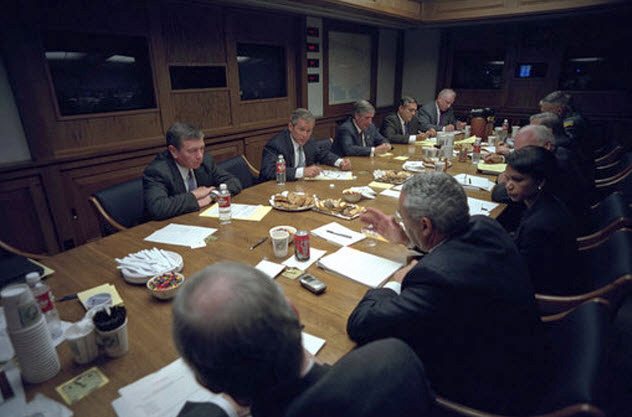 The Presidential Emergency Operations Center (PEOC) is the bunker most often portrayed in popular culture. The infamous photograph of former President George W. Bush meeting with the National Security Council following the terrorist attacks of September 11, 2001, offers a glimpse into one of the most secure facilities in the nation.

During this catastrophe, former Vice President Dick Cheney, his wife, and many other high-ranking government officials (mainly cabinet members) were promptly escorted to the isolation and security of the PEOC. It allegedly lies beneath the East Wing of the White House, the center of the executive branch and home of the president.

Originally constructed during World War II by President Franklin D. Roosevelt, the PEOC is built to resist nuclear weapons and designed to house the president and other important US leaders in an extreme crisis.[1] Although exact details about the PEOC are highly classified, it has been speculated that it serves as a communication hub to all other vital COG organizations. The PEOC has been depicted in blockbuster hits such as Olympus Has Fallen and White House Down as well as Emmy-winning television series like House of Cards. 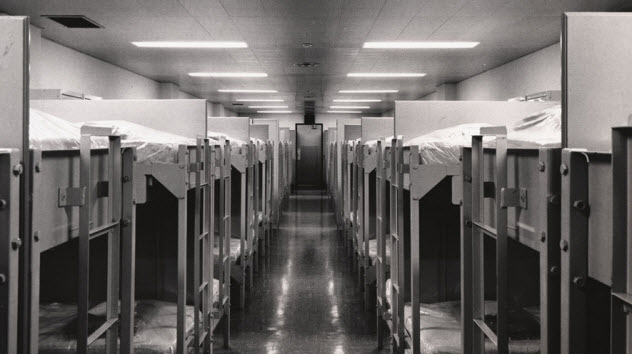 Project Greek Island (aka Greenbrier) was a covert agreement between the US government and the Greenbrier Resort (hence the nickname) in West Virginia in the 1950s. The palatial hotel was to serve as the government continuity destination for the legislative branch.

The Greenbrier’s sheer size could accommodate the two auditoriums within the bunker, which held 470 people and 130 people, respectively. Despite the magnitude of the bunker, it took 30 years to be discovered. It has been reported that many aspects of the compound were visible in the hotel to the general public, including the giant blast doors.[2]

The fact that most on-site bathrooms were male (given a male-dominated Congress) also ignited intrigue. Supposedly, the owners were asked questions about the complex even though it was not uncovered until several years later.

Project Greek Island was eventually exposed by a major national newspaper article and decommissioned as a result. Afterward, some of the employees went on to provide tours of the bunker. They remain employees of the hotel today. There are no current reports as to where Congress would meet in a modern-day event of catastrophic proportions. 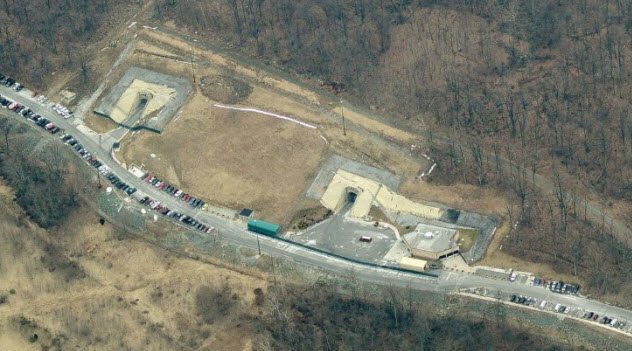 Nestled at Raven Rock Mountain near Blue Ridge Summit, Pennsylvania, the Raven Rock Mountain Complex is a military installation dubbed an “underground Pentagon.” The mountain features an extensive telecommunications center for the US Air Force, US Army, and US Navy in the event of a nuclear attack.

The complex was originally formed to be a Cold War emergency shelter and continues to act as a relocation point for military National Command Authorities. However, its main occupant is the Defense Threat Reduction Agency, which uses multiple communications and computer systems.[3]

It has been hypothesized that District 13 in The Hunger Games trilogy was modeled after the Raven Rock Mountain Complex due to its strong similarities in design and overall functions. 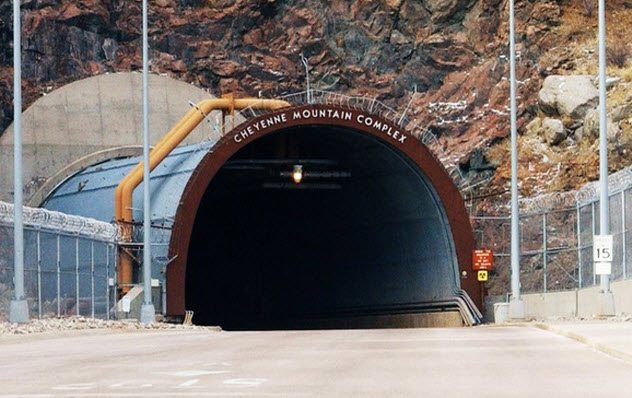 The complex was constructed under 760 meters (2,500 ft) of solid granite and contains numerous buildings secured by 25-ton blast doors. The facility was engineered with an abundance of springs that prevent any of the given buildings from shifting more than 2.5 centimeters (1 in) during all potential types of disaster.[4]

Initially created to strengthen Cold War defensive strategy, the bunker is equipped to withstand the most dangerous bombings, missile strikes, and nuclear attacks. It features advanced oxygen systems (to prevent the infiltration of radiation) in addition to its own power plant and water supply. The Cheyenne Mountain Complex ensures a 99.999 percent degree of reliability for these utilities. 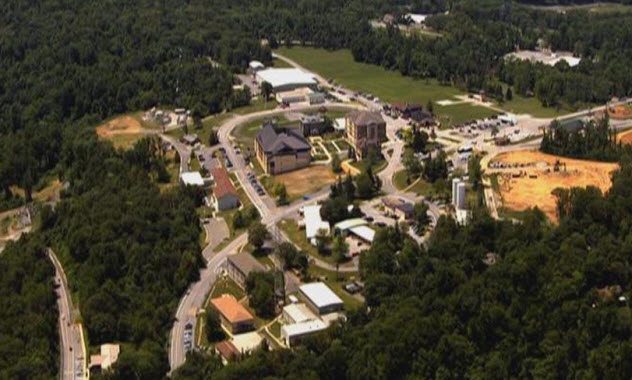 Close to the Capitol, the Mount Weather Emergency Operations Center, which spans a staggering 564 acres in Virginia, serves as another mountain COG center. It is run by the Department of Homeland Security and the Federal Emergency Management Agency (FEMA).

The site remained secret until TWA Flight 514 crashed nearby in December 1974, and it was revealed that Mount Weather had served as a bunker for the president of the United States. The Washington Post later reported that the facility was used by the helicopter-evacuated Congressional leadership following the September 11, 2001, terrorist attacks in New York City.

There is limited information regarding the bunker as it is still in operation today.[5] 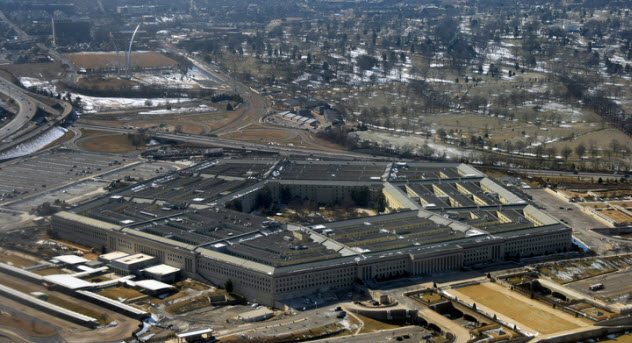 Potentially the most mysterious bunker, the Deep Underground Command Center (DUCC) was a military installation proposed in the early 1960s. Situated 900–1,200 meters (3,000–4,000 ft) below the Earth’s surface near the Pentagon, the facility was designed to resist blasts of 200- to 300-megaton weapons without losing its structural integrity.

The DUCC was reportedly recommended to President John F. Kennedy immediately before his assassination. The proposal described a 50-person bunker with an expansion capability for 300 people. The result of the proposal remains unknown, although it has been surmised that it was halted following the president’s death.[6] 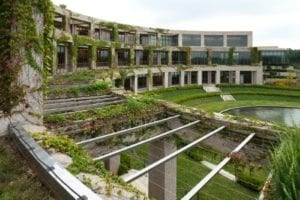 There is an underground facility at Mount Pony in Culpeper, Virginia. The space was built in 1969 at the height of the Cold War for a very different purpose: this is where the Federal Reserve stockpiled billions of dollars in cash for use after a war with the Soviet Union. According to the Brookings Institute, this included a “large number of $2 bills shrink-wrapped and stacked on pallets 9 feet (2.7 meters) high. Following a nuclear attack, this money was to be used to replenish currency supplies east of the Mississippi.”

A 30-day supply of food and water would sustain 500 Federal Reserve employees, including the chairman and the board of directors. The three-story structure also held an incinerator, an indoor shooting range, and a helipad. It was “radiation-hardened” with a two- to four-foot earth roof and lead-lined window shutters.

The bunker wasn’t just a storage place for doomsday economists; it also housed the Culpeper Switch, the central node in the Fedwire system that enables electronic bank transfers. An old Fed pamphlet notes that Mount Pony was a fitting location for the communications switch, “for its history included such use. The top of the mountain was used by the Confederate Army as a signal station and, during World War II, it served as an observation post for spotting aircraft.”

After the Cold War ended, the Fed transferred the facility to the Library of Congress. The LC installed 90 miles of shelving into the climate-controlled underground vaults. It now houses the Library’s recorded sound and videotape holdings.[7] 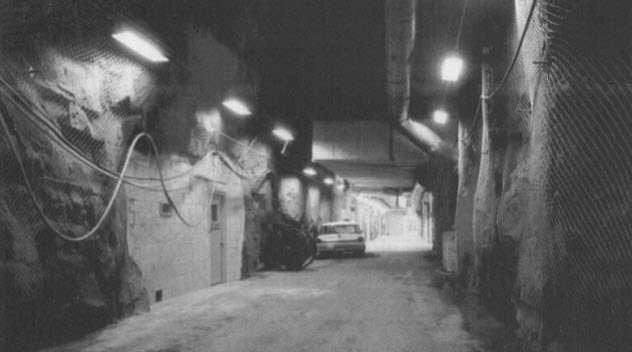 The Canadian Forces Base (CFB) North Bay complex is one of very few US international bunkers. It located in North Bay, Ontario, which is north of Toronto. The facility serves as the hub of NORAD in Canada and is situated 60 floors beneath the ground.

During the Cold War, CFB North Bay was precariously located between the Soviet Union and the United States, making it a hot spot for potential conflict. To combat this risk, it was designed to be able to resist an attack approximately 267 times more intense than the historically well-known bomb dropped at Hiroshima.

Though further information on CFB North Bay is scarce, it is known to have a strong correlation with the founding of NORAD in the late 1950s. This site remains operational.[8] 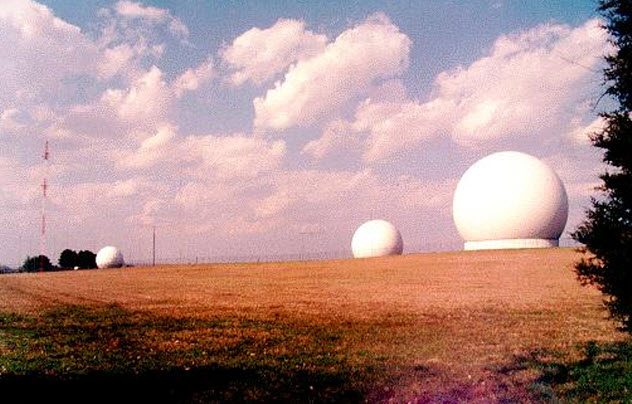 Warrenton Training Center is a highly classified communications facility in Virginia. It primarily serves the Central Intelligence Agency (CIA) for various purposes, but it also contains a relocation bunker as part of the US COG program. The facility consists of four inconspicuous stations throughout the counties of Fauquier and Culpeper.[9]

As the name implies, Warrenton Training Center is mainly a training school for several federal entities, including the CIA, the National Security Agency (NSA), the State Department, and Department of Defense (DOD). Although little is known about the use of the bunker, the site is definitely used for emergency NSA, DOD, and State Department practices. 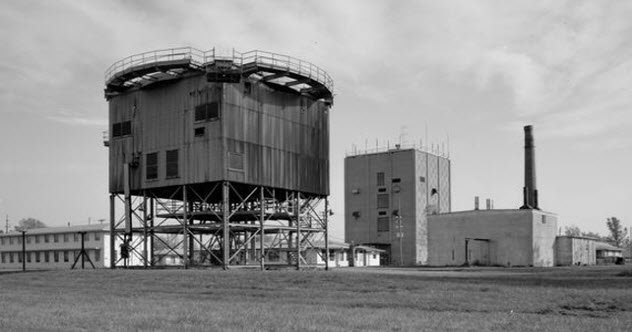 Serving as a US Air Force Surveillance Radar Station, Selfridge began operations in 1959 in Michigan. The site is known for having several advanced radar technologies with groundbreaking detection capabilities, the ability to coordinate multiple surface-to-air missile launches, and the Missile Master bunker.

In 1960, the Army Air Defense Command Post (AADCP) was constructed to arrange surface-to-air missile launches for Project Nike, a complex system of facilities and weaponry during the Cold War. However, the AADCP was eventually closed.

This radar station is now the location of the United States Marine Corps Reserve unit, and the bunker was transformed into an air traffic control center.[10] As the exact proceedings are highly classified (a common theme of US bunkers), little is known as to whether the base is operational.

Jack is a young freelance writer, aspiring to further pursue a profession in science, but continue writing along the way.

Read more about US government secrets on 10 Bizarre Conspiracy Theories About Secret Government Operations and 10 People Who Exposed US Government Secrets And Lies.

Ten Unsolved Mysteries of the Irish