Serial killers are a special kind of evil. Since being coined by FBI investigator Robert Ressler, the term “serial killer” has come to denote any murderer who coldly commits their crimes in a series of separate events over a stretch of time. While some argue over whether or not three kills should represent the demarcation line between a serial killer and a basic murderer, the truth is that no matter the number, a serial killer is always a threat to public safety.

But, contrary to popular belief, serial killers are not a new phenomenon. Like basic human evil, serial killers have been a part of our history since recorded time. Although they did not gain widespread visibility until the 19th century (when newspapers and other forms of media were able to sensationalize their malevolent deeds) every epoch has had its fair share of murderers. In this list, the focus will be on those serial killers who were active between the fall of the Western Roman Empire and the birth of the modern nation-state. 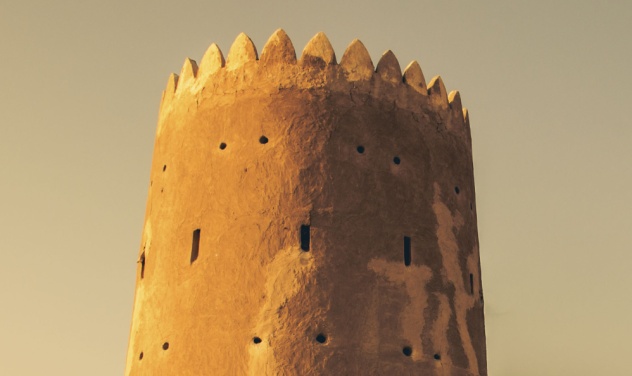 Given the later crimes of Zu Shenatir in the fifth century A.D., it’s fitting that Aden, Yemen, Shenatir’s city, has long been linked with the biblical story of Cain and Abel. Unlike Cain, the world’s first murderer, Shenatir killed purely for pleasure. Exactly how many people he killed has never been recorded, but records state that he was a wealthy pedophile who sodomized his victims and then killed them by throwing them out the window.

Shenatir is often incorrectly labeled as the first serial killer ever recorded. While that’s not true, he’s certainly one of history’s first lust killers. A voracious appetite for sex seems to have been Shenatir’s driving motive, which makes his ultimate demise all the more fitting. According to certain sources, one of his intended victims, a young man named Zerash, stabbed Shenatir through his anus, thus giving the monster a taste of his own sick medicine. 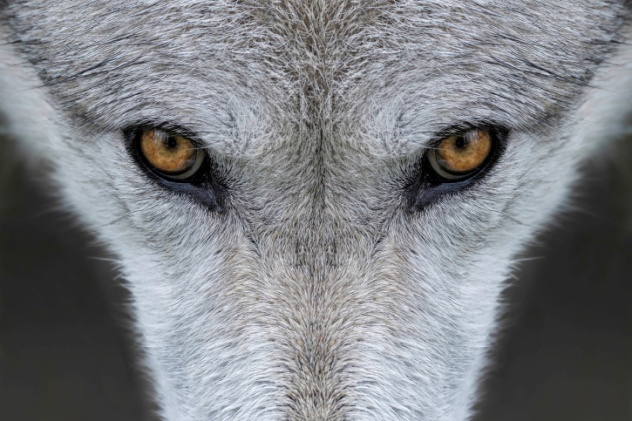 While most accounts of “real” vampirism come from Eastern European countries such as Serbia and Hungary, medieval France hosted the most cases of real-life werewolves. These werewolves were in reality feral serial killers who preyed upon rural peasants and city dwellers alike. In the 16th century, a French peasant named Pierre Burgot came under the Satanic thrall of several black-clad figures, including a man named Michel Verdun.

According to Burgot’s testimony, Verdun gave him an ointment that transformed him from a man into a wolf. Along with a third man named Philibert Montot, Burgot and Verdun became known as the Werewolves of Poligny, and they were collectively responsible for the murders of several children. After a bloody Verdun was caught and tortured, he confessed to the crimes and implicated Burgot and Montot. In turn, Burgot claimed under torture that Montot and Verdun had forced him to renounce God in order to become a vile werewolf killer. 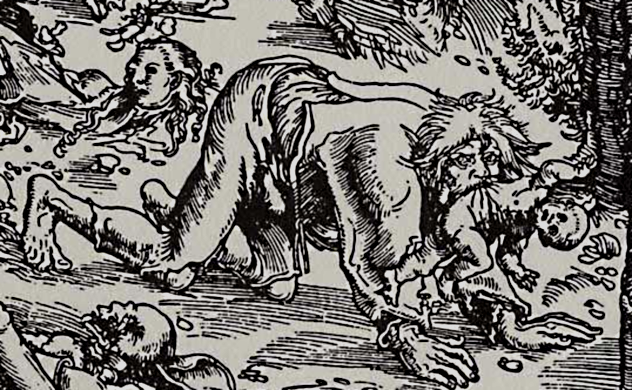 A cannibal serial killer known as the “Werewolf of Bedburg,” Peter Stumpp (sometimes spelled Stumpf or Stubbe), was a one-armed farmer in 15th-century Germany who reportedly murdered 14 children and two pregnant women over the course of 25 years. After being caught, Stumpp not only admitted to drinking the blood of local livestock, but also claimed to have eaten fetuses as well as his own son’s brain.

Arguably, some of Stumpp’s confession should be questioned considering that he made it after being subjected to torture (more of this to come). However, he was still more than likely a serial killer and not the self-proclaimed victim of the Devil, who viciously preyed upon villagers who were themselves under assault due to the rampaging Sewer War, which pitted Catholics against Protestants. In this regard, Stumpp eerily presages Marcel Petiot, the French serial killer who used the chaos of German occupation to carry out his multiple murders. 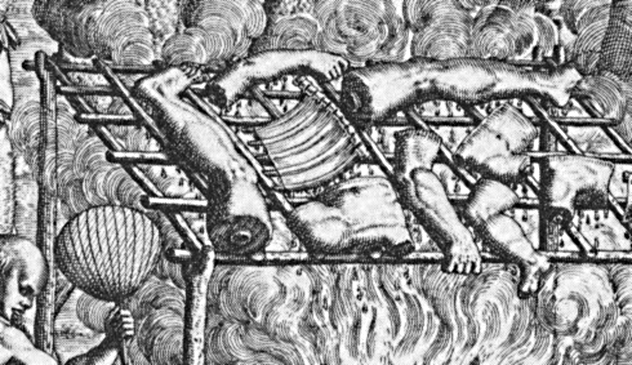 Peter Niers, a notorious bandit, black magician, and serial killer, was executed on September 16, 1581, in the Bavarian city of Neumarkt in der Oberpfalz. Even during the Middle Ages, when torture was routine and frequently used, the three-day-long execution of Niers was unique. Before being swallowed by death, Niers had his flesh flayed and stripped with hot oil and his body was broken on the wheel. Finally, according to some accounts, he was quartered while still alive.

There was a rationale behind Niers’s barbaric punishment: Since he was such an extraordinarily bloodthirsty killer, he therefore deserved an extraordinarily gruesome demise. Although we can rightly scorn Niers’s brutal treatment, we should not lose sight of just how evil he was. In 15 years, Niers killed or helped to kill an alleged 544 people. If that number is true, it would make him one of history’s most prolific slayers. Not content to simply rape, pillage, and kill, Niers was also convicted of cannibalism and killing in order to perform diabolical rituals. Again, given the rampant superstitions of the age, we should always be skeptical about accusations and verdicts from the Middle Ages. 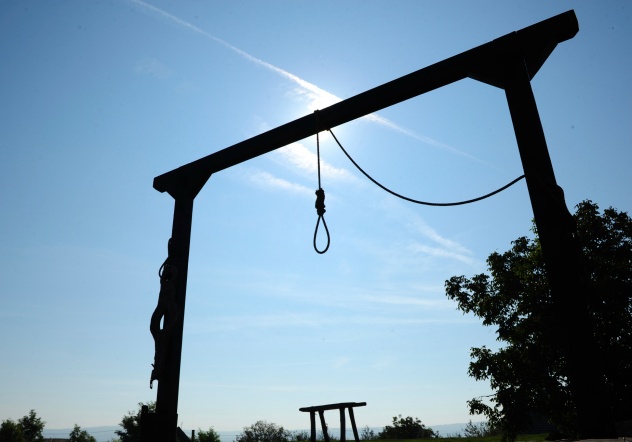 In 1577, a Bavarian hangman named Hans Schmidt tallied the crimes of one Niklaus Stuller, a man whom Schmidt had put to death himself. According to Schmidt, Stuller had been responsible for shooting a member of the cavalry, as well as the deaths of three pregnant women along with their unborn children. Stuller, known as the “Black Banger,” was yet another 16th-century German serial killer whose favorite targets were pregnant women.

Just as post–World War I Germany was plagued by a rash of serial killers, the German states of the 15th century were constantly embroiled in economic fluctuations and civil strife, especially over sectarian issues involving Catholics and Protestants. Against later crimes like the Thirty Years’ War, Stuller’s murders do not seem as earth-shattering. But when placed side by side with other maniacs like Stumpp and Niers, Stuller, who was only convicted of four murders, becomes an almost larger-than-life representative of a truly infernal time period. It’s no wonder that the crowd cheered his execution. 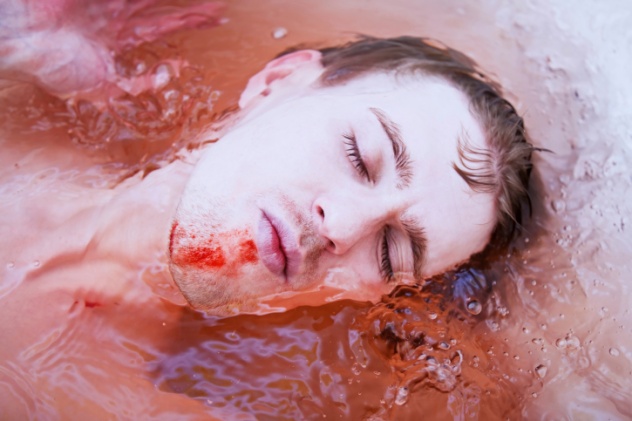 Like most of Europe’s northernmost nations, Iceland exudes an air of dark mystery. A cold, volcano-dotted island settled by the Vikings, Iceland remains an enigma in a part of the world that is best known for its widely chronicled civilization. Therefore, most people outside of Iceland have never heard of Bjorn Petursson. A farmer from western Iceland, Petursson robbed and murdered so many travelers during the 16th century that he soon became Iceland’s most prolific serial killer. Almost immediately, Petursson became the subject of numerous folktales that attempted to describe his many crimes. Because of this, few solid facts concerning Petursson are available, for many of the folktales disagree over things such as his body count and the particulars of his execution in 1596.

The most common story has it that Petursson robbed and murdered 18 people in order to seize their possessions. Afterward, he got rid of the bodies by throwing them into a lake near his farm. After his arrest, Petursson was more than likely tortured before meeting with a cringeworthy death. 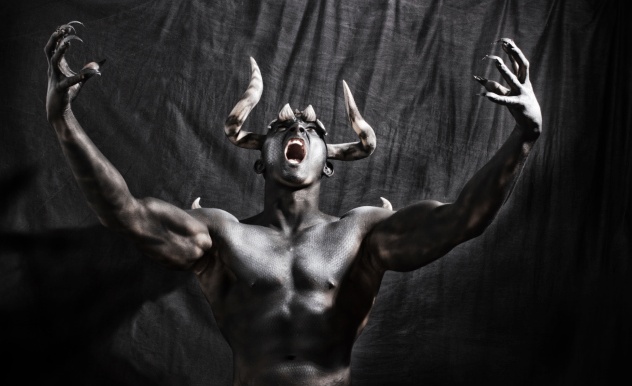 When talking about Christman Genipperteinga, the word “alleged” has to be used frequently. Frankly, Christman Genipperteinga may not have existed at all, more likely a fictitious amalgamation of several German serial killers who operated during the 16th century. Between the years of 1568 and 1581, Genipperteinga allegedly murdered a staggering 964 people. He was driven by a myriad of insane ideas, including black magic and a desire to murder 1,000 people. A German bandit who supposedly kept many sex slaves in a cave that he used as a home, he indiscriminately killed men, women, and children, and even believed that he was the Devil himself.

As a result of his savage actions, Genipperteinga was often given supernatural abilities by the pamphleteers of his day, who claimed that he grew fabulously wealthy as a result of his crimes. Then again, many today believe that it was the pamphleteers themselves who created Genipperteinga as the embodiment of all German highway murderers, including Peter Niers and Jacob Sumer. But, if Genipperteigna was indeed a real person, his crimes would make him history’s most accomplished serial killer. 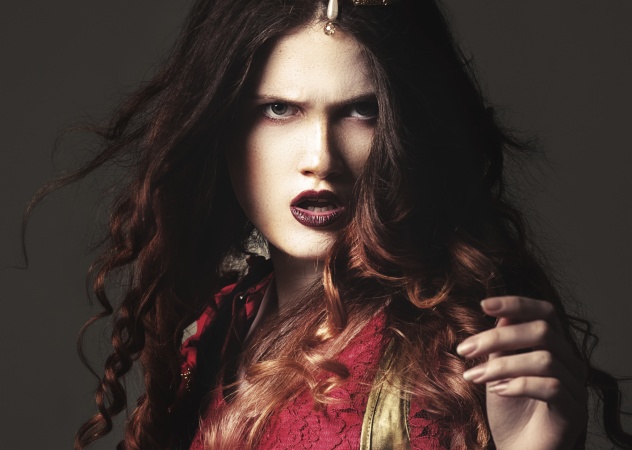 Called “La Quintrala” due to her flaming red hair, Rios y Lisperguer was a Chilean aristocrat and landowner who carried out roughly 40 murders while maintaining an oppressive iron rule over her indigenous workers. A member of colonial Santiago’s privileged set, she was said to have delighted in sacrilege, sex, and conspicuous consumption. Similar to the Hungarian Countess Elizabeth Bathory (who died a decade after Rios y Lispergeur was born), Rios y Lisperguer was a violent-tempered noblewoman with a fondness for torturing her subordinates.

Besides slaves, La Quintrala also murdered lovers, a priest, and even her own father. And, like Bathory before her, Rios y Lisperguer used her fabulous wealth to avoid justice for several years. She even donated a large portion of her estate to the Catholic Church. Eventually, Rios y Lispergeur was publicly accused and convicted of her crimes, and died while under house arrest, awaiting appeal. Her majestic home stood empty for years after her death due to the fear that her wicked spirit still haunted the premises. 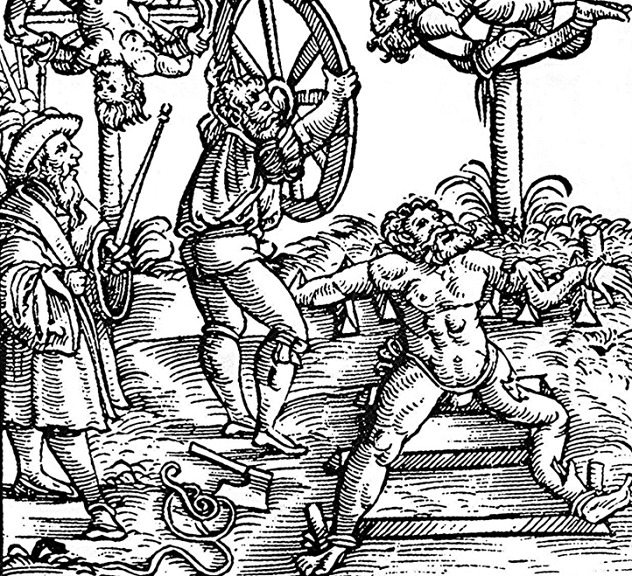 It was Jasper Hanebuth’s great misfortune to have come of age during the Thirty Years’ War. Not only did Hanebuth take up arms during one of Europe’s bloodiest conflicts, but he and other Europeans had to deal with the near-complete destruction of their farms, towns, and populations. But while others tried to rebuild their communities after the war, Hanebuth tapped into his former life as a mercenary for the Swedes in order to make a living as an outlaw.

Hanebuth killed for pecuniary reasons, and after the completion of each crime, he would try to trade his ill-begotten gains with merchants all across Hanover. Hanebuth became such a legend in Hanover that even today, the city still grapples with his legacy. As with most infamous serial killers, Hanebuth was apprehended, tortured (he was broken on the wheel), and executed in 1653 for the deaths of 19 people. 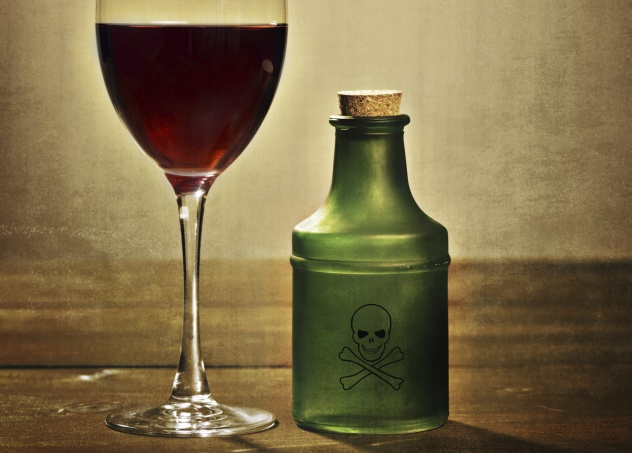 Historically speaking, female serial killers have generally been known to prefer poison as their primary murder instrument. While this is not always true, it is certainly correct in the case of Giulia Tofana. In 17th-century Italy, Tofana became such a notorious poisoner in the cities of Rome and Naples that the strong poison Acqua Tofana bears her name as a result. Catering to wives who desperately wanted to kill their husbands, Tofana, her daughter Girolama Spera, and a few assistants cultivated their particular potion, which was more than likely some form of arsenic, for widespread sale and distribution.

What is known about Tofana is limited and often prone to conjecture. Some claim that she was the daughter of a murderess hanged for the crime of matricide, but others assert that she and her helpers ran a school for poisoners out of their home base in the Sicilian city of Palermo. Whatever the exact information, Tofana confessed while under torture that she was responsible for over 600 deaths during her decades-long career. Along with her daughter and several servants, Tofana was executed in Rome in the summer of 1659.