Palaces – being homes for great and wealthy individuals – are designed to have an effect of lofty grandeur. Since the wealthy and powerful have the tendency – and the means – to display their personality in architecture, the world is dotted with these grand and often fascinating homes. Here are ten of the most splendid palaces ever to grace the earth. 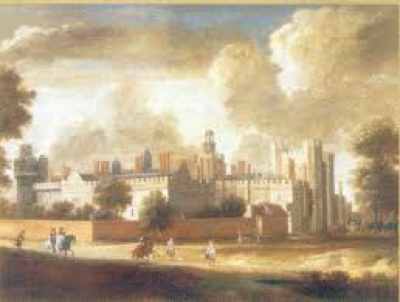 Henry VIII, a man of great appetites and jealousies, could not bear the thought of being considered a lesser monarch than his continental rivals. The palaces he inherited were rather dingy affairs, and so he decided to build a palace of equal status to that of the King of France. This palace was designed to be the jewel in crown of Renaissance architecture; no building would be its match in all the world. Henry therefore decided to name it Nonsuch. The cost of the building was absolutely ruinous, and the results did not equal Henry’s grand desires.

Though it was the grandest house in Britain, few of Henry’s successors were particularly attached to it. Charles II gave it as a gift to a mistress. When she fell on hard times due to gambling debts, she sold off the house to be used for building materials. Today, nothing remains of the palace, except the fragments imbedded within other buildings. 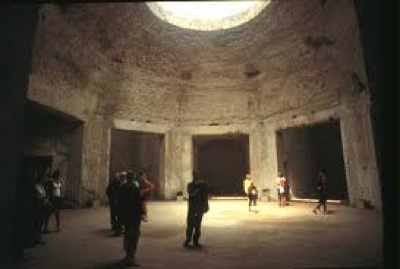 The Domus Aurea – which in English means the Golden House – belonged to the Roman emperor Nero. It was one of the greatest private residences ever built. Being an ancient city, Rome was a higgledy mess of twisting streets and cramped, multistoried houses, accommodating a huge population within a limited space. There was little room for magnificent palaces. This was no longer the case, however, after the great fire of Rome in 64AD, which destroyed much of the aristocratic district on the Palatine hill. (The word Palace derives itself from Palatine, due to the preponderance of grand houses there.)

Nero’s enemies who, unfortunately for him, wrote the history books, tell us that Nero sang while Rome burned to the ground around him. If true, it was perhaps because he knew that the destruction would give him the chance to claim enough land to build a palace worthy of himself. The Domus Aurea covered no less than 100 acres of the city, and included a vast private pool and mock farms to give the impression of the rural idyll for which many Romans pined. Within the house itself were rooms with exquisite frescoes. One dining room had a rotating ceiling, allowing the movement of the stars to be seen from the comfort of indoors.

When he saw the completed palace, Nero exclaimed with typical understatement (that is called “litotes” for those who want to impress their friends with their knowledge of rhetoric), “Finally I can live like a human.” After his death, the palace was turned over to public use. A colossal statue of Nero was removed from the palace; the new site was later used for a stadium which, named after the statue, was called the coliseum. 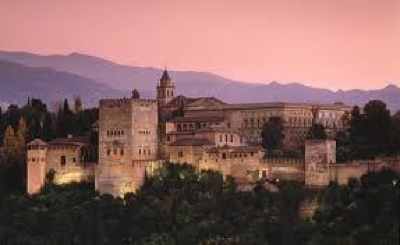 The Alhambra palace of Grenada is one of the finest splendors of Spain. Built by the Moors, the Muslim conquerors of Spain, in the 14th century, it served as the seat of government for several sultans of Grenada. The palace was built in typical Moorish style, and decorated with intricate stonework.

One notable feature of the palace is the use of courtyards and fountains to create an airy feel to the complex – an innovation quite unknown to European architecture of the time. But the singular feature that most impresses modern visitors is the skillful subtlety of the work put into the most intricate details. The domed roof of the Hall of the Abencerrages, for instance, is said to have over five thousand carved niches.

After the re-conquest of Spain by the Christians, the palace was used by the Spanish royal family, after being modified to a more traditionally European form. 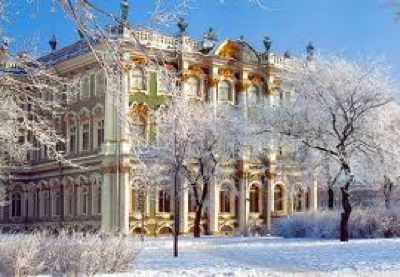 The Winter Palace of St Petersburg was home to the rulers of Russia. When it was attacked in the 1917 revolution it changed Russian history forever – at the end of a gun: the entire royal family was shot. The palace had more than 1,500 rooms and the biggest could fit 10,000 people. It even had a private Cathedral.

After the revolution the Communist Army robbed the palace and discovered the wine cellar. And what a wine cellar it was – there was enough alcohol in it to fuel a month-long drinking binge, which historians call “the greatest hangover in history.” 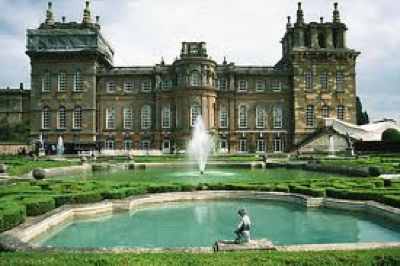 Blenheim Palace is the only palace in Britain which isn’t a royal home. It was given to the first Duke of Marlborough for his whipping butt in the War of the Spanish Succession. It is one of the biggest homes in Britain (covering seven acres) and it is the birthplace of Winston Churchill (related to the duke) who proposed to his wife there. Upkeep is a little pricey so you can now buy tickets to tour the place. As an added bonus the current Duke often wanders around and chats with the visitors. 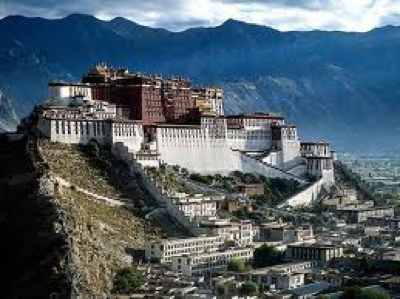 Potala palace in Lhasa, the traditional home of the Dalai Lamas, is the highest palace in the world. At thirteen stories, it was once also the tallest inhabited building in the world. The current palace is really a synthesis of two palaces, the White and the Red, built at different times. Building has been going on at the site since the 7th century, though the current façade dates from much later. Since the current Dalai Lama fled the Chinese, the palace has become the most popular tourist site in Tibet. Visitors are advised to acclimatize themselves before entering, as they are not allowed to take oxygen supplies into the palace for fear of fire. 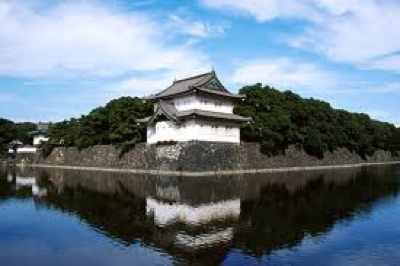 The Imperial palace in Tokyo is the private residence of the Emperors of Japan, and has been so since the move of the Japanese capital from Kyoto to Tokyo. Although it is perhaps the least visually impressive of the palaces on this list, being only two stories high, the site has at times been worth more than the entire state of California. The Japanese economic boom of the 80s, together with the country’s large population density, have left the palace one of the few green spaces left in the city. These days, the palace grounds are said to hold 20% of Tokyo’s trees. 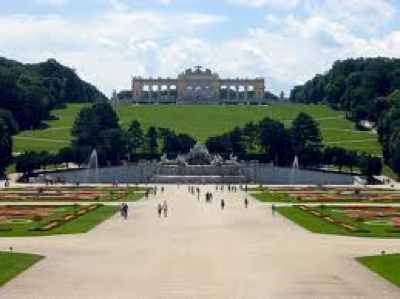 Schönbrunn Palace, in Austria, was once the summer home of the Hapsburg emperors. The current palace was completed by the Empress Maria Therese, the mother of Marie Antoinette. Mozart, when he was six years old, played for the Empress in the ‘hall of mirrors’, and asked to marry Antoinette. The palace contains 1,441 rooms and the gardens have a maze over a mile in length. Despite the preponderance of rooms, there was no kitchen within the palace. All the cooking was done in another building, and food carried into the palace by servants. 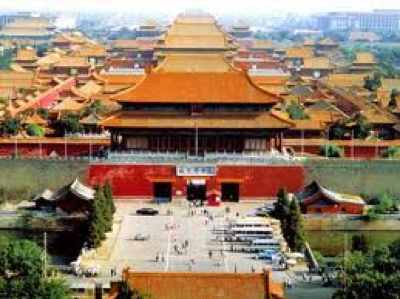 For five hundred years, the Forbidden City was the imperial palace of the Chinese emperors. Located in the heart of Beijing, it is the largest surviving palace complex in the world – almost twice the size of the Vatican. Built in the traditional Chinese style, the complex contains an auspicious 9,999 rooms. Life within the Forbidden City was heavily regimented in the days of the emperors: people of different ranks, for example, were required to eat from differently-colored plates. Gold plates – yellow being the imperial color – were permitted only to the emperor and empress. After the abdication of the last emperor in 1912, he was held within the confines of the city until 1924.

The Emperors of China once enjoyed a second magnificent palace – the Old Summer Palace. Supposedly one of the wonders of the world, it was destroyed by European forces in the Second Opium War as a punishment for the torture of British negotiators. 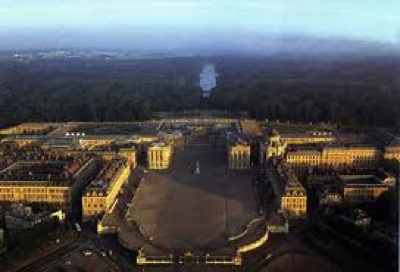 The Palace of Versailles, located a short carriage ride from Paris, was originally a hunting lodge for King Louis XIII. His successors – in particular Louis XIV – added to it until the name ‘Versailles’ became a byword for opulence. The magnificent reputation of Versailles was increased when Louis XIV decided to have his court permanently reside in the palace; this move, by concentrating his power, allowed him to keep the occasionally fractious nobles within his control.

However, it also served to separate the nobility from the people of France, and thus it may have contributed to the ultimate downfall of the monarchy. Certainly, the luxurious life within the palace was resented by the French people, who hardly had enough bread to eat. Marie Antoinette, rubbing salt in the wound, had a mock village built where she could pretend to be a peasant. The Palace survived the French Revolution, and today it is one of the great attractions of the country.