The Great Depression was as hard as times come. Families around the world had to struggle to put food on their tables. In the US, one in four men was unemployed and those who kept their jobs saw their salaries cut in half. And it was just as bad in most parts of the world.

Not every story that comes out of the Great Depression is a sad one, though. When times were at their toughest, people pulled together and helped each other out. Those who had something to share gave what they had to those in need. As a result, some of the most inspiring stories came out of one of history’s darkest times. 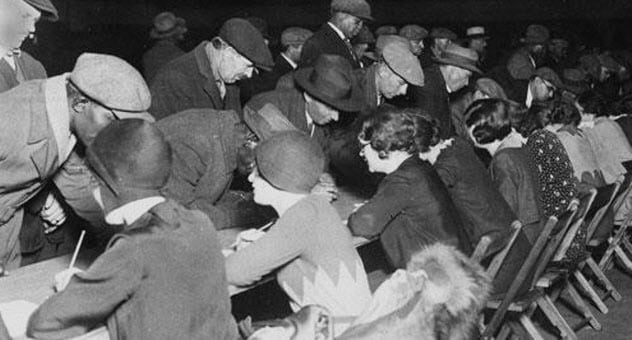 Right before Christmas 1933, an ad showed up in an Ohio newspaper. It was a note from an anonymous man telling anyone who was in need: “If you’re in trouble, write me.”

More than 100 people wrote to the address printed in the ad, each one letting the mystery man know what they or their family needed. “I am a girl of 14,” one letter read. “I am writing this because I need clothing. And sometimes, we run out of food.”

Everyone asked for something different. But no matter what they requested, the mystery man sent them what they needed. As promised in his ad, he gave them anything they needed so that they would “be able to spend a merry and joyful Christmas.”

The mystery man refused to take credit for what he’d done—and no one knew who it was until he died. It turned out that his name was Sam Stone. After he died, his grandson looked through his things and found more than 150 letters from people around Ohio, each one telling a unique story.[1] 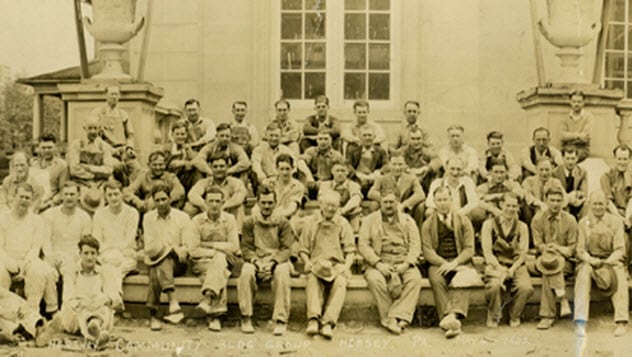 During the Great Depression, Milton Hershey started a massive construction project that he called “The Great Building Campaign.” He built a high school, a sports arena, a community building, and a massive hotel in Pennsylvania, all as a way to create jobs for the people who lived there.

“We have about 600 construction workers in this town,” he said. “If I don’t provide work for them, I’ll have to feed them.”

From a cynical point of view, it might seem like a smart business move. Building supplies and labor were cheaper than ever, and it did make practical sense to start building then.

However, as one famous story from the project shows, he didn’t make decisions on what was cheapest. While building a hotel, a foreman told Hershey that the steam shovel they were using could do the job of 40 men. 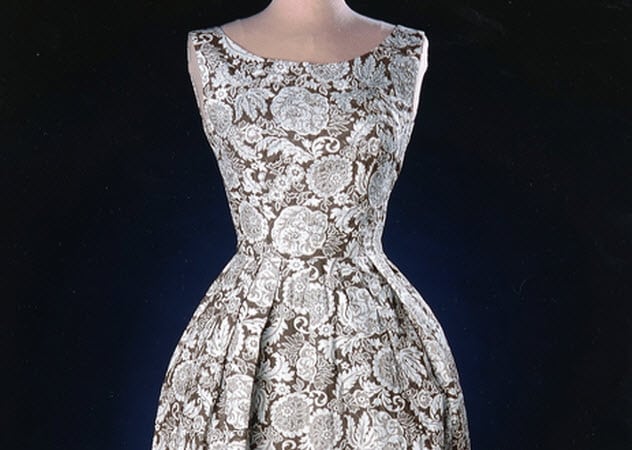 A lot of families were so poor during the Great Depression that the mothers had to stitch their clothing out of feed sacks and flour bags.

It wasn’t just something that happened to the poorest of the poor. An estimated 3.5 million women and children were walking around in flour sacks. There were so many women dressing up their families in food packaging that they started holding national sewing contests where women would show off their feedbag dresses.

When the flour companies noticed the trend, they redesigned their bags to give these families a little more dignity. They started printing colorful patterns on their cotton bags so that the women could make prettier clothing for their families. Some even added cutout patterns and guides for stuffed animals.

Sure, they were partially motivated by profit, but the companies didn’t turn this into an advertisement. They started printing their company’s name in washable ink, even adding instructions that told you how to wash off the company’s logo and turn the bag into something beautiful.[3] 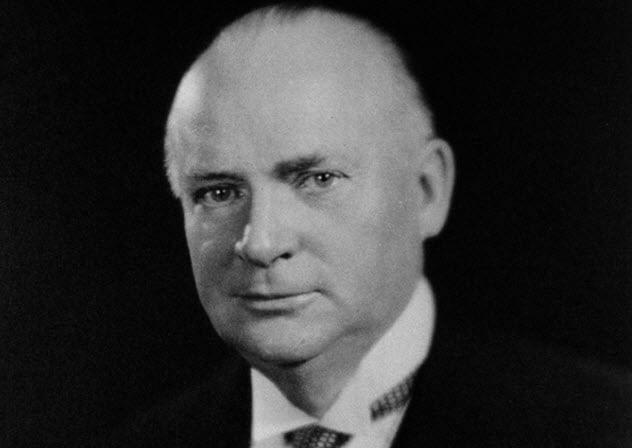 Canada’s prime minister for most of the Great Depression was R.B. Bennett—and by most accounts, he wasn’t great at the job. He tried to copy Roosevelt’s New Deal north of the border with disastrous results.

Just because he wasn’t a good leader, though, didn’t mean that he wasn’t a good person. Privately, he made it a policy to send money to anyone who requested it. In fact, he did it so often that he gave away $2.3 million between 1927 and 1937.

He sent people anything they asked for. As word spread that a letter to Bennett would be answered with cash, people asked for more and more things. He sent a little boy a red wagon for Christmas, helped a woman make the mortgage payments on her home, and even sent one man a few pairs of underwear when his wife complained that all of his had holes.[4] 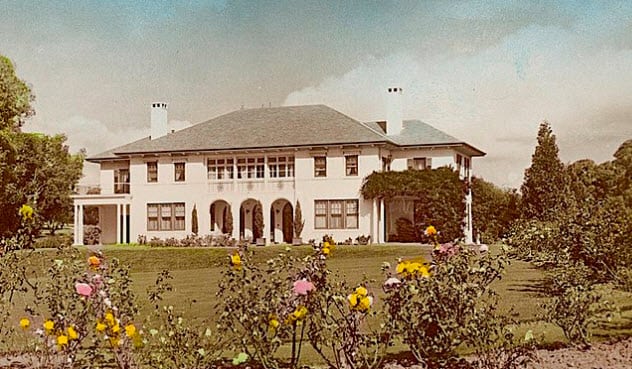 When James Scullin became the prime minister of Australia, he was supposed to move into a massive, luxurious mansion called The Lodge. It had just been built a few years earlier, and it was meant to be the official home of the leader of the country. Scullin refused.

He was uncomfortable with the idea of living in a mansion while his people were starving. He’d fought against it being built in the first place, arguing that building a multimillion dollar estate for the prime minister was a waste of the country’s money.

He stayed true to his word when he was elected to office. Throughout his time as prime minister, he and his wife refused to move into the mansion, unwilling to let the cost of running it eat up the budget. He even tried to raise money for the country by leasing the mansion. But in the Great Depression, no one could afford it.[5]

Still, Scullin wouldn’t move in. Throughout his time as prime minister, Scullin and his wife lived in a hotel. 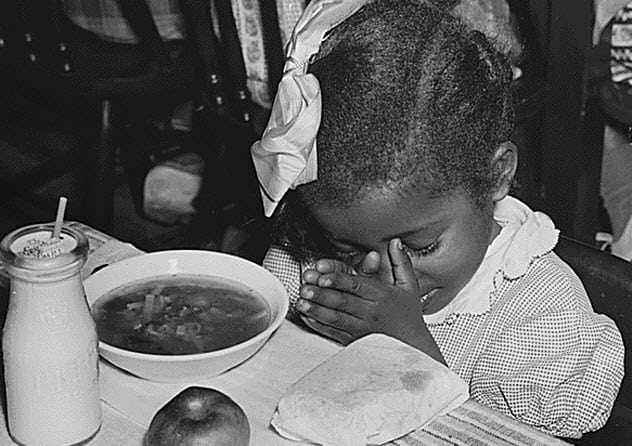 Teachers wages were hit hard during the Great Depression. Although they’d never made much in the first place, their wages dropped even more when the country was running low on money. That didn’t stop them, though, from putting their students first.

In New York, teachers started putting aside some of their money just to make sure that their students had food in their bellies. Before the government had set up a free and reduced-price lunch program, the teachers set up one on their own. They made breakfasts for the children who were going without and, in 1931 alone, fed 11,000 students each morning before school.

In Chicago, teachers gave up portions of their limited salaries to buy clothes and food for their students. The teachers contributed more than $112,000 to make sure that their pupils had clothes on their backs.

“We were determined on one thing: We were not going to hurt the children,” one teacher said, explaining why she’d given up so much of her limited income. “We went on teaching whether we were paid or not.”[6] 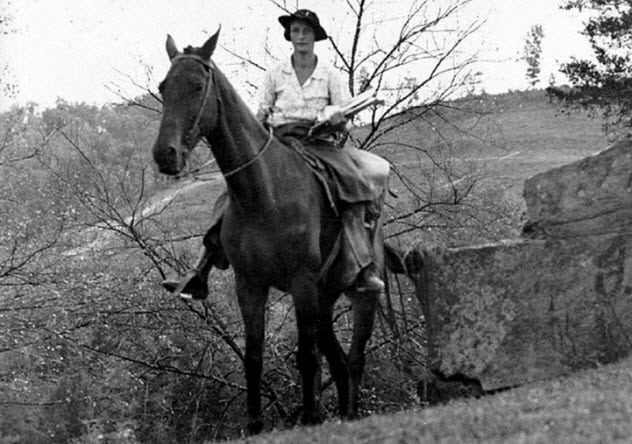 In 1930, less than one-third of the people in Kentucky could read. It was a major problem, especially during the Great Depression. These people were stuck with the lot they had. Without literacy, it was nearly impossible for them to move to a higher level.

The Pack Horse Library was created to try to make their lives better. They set up miniature libraries inside every town they could, usually in churches and post offices where people could reach them easily. Then, to make sure that everyone was able to get their hands on a book, the librarians rode out to every hill and every valley, handing out books to the poor.

“’Bring me a book to read’ is the cry of every child as he runs to meet the librarian,” one of the librarians said, describing his experiences delivering the books. “Not a certain book, any kind of book. The child has read none of them.”[7] 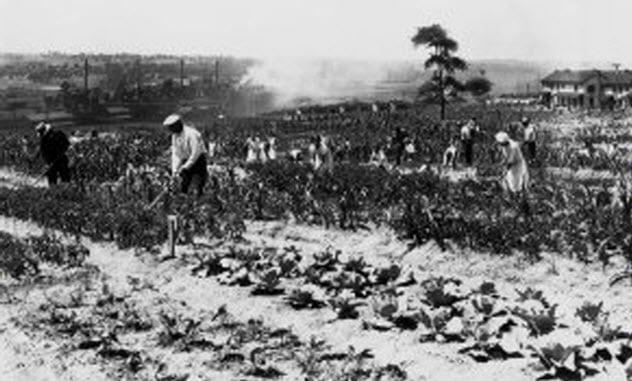 One of the challenges of the Great Depression was pride. There were soup kitchens around the country where people were sure they’d be able to get a hot meal. But a lot of men preferred to starve to death rather than be caught standing in them, begging for a handout.

Some cities found a way around it, though. In particular, the state of Iowa dealt with it by offering lots to unemployed men and women who needed food. They would give land to garden and seeds to fill it up to anyone who needed it. Then, to make sure that it didn’t feel like a handout, the authorities added that the land belonged to these individuals as long as they were willing to do the work.

Iowa had an official statewide program for it, but it wasn’t the only place where they were doing it. In Gary, Indiana, there were 20,000 gardens around the city. Seattle set up 450 acres of land dedicated purely to community gardens.[8]

The locals pitched in, too. Teachers from the local schools took time out of their days to show people how to harvest the food and preserve it in jars.

2 Musicians In Chicago Started A Band To Play Free Concerts 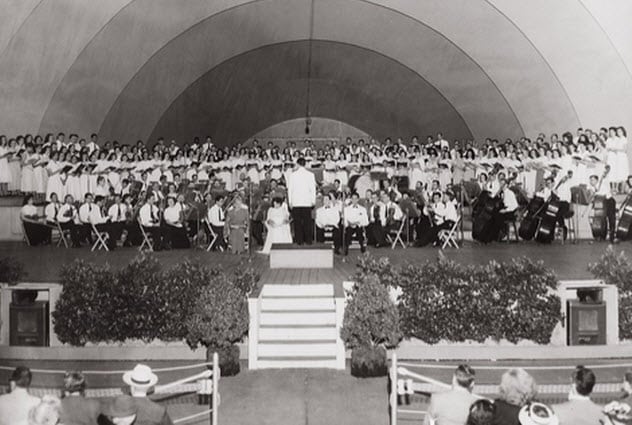 Even during the Great Depression, people required more than just food. They needed something to live for—something to give them happiness.

That philosophy drove the Chicago Band Association to start putting on free concerts. They set up a meeting with the city government to propose their idea. They wanted to assemble a band that put on free concerts so that the people would have “something more to look forward to than just bread.”

The city not only agreed but even built a venue for them to play in. By 1935, the musicians regularly gave symphonic concerts in Grant Park. Anyone so inclined could wander into the park and enjoy a classical symphony free of charge.[9]

The concerts eventually evolved into the Grant Park Music Festival. It isn’t free anymore, but the concerts still live on to this day.

1 A Tribe In Cameroon Sent Relief Money To New York 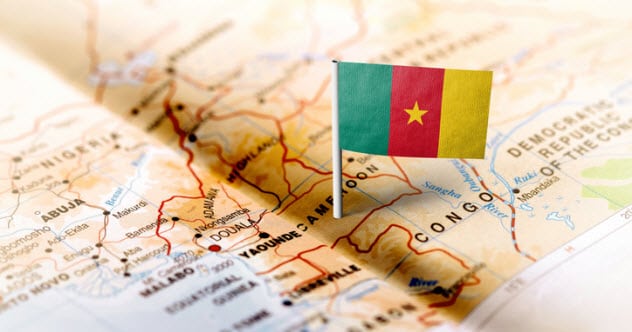 In 1931, the Bulu tribe in Cameroon heard about what was happening in America. They found an article in a newspaper that said, “There are actually people in America who do not have enough to eat.” The tribe decided to do something about it.

The Bulu had next to nothing, but they could understand what it was like to go without food. So they put together a fundraiser within their group and gathered up as much money as they could. In total, they raised $3.77. But for them, it represented most of what they had.[10]

Members of the tribe surprised their local missionaries by showing up with the few dollars they’d scavenged together and asking the missionaries to send it to America to help the starving families get something to eat.

The missionaries were touched. They sent the money to the New York Relief Fund as the tribe had requested.

Sure, the money wasn’t enough to change anyone’s life—but the story was. Newspapers across the country spread the story of the Bulu tribe’s donation. Their act of generosity lit a fire of charity that inspired a country during their hardest time.