The legendary King Arthur—Britain’s great king who fought dragons and fairy queens alongside the magician Merlin—is so clouded in myth and fantasy that it’s hard to imagine that there is any real, historical fact in any of it.

But there is a little truth hidden in the myth. There was a real person who, it’s believed, sparked the legend of Arthur. Long before all the magic and myth was draped onto the simple truth of his life, there was a real man who inspired it all.

He lived in Britain shortly after the fall of Rome—and he was absolutely nothing like the stories you’ve heard.

10 Arthur Wasn’t A King (According To Gildas) 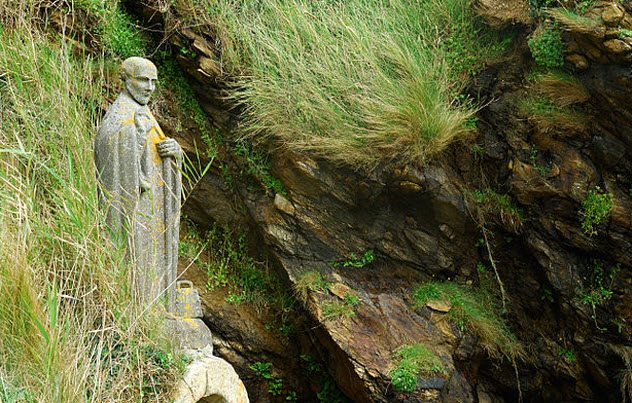 The real Arthur wasn’t the king of Britain. He didn’t have a Round Table, jousting knights, or a code of chivalry by which he ruled. All of that was added over hundreds of years of telling and retelling the story of one historical man—a man who was nothing more than a simple soldier.

The earliest mention of Arthur was written in AD 540 by a historian called Gildas—a man who was alive at the same time as Arthur himself. Gildas, though, doesn’t call Arthur the king. Actually, he didn’t even call him Arthur, but we’ll talk about that later.

The real person who inspired Arthur commanded the British army against an invading Anglo-Saxon army, but he didn’t sit on a throne or wear a crown. Gildas writes that this person fought “along with the kings of Britain” but he wasn’t nobility, saying that Arthur was chosen to lead the army even though “there were many more noble than himself.”[1]

The story of Arthur was told and retold for 500 years before Arthur was turned into a nobleman. But even then he wasn’t made a king. The first story that made Arthur a ruler called him an emperor.

9 He Was A Soldier Who Stopped An Anglo-Saxon Invasion 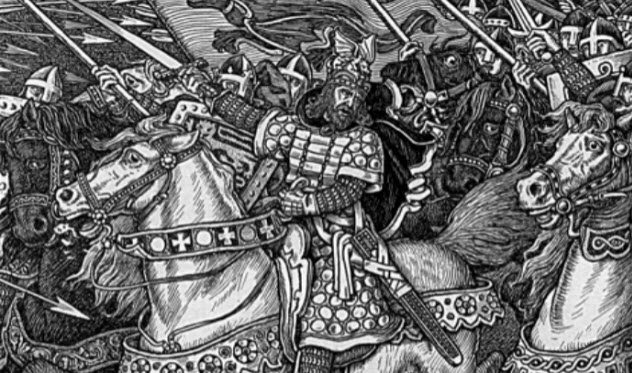 Arthur was a hero even if he wasn’t a king. He lived at the beginning of the Dark Ages when Anglo-Saxon barbarians were tearing Britain to shreds. The Anglo-Saxons were wreaking havoc throughout the country, dragging off all the Britons they could as slaves and massacring anyone who resisted.

The real legend of Arthur, as it was told when he was alive, was the story of a military commander who fought off an invading army. Arthur took command of the British military and won them their first victory against the Anglo-Saxons. With Arthur in charge, they started actually winning the odd battle and eventually chased off the Anglo-Saxons in a final stand called the Battle of Mount Badon.

The original story doesn’t make it clear whether Arthur was actually involved in that fight. Within a few years, though, it had been blown up into something altogether different. At that point, Arthur wasn’t just at the battle—he’d single-handedly killed 940 people[2] and chased the Anglo-Saxons out of the country.

8 He Was Probably A Roman 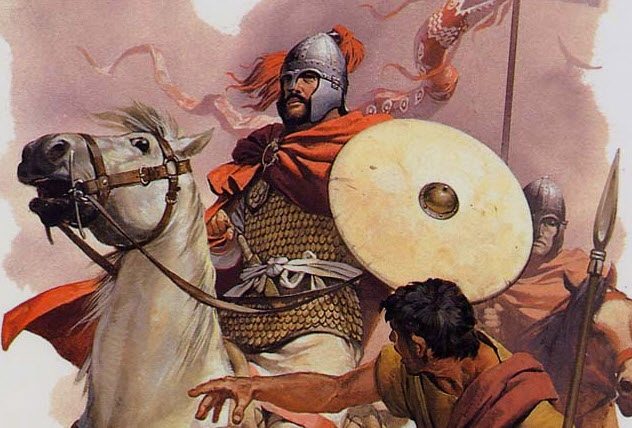 Like we said, Arthur’s name wasn’t Arthur in the original story. His name was Ambrosius Aurelianus, and he wasn’t even British. He was a Roman.

Gildas, who claims to have been born in the same year as the Battle of Mount Badon, calls the British hero Aurelianus and says that he was the last Roman in Britain. The Roman force that had been there had been wiped out by the Anglo-Saxons, including Aurelianus’s own parents.

There’s some debate over whether Aurelianus and Arthur are the same person or if Aurelianus was just his relative or his commander. But a mere 60 years after Gildas wrote about the Anglo-Saxon invasion, the story was already being retold with nearly every detail the same except for the name of the hero. Now he was called Arthur.[3]

The next truly detailed version of the story was written about 200 years after Gildas died, and other than being a bit more grandiose, it’s almost word-for-word identical to Gildas’s story. The only difference is the hero’s name.

7 He Was Descended From Roman Emperors 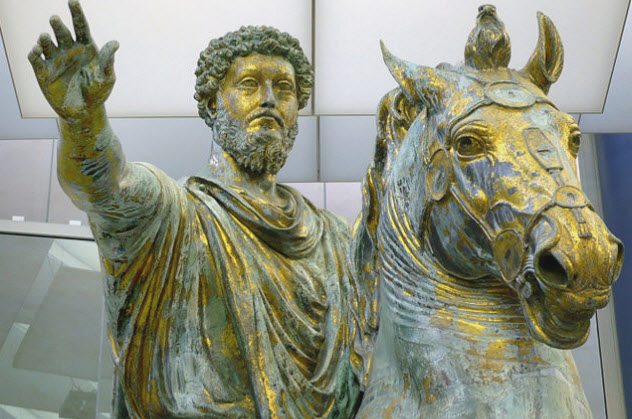 Arthur—or Aurelianus—might not have been a nobleman in Britain, but he came from a long line of important people. His parents, we’re told, “wore the purple”—meaning that they were emperors and consuls who once ruled over the Roman Empire.

There are different theories about the true identity of his parents. One theory is that his parents went under the name “Artorius,” which was one of the founding families of Rome. This would explain why people started calling him “Arthur.”

There’s another theory, though, that’s even wilder. Arthur, some people believe, may have been an Aurelii.[4] If that’s true, then that would make him a direct descendant of the Byzantine Emperor Arcadius and maybe even the Roman Emperors Commodus and Marcus Aurelius.

6 Camelot Was A Roman Legionary Base 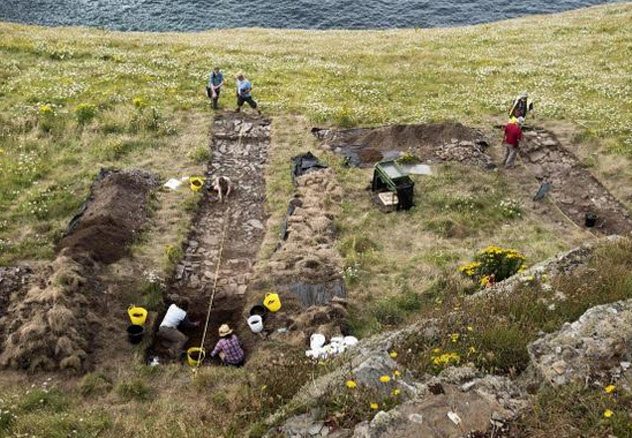 Just as Arthur wasn’t a British king, Camelot wasn’t some massive medieval castle with a Round Table inside. It was a little Roman fort inside the modern English town of Colchester—though, at the time, it was called Camulodunum.

Camulodunum, the first Roman town in Britain, was built in AD 40 by the Roman Emperor Claudius. It was a strategic outpost designed to help keep Britain under Roman rule, and Arthur probably never even set foot inside it.

Camelot wasn’t added to the legend of Arthur until 600 years after he died, when the French writer Chretien de Troyes tacked in on. At that time, Camulodunum was thought of as a lost, almost mythical city that symbolized the civility of Rome in the face of barbarism.[5]

So it’s believed that Chretien de Troyes slipped it into the myth under a slightly corrupted name. By the time the real Arthur was fighting the Anglo-Saxons, though, the real Camelot was probably already in ruins.

5 Even Arthur’s Dog Was Legendary 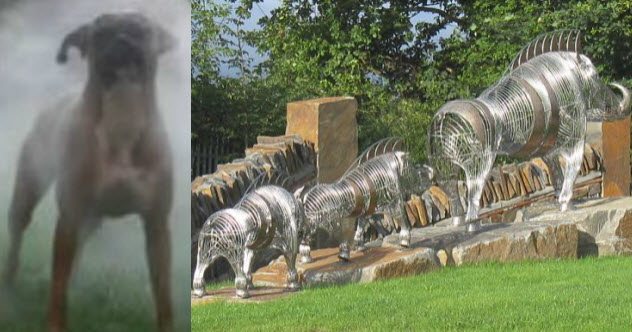 It’s odd what little bits of the story of the real Arthur have survived. For some reason, though, one of them is that he had a pet dog. Arthur was such a big deal to the Britons that even his dog got a legend of his own.

Arthur’s dog was named Cabal, and it died in a boar hunt.[6] It’s a simple enough life for a dog, but it didn’t take long before they’d built that story up with magic and mysticism. Within a few hundred years, there were stories that the boar who’d killed Cabal was a legendary monster of a beast called Troynt and that it hadn’t just killed Cabal. It had wiped out a huge part of Arthur’s army.

Arthur’s dog, the legend said, had left its paw print on a stone, and Arthur placed that stone on a small stone monument. You could pick up the stone and carry it away, they said, but by morning, it would have magically reappeared on Cabal’s grave.

4 Arthur Killed His Own Son 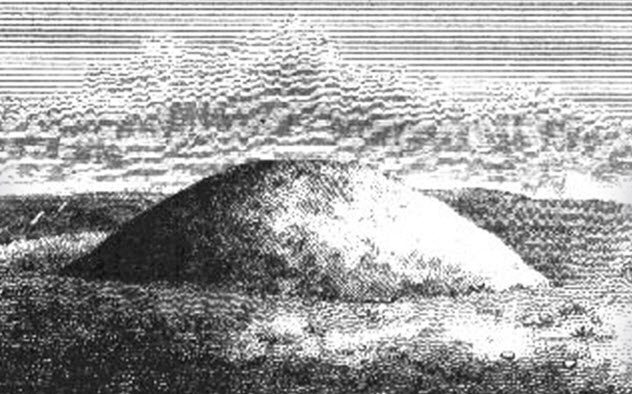 Not much is known about the historical Arthur’s children. We know that they existed and that they weren’t particularly popular. Gildas complained that Arthur’s descendants were “greatly inferior to their grandfather’s excellence.” And we know that, for some reason, Arthur killed one of his sons.

Arthur had a child named Amr, and he killed him. And we have no idea why. “He was the son of Arthur the soldier, and Arthur himself killed and buried him,” we are told, with no explanation whatsoever to follow.[7]

The story is mostly focused on his tomb, which, it claims, changes size every time you look at it. The author, Nennius, insists that Amr’s tomb really is magical: “I myself have put this to the test.”

But as fascinated as he is by the shape-shifting grave, he doesn’t get into any detail about Amr himself. All we know is that Arthur had a son, that he killed him, and that everyone in Britain seems to have felt that the world was better off without him.

3 He Probably Died Fighting Alongside Mordred 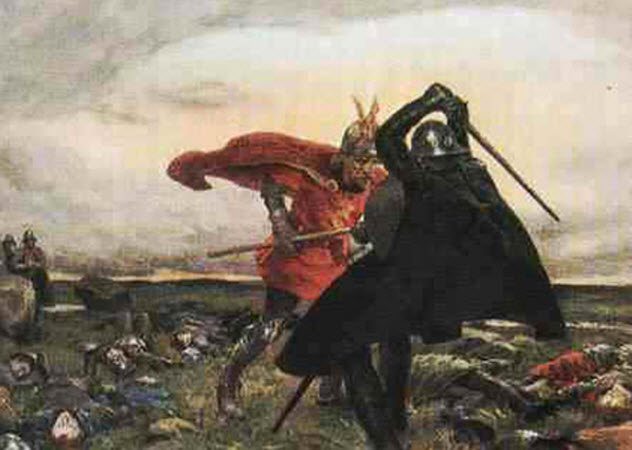 Which is pretty different from the historical version. The historical Arthur, it seems, met his end fighting in AD 537 in the Battle of Camlann, which is believed to be a fort on the Hadrian Wall. We’re told that he met his end alongside someone named Medraut.[8] But there’s no indication that they were related or that they were against each other. If anything, they seem to have been on the same side.

When the first legend of Arthur was written by Geoffrey of Monmouth, who turned Arthur into a king and paired him with Merlin, Medraut was turned into the traitorous Mordred. But the real story is almost the exact opposite. Instead of killing each other, the real Mordred and Arthur probably died fighting side by side.

2 The Anglo-Saxons Took Over After He Died 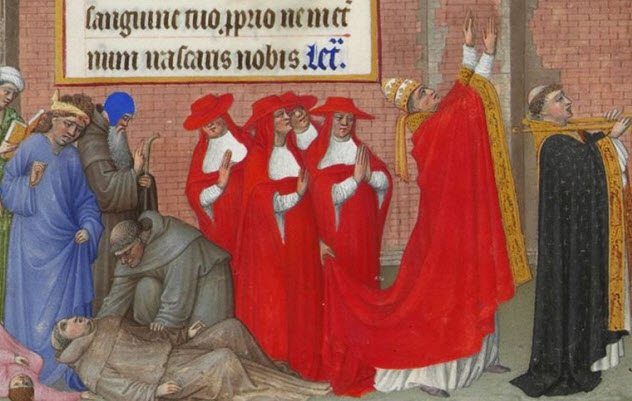 Arthur had been the only person who could fight off the Anglo-Saxons. After he died, everything went to hell.

In the last years of Arthur’s life, the Justinian Plague was starting to spread through Britain. This was one of the deadliest plagues in history, one almost exactly like the Black Death.[9] It wiped out an estimated 13 percent of the planet’s population.

A few years after Arthur died, the kings of Britain started dropping like flies. People were dying so quickly that, in some places, residents buried 70,000 plague victims in a single pit and still couldn’t fit in all of their dead. Shortly after, the Anglo-Saxons invaded again. This time, they made quick work of the weakened Britons.

It’s probably part of the reason that Arthur became such a legendary figure to the Britons. There were plenty of great warriors in their history. But he was the last ray of light before an incredibly dark time in British history—and so he was built up into something much bigger than he really was.

1 Arthur Was Dead Before Merlin Was Born 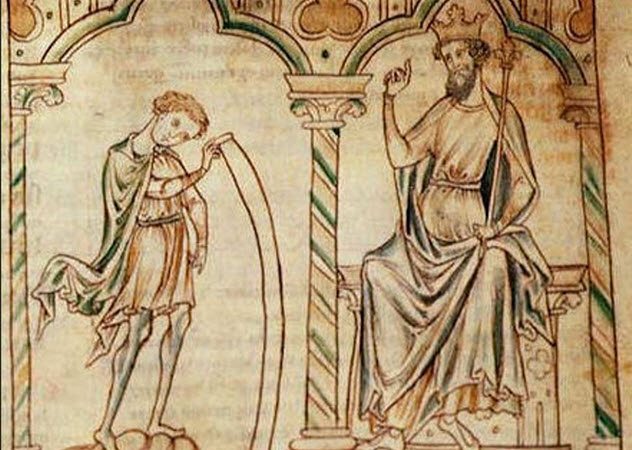 There was a historical Merlin, too. But he and Arthur never met. Mainly because Arthur was dead.

Merlin was tacked onto the story of Arthur by Geoffrey of Monmouth 600 years after they’d died, but Merlin wasn’t an entirely original invention. It’s believed that he was primarily based on the character of a Welsh folk hero named Myrddin. Like Arthur, Myrddin was probably a real person.[10] But was nothing like the pointy-hatted magician in the stories.

Myrddin was a bard who fought in the Battle of Arthuret in AD 573. That’s a real battle and a part of Welsh history, but it happened a good 35 years after Arthur died. As the story goes, the battle was incredibly brutal and gory. Myrddin lost touch with his sanity in the horrors of the fight.

There’s a good chance that part of the story really happened. But, like the tale of Arthur, Myrddin’s story got bigger and bigger as time went on. Soon, people started saying that he had fled into the forest and gained the ability to see into the future. Then he became the tutor of a man who was dead before Merlin was even born. When that happened, the story of Aurelianus became the legend of King Arthur.

Read about more myths and misconceptions about larger-than-life kings on 10 Fascinating Stories Of Mythological Kings and Top 10 Misconceptions About Henry VIII And His Court.