On April 10, 1912, RMS Titanic set sail on her maiden voyage from Southampton, calling at Cherbourg, France, and Queenstown, Ireland, but never made it to its final destination of New York, USA.

Tragically, the famous vessel collided with an iceberg at 11.40pm on April 14, which led to her sinking into the North Atlantic Ocean at 2.20am on April 15th, 1912. Consequently, more than 1,500 passengers and crew lost their lives and only 705 people survived.

Despite much of the world viewing the luxury liner as “unsinkable”, there were a handful of people who had visions about the maritime disaster. Read the 10 premonitions about the sinking of RMS Titanic. 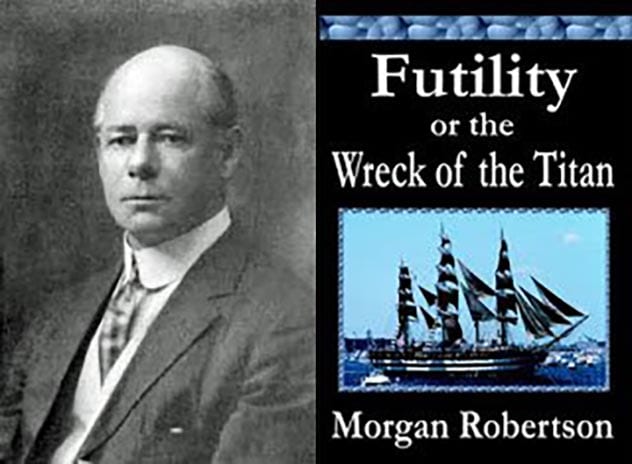 Futility was written by Morgan Robertson 14 years prior to the sinking of RMS Titanic. However, despite being steeped in fiction, the book’s plot eerily resembles the real maritime disaster in 1912. It tells the story of the largest luxury liner in the world, which is called Titan, which sank into the North Atlantic Ocean following a collision with an iceberg.

Morgan Robertson stated he did not possess any psychic abilities, as the novel was based on his knowledge of shipbuilding trends and understanding of the dangers of modern ships. Yet, the similarities are more than a little uncanny. After all, both the fictional and real liners were believed to be “practically unsinkable”, and they were both the same size at roughly 270 meters long, were capable of reaching speeds of 20 knots, and featured a barely legal number of lifeboats. What’s more, they both sank 400 nautical miles away from Newfoundland, Canada, on an April evening.[1] 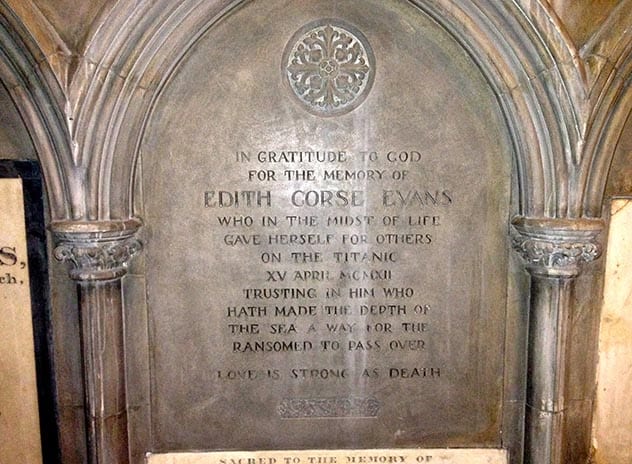 Edith Corse Evans was a first class passenger on RMS Titanic, who was returning to New York City following a trip to Europe to visit her cousins in Paris, France. She traveled alongside a group of sisters: Mrs John Murray Brown, Mrs E. D. Appleton and Mrs R. C. Cornell, who became acquainted with Colonel Archibald Gracie.

When Titanic struck an iceberg, men aboard the ship attempted to reassure the ladies that the vessel was unsinkable. However, Edith told Colonel Gracie that a fortune teller had once warned her to “beware of water” and she was convinced that there was truth behind the prophecy. Despite the warning, varying accounts stated Edith gave up her seat in a lifeboat for one of the sisters she was traveling with, as her friend had children waiting for her at home. She was one of four first-class female passengers to die in the disaster.[2] 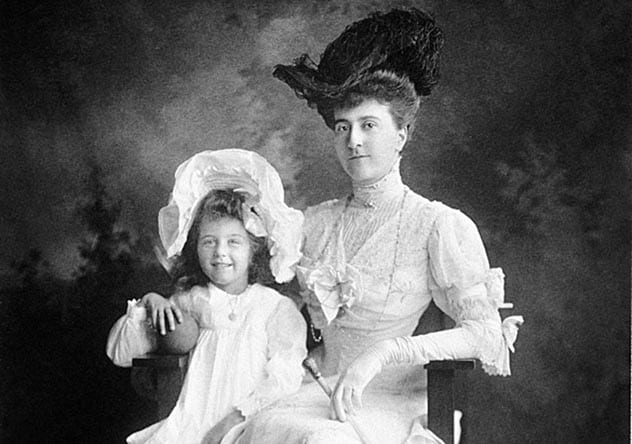 George Washington Vanderbilt II was a prominent member of the Vanderbilt family, who was traveling aboard RMS Titanic with his wife, Edith. The couple would often travel the world to adorn their home with antiques, Oriental carpets, tapestries and artwork.

Despite their footman, Edwin Charles Wheeler, loading their belongings onto RMS Titanic two days prior, as the couple had planned to travel in a first-class cabin, a family member warned them against doing so, stating: “… so many things can go wrong on a maiden voyage”. The Vanderbilts, therefore, rebooked onto Olympic, with Edwin choosing to travel aboard the ship with his employers’ belongings and sadly lost his life during the sinking.[3] 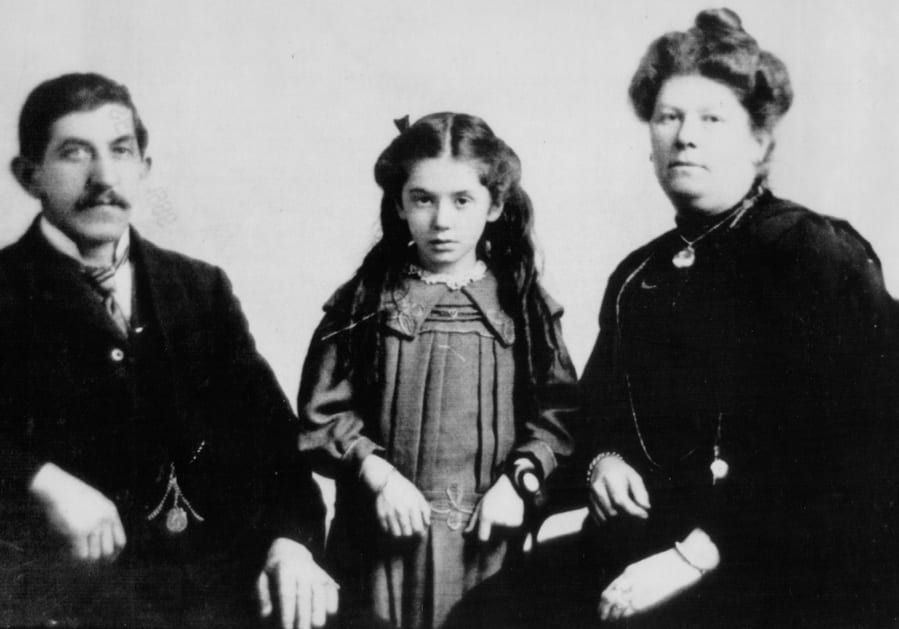 The Hart family were traveling aboard RMS Titanic as second class passengers, as they were planning to start a new life in Winnipeg, Canada. At the time of the maiden voyage, Eva Hart was only seven years old. Despite being so young, Eva’s memories of the tragedy never faded. It was her belief that a premonition by her mother, Esther, saved her life, as she believed deeming a ship unsinkable was “flying in the face of God”. In fact, Esther was so scared of the events that might unfold that she would sleep during the day to remain vigilant in her cabin at night. As she heard a bump, the family had a chance to quickly escape the ship. However, Eva’s father, Benjamin, refused to climb into a lifeboat to allow women and children to flee, and he gave his coat to his wife to keep his family warm.[4] 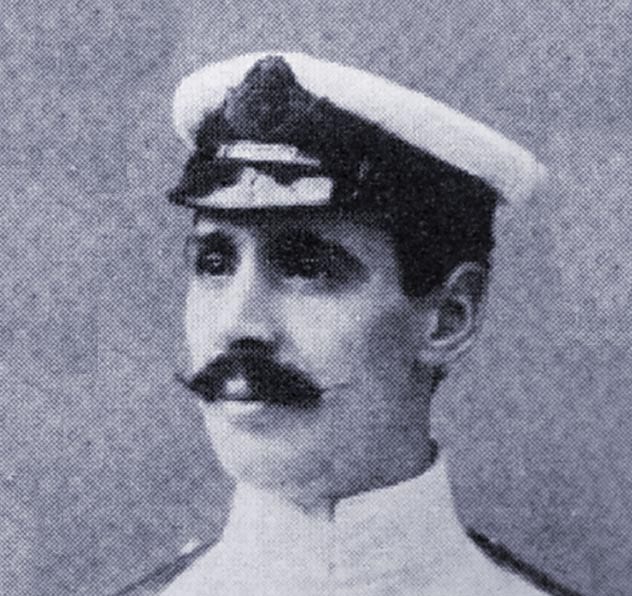 Jonathan Shepherd served as a junior second assistant engineer aboard RMS Titanic, and reportedly had unshakeable fears about joining the liner on her maiden voyage. However, he had reasons to worry, as he had been involved in a naval collision a year earlier, as he was onboard RMS Olympic in 1911 when she collided with HMS Hawke, a British warship.

His father was interviewed by the Northern Daily Telegraph weeks after the fateful night, and stated his son was “down in the dumps” prior to the voyage. When he asked his son: “What are you afraid of? Are you afraid of death?” Jonathan replied, “No, I’m not afraid of death, but I don’t want to go”. His father also stated: “My lad did not want to go on Titanic, he would rather have stopped on Olympic.”

On the fateful evening, Jonathan helped the ship’s engineers to rig pumps inside boiler room number five; however, a slip on a raised access plate led to him breaking his leg. While Frederick Barrett, the lead fireman, and Herbert Harvey, an engineer, helped Jonathan to the pump room, the bulkhead breached and he sadly drowned in the rising water.[5] 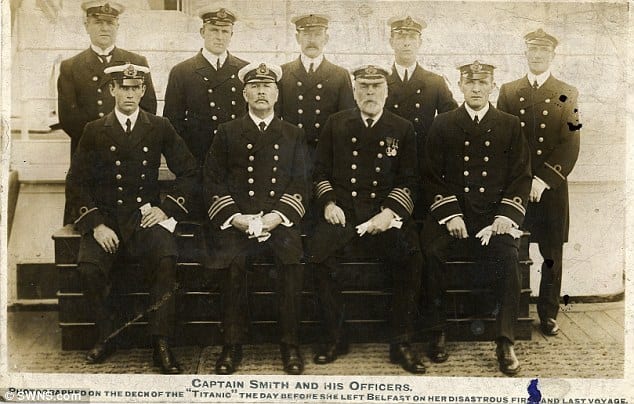 Henry Wilde was never supposed to serve on RMS Titanic, as he was originally posted as Chief Officer aboard RMS Olympic, Titanic’s sister ship. However, he was ordered to await instructions at Southampton for joining the luxury liner on her maiden voyage. He did, however, have some misgivings about the famous ship, as he posted a letter to his sister at the stop at Queenstown, Ireland, which read, “I still don’t like this ship… I have a queer feeling about it”.

When the liner collided with an iceberg at 11.40pm on April 14, 1912, Wilde reportedly worked tirelessly to load lifeboats. He also used a gun to prevent stockers from taking over a lifeboat, which allowed women and children to escape from the sinking liner. He was last spotted attempting to free collapsible A and B lifeboats from the roof of the officers’ quarters. He died during the sinking and, if discovered, his body was never identified.[6] 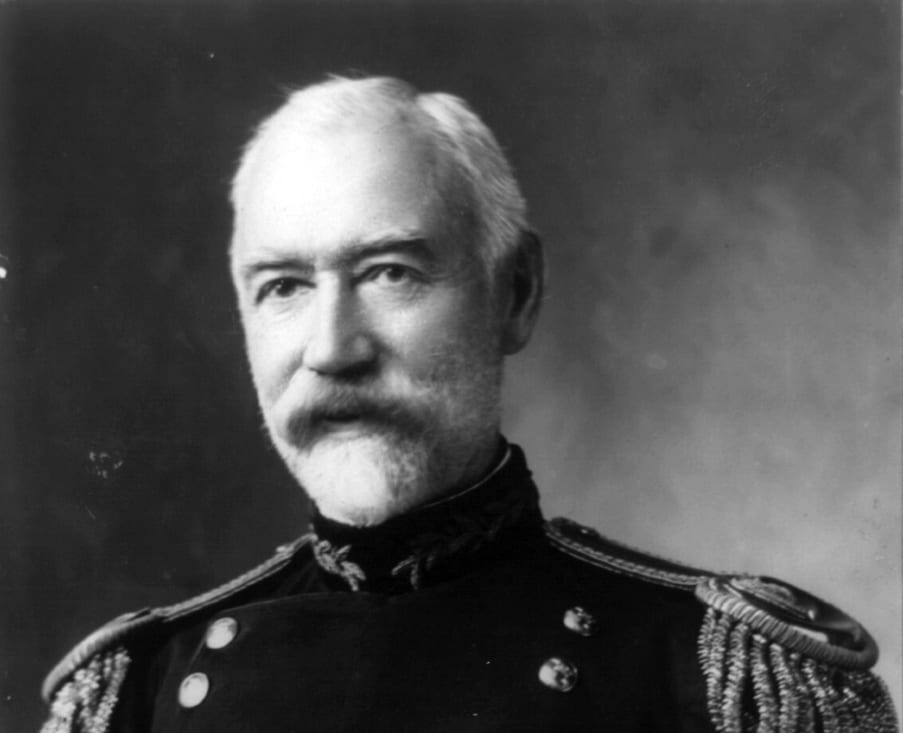 Despite boarding RMS Titanic at Southampton before it set sail, Alex Mackenzie heard a voice that warned him he would lose his life if he remained aboard the liner. The 24-year-old was walking along the gangway when a voice in his head warned him not to travel on the vessel; however, when he looked around, there was no-one present. Shaking off the warning, he continued walking only to hear it for a second and then third time, with each warning sounding stronger than the last. It was then that he decided to abandon the voyage and return to his hometown of Glasgow, Scotland.

The young Scot had received either a second or third class ticket from his grandparents. As he had wasted the expensive ticket, his family were less than pleased about his return; however, they were soon relieved at his decision when news of the disaster broke.[7]

A 23-year-old John Coffey joined RMS Titanic at Southampton, as he had signed onto the vessel to serve as either a stoker or a boiler-room fireman, which offered a salary of £5 per month. Despite being scheduled to complete a return crossing of the Atlantic, he chose to depart the liner during her stop at Queenstown, Ireland, which was his hometown.

He stated many weeks later that he chose to leave the ill-fated ship as he experienced a strange foreboding about the voyage. Despite his bold decision, Coffey continued with his maritime career, as he signed onto work on RMS Mauretania a few months after Titanic’s sinking.[8] 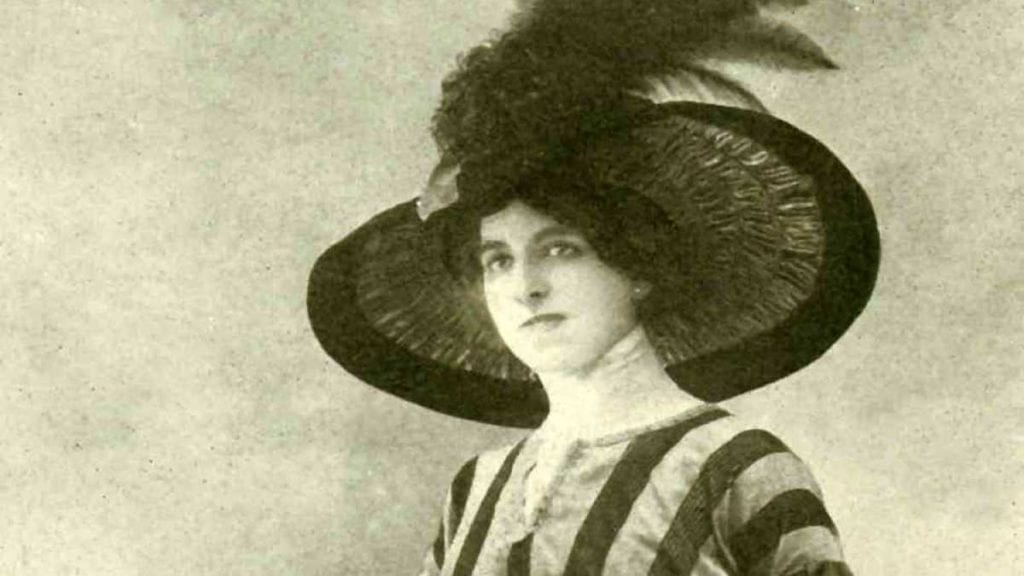 Edith Rosenbaum, also known as Edith Russell, was a 33-year-old first class passenger, who was traveling on RMS Titanic after reporting on fashion at Paris’ Easter Sunday Races. While she did state the liner was “the most wonderful boat you could think of”, she also posted a letter to her secretary from Queenstown, which read, “I’m going to take my very much needed rest on this trip, but I cannot get over my feeling of depression and premonition of trouble. How I wish it were over!”

After the ship struck an iceberg, Edith managed to escape in Lifeboat 11 with her small toy pig, and its music reportedly provided passengers with much comfort. She was safely rescued from the lifeboat four hours later, and traveled extensively throughout her life, surviving various tornadoes, car accidents and another shipwreck.[9] 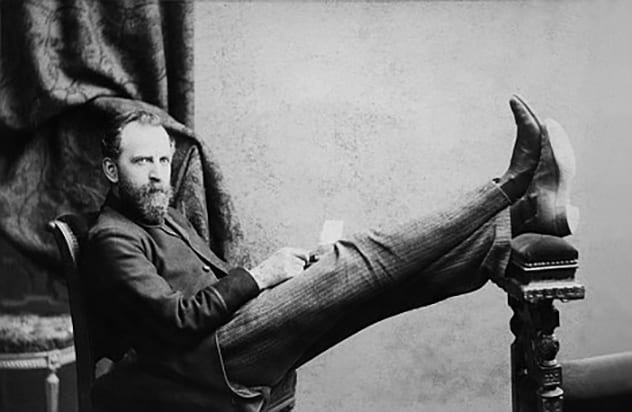 William T. Stead was an English newspaper editor, who was traveling to New York via RMS Titanic to address a conference at Carnegie Hall, which was at the request of President William Howard Taft. Despite joining the vessel as a first class passenger, Stead had seemingly predicted the ship’s end many years earlier, as he wrote a short piece of fiction called “How the Atlantic Mail Steamer Went Down” in 1886. It told the story of a transatlantic liner that had sunk when carrying 916 passengers. It also depicted a horrifying scene of people drowning due to a lack of lifeboats, which he believed could one day become a reality.[10]

For more lists like this, check out Top 10 Misconceptions About The Titanic Debunked, and 10 Lesser-Known Facts About the Titanic