The Scythians were a nomadic tribe that dominated the steppes for nearly five hundred years (From the 8th to approximately the 3rd Centuries BC). The Scythians spoke a tongue from the Northeastern Iranian language family. The Scythians were renowned for their ability to shoot their arrows with deadly accuracy from horseback. This talent astounded their neighbors, who referred to them as the “horse-bowmen.” The greatest amount of territory under Scythian influence extended west to east from Ukraine to an area of Siberia just above Mongolia. Scythians settled as far west as what is now modern-day Romania and Hungary and appeared in what is now modern-day Iran just as the Assyrians and Medes were battling for supremacy in the Near-East.

10
The Defeat of the Assyrians 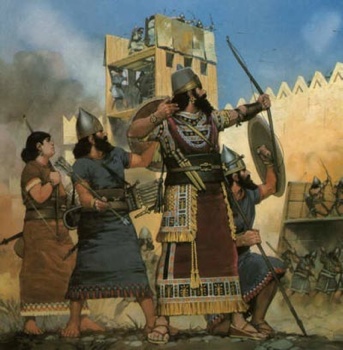 The Assyrians attempted to imitate the grandeur of the Babylonians, but their despotic rule was held together by the might of their army and the terror of their secret agents. The Scythians displaced and drove another steppe tribe, the Cimmerians, toward Assyrian territory. These Cimmerians created havoc for the Assyrian army, who had great difficulty reacting to the raids of these swiftly moving horsemen. The increasing encroachment of the Cimmerians weakened the Assyrians and provided their vassals with opportunity to rebel. Egypt expelled the Assyrians and regained it independence. Ashurbanipal, king of Assyria, panicked at his contracting frontiers and sacked Babylon and destroyed Susa in an attempt to terrorize his remaining peoples into submission. Meanwhile, in the wake of the Cimmerians, the Scythians were provided with increasingly tempting opportunities to raid Assyria. They surged into the Middle East, overwhelming the Assyrian infantry with their speed and firepower. The Babylonians and Medes formed an alliance, and with the mercenary aid of the Scythians, shattered the Assyrian Empire. 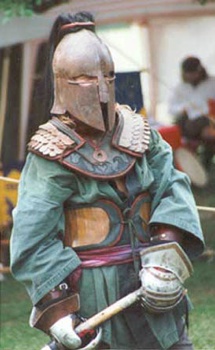 The full-bearded Scythians wore tall pointed caps, long coats clasped around their waists by a belt, and pants tucked into their boots. The wealthier warriors had iron scales sewn to leather as jackets, while the average Scythian relied on their round oblong wicker shields draped in leather for protection. 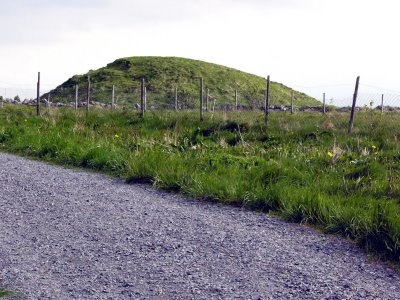 The Scythians’ culture may have disappeared long ago, but their burial mounds remain. These kurhans were built as repositories for the great Scythian chieftains and kings. Atop these strange mounds stood crudely carved stone figures, guarding the bodies and possessions of the deceased interned within. The largest of these kurhans are the height of a six-story building and are more than ninety metres across. The mounds were not just piles of dirt or refuse, but were actually layers of sod to provide grazing in the afterlife for the many horses buried along with the deceased.

7
Death of a great man 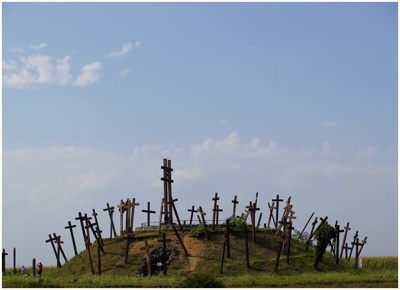 As mentioned in the previous item, the burial of Scythian nobility was quite elaborate. In one kurhan uncovered in 1898, archaeologists found 400 horses arrayed in a geometric pattern around the body of the slain warrior. It was not only horses who were slaughtered, but consorts and retainers also had the dubious honor of joining their lord in the afterlife. Herodotus reported that mourners would pierce their left hands with arrows, slash their arms, and cut off portions of their ears in demonstration of their sorrow. A year following the burial, 50 horses and 50 slaves were killed, gutted, stuffed, and impaled on posts around the kurhan. The horses stood upright, mounted by the dead slaves, ghastly sentinels guarding the tomb of their slain lord. 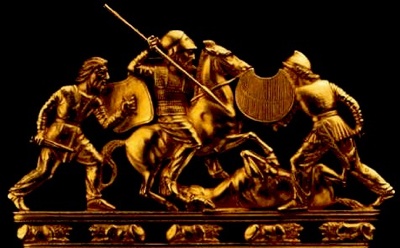 Before the Scythians can be dismissed as blood-thirsty barbarians, one really needs to see their elaborate golden artwork. Scythian gold came from the Altai district and from frequent raids on Greek and Persian cities. Gold was sewn into their garments in the form of plates, fashioned into belts, broaches, necklaces, torques, scabbards, helmets, earrings, and ornaments, and worked into their weapons. The Scythians had an eye for design, especially depictions of griffins, lions, wolves, stags, leopards, eagles and – the Scythians’ favourite motif – animals in deadly combat. The historian, William Montgomery McGovern, claimed, “From the mass of evidence now before us, it seems highly probably that this Scytho-Sarmatian animal style spread to all parts of the ancient world and had an important effect not only upon European art but upon the art of ancient China.” 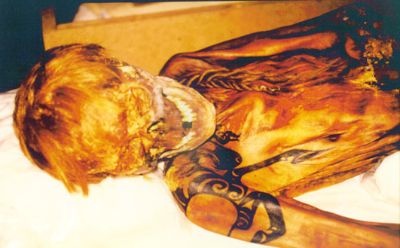 Herodotus testified that the Scythians wore tattoos as a sign of their nobility. A Scythian without tattoos showed that he was of low station. The existence of Scythian tattoos was confirmed in 1948, when a Russian archaeologist uncovered the frozen body of a Scythian chieftain. His tattoos included stylized images of a stag and a ram on his right arm, two griffins on his chest, and a fish on his right leg. These findings were seen by some experts as further evidence that fanciful Scythian depictions of wild animals had influenced the art of China, Persia, India, and Eastern Europe. 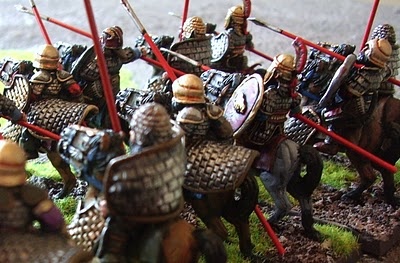 After battle, Scythian warriors would drink the blood of the first enemy he had killed. With the bloody taste still in his mouth, the Scythian would decapitate the corpses of his slain enemies to use as grisly vouchers in the distribution of booty. Only warriors who presented the heads of their slain enemies would receive their share from the chieftain or king. After receiving his share, a warrior would take the scalps from his collection of heads as a lurid inventory of martial prowess. The scalps were affixed to their bridles and clothing and even sewn into cloaks. The skulls of the strongest, most respected, enemies were cut, gilded with gold, and made into wine goblets. Scythians also used the skin from their victims’ limbs as covers for the quivers that hung on the right side of their belts. 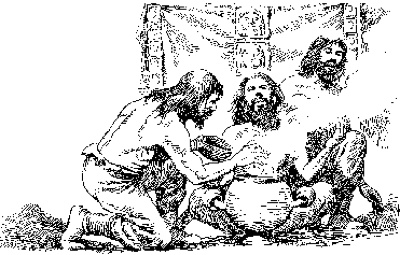 The Scythians were fond of marijuana and were responsible for bringing it from Central Asia to Egypt and Eastern Europe. In one Scythian grave, archaeologists found a skull with three small holes drilled into it – probably to ease swelling. Beside the skull, the archaeologists found a cache of marijuana, ostensibly to relieve the man’s headache in the next life. From Herodotus comes what is, in all likelihood, the most ancient description of hotboxing: “After the burial . . . they set up three poles leaning together to a point and cover them with woolen mats . . . They make a pit in the centre beneath the poles and throw red-hot stones into it . . . they take the seed of the hemp and creeping under the mats they throw it on the red-hot stones, and being thrown, it smolders and sends forth so much steam that no Greek vapour-bath could surpass it. The Scythians howl in their joy at the vapour-bath.” Herodotus relates the tale of a clash between Scythians and Amazons near the Sea of Azov. When the Scythians learned that their fierce opponents were, in fact, women, they sent their most virile warriors to woo, rather than war, these female warriors. Somehow, the Amazons were seduced by the charms of the wily Scythians. They were, however, unwilling to be the brides of their Scythian lovers, turning their nose up at the domestic role that Scythian wives were relegated to. Eventually, according to the tale, the two groups formed a joint tribe.
There is likely little truth to this tale, but archaeologists have recently found the remains of a number of well-armed Scythian women. In all likelihood, this means that Scythian society saw a place for female warriors. In 513 BC The Scythians were attacked by Darius the Great, who raised a force of 700,000 men to put an end to their bothersome raids into his territory. Taking advantage of the vast steppe, the Scythians merely retreated when the Persians advanced and advanced when the Persians retreated. The Scythian scouts milled about, striking from a distance if any of the Persians ever had the misfortune of breaking formation or exposing a flank. Herodotus reports that, at one point, both sides had drawn up battle lines when a loud whooping arose from among the Scythian warriors. The Scythian horsemen suddenly broke their battle line and galloped impulsively after a hare. “These fellows have a hearty contempt for us,” Darius is reported to have muttered to an aide. Running low on food and morale, Darius eventually withdrew his army.