Imagine hearing gruesome and chilling details about a serial killer who is on death row for the brutal murders of multiple women. Yet despite the staggering evidence stacked against these cold-blooded killers; these following women were all left undeterred by the violent accounts of their crimes.

Becoming infatuated with someone who has committed a serious crime, such as sexual assault or murder, is known as Hybristophilia. This is the reason behind the thousands of letters sent to serial killers from their female admirers each year. Sheila Isenberg, author of ‘Women Who Love Men Who Kill’, explained, “If the guy’s behind bars, it’s always exciting. It’s easier to get a date or get attention from (killers) than, say, Brad Pitt. Pitt is going to ignore your letter; he’s not going to boast about your letter—but this guy is.”

These extreme cases took their obsession one step further and actually married the convicted killer whilst he was still behind bars. 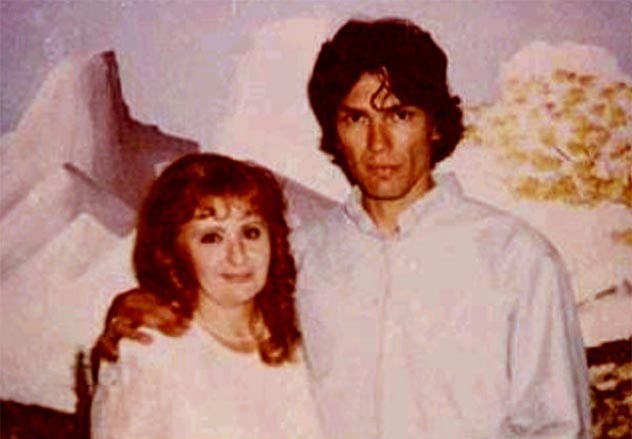 Richard ‘The Nightstalker’ Ramirez terrorized residents of Southern California and San Francisco in the mid-1980s. He was found guilty of 13 counts of murder, 5 attempted murders, 14 burglaries, and 11 sexual assaults. Yet, even on death row, he didn’t struggle to find a wife as a former magazine editor, Doreen Lioy, fell head over heels for the serial killer. Lioy sent Ramirez 75 letters over an 11-year period and they pair finally married in 1996 at California’s San Quentin State Prison.

Despite overwhelming evidence of his guilt—she always believed he was innocent. In 1997, she told CNN, “He’s kind, he’s funny, he’s charming. I just believe in him completely. In my opinion, there was far more evidence to convict O.J. Simpson, and we all know how that turned out.” She also claimed to live a “lonely lifestyle” as her family broke off contact with her following the announcement of the marriage. In 2013, Ramirez died of natural causes age 53-years-old.[1] 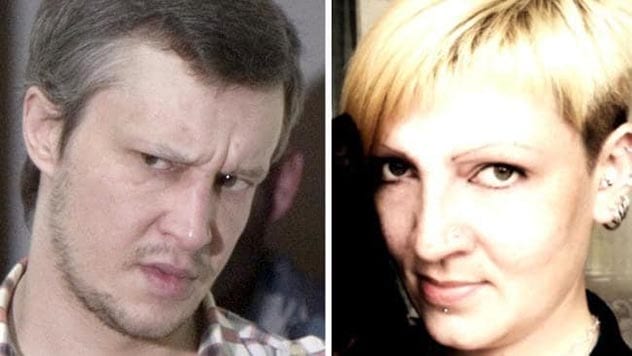 Russian serial killer Alexander Pichushkin became known as ‘The Chessboard Killer’ as his aim was to kill 64 people—the same number of squares on a chessboard. He is one of Russia’s worst serial killers ever to have existed; killing 48 known victims in the area of Southwest Moscow’s Bitsa Park.

However, this didn’t deter the 80 women who sent the serial killer letters in prison. One admirer, Natalya Pichushkin, wooed him so well that she received a marriage proposal. Natalya refers to the cold-blooded killer, who suffers from a narcissistic personality disorder, by his pet name ‘Sasha’. She recalls, “Sasha has created such a stir not only in our country but throughout the world. So, I was curious to know what he really is like. It turned out that he was not so bad as he is shown in media.”

The killer himself also revealed, “I proposed to (Natalya). It was spontaneous. She immediately agreed. Maybe if I were free, I would not have paid any attention to her but here she is ideal for me. I have been here since 2008 and I need her.”[2] 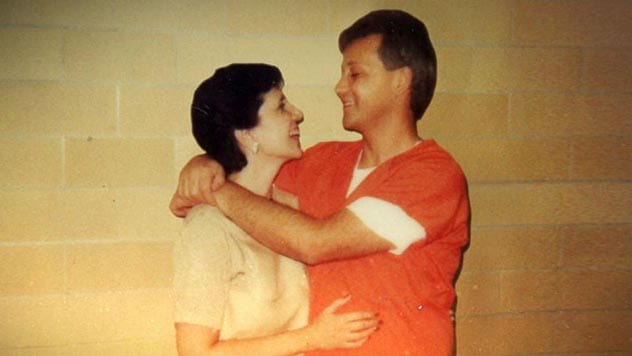 Oscar Ray Bolin brutally raped and murdered three young women in 1986. Sentenced to spend the rest of his life on Florida’s death row, it was revealed that he was a dangerous psychopath and also needed extra security considering he was an escape risk. Rosalie Martinez would visit the cold-blooded killer in prison where she was escorted by armed guards, revealing, “I felt like I was going in to see Hannibal Lector.”

Speaking of their first meeting, she said, “I felt an affinity for Mr. Bolin. He was in a 9-by-12-foot cell, with just a bed, desk and toilet. I felt his isolation, his confinement, his loneliness. It affected me. Because I felt the same way. And it left me breathless.”

In 1996, Martinez married Bolin as they read out their vows over speakerphone at her apartment whilst she wore a wedding dress and there was a framed photo of Bolin to compensate for his absence. Martinez always claimed her husband was innocent despite his many retrials and they remained married up until his death in 2016.[3] 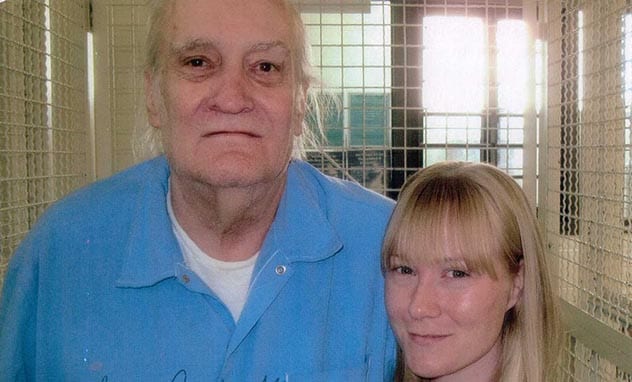 Phillip Carl Jablonski was convicted of brutally murdering five female victims between 1978 and 1991. Jablonski had proven he was a serious danger to women when he became violent during sex with his first wife and attempted to suffocate her with a pillow. In 1977, he met Linda Kimball and the couple had a daughter together. Then one evening, Jablonski went to the home of Kimball’s mother with the intention to rape her but couldn’t go through with it as he said: “All he could see was Linda’s face.”

The incident was not reported to the police but Kimball left him and returned to the apartment to collect items for her daughter. Her body was found beaten, stabbed and strangled. Jablonski was sentenced to 12 years behind bars for the murder.

During his sentence, Jablonski met Carol Spadoni who had responded to a lonely hearts ad for prisoners. The couple at first became pen pals and following his release, they moved in together. One year later, both Spadoni and her mother, Eva Petersen, were murdered by Jablonski. He is currently on death row.[4] 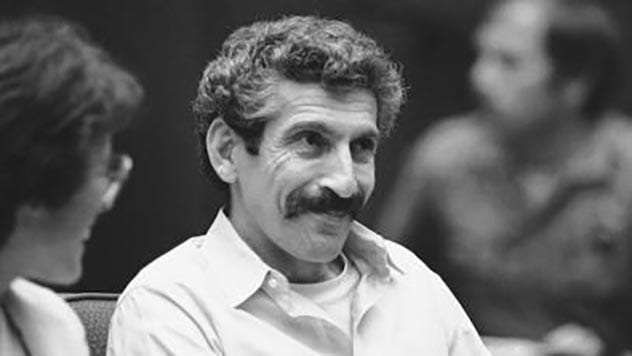 In the late 1970s, Angelo Buono Jr. and his adoptive cousin Kenneth Bianchi became known as ‘The Hillside Strangler‘ after they tortured and killed 10 females—one victim was only 12-years-old. Initially, investigators believed an individual serial killer was active. Bianchi eventually testified against Buono Jr. and the pair were sentenced to life in prison. A key prosecutor in the case said they are “two most vicious serial killers ever tried and convicted in Los Angeles County.”

In 1986, Buono Jr was allowed to marry Christine Kizuka in a small visiting room at Folsom Prison, California. The pair met when Kizuka was visiting her husband in the same prison then following their divorce; she struck up a relationship with the serial killer.

A close family friend revealed, “She is a very bright woman. She has a college degree and a teacher’s credential. I just don’t know why she made this move. I think he has brainwashed her to the point that he has made her believe he is not guilty.” In 2002, he died behind bars of a heart attack age 67-years-old.[5] 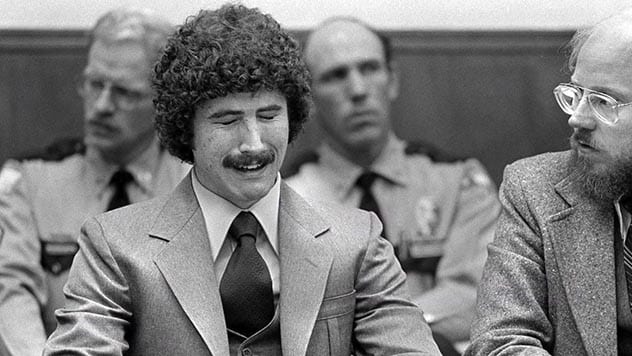 The other half of the serial killer duo that made up ‘The Hillside Strangler’ was Kenneth Bianchi who also married during his time serving a life sentence behind bars. In 1989, he donned a tuxedo and his wife-to-be, Shirlee Joyce Book, wore a white wedding gown as the pair exchanged vows at Washington State Penitentiary.

‘The Hillside Strangler’ became Bianchi’s known name in the media as many of the victims’ bodies were dumped on the hillsides in Los Angeles and Glendale. Yet Shirlee struck up a relationship with the serial killer after the two became pen pals. They spoke on the phone several times but had only met in person a day before they were married during the 15-minute ceremony. The pair also posed for pictures for the National Enquirer. Bianchi’s parents, two of Bianchi’s inmate friends and Book’s mother were witness to the wedding.[6]

The pair are still married today. 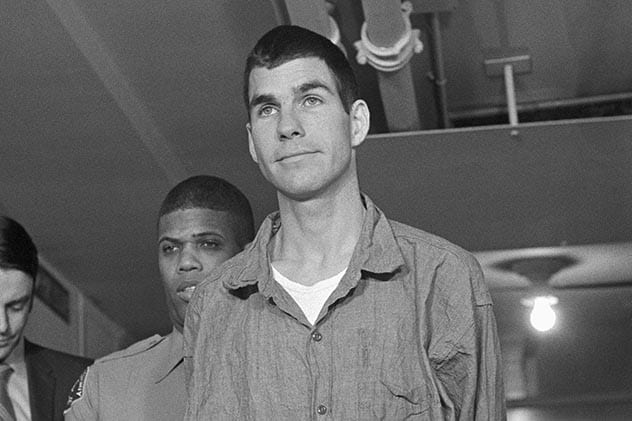 On a summer night in 1969, Tex Watson—alongside Susan Atkins, Linda Kasabian, and Patricia Krenwinkel—was instructed by cult leader Charles Manson to head to the home of pregnant actress Sharon Tate and kill everyone there. They murdered Tate; her unborn child; and four of her close friends. The following night, Tex also participated in the murder of Leno and Rosemary LaBianca.

Watson and the other followers were sentenced to death but their sentences were later commuted to life imprisonment when the death penalty was abolished in California. Behind bars, he married Kristin Joan Svege and the couple conceived four children during conjugal visits. In 1983, he became an ordained minister and operates a prison ministry with his wife ‘Abounding Love Ministries’ at Mule Creek State Prison in Northern California.

He was last denied parole in 2016. Los Angeles County Dist. Atty. Jackie Lacey stated, “These were some of the most horrific crimes in California history, and we believe he continues to exhibit a lack of remorse and remains a public safety risk.”[7] 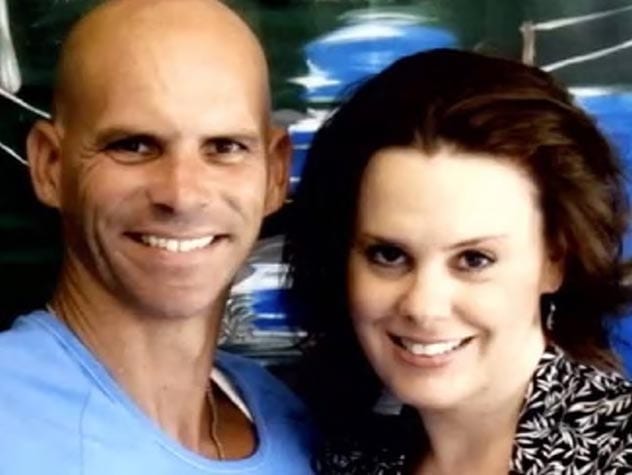 In August 1989, 21-year-old Lyle and 18-year-old Erik murdered their parents in cold blood at their million-dollar family home in Beverly Hills. They shot their father Jose ‘Joe’ Menendez and mother, Kitty, then went out to the movies with friends in order to secure an alibi.

According to their own defense, they had suffered years of abuse at the hands of their perfectionist father. However, the lavish spending spree using their executed parents’ money had eventually aroused suspicion and soon enough, Erik confessed to his psychologist, who reported the murders to the police. In 1996, the brothers were sentenced to life in prison with no possibility of parole.

Behind bars, Lyle married former model Anna Eriksson but they divorced when she discovered he had other female pen pals. Lyle then married his second wife, Rebecca Sneed, in the prison visiting area of Mule Creek State Prison.

Erik married Tammi Ruth Saccoman at Folsom State Prison where he was granted permission for conjugal visits. Speaking about the murders, Tammi said, “I do know the person Erik is. I do know what happened that night and I believe that within everybody, in certain circumstances, you will be able to kill somebody. But I do know Erik is a very good person.”[8] 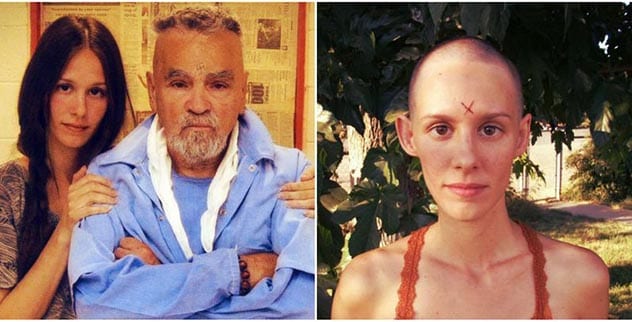 Charles Manson became known as The Face of Evil after the shocking and brutal Tate/LaBianca murders in the summer of 1969. Yet, for Afton Elaine Burton—who prefers to be called ‘Star’—she saw a different side to him and the pair were engaged.

She revealed, “I am going to marry Charlie Manson. I think he’s the most handsome man in the world.” Recalling the first time she saw Manson, she said, “I just thought he was the cutest thing. He probably asked me ten times if I wanted to get married.”

The couple was granted two visits a week at Central California prison but they had no permission for conjugal visits. Star also showed her commitment to the mass murderer who was 53 years her senior by shaving her head in the same fashion as his other female followers during his trial.

Manson’s and Burton’s marriage license expired shortly before his death in 2017. He died behind bars age 83-years-old.[9]

In the summer of 1974, Carol Anne Boone was working at Washington State Department of Emergency Services when she met Ted Bundy. In the book ‘The Only Living Witness: The True Story of Serial Sex Killer Ted Bundy’, Boone is quoted as saying: “I liked Ted immediately. We hit it off well. He certainly was more dignified and restrained than the more certifiable types around the office.”

Later, when Bundy was on trial for the brutal murders of more than 30 women; Boone stood by his side and the pair legally became husband and wife in 1980. During his trial for the murder of 12-year-old Kimberly Leach, Bundy found a legal loophole that allowed them both to be wed if the declaration was made in front of the judge. He announced his marriage in the courtroom.

In 1982, Boone continued to visit Bundy whilst he was on death row and they conceived a daughter named Rose together. It is believed the serial killer bribed guards in order for him to be allowed to spend time with Boone. On January 24th, 1989, Bundy was executed by electrocution at Florida State Prison and Boone disappeared into obscurity.[10]

For more lists like this, check out 10 Creepiest Letters Penned By Serial Killers, and 10 Creepily Inappropriate Day Jobs of Infamous Serial Killers.