Professional clowns are great. However, those who pretend or stray outside of the circus can sow fear. Wayward clowns have triggered violent brawls, car chases and appeared in creepy ways unannounced. They also make things awkward for managers—employees can now take comfort in a clown’s presence when called into the boss’s office to get fired.

See Also: Top 10 Clowns You Don’t Want To Mess With

10 They Really Lurk In The Woods 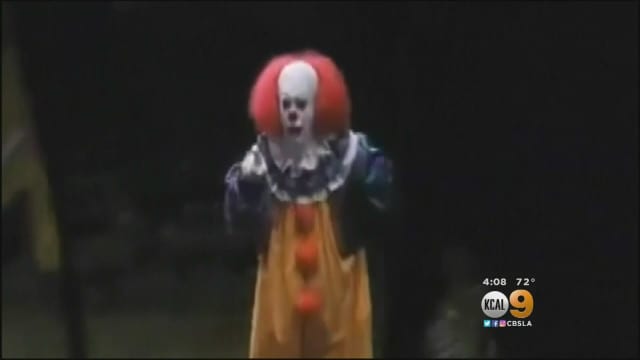 In 2016, the Great Clown Scare hit the United States. Reports started pouring in; civilians across several states insisted that clowns were trying to lure children into the woods. Photos appeared on Facebook showing the scary criminals leaning out behind trees or blatantly standing out in the open.

Undoubtedly, most of the stories and photos were fake. This was probably behind the zero-tolerance response to false claims and related actions. Among those arrested was an 11-year-old girl. She had brought a knife to school because she was afraid the clowns were going to get her. Some of the stories were not fake at all.

Residents from Middlesboro, in Kentucky, reported a clown traipsing in the woods. The police took the multiple sightings seriously and indeed, they nailed the creature when he started lurking behind trees near a building complex during the early hours of the morning.

Once unmasked, the 20-year-old Jonathan Martin was charged with violating a city law stating that nobody is allowed to wear facial concealment and cause public alarm. He posed for his mug shot in his clown suit.

9Clown Pranks Are Expensive And Deadly 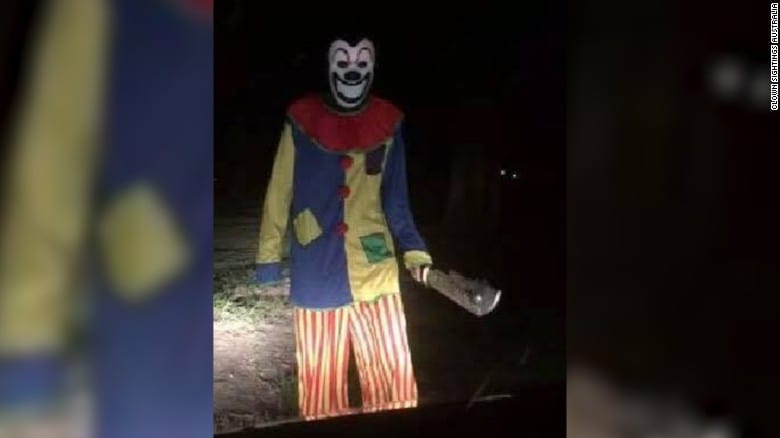 When the 2016 American clown scare reached the United Kingdom, it was not pretty. Apart from the usual paranoid sightings, real incidents scared the pants off the public. In Gloucester, six separate incidents saw somebody being followed by a knife-carrying clown. A group of schoolchildren walking in County Durham was traumatized when a clown jumped at them wielding a blade. Several clowns chased a boy in Suffolk.

The police treat all clown-related reports as a grade one emergency, meaning officers must respond to every sighting and incident. The growing number of clown pranks is not just scaring the public who is already on edge from sex offenders, muggers, and violent criminals. Visiting each scene could cost lives. Somebody in real danger could die because the police are elsewhere searching for a clown. Needless to say, clown-hunting also wastes the department’s fuel, time and resources. 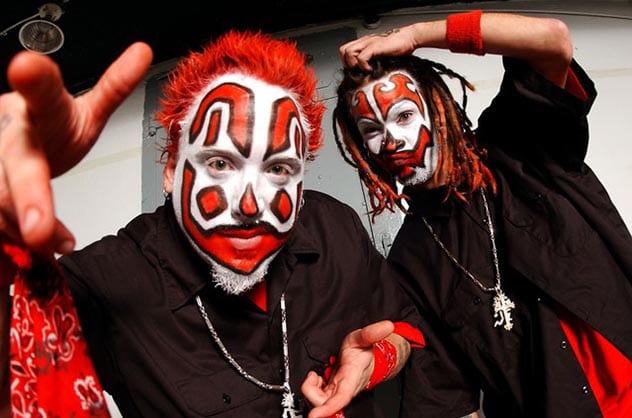 Insane Clown Posse is a band with die-hard fans. They call themselves Juggalo and paint their faces like clowns. To be fair, nobody is running around with rainbow curls and red noses. Think more along the lines of goth-looking entertainers. Indeed, a Juggalo’s face paint is done in a certain way—and that is a problem for facial recognition systems.

These systems are increasingly used across the world. Big Tech knows your face and where you go. Lovely. Should you desire anonymity, smearing paint across your face in a Juggalo pattern might help. Apparently, one of their trademarks messes with the system’s ability to recognize faces and that is the dark line beneath a Juggalo’s bottom lip. This smudge tricks the technology into thinking that the jaw is more retracted than it really is.

Besides following innocent people and invading privacy, facial recognition systems are saving lives. They catch terrorists before they can detonate bombs. They find children tagged with an Amber Alert. In this sense, criminals can exploit the software’s weakness by using clown makeup to conceal their identity.

7 They Infiltrated The Police 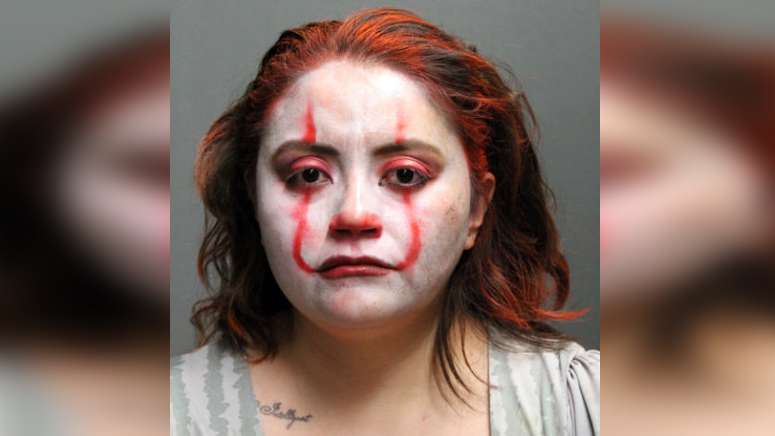 By day, Karina Salgado is a police officer in Chicago. But on a dark Halloween night in 2019, she turned into a clown. An intoxicated one. The off-duty cop decided to visit another alcoholic establishment and meandered up to a Lakeview East bar. That was when the trouble started.

The staff was not chuffed with the idea of allowing a tipsy clown inside. When told that she was not allowed to enter, the 30-year-old became so disruptive that the police were called. They arrived at 1:20 in the morning to find their colleague in full uniform—and not the blue kind—still demanding to be let inside the bar.

When the cops tried to reason with Salgado, she took a drunken swing at one of them. Unfortunately for her, the slap connected. After hitting her fellow crime-fighter in the face, she was arrested for battery, criminal trespass and obstructing an officer. After an internal investigation, Salgado was reassigned to a desk job, dealing with the public over the phone and, for obvious reasons, not in person.

6 They Infiltrate Our Beds 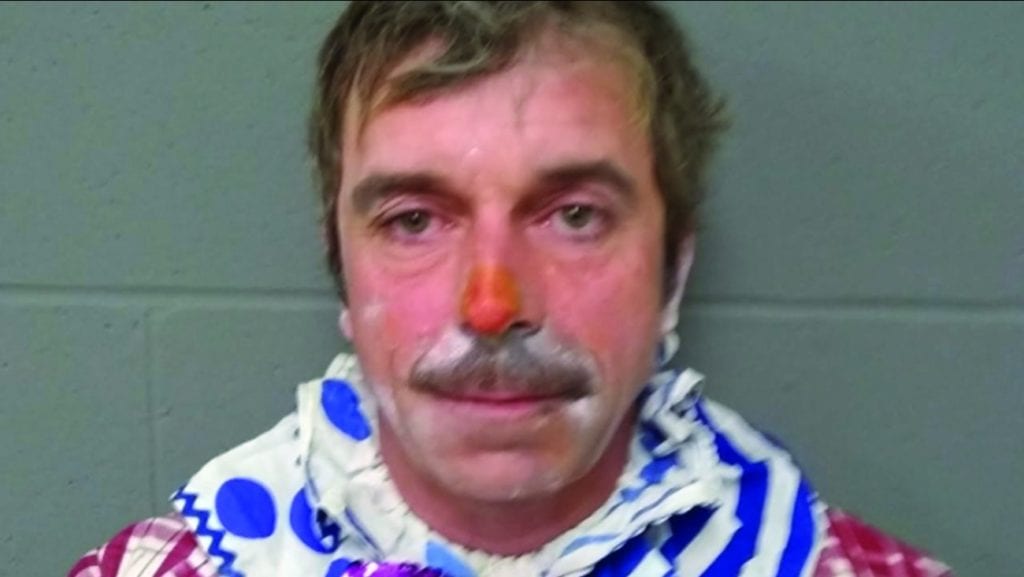 Imagine coming home and there is a clown in your bed. Not a clown doll that you left there but a living person. This person is not your husband, wife or another family member. Just a freaking clown sleeping in your bed. This was the scenario that shocked the socks off a teenager in 2017.

The unnamed teenager arrived home in Marlboro, in Vermont. He was spooked to find a clown passed out in an upstairs bedroom. He called 911 and explained the situation. The police had no difficulty arresting the clown, which turned out to be 43-year-old Sean Barber. Apart from having broken into the home and taking a fancy to one of the family’s beds, the clown was also intoxicated. In an even better example to kids everywhere who love clowns, the police found cocaine in his colorful suit.

Barber was allowed to dry out in a correctional facility before being charged with drug possession and trespassing.

5 They Cause Mass Brawls

When the cruise ship Britannia left to visit Norway’s fjords, the plan was to provide a lot of fun for the holidaymakers. Instead, what they got was an aggressive clown at the buffet table. He was also a passenger and whilst suited up in clown gear, triggered trouble at two in the morning inside one of the ship’s restaurants.

By the time the security got there, the fight was in full swing. Described as a “mass brawl,” several people were embroiled in the altercation and staff was also in the thick of things. However, the crew was desperately trying to separate the highly-intoxicated participants. Passengers used plates and furniture as weapons while the rest of the patrons fled in fear. When the dust settled, three women and three men had sustained serious injuries. There was blood everywhere.

The violence was fueled by alcohol and one man’s unhappiness at seeing a clown. Apparently, he had specifically paid for a cruise that did not allow fancy dress. The situation escalated quickly and groups attacked each other. When the ship docked, the Hampshire police were waiting with handcuffs.

4They Lead Police On Slow-Speed Chases 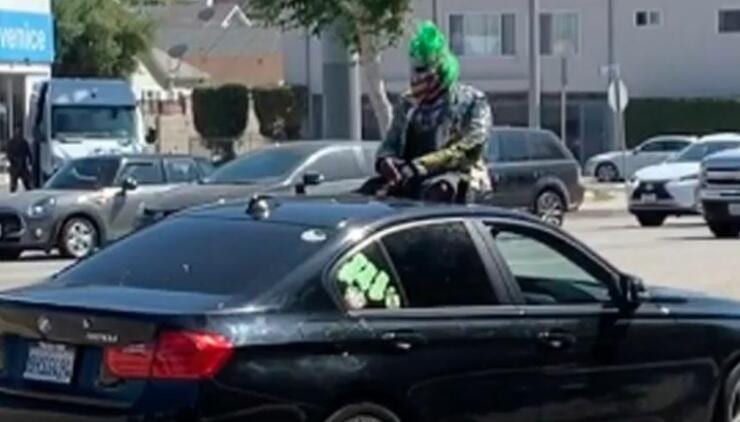 Everybody secretly loves watching a real high-speed chase on the news. Trust clowns to mess that up. In 2019, a man wearing a wig and mask led authorities on a slow chase through Los Angeles for nearly 56 kilometers (35 miles).

The authorities were alerted to a clown behaving recklessly and soon they were on his tail. While his accomplice drove (perhaps we should blame her), the clown stood up through the sunroof. There were moments when he actually sat with his feet on the roof of the black sedan, no doubt alarming the police behind him. The officers followed the speed-limit-minding pair while suffering the indignity of being shown gestures that some interpreted as mocking. You know, the clown shrugged at the cops, like “Sigh. Things like this happen, what can you do?”

The California Highway Patrol did do something. They doggedly followed the car and chased the clown when he jumped out near Venice Beach and started running. As expected, when the police caught up to him, things were not exactly normal. Far from being aggressive or afraid, the clown was busy burying a beachgoer in the sand (the beachgoer was okay with it). His motive for causing the chase remains unknown.

3 Clowns On The Run 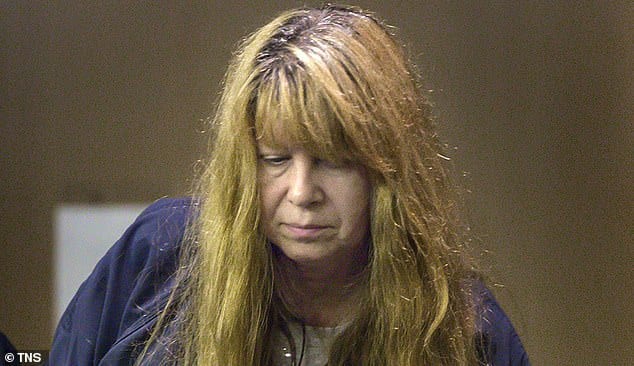 In 1990, Marlene Warren made the mistake of opening her front door. Inherently, there was no real reason to be cautious. She lived in a small Florida community without a festering criminal element. And standing at her door was a fun-looking clown holding balloons. One balloon showed the image of Snow White and the other proclaimed “You’re The Greatest!”

The clown shot her in the face. Warren died two days later and for nearly thirty years, her killer was on the run. From the start, the police suspected that the individual, who wore an orange wig and a red nose, did not run very far. In fact, they were almost convinced that it was a woman named Sheila Keen. Not only did Keen live in the same town but she also later married the victim’s husband.

The problem was a lack of evidence. In 2017, however, DNA traces were sufficient to arrest Keen. Officials could not prove that the victim’s husband was involved in her murder but there was plenty of motive. Marlene’s life insurance was a King’s ransom and her death gave him sole rights to valuable property. By this time, Michael Warren was already in prison for an unrelated offense, but he appeared to have had an affair with the killer clown who then took matters into her own hands, murdering Marlene to enrich Warren as a wealthy future hubby. 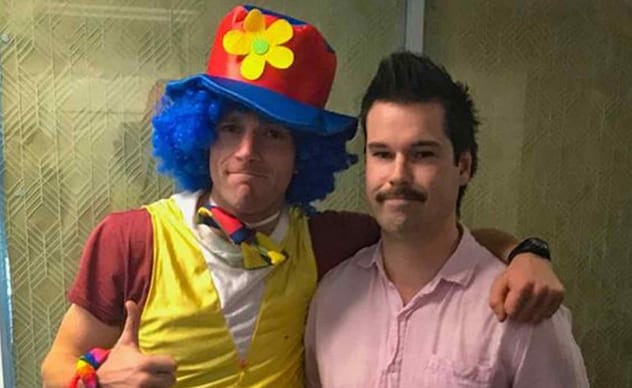 Individuals with anxiety problems sometimes find comfort in support animals. The movement is gaining worldwide recognition for its positive benefits and also for the often weird choice of constant companion (think peacocks and miniature horses). One man took strange support animals to a whole new level.

Some managers have a hard enough time laying a person off to their face. In 2019, a New Zealand man made the difficult moment even more awkward. Knowing that his company was canning most of the staff, including himself, he brought his support clown to help him through the rough meeting.

Whoever spoke to the unnamed staffer and explained why the company was letting him go also had to deal with the clown sitting nearby, prolifically making balloon animals. Worse, when the redundancy paperwork was given to the employee, the clown mimed sadness and weeping. Seriously. Awkward. 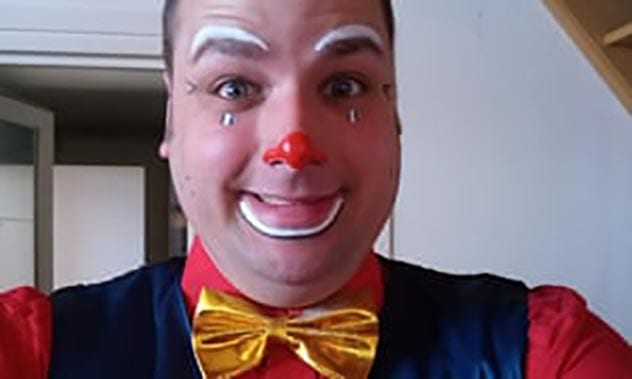 As far as clown dreams go, Kevin Lapeire had it all. He was a star in the reality TV show “Belgium’s Got Talent.” The 31-year-old also won awards as the best clown in Belgium, the Netherlands, and Luxembourg. He kindly entertained sick kids in hospitals as “Doctor Aspirin.”

Doctor Asprin hated his girlfriend’s kids. The three teenagers did not get along with him and this fact led to the couple’s breakup. Since the separation was her idea, Lapeire felt that some revenge was in order. He convinced another clown, “Dietwin the Yodeller,” (real name Dietwin Haegeman) to help murder his ex-girlfriend. To add more cruelty to the deed, they waited until Mother’s Day.

On that fateful day in 2018, the two men took the children hostage in their home. Aged between 12 and 17, they were terrorized for hours before being forced to watch Lapeire and Haegeman stab their mother to death. The yodeling clown was arrested without fanfare, but Lapeire was a different fish. He shot at police from a building’s rooftop, threw gas canisters and pretended to surrendered several times before he finally did.

For more lists like this take a look at 10 Psychological Reasons Why People Are Afraid Of Clowns, and 10 Historical Clowns That Helped Make Clowns Terrifying.