Oxford University is one of the greatest universities in the world, topping the world rankings in 2017, 2018, 2019 and 2020.[1] It’s also one of the most popular: the university receives five applications for every place.

Despite its fame, however, many of us don’t really know how the university works. Its history, traditions and achievements are still a mystery, and some of the things we widely believe about Oxford are actually false. Prepare to be enlightened: today we’re going on a crash course of Oxford facts. 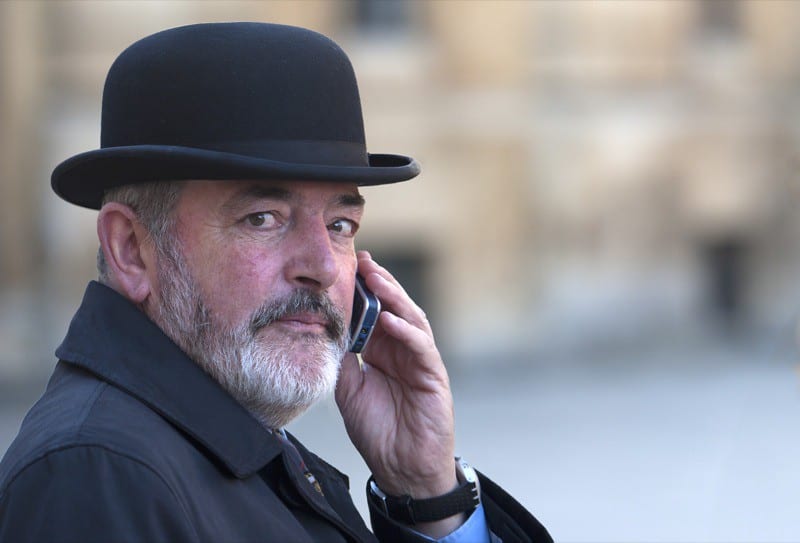 Until recently, crime at Oxford was handled by the uni’s own police force. These officers, lovingly known as Bulldogs, were set up in 1829. This made them one of the oldest police forces in the UK.

They didn’t just police the university: they also looked after students in a parental way. Before the 1940s, they actually had legal power over the students similar to a parent or guardian.

In 2003, this unique Oxford quirk was torn down after a member of the public complained. The uni decided it would cost too much to train them to modern standards and they lost their police status.

They didn’t disappear, though. They’re now known as Proctors’ Officers and still manage student discipline, but they can no longer arrest people.[2]

9 No Fire in the Bodleian Library 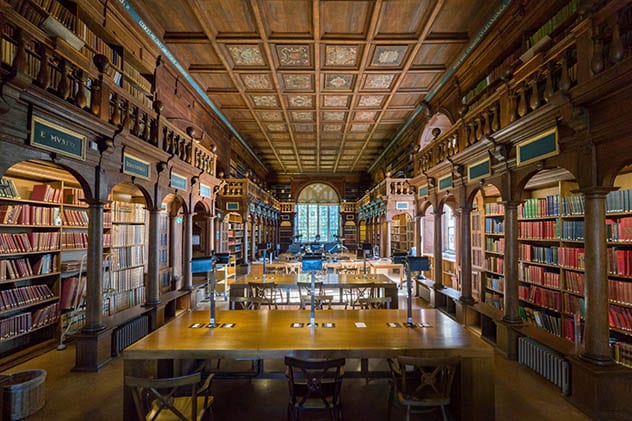 Oxford has over a hundred libraries, but the most famous is the Bodleian library. Established in 1602, it is one of the oldest libraries in Europe. As such, it comes with its own range of weird traditions.

The most important is the Bodleian Library declaration—which all people must agree to before they can enter. Traditionally it had to be spoken out loud, but today students can choose to sign a letter instead. People who aren’t members of the uni are still required to say the declaration out loud, and Oxford has translated it into over a hundred languages to allow visitors to speak it in their native tongue.

All visitors must promise not to damage or take any of the books, not to smoke, not to break any library rules, and “not to bring into the library or kindle therein any fire or flame.” We can easily avoid this today because of electric lighting, but this must have caused scholars much pain in the past, when the only source of light available was a lantern or candle![3]

8 ‘Soccer’ was invented at Oxford 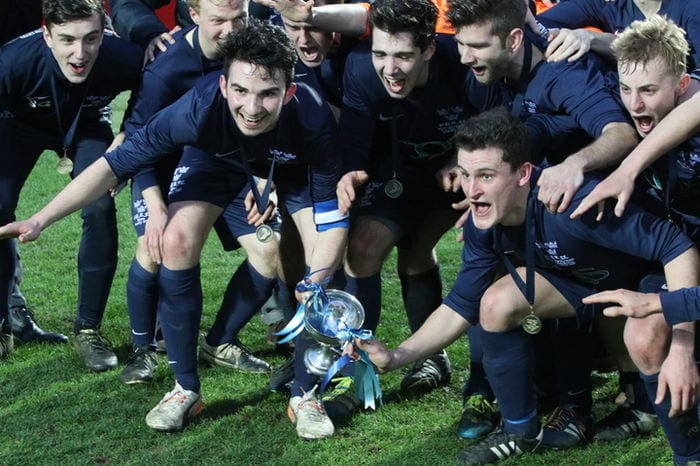 Association football is the most popular sport on Earth, played by over 200 million players. It was named in the 1860s in an effort to distinguish it from the many types of football played at the time. It is still known as ‘football’ in most of the English-speaking world, but the term ‘soccer’ is popular in America so it isn’t confused with American Football. Because of this, most people assume the word ‘soccer’ is an Americanism. This isn’t true.

In Victorian times, students at Oxford began applying ‘er’ to the ends of words to make slang terms—like rugger for rugby, brekker for breakfast and bonner for bonfire. To them, Association Football was either footer or soccer. These slang terms spread across the country and eventually across the world as the sport grew in popularity. Players in America started using the Oxford slang—though we aren’t sure why.

Today, Brits hate the word ‘soccer’ because they think it’s a Yank thing, but the word actually comes from Oxford![4]

7 Not the oldest university press 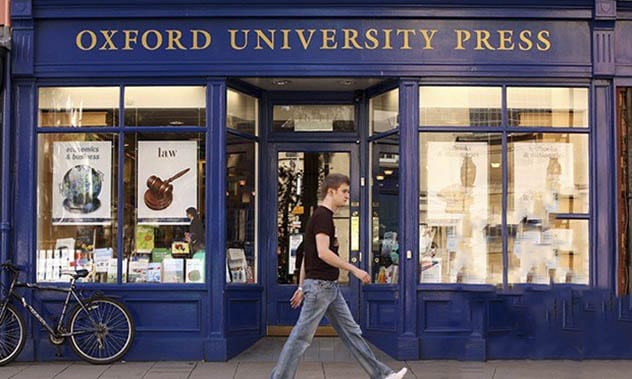 There are lots of university presses, but none are as big or as famous as Oxford University Press. The Press, which is run by 15 academics chosen by the vice-chancellor (no businessmen involved), employs thousands of people and sells books across the globe. It has offices in over fifty countries: its first office outside the UK was built in New York at the end of the 1800s. Needless to say, it is the biggest university press in the world, and undoubtedly one of the most well-known.

But despite common belief, it is not the oldest. That title goes to Cambridge University Press, though people still argue about it. Oxford printed its first book in 1478—only a couple of years after the printing press arrived in England. This beat Cambridge by decades: however, Oxford didn’t fully commit to publishing and printing there was on and off. It received royal assent in 1586—much later than Cambridge, which got it in 1534.[5]

6 Not the oldest university in the world 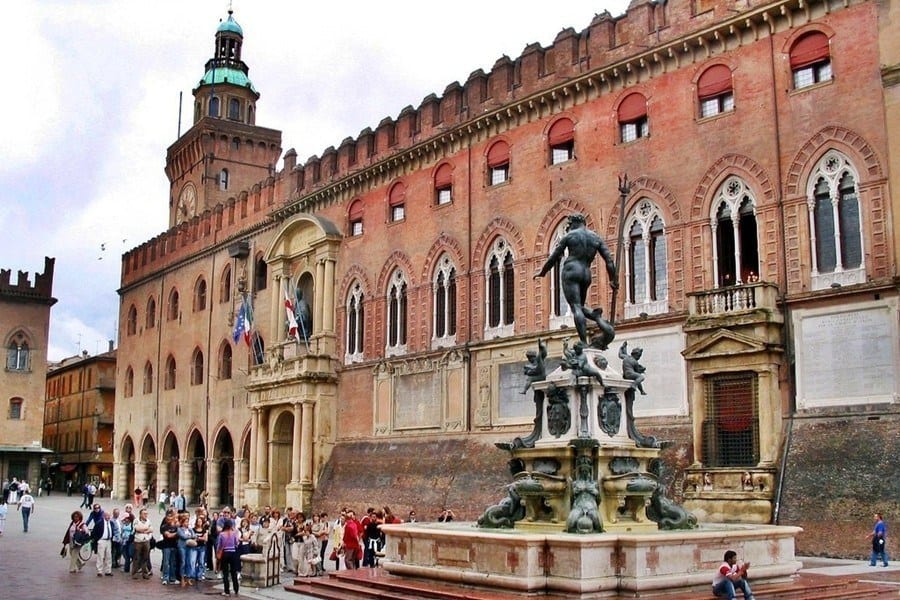 Another misconception: Oxford is famous for being the oldest uni in the world. It’s one of the things that draws would-be students from places all over the world, especially from pedigree families: the chance to study in the place where it all started. The most legitimate, authentic qualification you can get—recognition from the world’s oldest institute of learning. Except it’s not true.

Oxford is the 2nd oldest university in the world—so it’s not far off. The actual oldest university is not very well-known: it’s the University of Bologna in Italy (pictured). It was also the first place to use the word universitas to refer to its students and teachers![6] 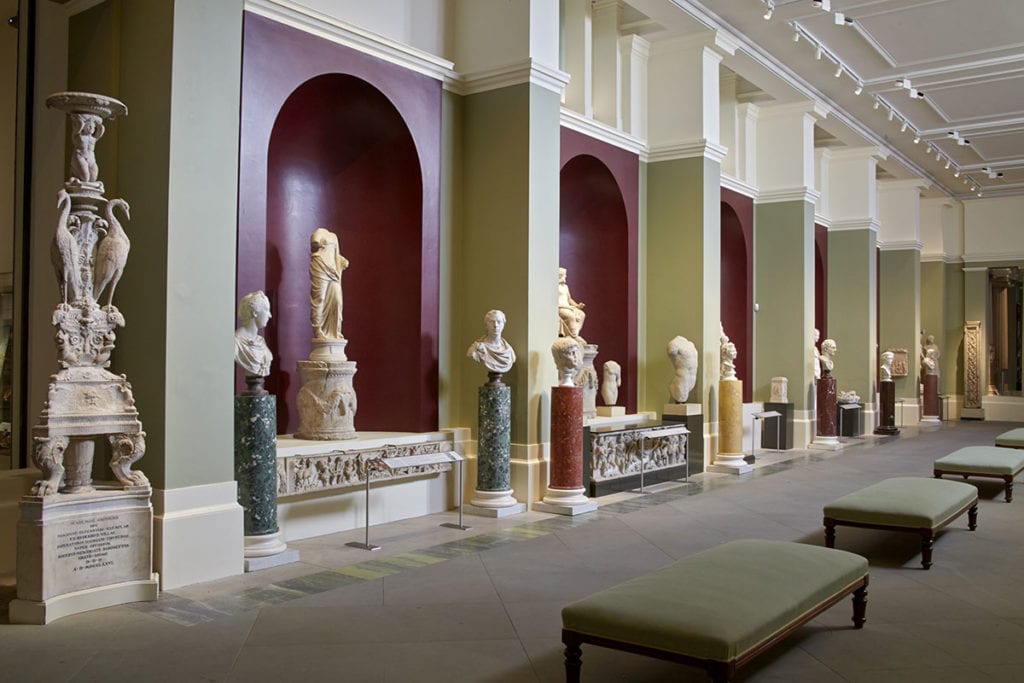 The model for every modern museum comes from one: Oxford’s Ashmolean Museum, which was built in 1683.

It was the work of a great Enlightenment thinker, Elias Ashmole, who donated his large collection of artifacts, books and other important objects—including the world’s first identified dinosaur bone—to the museum just a few years before. It took 26 large chests to transfer it all from London to Oxford. It became the world’s first public museum.

He drafted the 18 statutes which decided how the museum should be run, including promises to hold an annual audit, cataloguing all objects and having a board of governors to run things. These statutes laid the foundation for how modern museums are run around the world.

For Ashmole himself, however, it seems his experiment was a little bit disappointing. Just three years later, he resigned his position at the museum because he wasn’t happy with his salary.[7] 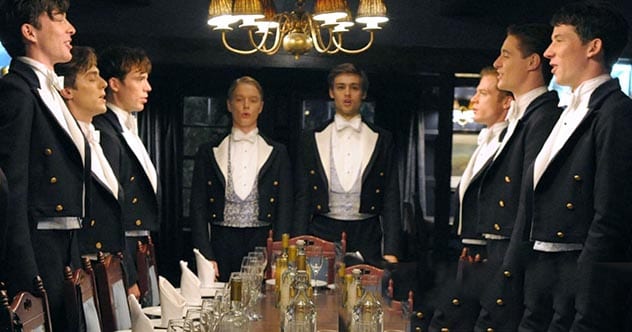 Oxford is one of the few universities where ‘formal’ dinners still take place. Back in the day, there were very strict rules about what you should or shouldn’t do at the dinner table: talking about religion or politics was one, while pronouncing the Latin grace wrong was another. If you fell foul of the rules, you were sconced, which back then was a simple fine—you had to hand over some money. But somewhere along the line, it transformed from a fine into an altogether more unusual punishment—you had to down your drink.

Nowadays, every Oxford college has slightly different sconcing rules—and some don’t do it at all. Some require you to drink the booze from your shoe, others from someone else’s shoe (though for most, a simple glass will do). Today, the sconce isn’t really used as a punishment—it’s more of a posh version of ‘have you ever’. Someone will stand up and say: ‘I sconce anyone who has ever done this’, and the guilty diners have to stand up and down their drinks. A weird tradition, but mostly harmless![8] 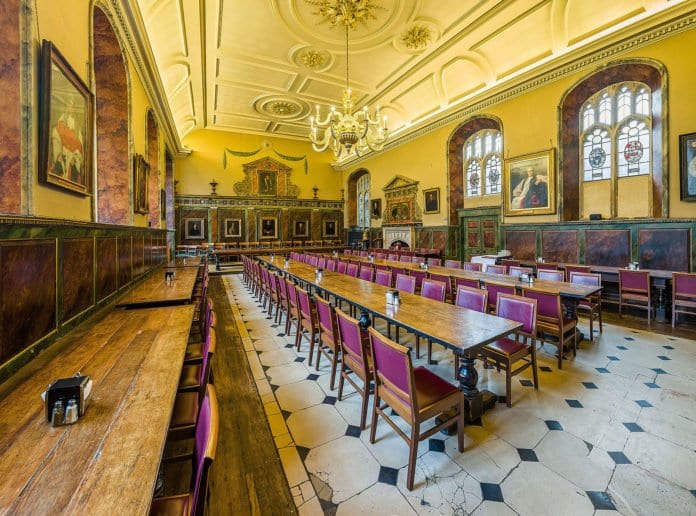 Oxford is a place of tradition, and traditionally, the students ate on a physically lower table than the professors and other academics. These days, these events don’t have the weight and importance they once had—there were strict rules about how to behave at these dinners, whereas now even at formal dinners, it doesn’t much matter what academics wear beneath their official robes.

Different colleges have their own traditions: some hold a formal dinner every night, some once a week, and some a few times every term—if that. Some hold a mix of formal and informal dinners, where robes and suits are only expected once in a while. But what binds them all together is the fact that students dine on the main tables of the college’s dining hall, while academics and professors eat at the High Table, where they have access to an entirely different (and more sophisticated) menu. The major exception is Linacre College, which makes a point of being run by its students, and has no High Table—students and fellows eat together.[9]

The bells of Oxford University Church of SMV, Oxon

In the past, each town around Britain had its own local time. Because travel and communication could take days, it didn’t matter if the time in one place was five or ten minutes faster than somewhere else. But with electric communication and high-speed railways, precise timekeeping became much more important. People started using London time as early as the 1840s, but in 1880 the government decided that the whole country would switch to London time.

Of course, Oxford, being a deeply traditional place, didn’t follow this rule to the letter. Old-fashioned Oxford Time is five minutes behind London time. The bell in Christ Church rang out every night at 9pm, 101 times, to remind students to go to bed before the gates closed. The tradition was maintained, and even today, Christ Church’s bell rings at 9:05pm (9pm Oxford Time) as its final ring of the day.

Further, it is common for lectures and other events at Oxford to officially start at five minutes past the hour—but whether or not that is tradition or sheer practicality is unclear—it’s probably a bit of both.[10]

Visit the University of Oxford

Oxford is made up of over thirty colleges—and each one looks after its own students, subjects and money. Most also run their own halls of residence, which must be cleaned, repaired and supplied with food. There’s plenty of work to be done—and this is without considering the other bodies the uni runs, such as their huge library system, publishing house, and museums.

Oxford says it supplies 30,000 jobs in Oxfordshire, making it the largest employer in the county and adding £2.3billion a year to the economy. With the uni teaching around 24,000 people, that means there are more Oxford employees than there are students! For comparison, Yale University only employs around 10,000 people.[11]