Despite having had hundreds of thousands of years to practice, humans still aren’t very good at getting along with one another. Hence things like the battle for civil rights, or female emancipation, or any of the other zillion social turf wars we like to start. But it’s not just our past that’s filled with vicious fighting over human rights and the direction of our culture: All signs point to the future being just as polarized. Here are nine social and political battles that may well come to define the 21st century. 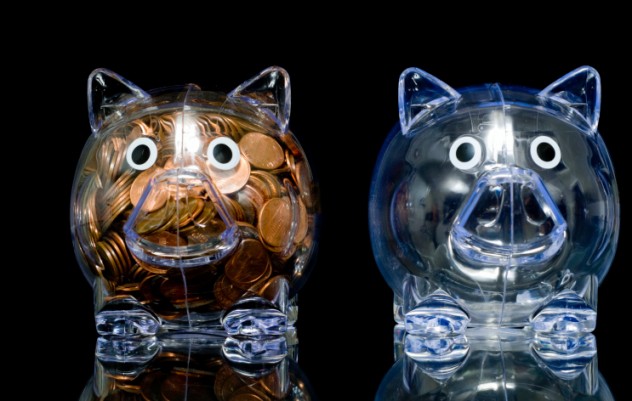 It’s no secret that our society is becoming increasingly unequal. According to Forbes, the 400 wealthiest Americans are currently worth the same as the bottom 150 million combined, with the US suffering greater income inequality than Yemen, Pakistan, the Ivory Coast, or even Ethiopia. This trend currently shows no signs of reversing—suggesting it could take us to a very dark place indeed.

A recent Pew study revealed that 66 percent of Americans think there are “strong” or “very strong” conflicts between rich and poor. That’s more than believe there is strong conflict between black and white, Christianity and Islam, or even left and right. As the New York Times noted, the rising income gap is easily the biggest source of tension in the modern USA, and that discontent could spill over into something nastier at any time. The future of American society could be one of underemployed and trapped workers violently lashing out against the wealthy. Right now, the basic conditions (rising prosperity for an elite few, falling living standards for everyone else, a perception of unfairness) are worryingly similar to those before some hefty historical revolutions. Will we see a modern “reign of terror” on the streets of the USA? Probably not, but if this inequality bubble doesn’t burst soon, there’s no telling what might happen. 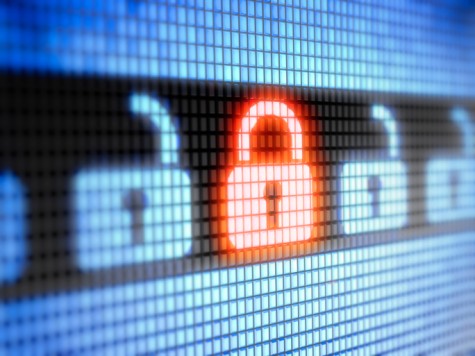 Unless an embarrassing video of you has recently gone viral, most of us can probably agree that the Internet is a good thing. It encourages connection, allows for a more flexible, remote workforce, and has been directly linked with economic growth. However, these bonuses only apply when you have access. And right now there are millions of people across the world who are getting left behind.

In America alone, it’s estimated that 100 million people have no home Internet access. Already, this lack of connectivity is causing problems we couldn’t have dreamed of 20 years ago—kids falling behind at high school or adults being unable to apply for jobs. On a global level, it gets even worse: About 200 million fewer women worldwide have Internet access than men, putting them at a severe economic disadvantage. As the Internet becomes increasingly essential for anything from running a business to getting a job or doing homework, these disadvantages will become worse and worse, until we’re effectively excluding those without a laptop from modern society. Things have gotten so worrying that the UN has actually declared Internet access a human right, but whether this will get more people online we don’t really know. 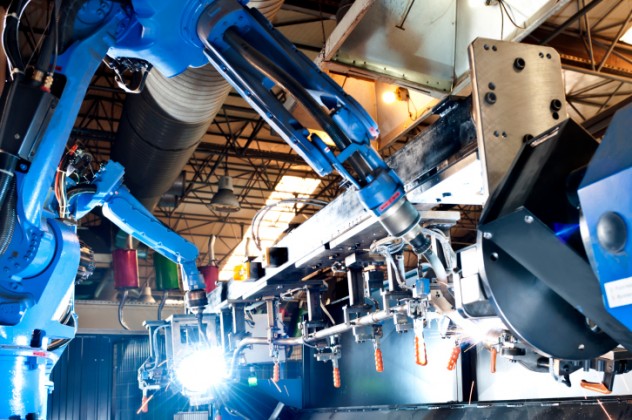 It sounds like the plot of a lazy science fiction story: A world where robots do all the work, but all except the richest are kept in a permanent state of poverty and unemployment. Unfortunately, this bleak state of affairs may soon become our future. Right now, we’re getting better and better at building machines, with some authorities claiming we’ll reach an AI breakthrough in slightly over a decade. When that happens, we’re going to enter a period of worrying uncertainty.

See, if we can build robots that can do any job better than a human, then suddenly human workers become useless. If you’ve trained all your life to become a surgeon, only for a robot to be built that’s better at surgery than you’ll ever be, then your employment prospects are going to vanish faster than you can say “breadline.” And with the way the economy currently works, the elites aren’t going to be too happy with the idea of supporting the unemployed for all eternity, even if there’s literally no job for them to do. In such a scenario, popular resentment would almost certainly be targeted toward the robots themselves, triggering the sort of scenes last seen in the animated Matrix prequels. But this isn’t the only problem our robotic future might bring. 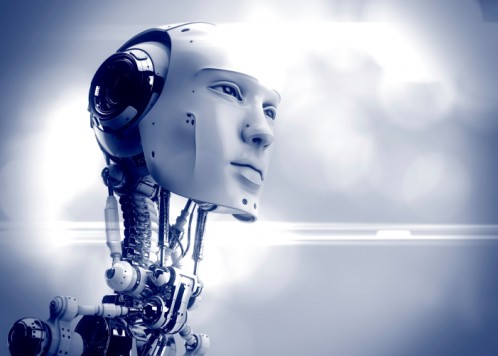 Characters who fear or distrust robots are common currency in science fiction, turning up in everything from Doctor Who to I, Robot. But while we’ve fantasized about a social war between humans and machines for decades, the reality of our robot prejudice might turn out to be significantly stranger.

In a study last year, 78 German students were invited to assess a new robot allegedly being designed for mass production. Half of the group were told the robot was manufactured in Germany and had a German name, the other half that it was built in Turkey, with a Turkish name. Participants were then asked to rate the robot in categories like intelligence, personality, and their desire to live with it.

Incredibly, the students all showed a vast preference for the “German” robot, even going so far as to ascribe it human characteristics. The “Turkish” robot, in contrast, was viewed with something like suspicion—despite being exactly the same machine. The indication is that even the identical robots we’ll eventually build may not be free from racial prejudice, suggesting that the practice of choosing a robot could one day be fraught with all sorts of complex tensions us non-future humans can’t hope to understand. 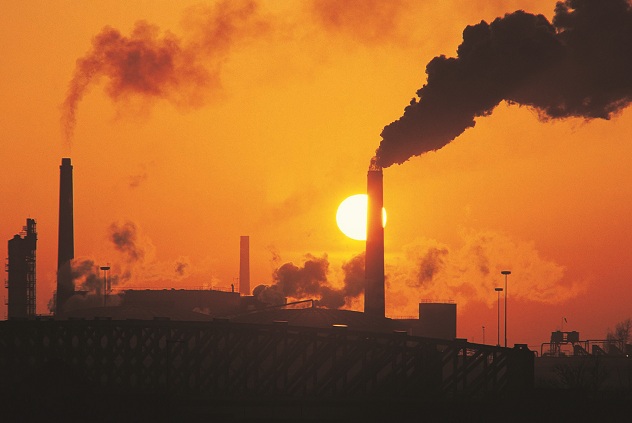 Right now, CO2 is making mincemeat of our atmosphere. As we continue to fart giant clouds of noxious gas into the air, some sort of climate apocalypse is looking increasingly likely. As a result, the international community has been looking to cap emissions for years now, but they keep running into the same old problem: China.

The trouble is, we in the West all burnt plenty of fossil fuels on our journey to becoming developed economies. So when we try and stop a developing country (such as China) from blasting out emissions like there’s no tomorrow, we come off looking kinda hypocritical. The developing countries tend to recognize this and respond by rejecting proposed C02 caps. Already, this is creating some worrying international tensions. Aside from setting the precedent of unlimited emissions for future developing countries, it also makes politicians who bide by the cap look a bit stupid. And that’s worrying, because latest reports show that uncapped developing economies will be pumping 127 percent more CO2 into the atmosphere by 2040 than their developed counterparts. So our choice will one day be to either make emissions a future diplomatic battleground, or just accept that our planet is going to burn. 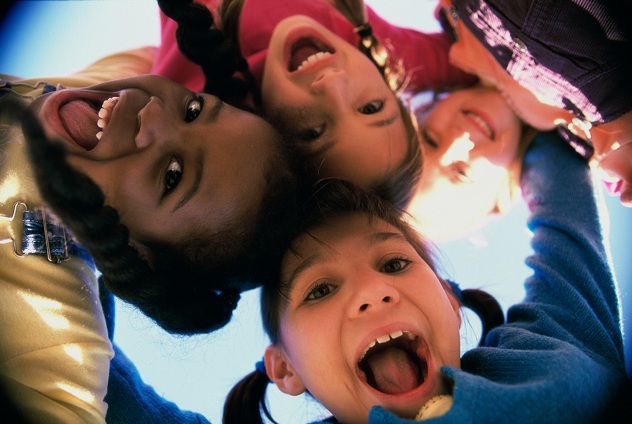 There’s no denying that the face of America is changing: According to the last census, more than half of all children are now born into black, Hispanic, or Asian families. At the same time, white deaths are exceeding the white birth rate for the first time in recorded history. To put it simply, the future of America is a fully multicultural one, and that can only be a good thing, right?

Well, it kind of depends on how some of those white guys react to losing their majority. The truth is that America is still deeply divided where race is concerned: Cities are overwhelmingly split into black, Latino, Asian, and “white” neighborhoods, with minimal overlap between them. As a result, huge majorities of both black and white people think the country is hopelessly split. Then there’s the matter of hate groups. In the historical period that saw America elect its first black president to power, white supremacist and patriot groups have reached record levels of membership. According to the Southern Poverty Law Center, this explosion of recruitment has been fueled in large part by changing demographics and a perceived need to fight against a future where whites are in the minority. So while it will be great to eventually see a fully multicultural USA, the transition period may well be marked by the sort of home-grown violence not seen since the Oklahoma City Bombing.

3The Battle For Africa 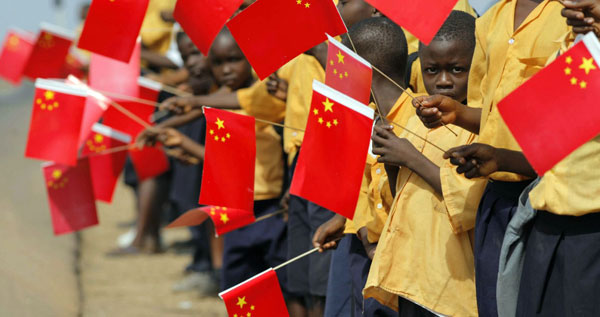 One of the big “battles” of the coming decades is going to be the one for Africa’s resources. It’s no secret that China, India, the US, Brazil, and others are all scrabbling for a slice of that pie, with predictably ridiculous results. China, for example, is acting like Africa’s out-of-control rich uncle, lavishing money on building projects and super-advanced infrastructure as if trying to buy some love. The flip side of this is that India and the US are both getting suspicious of China’s motives, creating a bizarre sort of power struggle that’s manifesting itself in military build-ups, diplomatic tensions, and a whole lot of international posturing.

See, whoever strikes a deal with the most African nations is sitting on trade worth billions, and nobody wants to imagine it falling into the other guy’s hands. So a whole lot of complex and risky international games are getting played which, The Guardian has calmly asserted, may one day act as the trigger to World War III. But even if things don’t get so vastly out of hand, Africa still seems to be fated to become a proxy battleground in the future economic war between the West and China—whether its people like it or not. 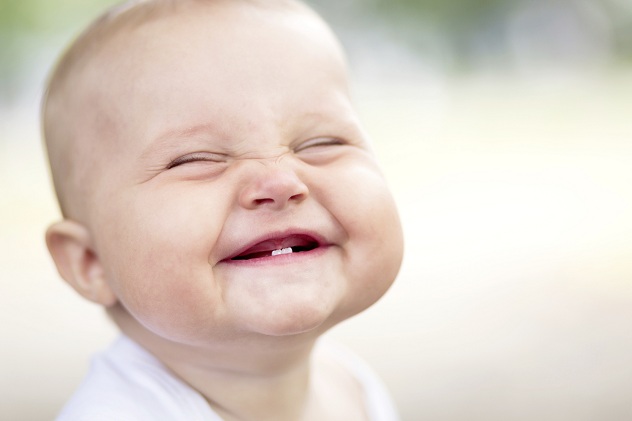 If you think abortion is one of the biggest cultural battlegrounds now, you ain’t seen nothing yet. According to the Pew Research Center, we’re currently witnessing an unprecedented push of legal activism from both sides of the debate, that threatens to spiral completely out of control.

In the first seven months of 2013 alone, 40 new legal provisions were enacted restricting access to abortions—far more than you’d reasonably expect in any given year. These were in turn counteracted by a huge swath of legal challenges, the net effect of which has been to increasingly polarize the opinions of Republican and Democrat voters. This has the knock-on effect of pushing red-leaning and blue-leaning areas apart. This is resulting in a storm of extreme opinion that’s feeding into a vast regional divide—which in turn is further increasing the polarized way we view the whole subject. Put simply: It’s starting to look like the first major cultural battle of the 21st century (at least in the US) is going to be over abortion—a battle that’s only going to get more and more bitter as our politics get ever more shrill and combative. 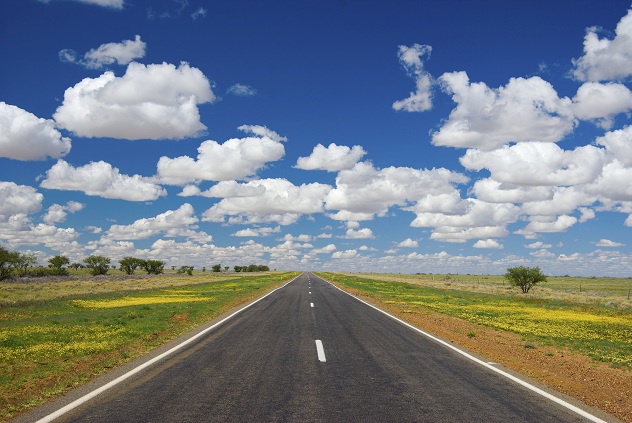 That’s right: Immortal. According to futurist Ray Kurzweil, in as little as 20 years the average life expectancy may well be “forever.” See, proper nanobots would be capable of destroying pathogens, keeping our brains in shape and even reversing ageing. In short, it would be the holy grail of science: Eternal life. And that’s where the problems start.

For one thing, not everyone on Earth will receive these nanobots. Let’s say they’re an American innovation, can you really imagine our scientists selling them on to, say, North Korea? So then you have to decide who does and doesn’t get these wonder-bots. Do poor people get them? What about the homeless? Are criminals banned from immortality? If not, are we comfortable with the idea of giving eternal life to rapists and pedophiles? Will immortality become the preserve of the elite? Now, obviously this is all a bit premature—nanobots aren’t anywhere near the market yet. But if it comes to pass, this is going to be one of the biggest, most controversial leaps in the whole of human history.