Creepy stories are always a hit, unless you are the star of one. There are hundreds of internet discussions about ghost sightings, weird sounds, unexplained incidents etc. And it’s always those personal experiences that get the most interaction.

See Also: 10 Creepy Things Bodies Can Do After Death 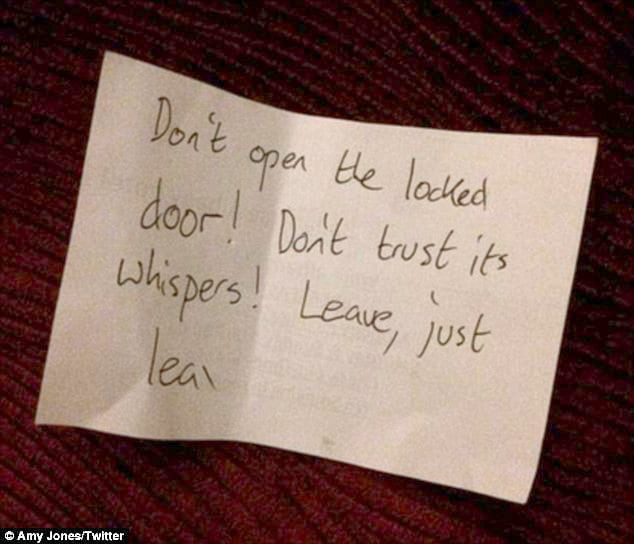 A hotel guest found more than she bargained for when she discovered an unnerving handwritten note in a drawer, thought to have been left there by a previous guest. In December 2014, Amy Jones was staying in an Edinburgh hotel when she discovered the creepy note that said: “Don’t open the locked door! Don’t trust its whispers. Leave, just lea…”

Instead of being freaked out, Jones took a picture of the note and uploaded it to Twitter. She then proceeded to go to sleep with the door in question facing her from the opposite end of the room. The next morning, she let her Twitter followers know that she was still alive and that she hadn’t heard any whispers coming from the door. 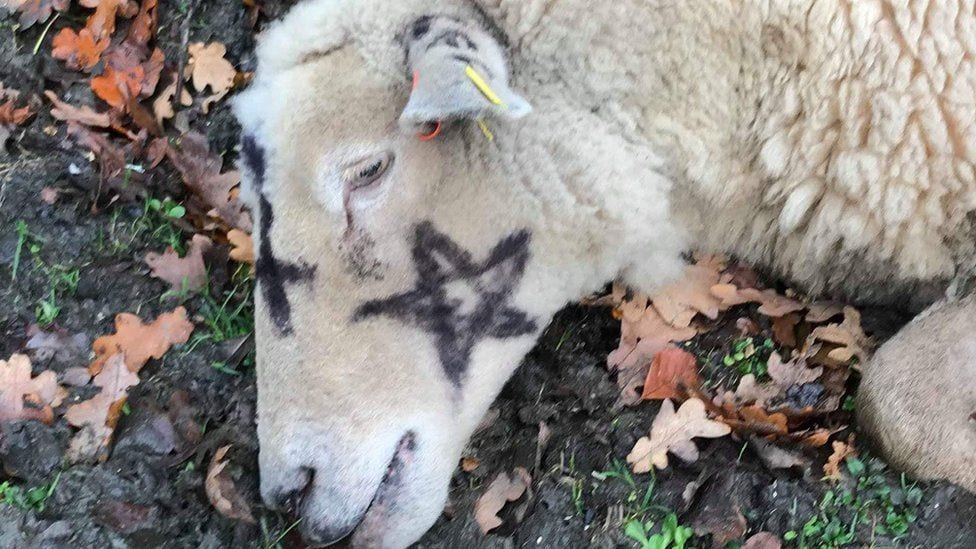 In November 2019, an unnamed source reported the killing of a sheep in the New Forest in Hampshire. The sheep corpse had pentagrams, an inverted cross and the number 666 painted on it. It had been stabbed to death. Furthermore, a heifer and two calves were found with stab wounds in Bramshaw and Linwood.

When police investigated the incident, they found that an inverted cross and 666 had also been painted on the door of St Peter’s Church in Bramshaw. The New Forest has a historical connection to witchcraft, but the locals had never experienced anything “occult-like” before the sheep incident. Residents are said to be very disturbed by what has happened and hope that police will bring the perpetrators of the ‘satanic graffiti’ crime to book.

8Sucked into a grave 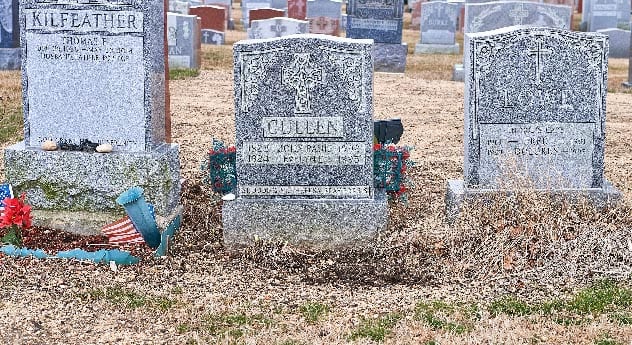 The sun had just about set on 19 December 2016 when 64-year old Joanne Cullen arrived at the Long Island cemetery to visit her parents’ burial plot. She spotted a bent-out-of-shape bow on the wreath over the plot’s headstone and bent over to fix it. As she did so, the ground beneath her feet gave way and she sank into the grave right up to her hips.

The unexpected event caused her to lose her balance and tip over, hitting her head on the tombstone and cracking a tooth. She grabbed hold of the sides of the tombstone in desperation and shouted for help, but no one heard her.

After she finally managed to crawl out of the grave, she immediately left the cemetery and refused to go back. Cullen also enlisted the help of a lawyer to sue the property owners of the cemetery citing emotional problems and nightmares stemming from the horrific incident. 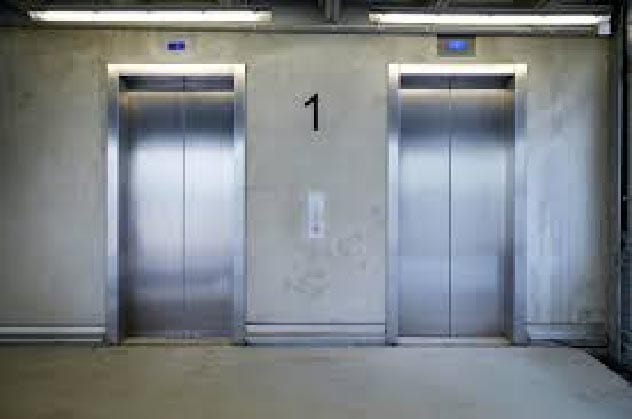 Earlier in 2019, a woman fell asleep on a plane en route to Toronto. When she awoke, the plane was empty, dark and it was almost midnight. Luckily, she managed to open the plane door and was rescued by crew on the ground.

Another woman in Xi’an, China found herself trapped in an elevator at the end of January 2016 after repairmen shut it off and let it rest on the first floor of the residential building she lived in.

Unfortunately, the men only returned a month later and found the decomposing remains of the woman inside; her hands disfigured from trying to escape her steel prison. It is alleged that the men never opened the elevator to check for passengers, but simply called out and upon receiving no answer, they shut the elevator off and left to celebrate the Chinese New Year.

The victim is said to have been mentally disabled and was only identified by her surname, Wu. Her family reported her disappearance but did not undertake a search for her inside or outside the building. 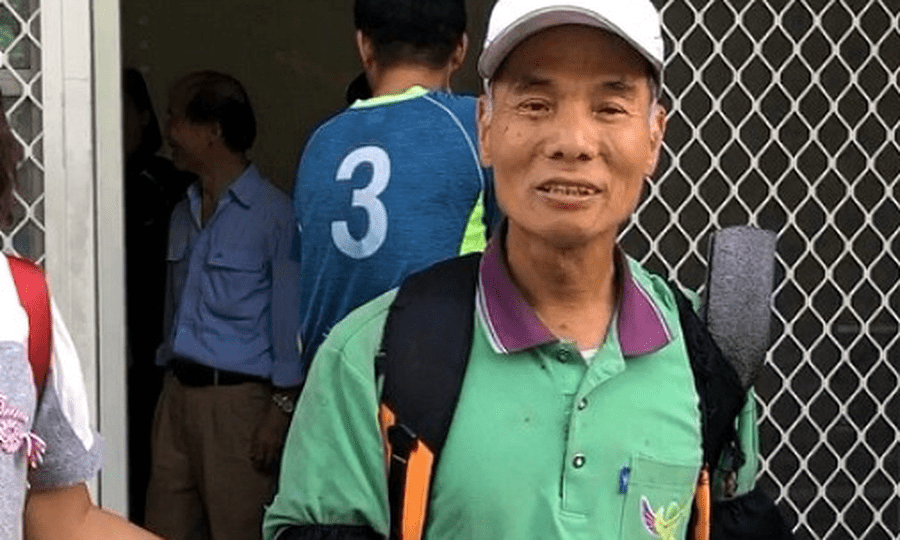 On 10 November 2019, 60-year old Soong Rui-xiong left his home and set off on a hike in the Pingtung mountains. He didn’t return home and his family spent an anxious 10 days searching for him before a villager spotted and accompanied Soong to the nearest police station.

Soong had apparently climbed up a rock wall during his hike and lost his glasses in the process, leading to confusion. He then found a cave in which he stayed for a few days but left after realizing he would die there if he didn’t make some kind of plan to be rescued. He told his family afterwards that he drank water from a stream and ate plants after his food ran out the same day he left for the mountains.

When interviewed about his ordeal, Soong also claimed that a ghost couple met up with him outside the cave and walked with him for two hours. He believed them to be the ancient ghosts of indigenous Taiwanese and he further claimed that they disappeared from his side without a sound as soon as he reached the path leading down the mountain.

5 Healed by a ghost 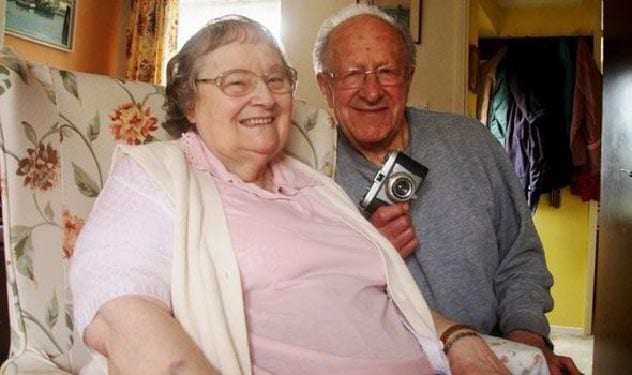 Diane Berthlot suffered a spell of illness after a gall bladder removal operation. She was sick for several months and on a lot of medication, including antibiotics for an infection. Despite this, she determined that she would take a trip to Norfolk during the holidays. During her time there in 1975, she went into the Worstead village church to sit down for a bit and rest.

While sitting on a pew, her husband and son walked around the church taking pictures of the interior. Diane, feeling very ill, bowed her head and prayed for healing. She suddenly felt a tingling sensation all over her body as well as a feeling of comforting warmth.

Six months later, Diane was feeling on top of the world. Her husband decided to develop the pictures they had taken on their trip and while looking through them, they both gasped in unison. On one of the pictures, a woman wearing old-fashioned clothes and a bonnet could be seen sitting directly behind Diane inside the Worstead church. Diane immediately knew this woman had healed her.

The couple returned to the church and showed the picture to the vicar who told them that he believed the woman in the picture was the ‘White Lady’ who was a healer hundreds of years ago. Legend says that a man climbed inside the church belfry on Christmas Eve 1830, shouting that he was not afraid of the White Lady and would kiss her if she appeared. When his friends came looking for him hours later, he was sitting in a corner alone whispering “I’ve seen her” to himself. He died shortly afterwards. 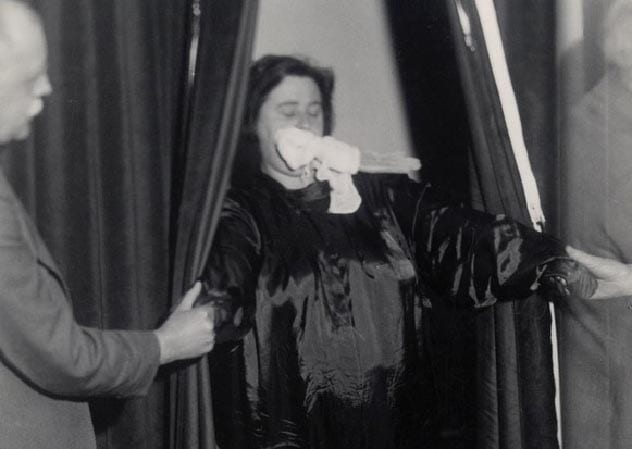 Most people didn’t take Helen Duncan seriously as a medium after it became obvious that her predictions and communication with spirits was all a big fat lie. During the 20s she held seances and ‘produced’ ectoplasm, but she and her spirit guide named ‘Peggy’ soon became objects of ridicule and very few made use of her services.

Then, in November 1941, Duncan held a séance and claimed to have contacted the spirit of a sailor that was aboard the HMS Barham. This meant that she knew the ship had sunk before it was announced.

However, not everyone was convinced that this strange claim was the real deal, with one researcher believing she had simply used rampant gossip to make some extra money for her fledgling business. This conclusion didn’t stop British authorities from arresting and prosecuting Duncan under the Witchcraft Act. She was convicted and sentenced to 9 months in prison.

As time went by, other mediums became convinced that Duncan was indeed one of them and had a real gift. Some are even trying to clear her name, but Helen Duncan remains a very controversial topic in discussions about the paranormal and supernatural. 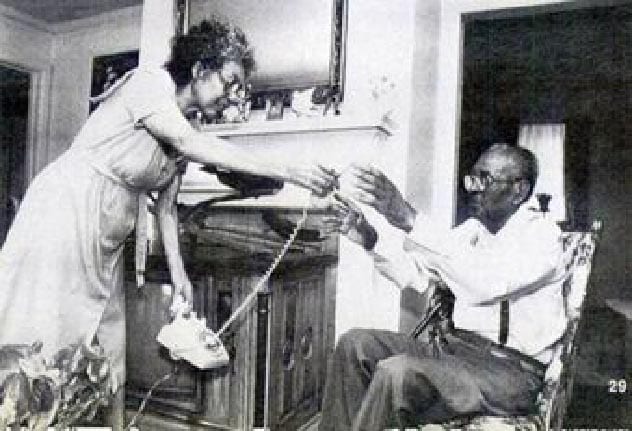 When 77-year old Minnie Winston stood up to get out of the bath on 8 September 1987, she noticed a pool of red liquid on the floor. She took a closer look and realized it was blood. When she looked around the bathroom, she saw blood pouring out of the walls and running over the floor into the adjacent hallway.

Frightened that something might have happened to her husband, she called out to him. When he showed up in the corridor, he showed no signs of bleeding. Terrified now, Minnie called the police. Officers scoured the couple’s home but found nothing that could have produced that amount of blood. They took some of it to be tested and later concluded it was human Type O blood. Neither Minnie nor her husband had this blood type.

To date the cause of the ‘bleeding walls’ remains unknown. 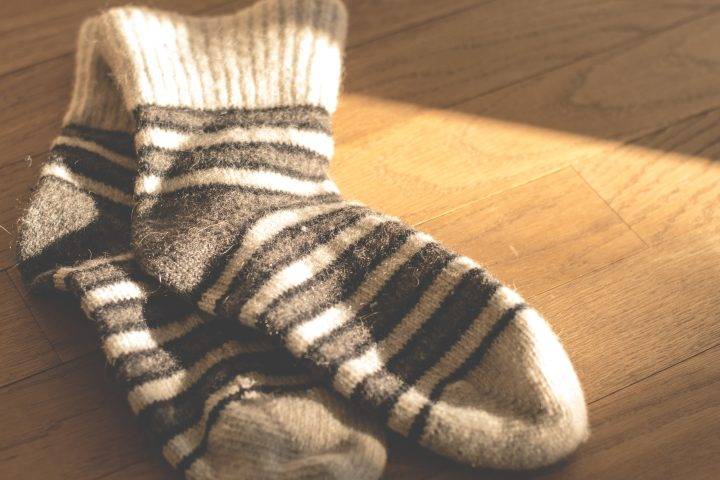 On 10 December 2018 an unnamed customer bought a pair of socks at a Primark store in Colchester. What was a very mundane purchase turned out to be quite disturbing when the customer arrived home, took the socks out of their packaging and discovered a human bone inside one of them.

The incident was reported to police on 2 January 2019 and Essex officers started an investigation. Unfortunately, the only thing they could establish was that the bone used to be part of a human finger. Police could not find any link to a criminal act and believed the incident to be a hoax. However, no apparent DNA testing was done on the bone and therefore the identity of the person it belonged to remains a mystery. 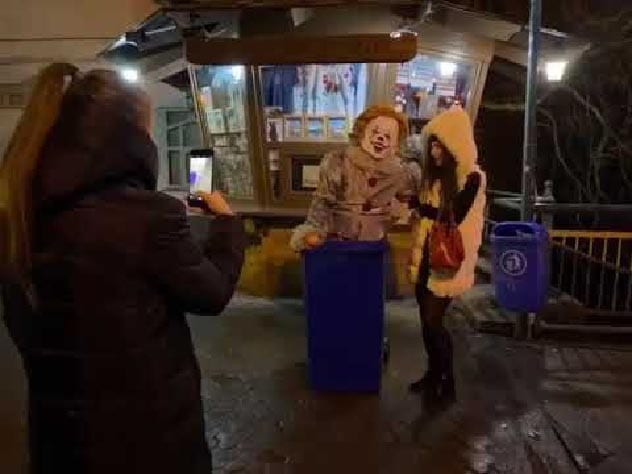 A not-so-merry prankster has been scaring the pants off people in the Ukraine since early December 2019. A person dressed up as Pennywise from IT decided to hide behind bridges and in trash cans, popping up when unsuspecting passers-by amble past. The clown also pretended to pour gas over cars at a gas station while people are inside paying. Some patrons became so terrified that they ran away, leaving their vehicles behind.

Videos of these pranks have gone viral, but also caught the attention of local law enforcement. A criminal case has been opened against Pennywise under Part 2 of Art.300 of the Criminal Code of Ukraine as it is suspected that the brains behind the clown operation are trying to promote violence.

However, Pennywise is fighting back. He stated on social media that since his pranks are not affecting children or the elderly, he will not stop and that he has merely gotten started.

For more lists like this, check out 10 Unsolved Mysteries With Creepy Surveillance Footage, and 10 Scary Holes With Deadly Pasts.