Slavery, one of America’s greatest tragedies, caused immeasurable suffering and loss of human life. The Stanford prison experiment is frequently cited when people discuss the brutality demonstrated by humans with power. But we don’t need to look any further than our own history for these examples.

Slaves could be punished for any number of “offenses,” including theft, laziness, running away, or even speaking their native language. By some accounts, enslaved people were even disciplined for sport. Here are 10 of the most horrible punishments recorded for slaves in America.

Warning: This content contains graphic descriptions of various physical abuses and tortures and may act as a trigger to sensitive individuals. Great care has been taken to respect the lives and histories of the people represented as slaves. Please read at your own discretion. 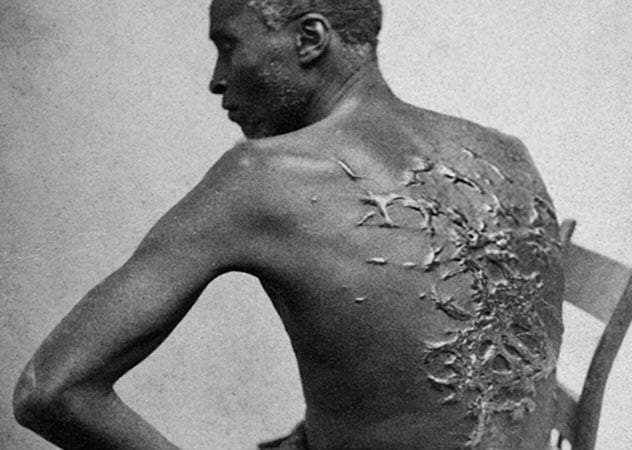 In America, slaves, including pregnant women and children, were often whipped as punishment. The famous image of the slave “Gordon” (aka “Whipped Peter”) reveals that the skin on his back was raised with a lattice of scars from brutal and repeated whippings.[1]

However, some owners did not stop there. When their slaves’ wounds began to heal, these owners ordered that the wounds be split open and that products such as red pepper and turpentine be applied to the gashes. According to some accounts, one owner ground a brick into rubble and dust, mixed it with lard, and had it rubbed into the wounds of a slave. 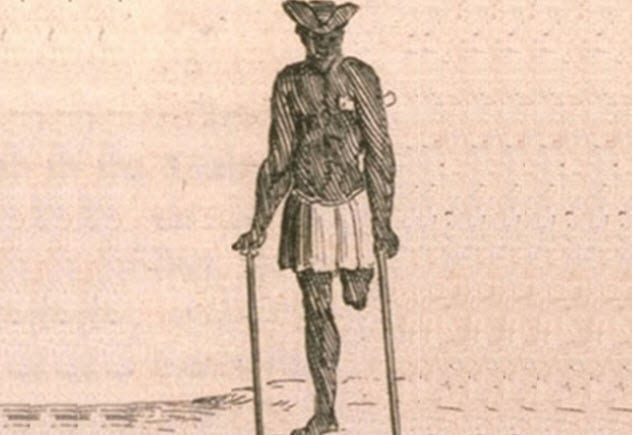 Slaves were often expected to work in exceptionally difficult physical conditions, especially in the fields or on cotton plantations. Other slaves worked in their masters’ homes and were expected to be “well-groomed” and “clean.” These slaves often had lighter skin or “better speaking skills.”

Either way, it would make sense for slaves’ bodies to be protected and maintained. However, this rarely happened.

Particularly in cases where slaves had fought each other or resisted their owners or overseers, it was common for owners to order bodily mutilation. Sometimes, it involved cutting off an ear or slicing at the flesh. More severe examples included amputating limbs, gouging out eyes, cutting hamstrings, or even castrating both males and females.[2]

In many cases, the victims did not receive medical treatment. Some died from infection, blood loss, and other complications. 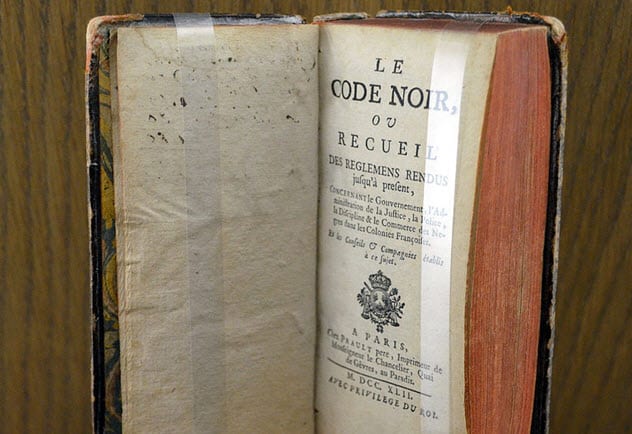 Branding refers to searing the flesh with a heated metal instrument. This type of torture was typically done to denote ownership.

Large companies often branded their slaves to make them easily identifiable and to prevent the theft and resale of slaves. Eventually, these brands were used as bodily evidence to refute claims from larger companies that the practice had never occurred.

In Louisiana, a “Code Noir” permitted the branding of slaves as punishment for running away. By 1840, New Orleans had developed the largest slave market in America, which placed innumerable people under this decree.[3]

Particularly in the South, branding was a common punishment for running away. Often, a letter or other identifiable mark was seared onto the slave’s face. This usually prevented that person from being assigned to any house or serving work. 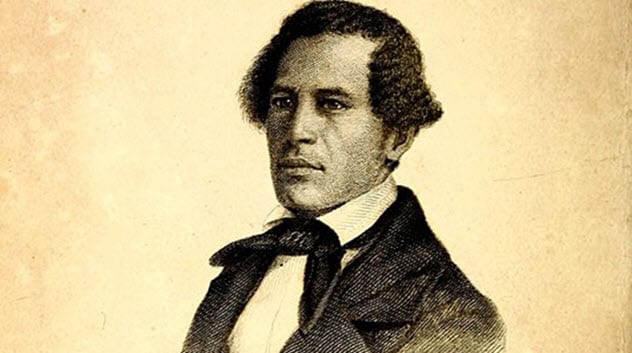 Eventually, various slave states passed laws regarding the maintenance, well-being, and rights of slaves. Theoretically, this should have given slaves some protection from cruelty and abuse. In reality, these laws were rarely enforced. Some accounts describe how different methods of punishment and abuse became more popular in different states.

Escaped slave William W. Brown discussed a common practice used in Virginia. He described an owner who had his slaves bound and whipped in the smokehouse. Then he created a fire from tobacco stems to suffocate and “smoke” the slaves as further punishment.[4] 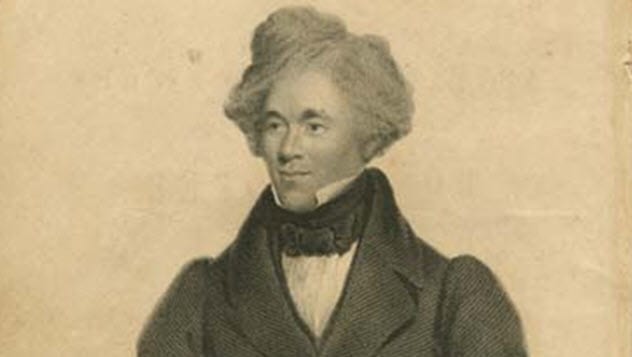 Former slaves may offer the most harrowing accounts of slave abuse and torture. Moses Roper was born of his African and Native American mother, who was a slave to his English father. After Moses escaped his bondage, he wrote a book about his life. He explicitly outlined various tortures and indignities that slaves in America had to suffer.

Moses recounted the sport and pleasure that some owners took in corporal punishment. He described a slaveholder who hammered nails into a hogshead (large barrel) and left the nail points protruding inside. His slaves were stuffed into these barrels and rolled down long, steep hills while the owner and other slaves watched.[5]

5 Suspended Beneath A Cooking Fire 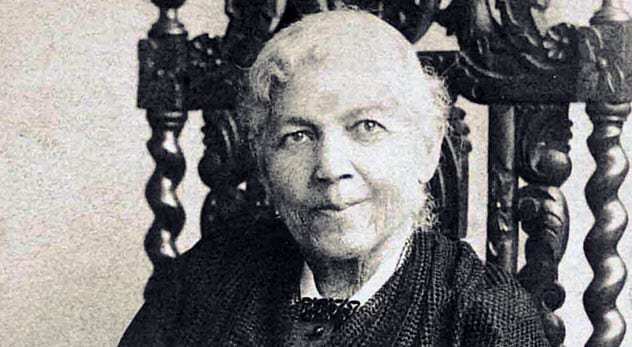 Harriet Jacobs also escaped slavery and wrote about her exploits. She described falling into the “possession” of a slave owner who sexually harassed her on a regular basis despite the protests of his wife. To avoid him, Harriet hid in the crawl space in her grandmother’s ceiling for seven years before fleeing to England.

In another harrowing account, Harriet told of a slaveholder who lived close to her. He had hundreds of slaves. His favorite punishment was to tie up a slave, suspend him above the ground, and start a fire above him. A fatty piece of pork was cooked by the fire. Then the burning fat dripped onto the bare skin of the slave.[6] 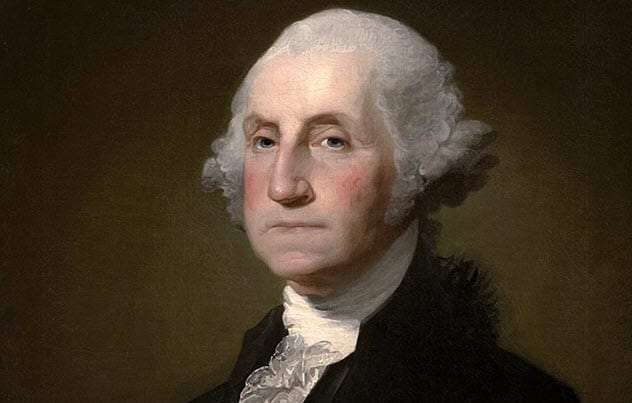 Although this type of punishment may seem less significant than the previous horrors detailed here, it could mean the difference between life and death for a slave. George Washington was a declared fan of whipping and other corporal punishments for slaves. But he also supported the demotion of slaves who did not work hard enough and the sale of repeat runaways.

Many slaves who worked in less physically demanding conditions, such as in the house or in a skilled trade, could be demoted to work in the fields. This resulted in harsher physical conditions, more demanding physical work, and often more violent treatment from owners and overseers. In the worst cases, slaves were sold at cheap prices to owners who were known to treat their slaves poorly or even work them to death.[7] 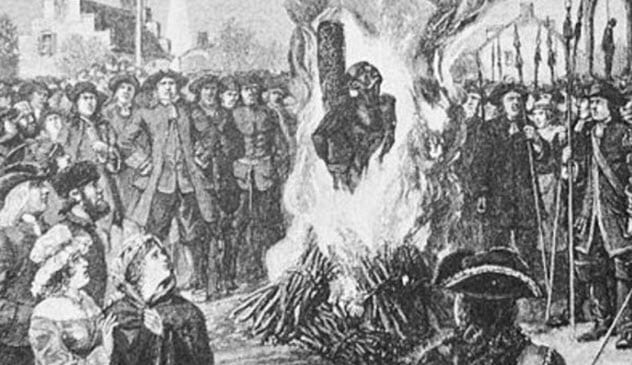 Punishments were often made public. Other slaves were forced to watch as a warning that they should “behave” or be disciplined the same way. At times, other owners or people from nearby towns came to watch as a form of entertainment. After slavery was abolished, public lynchings and hangings continued into the 20th century.

One horrific method of punishment was public burning. Slaves were either tied to a stake or above a fire. Some slaves fainted or passed out from smoke inhalation before the fire began to consume their bodies. But many were tortured by the flames before they finally died.[8] 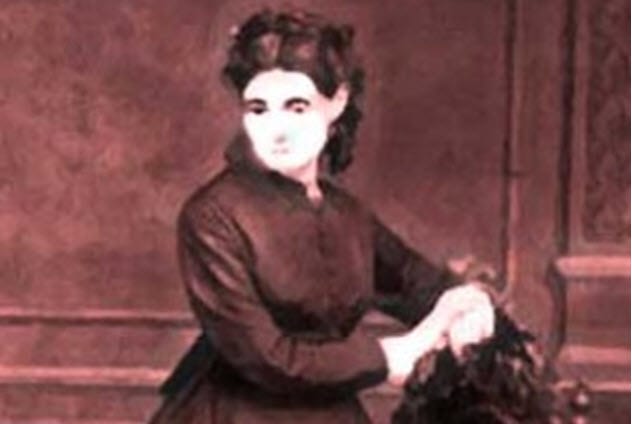 The use of chains is well-documented throughout the history of slavery. It began on slave ships where captured Africans were shackled together in the hulls of the vessels. Long-term chaining was often meted out to repeat runaway slaves. They were chained to their workstations or to other slaves.

In some cases, long lines of slaves were shackled together to perform menial tasks in unison. This was the origin of the chain gangs that became infamous in US prisons.

One woman who became notorious for her maltreatment of slaves—even by 19th century standards—was Madame Delphine LaLaurie. Various investigations were undertaken to determine the condition of her slaves until a fire broke out in her home in 1834.

An elderly female slave, who served as a cook, supposedly started the blaze in a suicide attempt. She had been shackled to the stove with the cooking fire. Afterward, several slaves were discovered in horrific conditions in the LaLaurie attic. Suspended by their necks, they were standing with their limbs chained in a way that stretched and tore them.[9]

Slaves frequently endured severe sexual harassment and assaults, including rape. There were no laws to prevent this.

Women who became pregnant as a result of this abuse rarely received any medical care or special treatment. On the contrary, they were often handled more harshly by their masters’ wives. Effectively pimped out by their owners, male slaves were also abused and forced to sleep with various women.

Following the US Act Prohibiting Importation of Slaves, which became effective in 1808, a shortage of slaves occurred in the South. The internal slave market boomed, which increased the demand for black people. As a result, slaves were often bought and sold based on their “childbearing” capabilities. They were forced to have sex with other slaves to produce more children.[10]

Usually, slaves could choose with whom they would have children. But matchmaking records exist that were based on physical characteristics.

About The Author: Brittany is a freelance writer from New Zealand. She spends most of her time traveling, reading, and connecting with different cultures. With a professional background in mental health and addictions, she is always on the lookout for new research and breakthroughs.