Americans tend to treat George Washington like a god. That might seem like a strong word, but his first biographer called him “a hero and a demigod,” the Capitol Building has a mural of Washington ascending to Heaven, and a statue in the Capitol Rotunda literally depicts him as the Greek god Zeus.

Washington, though, was a mortal man, and he had faults and weaknesses just like everyone else. The stories we hear about him are full of hero worship and legend. There are, however, a few little details usually get cut out.

10 His Mother Made His Life Hell 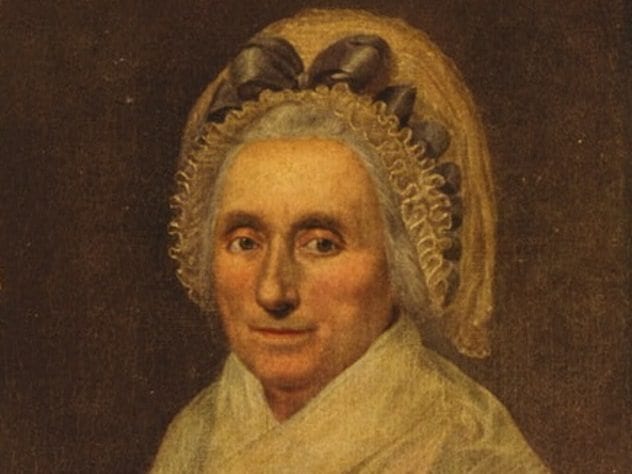 You’d expect the mother of the first US president to do nothing but beam with pride, but George Washington’s mother mostly just complained. Mary Ball Washington was strict, criticizing far more than she praised. One of Washington’s childhood friends once said, “Of the mother, I was ten times more afraid than I ever was of my own parents.”

When George moved out, she constantly wrote him begging for money, even when he was fighting the British. She even wrote the state of Virginia demanding a pension, which humiliated her son. He wrote to them, urging them not to give his mother money: “All of us, I am certain, would feel much hurt, at having our mother a pensioner, while we had the means of supporting her.”

As she got older and sicker, George urged her move in with one of her children for an easier life—just not with him. Even when she died, he slipped a little sour note into his plans for her estate, sneaking in the line, “She has had a great deal of money from me at times.”

9 He Bought His First Elected Position With Alcohol 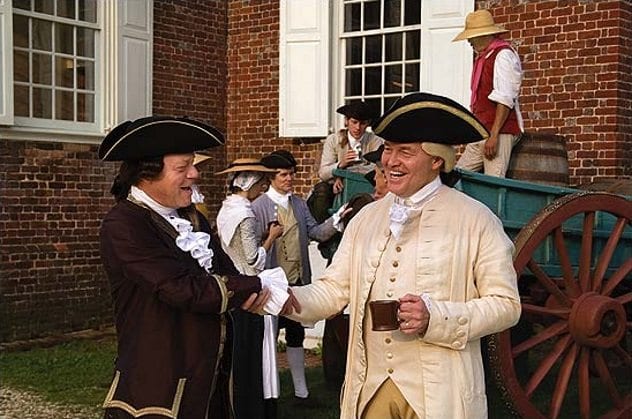 In Washington’s time, they served alcohol on election days. As odd as it seems today, polling booths would be full of liquor. It was practically mandatory. If you didn’t give your voters alcohol, as Washington learned, they didn’t vote for you.

When Washington ran for the House of Burgesses in Virginia in 1755, he tried to take the higher road. He refused to liquor up his constituents, so he lost horribly, 271 votes to 40.

When he ran again three years later, he’d learned from his mistakes. He served voters 545 liters (144 gal) of alcohol, offering everything from beer to straight rum. That was almost 2 liters (0.5 gal) of liquor for every person voting, and he still worried it wouldn’t be enough. It worked, however; Washington was voted in by a landslide.

8 His False Teeth Were Pulled From Slaves 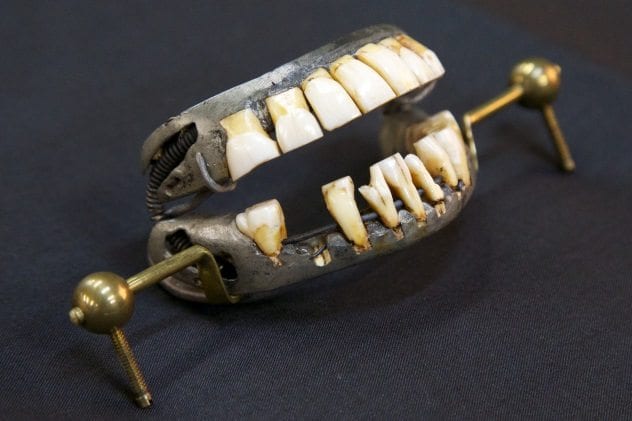 You know you’ve made an impact on history when people make up stories about your teeth. Legend says that Washington’s were made of wood, but that’s not true. The real story behind Washington’s teeth is much, much more screwed up.

Thanks to a combination of terrible diet and genetics, Washington had a disgusting mouth. He struggled with tooth pain most of his life and eventually just lost them all. Being rich, though, Washington had the means to get false ones. His dentist fashioned him a set of false teeth carved from hippopotamus ivory and affixed with gold wire springs and brass screws, all set up to hold a set of real human teeth—that were ripped from the mouths of slaves.

Records show that in 1784, Washington paid his slaves 122 shillings to buy nine of their teeth. This was actually only one-third the going rate for human teeth. Washington then had his dentist shove the teeth he’d pulled from his slaves right into his mouth, which is probably why we just tell children his teeth were made of wood.

7 He Made A Fortune Off Whiskey And Slaves 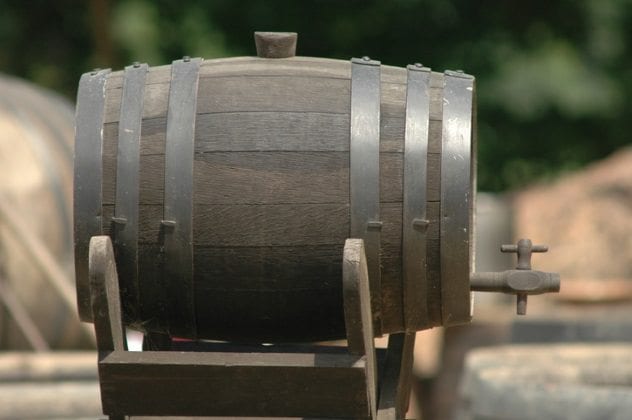 Other than the current president-elect, George Washington was the richest president in US history, mostly through inheritance and marriage. His wife, Martha, inherited a massive property when her first husband died. This was a huge, 8,000-acre plantation dotted with five separate farms, run, at its peak, by over 300 slaves.

He made another fortune, though, when his presidency ended. In 1797, as he was leaving office, he opened a whiskey distillery. It didn’t take long before it was the biggest one in the country. By the time Washington died in 1799, he was shipping 42,000 liters (11,000 gal) of whiskey across the country each year. 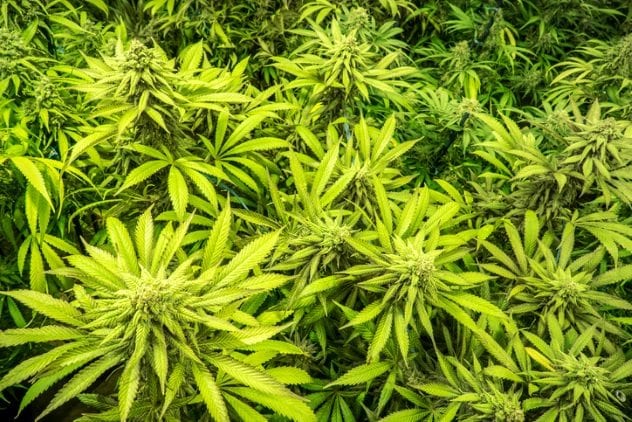 Washington owned a lot of land and grew a lot of crops—including marijuana. We know for a fact that the first US president farmed hemp, and he wasn’t using it to make rope.

It’s highly likely that he smoked his harvest, too. For one, there was no law against doing so in his time. There are also unconfirmed reports that he had a habit of stuffing pipes full of marijuana. According to one story, Washington and Thomas Jefferson liked to swap their homegrown crops of marijuana as personal gifts.

5 He Was Paid More Than Any Other President 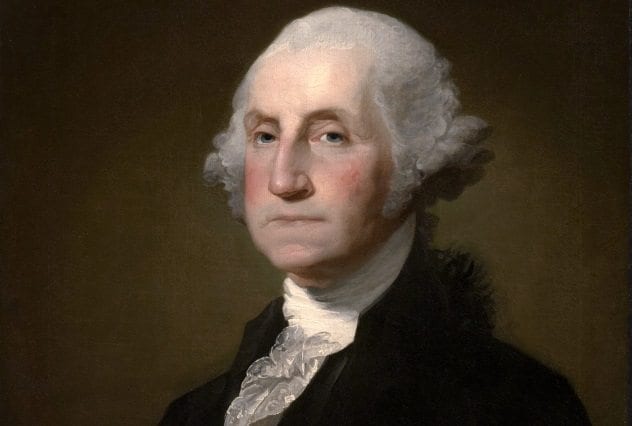 When George Washington was appointed general of the revolutionary army, he asked for no salary. All he asked was that they reimburse his expenses. It seemed incredibly noble . . . until he came back with the bill.

Washington racked up every expense he could. He hired actors and theaters to put on plays. He spent $6,000 on booze. While the army nearly starved, he ate so luxuriously that he actually gained 14 kilograms (30 lb). In the end, his bill came to $449,261.51. Congress, having already signed the deal, had to pay him every penny.

When they made him president, Washington tried to get the same deal—but Congress had learned their lesson. They made him accept a salary. Still, Washington managed to negotiate the highest salary any US president has ever received—one that made up two percent of the national budget.

4 He Thought Chinese People Were White 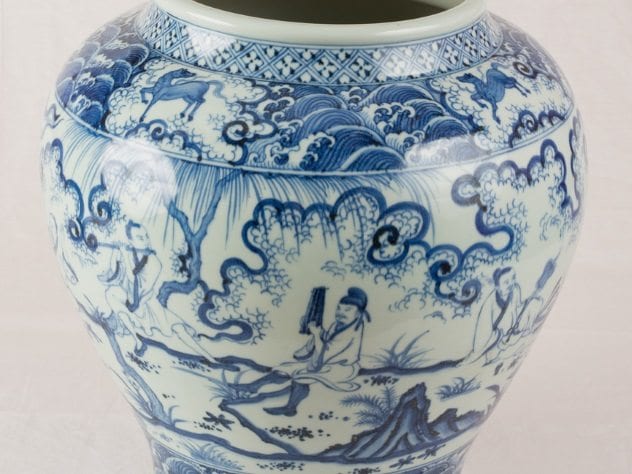 When the founding fathers set up all those laws and freedoms that only applied to “free white men,” Washington may have thought he was being a bit more generous than he really was. After all, he thought China was full of white people.

The US opened trade channels with China in 1785, and the country was flushed with all kinds of Chinese novelties. Tea, silk, and Chinese porcelain came in, often decorated with images of people.

Washington began collecting Chinese goods as a hobby. Reportedly, he saw, on the side of a pot, a picture of a Chinese person for the first time, and he was shocked. He had known that the Chinese were “droll in appearance,” but he’d never realized until that moment that Chinese people weren’t white. 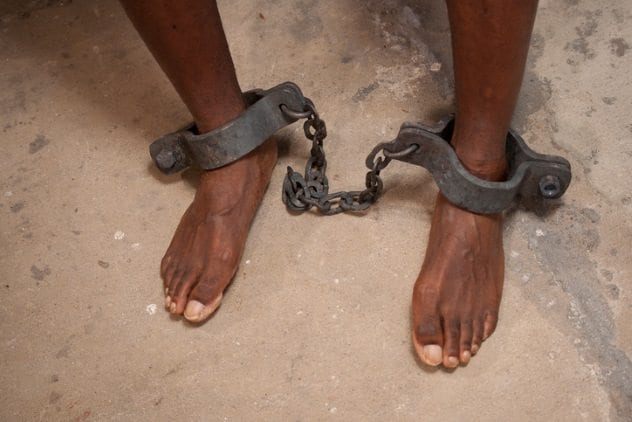 When Washington became president, he was forced to live in Pennsylvania, which was a problem. Pennsylvania was the first state to ban slavery, and Washington had a lot of slaves. Pennsylvania had introduced the Gradual Abolition Act, which stated that any citizen living in Pennsylvania could hold slaves for no longer than six months. After that, they had to be freed.

The slave owners found a bunch of loopholes to get out of it, so the law had to amended with new rules. By 1788, transporting slaves in and out of Pennsylvania to get around the law was explicitly illegal.

This is exactly what Washington did. The law was already in effect when he became president, but he rotated his slaves every six months anyway. By all accounts, the government seems to have been fully aware of what he was doing. Afraid to be the ones to arrest the first president, though, they just pretended they didn’t notice.

2 He Set The World Record For Library Fines 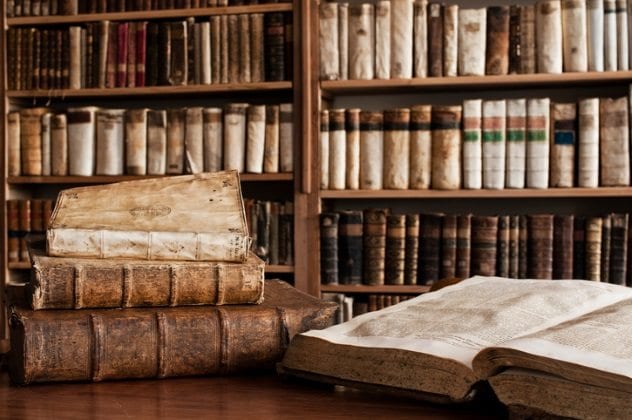 In 1789, Washington borrowed two books from the New York Society Library: Law of Nations and Volume 12 of Common Debates. An apparently excited librarian marked his name down as “The President” in the ledger, told him to return the books on November 2, and let him go.

Washington never came back, though, and his late fees kept building up. It wasn’t until 1934 that the library found the ledger and realized that Washington had stiffed them.

Finally, in 2010, Washington’s Mount Vernon estate ordered copies of the books online and sent them to the library. By then, Washington had technically accrued a record-setting late fee of more than $300,000.

1 His Friend Wanted To Reanimate His Corpse 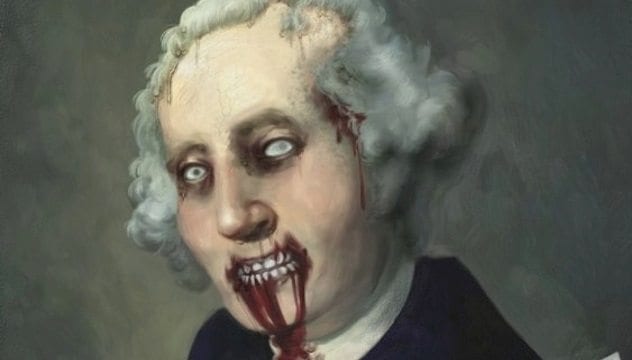 Washington held a lifelong fear of being buried alive. He made his secretary promise not to let anyone bury him until he’d been allowed to decompose for three days. When he died in 1799, they put his body on ice, just in case he woke up.

His friend and physician, William Thornton, was pretty sure he could make it happen. He believed that the blood of lambs had almost magical properties, and he was confident he could use it to bring people back to life. He wanted to try it on George Washington.

He told Martha that he wanted to thaw Washington’s body by the fire and rub it with blankets. He would then inject Washington with lamb’s blood. Next, he would perform a tracheotomy, insert a bellows into Washington’s throat, and pump his lungs full of air. This, Thornton was sure, would bring the dead president back to life.

For some reason, Martha declined.

Top 10 Incredible People Who Were Heroes Of The Holocaust – 2020