Pedophilic serial killers might be the evilest murderers of all. Robert Black, one of the worst but least-known serial killers in history, preyed on young girls throughout the United Kingdom. He is known to have killed four young girls but likely murdered more all across Europe.

During his reign of terror, Black was at the center of one of the United Kingdom’s largest manhunts in history. 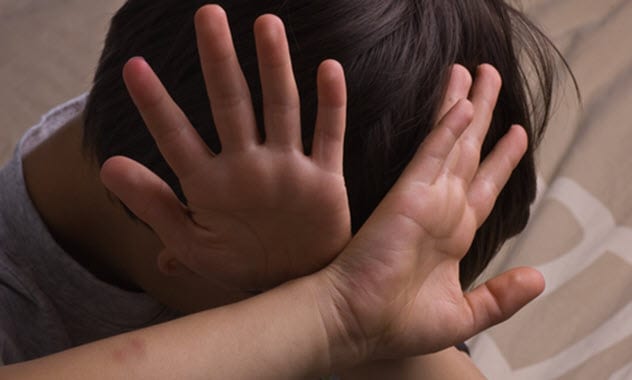 Robert Black was born on April 21, 1947, in Grangemouth, Scotland. His mother, Jessie Hunter Black, gave birth to Robert and then put him up for adoption. He was eventually taken in by an older couple named Margaret and Jack Tulip.

Despite being saved from foster care hell, young Robert’s life was far from easy. When he was five years old, Jack Tulip died. Jack had frequently beaten his adopted son. As for Margaret, she found raising Robert impossible. Beginning around age eight, Black began a series of odd sexual experiments. Some of these activities included putting objects in his own rectum.[1]

According to Black himself, one of the most revealing moments of his young life came when he began attending primary school in the village of Kinlochleven. There, Black preyed upon smaller and weaker students.

Such aggression may have masked his own feeling of inferiority because Black regularly wet the bed at night and believed that he should have been born a girl. This second belief came to him when he was five years old. At that age, Black and a female schoolmate regularly compared genitalia. Then, at age eight, Black took home one of his neighbor’s children to look “at her privates.” 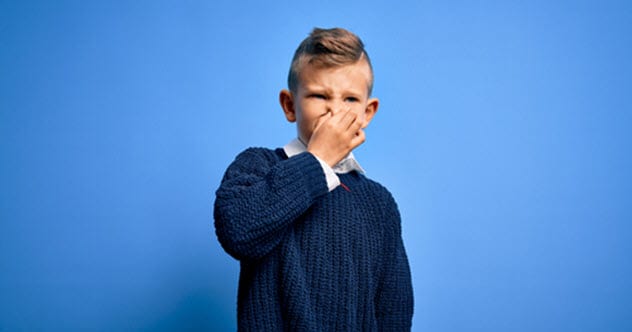 By 1958, Robert was forced back into the state’s welfare and foster home system. His new family in Kinlochleven quickly turned him in to authorities after Black kidnapped and fondled a young girl inside a bathroom.

Black next lived at the Redding Children’s Home in Falkirk. There, his bad hygiene (he disliked bathing) earned him the nickname, “Smelly Robbie.” Black continued to be both a bully and a victim at Redding.

More worrying than Black’s love for violence was his obsession with sex. At age 12, he and two other boys attacked a young girl while she walked alone in a field near the orphanage. Each boy tried to put his penis in the girl’s vagina but failed to get an erection.

None of the three were charged with any crime, and officials decided that Black’s only punishment would be sending him to an orphanage in Mussleburgh. Black was sexually abused at the Mussleburgh orphanage by an older staff member.[2] 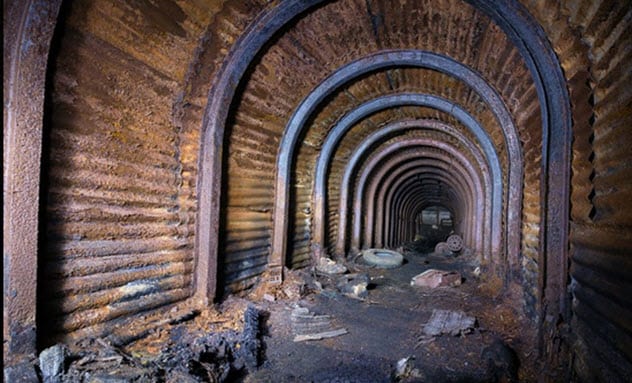 In the early 1960s, Black found work as a delivery boy for a butcher’s shop in Greenock, Scotland. By his own admission, he enjoyed his time as a delivery boy because he used his position to molest 30–40 local girls.

Black’s first official conviction occurred in summer 1963 when he was charged with lewd behavior. He had lured a local seven-year-old girl to an air-raid shelter. Once the girl was inside the deserted building, Black began choking her until she lost consciousness.

With the girl helpless on the ground, Black masturbated over her. After finishing, he walked off as if nothing was wrong. The girl managed to survive and was found later that day by a passerby.[3] 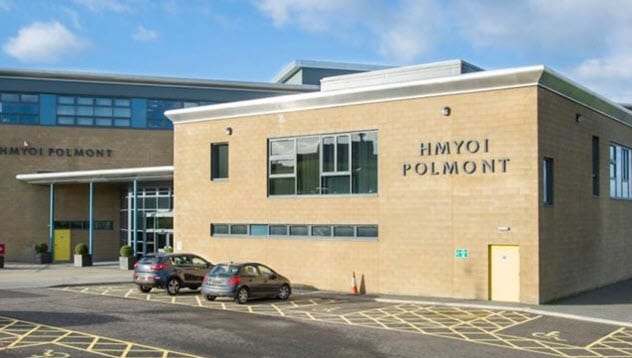 Black served little time in jail. By 1966, he was on the streets and up to his old ways again. That year, he sexually assaulted the nine-year-old daughter of his landlord. Black was not only forced to leave his apartment but lost his job as well.

He moved back to Kinlochleven. There, Black again preyed on his landlord’s daughter. This time, his victim was only seven. Black was sentenced to a year of training at the Polmont Borstal in Brightons. He stayed at that rehabilitation center until 1968. After that, the budding serial killer moved to London.

While living in London, Black frequented a bookshop where child pornography was sold. He began amassing a large collection of child pornography that included magazines such as Lollitots and Teenage Sex as well as films from Denmark, the nation that was then in the midst of a push to legalize all forms of pornography.[4]

6 The Murder Of Jennifer Cardy 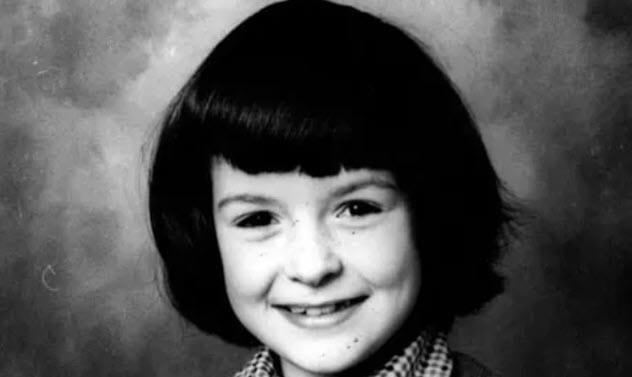 Jennifer Cardy was only nine years old when she was abducted near her home in Ballinderry, County Antrim, Northern Ireland, on August 12, 1981. The first piece of evidence to emerge in the case was the discovery of Cardy’s red bicycle, which was found behind some hedges not far from the Cardy family home. Six days later, Cardy’s corpse was uncovered at McKee’s Dam near the village of Hillsborough.[5]

Beginning on August 19, 1981, police staged reconstructions of the crime scene by having other girls dress like Jennifer and follow the same route that she had taken that day. Due to the rain on August 18, it was discovered that Jennifer had likely stopped for shelter underneath a tree by the side of the road.

Her killer found her and offered her a ride. When Black was convicted of several other crimes decades later, the police revealed that he had worked as a delivery driver in 1981 and the job had taken him all over the United Kingdom.

5 The Murder Of Susan Maxwell 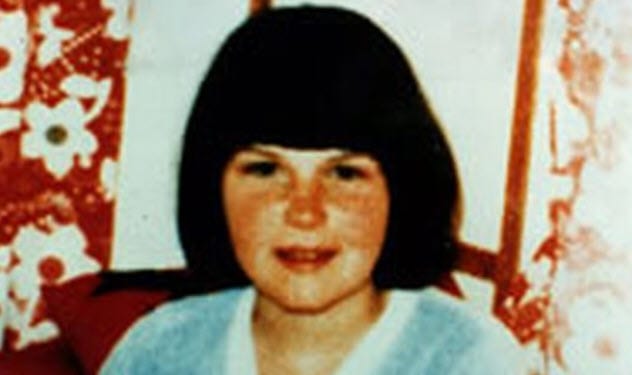 In 1994, over a decade after 11-year-old Susan Maxwell was murdered by Robert Black, Karen Young remembered seeing Susan walking alone across a bridge over the River Tweed in Coldstream, Scotland.

Earlier on June 30, 1982, Susan had asked her mother, journalist Liz Maxwell, if she could bike over to her friend Alison Raeburn’s house to play tennis. Liz didn’t like the idea, so Susan sneaked away to Coldstream to meet Alison. A farmer gave Susan a lift into town, and the two girls played tennis there for an hour. Then the girls parted ways and agreed to meet up a week later to attend a local festival.

At around 4:15 PM, a van approached Susan as she crossed the bridge. Black was behind the wheel, and he easily spotted an empty field just beyond the bridge. He parked his van and waited for Susan to get close.[6]

Susan would not be seen again until August 12, when delivery driver Frank Dale found her body near a clump of trees. Susan was found fully clothed, but her underwear had been removed and placed beneath her head.

A cause of death could not be determined due to decomposition. But a coroner’s report did find that Susan had been sexually assaulted as well as bound and gagged with plaster.

4 The Murder Of Caroline Hogg 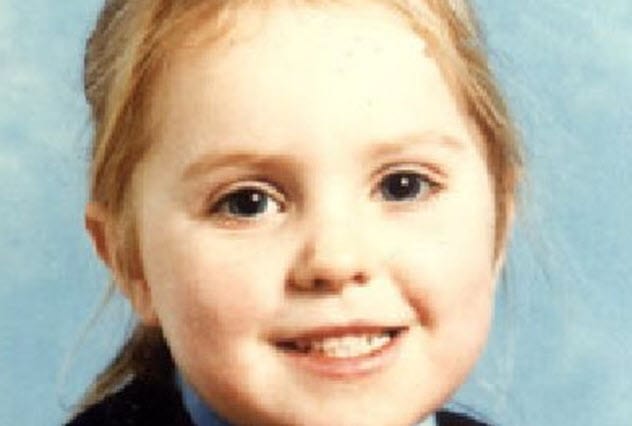 By all accounts, it was a warm, sunny evening on July 8, 1983. However, residents of the Edinburgh suburb of Portobello do not remember July 8 because of its beautiful weather. On that day, five-year-old Caroline Hogg was abducted from the street after leaving the Portobello Promenade party.

On the last afternoon of her life, Caroline had begged her mother for a few more minutes outside. Eyewitnesses in Portobello remembered seeing Caroline enjoying a ride on the Fun City fairground.

When Caroline failed to make it home by around 7:00 PM that night, her parents contacted the Lothian and Borders Police. What ensued was one of the largest manhunts in Scottish history. In addition to the police and 50 soldiers from the Royal Scots Fusiliers, 2,000 volunteers searched all of Edinburgh.

Ten days after Caroline’s disappearance, her nude body was discovered across the border in England. The body was badly decomposed, which made a conclusion about the cause of death impossible.[7]

Insect activity on the body suggested that Caroline had been murdered around July 12. Later evidence found that Black had kept Caroline in his van for 24 hours prior to her death.

3 The Murder Of Sarah Harper 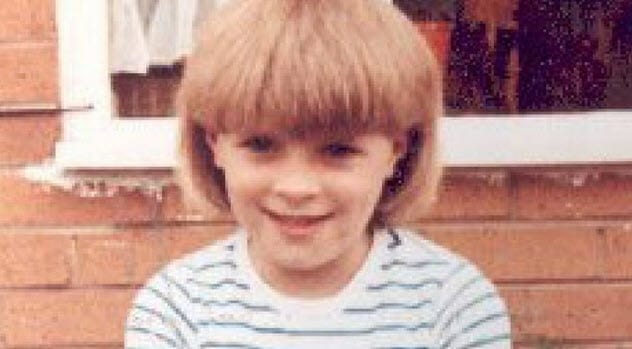 Following the discovery of Caroline Hogg’s body, police in Scotland and England concluded that Caroline had been murdered by the same man who had killed Susan Maxwell. By early 1987, all information regarding the murders had been inserted into the revolutionary HOLMES information technology system.

Sadly, all the police forces in the United Kingdom did not stop Robert Black from murdering again. On Wednesday, March 26, 1986, Sarah Harper, 10, went to K&M Stores to buy a loaf of bread and some potato chips. The owner later told police that Sarah had left the shop at 7:55 PM.[8]

Sarah’s body was found floating in the River Trent near Nottingham on April 19, 1986. An autopsy discovered that Sarah had died five to eight hours after her abduction. The official cause of death was drowning. The autopsy also found that Sarah had been thrown into the river while still alive.

2 The Abduction Of Teresa Thornhill 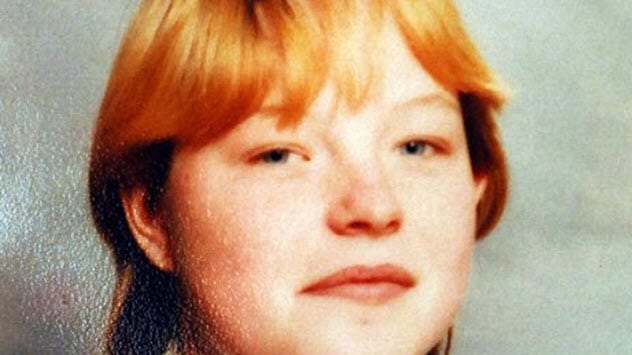 Teresa Thornhill was one of the lucky ones. She managed to fall into the hands of Robert Black and live.

On April 23, 1988, Black was in the Radford district of Nottingham. He faked engine trouble to lure 15-year-old Teresa Thornhill to his vehicle. It is possible that Black mistook Thornhill for a much younger girl as she was only around 150 centimeters (4’11”) tall.

On that night, Thornhill was walking home with her boyfriend, Andrew Beeston. The couple left each other at Norton Street. Once Thornhill was alone, a blue van pulled in front of her. Black got out of the van and opened the hood. He asked Teresa if she knew how to fix engines. When Teresa said no and began to walk off, Black grabbed her from behind.

Teresa put up a serious fight. She punched and kicked Black and squeezed his testicles so hard that he was forced to let her go. Beeston heard Teresa’s screams and ran toward the scene. Black let Teresa go and drove away into the night.[9] 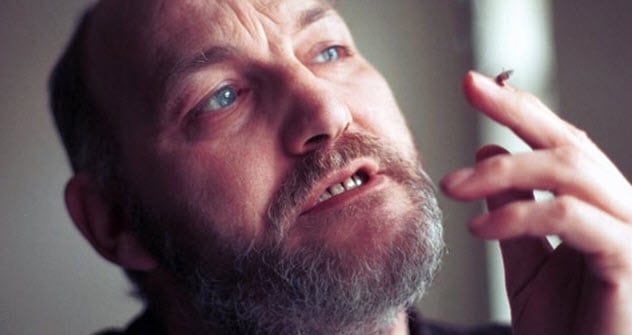 Black was captured in 1990. Police found an injured six-year-old girl bound, gagged, and hooded in the back of Black’s work van in Stow, Scotland. When taken back to the police station in Selkirk, he admitted to the arresting officers that he had sexually assaulted the girl just minutes earlier.

On August 10, 1990, Black was convicted of the abduction and sexual assault of the unnamed schoolgirl. The Edinburgh High Court sentenced Black to life imprisonment based on the evidence in the case.

Four years later, a new trial convicted Black of the murders of Susan, Caroline, and Sarah. Over a decade later, in 2011, Black was found guilty of the murder of Jennifer Cardy. He would only live about four more years.

On January 12, 2016, Black died at age 68 of a heart attack. His last address was a cell at Northern Ireland’s Maghaberry Prison. None of Black’s family members claimed his body.[10]

Before and after Black’s death, many speculated that the serial killer was responsible for more murders in the United Kingdom and across Europe.

About The Author: Benjamin Welton is a freelance author based in New England.