Most people want to avoid going to jail, and why not? Few like being confined and having every aspect of their daily lives being dictated by others. And then there’s the long-term damage, be it psychological, professional, or both.

However, some people are desperate to be imprisoned. They commit simple crimes and beg the courts to lock them up for as long as possible. Judges usually give them what they want. 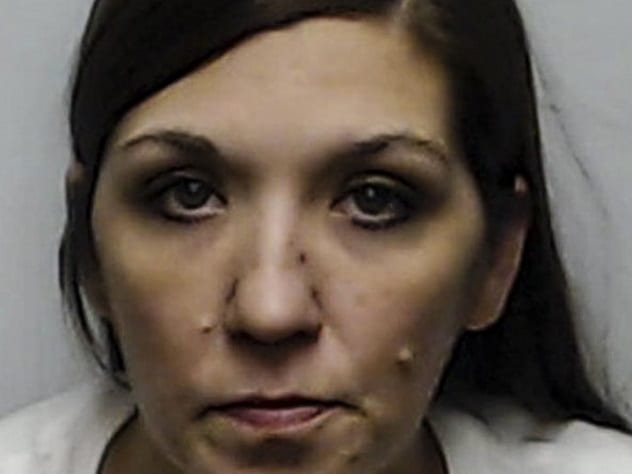 In 2017, Lucy Boyer missed her court appointment. The Indiana woman went to jail early the next morning to turn herself in. A warrant had not yet been issued for her arrest, and investigators offered to help her. They said that they could act as a liaison between her and the court, and they could ask to reset her court date so she could avoid jail time. Boyer adamantly objected and requested to go to jail, which raised their suspicions.[1]

Investigators questioned her, and she admitted to having drugs and contraband hidden inside a body cavity. She eventually removed a baggie, which contained synthetic heroin, prescription pills, and manicure supplies. Boyer said that she had made plans with inmates to deliver the goods for money.

After her contraband was discovered, Boyer told officers that she wanted to take up their offer to avoid jail time, but they declined. She was charged with possessing, dealing, and trafficking a controlled substance. 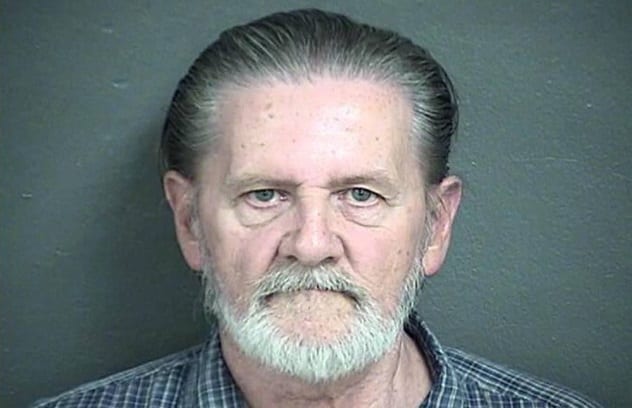 In 2016, Lawrence John Ripple, 70 years old, became annoyed when his wife reminded him that the laundry dryer still needed to be fixed. The reminder sparked a serious argument. Ripple snapped and told his wife that he would “rather be in jail than at home.”

He left home and drove to a Kansas City, Kansas, bank. Ripple went inside and handed the teller a note that read, “I have a gun. Give me money.” She gathered $2,924 and handed it to him. He took the money and went into the bank’s lobby and sat on a chair.

A security guard approached him. Ripple told the guard, “I’m the guy you’re looking for.” The guard took the money from him and held him until police arrived. They questioned Ripple, who said he “no longer wanted to be in that situation,” referring to his homelife.

A few months later, Ripple told the judge that heart surgery had left him depressed and unlike himself.[2] He apologized to the bank and the teller. Ripple was sentenced to six months of home confinement. He also had to serve three years of supervised probation, including 50 hours of community service. 19-year-old Australian Japeth England was distressed when his father was locked up in 2017, and he told his family that he wanted to go to jail with him.[3] England grabbed a small knife and went to the airport, where his father had just been placed on a police plane.

England saw the police car that had transported his father to the airport, and he threw rocks at it. The officers got out of their car and attempted to arrest England. England stabbed one of the officers in the stomach, and he spat in the face of the other.

England was subdued, arrested, and placed in the maximum-security wing of the prison—away from his father. The two had no contact while they were jailed, and England’s father was released one month after his son was arrested.

England pleaded guilty, and he was sentenced to five months in prison and 19 months of probation. 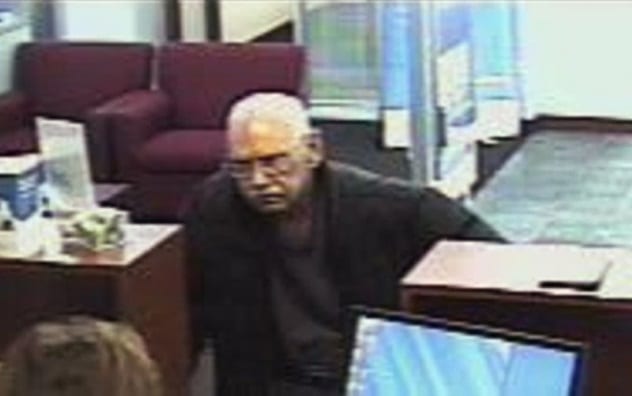 Walter Unbehaun, age 73, had spent most of his adult life behind bars. The South Carolinian had more than half a dozen convictions, ranging from petty theft to armed robbery. After Unbehaun was again released from prison, he realized he had nothing to live for. He wound up in a studio apartment alone, broke, and suffering from the early stages of dementia.

He decided that he needed to go back to prison. In 2013, Unbehaun walked into a bank. He told the teller, “This is a holdup. I have nothing to lose.” Unbehaun then opened his jacket to reveal a gun tucked into his waistband. He took $4,178 from the bank teller and left.

Police released pictures of the robber. A probation officer recognized Unbehaun and contacted the authorities. Police confronted Unbehaun in a hotel parking lot. He dropped his cane, raised his hands, and expressed joy at being arrested. Unbehaun told police, “I just want to go home,” and he added that he “felt more comfortable in prison than out.”[4]

He later apologized for the robbery. Unbehaun was sentenced to three and a half years in prison. Troy Crane was an addict. He wanted to get treatment, but he had no way of doing so. Crane had no insurance, nor could he afford rehab. He realized that he had another option. In 2016, Crane went into a New Jersey bank and demanded that a teller cash a forged check. The teller told him that the bank could not cash the check until the account holder authorized it.

Crane became upset with the employee and left the bank. He later returned. Crane told another teller he needed money and would “attempt to rob this place” if the check wasn’t cashed. The teller gave him some money.

Crane took the cash and sat on a nearby chair. He walked back to the teller and placed the money on the counter. He asked the teller, “How long will the cops take to get here?” Police soon arrived and arrested him. Crane was sent to a jail, where drug treatment is immediately provided to all those who need it.[5] 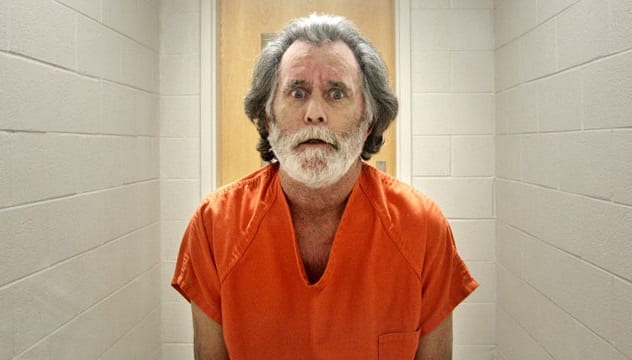 In 2008, Richard James Verone lost his job after 17 years as a deliveryman in North Carolina. He also lost his health insurance. After three years of difficulty finding work, Verone had back pain from slipped discs, painful arthritic joints, and a pain in his left foot that made him limp. But when he noticed a lump on his chest, he knew he had to do something.

Verone decided to commit his first crime. He paid his last month’s rent, donated his furniture, and moved into a hotel. After a short stay, he took a cab to the bank. Verone handed the clerk a note that read: “This is a bank robbery, please only give me one dollar.”[6] After she gave him the money, he told the clerk, “I’ll be sitting right over there in the chair waiting for the police.”

Police arrived and arrested him. Verone received medical treatment while he was jailed. However, he was only convicted of larceny from a person, which meant a much shorter prison sentence than he’d hoped. 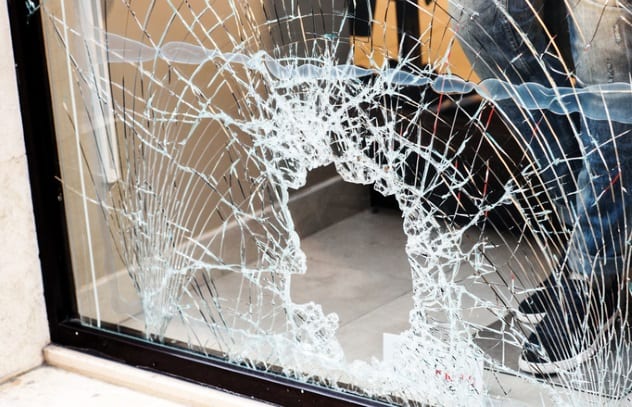 After Lance Emanuel Brown was released from prison in 2011, he went to a local shelter in Columbus, Gerogia. He was kicked out after he had a fight with another resident. Brown was hungry, and he had nowhere to stay. He went to his probation officer and asked what he could do to get back behind bars. The officer offered him a list of social services, but Brown didn’t want them. He wanted to go back to jail.

Brown threatened to kill the president. However, the officers didn’t think his threats were credible. Brown stormed from the building, grabbed a brick, and threw it through the front door. He hoped it would be enough to give him a few hours in a place where “someone’s going to offer me a sandwich and drink.”[7]

It was. Brown was arrested. He spent nine months in jail before his trial. Brown was sentenced to another month behind bars and a six-month stay at a halfway house. 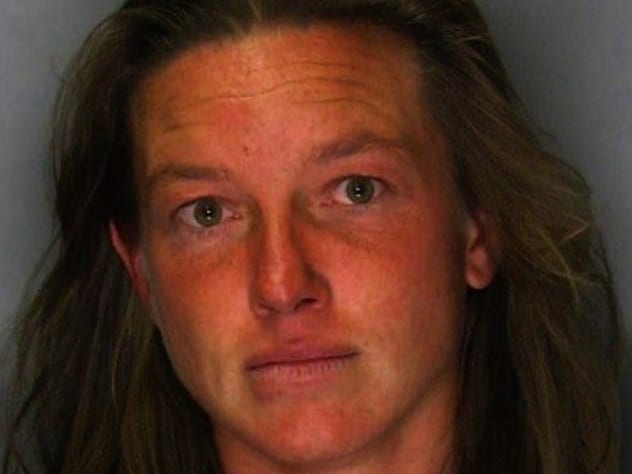 In 2013, Etta Mae Lopez was desperate to stop smoking, but she just could not quit. Lopez realized that she couldn’t could not stop smoking on her own, and she needed to be locked up in a place where cigarettes were not allowed.

She went to a Sacramento County, California, police station and waited for hours until a uniformed officer emerged. Lopez walked in front of the deputy. He tried to move around her, but she kept blocking his path. She stood in front of the policeman, raised her hand, and slapped him in the face.[8] Lopez was immediately arrested, and the deputy brought her into the police station. Once they were inside, Lopez hit the policeman again.

She was charged with assaulting a police officer, and she was sentenced to 63 days in jail and three years of probation. Lopez was also ordered to have “no contact” with deputies. Jamaine Makepeace had no place to go in 2010. He was homeless. However, he was barred from the local shelter. Makepeace also couldn’t stay anywhere for long, as Portsmouth, New Hampshire, police officers told him to move away from roadways and neighborhoods. He tried going to strangers’ doors and asking people if he could stay at their homes, but no one would let him.

He realized that there was one place he could receive shelter. Makepeace picked up a rock and threw it through the window of a Dunkin’ Donuts. The rock bounced back. He picked it up and threw it again. The window broke, and he waited for the police to arrive.

Makepeace was jailed, but he was soon released. He still had nowhere to go. Makepeace went to a hospital. While he was in the examination room, he threatened the staff. A few days later, Makepeace threatened people at a Burger King. Police arrived, and he asked them to bring him to a hospital. They refused, so he lay in the restaurant’s drive-through area.

A few years later, Makepeace was freed and homeless again. He walked to the county clerk’s office and threw several items at the glass doors and windows, breaking many of them. When he was finished, he stood near the broken glass and waited to surrender to police. He told them that “he was tired of being on the streets and begging food from people,” and “he figured he would do enough damage to get a year in jail.”[9] As a transgender woman, it was difficult for Linda Thompson to find a job or a homeless shelter where she was welcomed. To support herself, she stole copper wires and metals, which landed her in prison several times.

In 2016, shortly after Thompson had been released from a six-year prison sentence, she was assaulted in a park, and she suffered facial fractures. Thompson decided she couldn’t make it on the streets. Prison had become home, where she did not have to explain who or what she was.

Thompson walked into a bank in Cheyenne, Wyoming, and handed the teller a note that read, “I have a gun. Give me all your money.” The teller handed over a thick bundle of cash, and Thompson took it and walked away. She threw some bills into the air and gave cash to passersby. Thompson sat down in a nearby parking lot, placed the rest of the money in front of her, and waited for the police to arrive.

Thompson confessed immediately, and she was arrested. She pleaded guilty to the robbery and told the judge: “I’d like as much time as possible.”[10] She was sentenced to six years in prison.

For more of the atypical side of crime, check out 10 Of The Dumbest Criminals In The World and 10 Criminals Who Butt-Dialed Police On Themselves.