The life of a clock seems straightforward. Tick until the battery pops, wait for it to be replaced, then tick some more. But just like cats, these time-keepers have a secret life. They influence each other, warp time, and attract the unconventional fringe in art. Thanks to the latter, people can now scare their kids with the biggest cuckoo bird and a grasshopper reminding everyone of their doom. Good times.

The Corpus Clock is a well-known sight in Cambridge. After it was donated in 2008 by designer John Taylor to Corpus Christi College, clock fans have visited the public monument. The device is plated with gold but some visitors are creeped out. The twinkle cannot hide the monster nor its message.

Things look good at first. The swirling face represents the Big Bang, said to be the birth of time. Instead of numbers and hands, rings of LED lights counts the seconds, minutes, and hours. When the hour strikes, a chain rattles and a hammer hits a coffin. This reminds onlookers that they will die. Then there is the large grasshopper sitting atop the clock. This is the Chronophage or a time-eater. It “eats” every passing minute by snapping its jaws, probably as another hint not to take time for granted.[1]

Cuckoo clocks. You either love them or donate them to a garage sale. Their trademark is the little bird that pops out at certain times, with emphasis on “little.” They are designed to be petite and weightless to make the moving parts slicker and the clock light enough to go on a wall. One clockmaker did not care about all that. He wanted a big box and a cuckoo worthy of nesting inside.

For inspiration, he chose a small, 100-year-old timepiece. Once the replica was completed, it was 60 times larger than the original. The buffed-up bird that shoots from it weighed 149 kilograms (330 pounds) and measured 4 meters (14 feet) long. Those who wish to scare themselves with the world’s biggest cuckoo can visit the clock in Triberg, in Germany.[2]

8 A Clock Waking People Up With Coffee 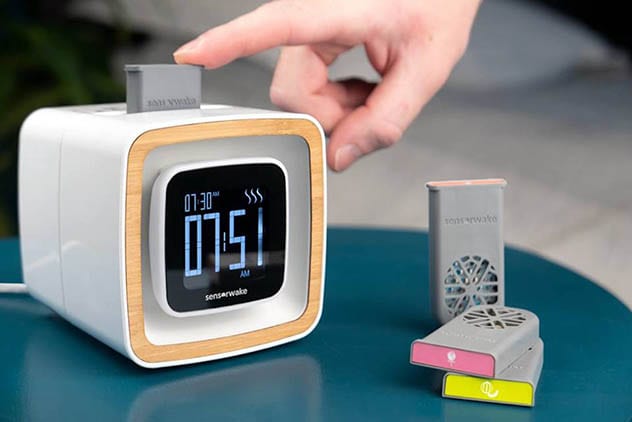 Nobody likes being woken up by an alarm clock. But there is hope for those who love their morning coffee, breakfast, as well as a gentler start to their day. In 2016, a French student used his country’s love of food to invent a clock that wakes people with delicious aromas.

Called Sensorwake, the clock tickles the nose with flavors like fresh croissants, roasted coffee, chocolate, and peppermint. Sleepyheads who love nature can also enjoy the smell of freshly cut grass, leaves, and flowers. For instance, if a mowed lawn makes somebody perky in the morning (for some bizarre reason), they can insert a grass-scented capsule inside the clock. Each capsule lasts for about a month.

Several studies have pitted sound against smell. In the experiments designed to wake people up, aromas tended to fail. However, the inventor of Sensorwake insists that the culinary clock works—and he is right. The Frenchman included a regular alarm that goes off 3 minutes after the aroma is released. If the hayfever does not wake you, the usual screeching will.[3]

7 A Clock Moving With History 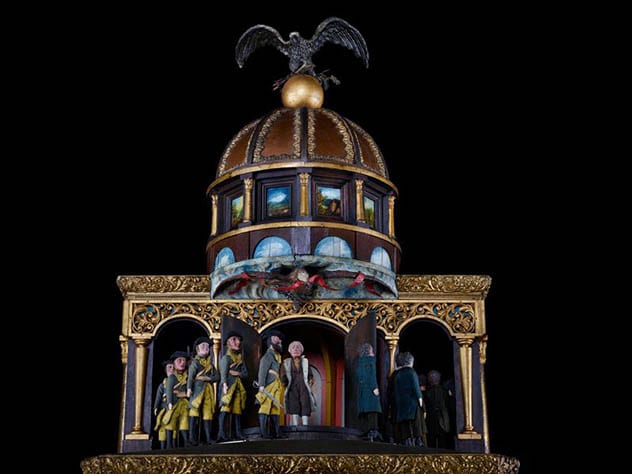 Entertainment was different during the 19th Century. Without radios and the Internet, the public had to settle for novelties. A favorite was the Great Historical Clock. Crowds gathered to gaga over its moving, theatre-like carvings that played out American history. They included a tiny painting that turned as the falling “water” of Niagara falls, Pocahontas pleading for John Smith’s life, and Paul Revere on his horse. George Washington popped out as the “cuckoo.” But nothing stays popular forever. After traveling between several countries, people forgot about it and the GHC disappeared.

In the 1980s, the Smithsonian Institute found the clock in storage and restored it in 2017. Unknown scenes came to light but the carvings, old and new, made up just one half of an amazing clock. The team found a music box inside and the shaft that powered all the moving parts. They also discovered that the clock was designed to be taken apart. That made sense since it traveled a lot and measured 3.9 meters (13 feet) tall and 1.8 meters (6 feet) wide. Dismantling the GHC into smaller pieces would have made it easier to transport to the next show.[4]

In 2018, the clocks in several European countries lost their unity. At first, nobody noticed. A few months later, the time difference became too obvious to miss—some clocks ran 6 minutes late. There was nothing paranormal going on. The wrinkle in time was caused by politics.

Clocks that use the grid need a certain amount of electricity to count the hours. In Europe, 50 Hz keeps a timepiece regular. But for months, the grid ran on 49.996 Hz. The dip was eventually tracked to a power plant in Kosovo which was lagging due to maintenance issues. Kosovo said Serbia was responsible for the upkeep. Serbia said the same thing about Kosovo. On paper, Serbia was left holding the baby but apparently the situation was politically more sensitive than that.

Thanks to the weakened grid, every clock on mains power fell behind. These included heaters, microwaves, alarm clocks, and ovens. Clocks that updated themselves with the Internet or had batteries kept the correct hour. At the end of the day, the plant was restored and 25 countries returned to the right time.[5] 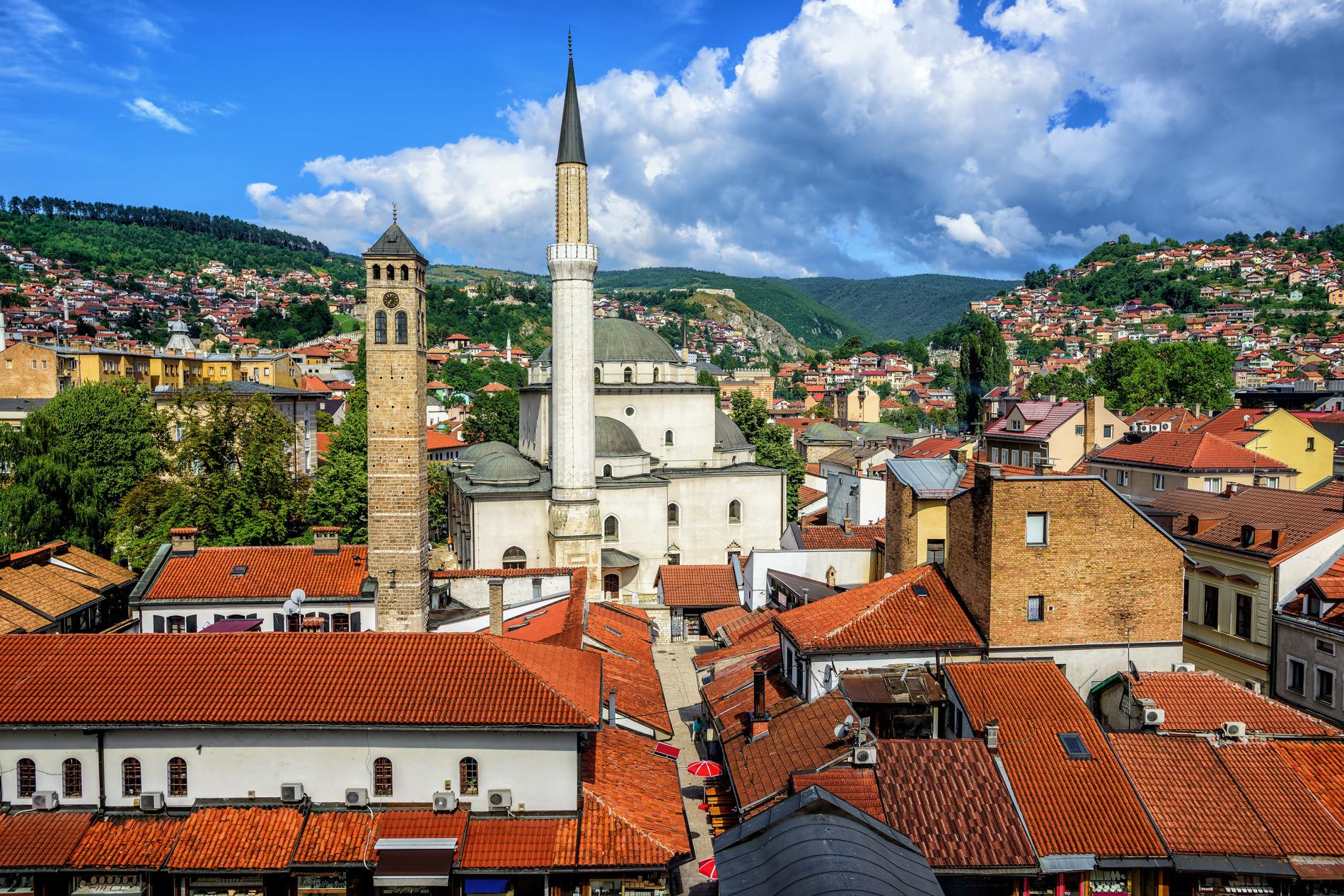 Twice a week, for the past 50 years, Mensur Zlatar climbs a tower called Sahat-Kula. Using an ancient treasure—the last public lunar clock—the tower calls Sarajevo’s Muslims to prayer time. Zlatar’s job is to manually reset the device. Should he forget, the tower will fall silent within a few days.

But Zlatar never forgets. To say that he is dedicated is an understatement. During the 1990s, Sarajevo suffered a siege that lasted for 1,425 days—the worst and longest siege in modern warfare. Countless civilians were picked off by snipers but Zlatar kept visiting the tower and somehow avoided getting shot.

The clock tower was raised during the 16th century when people relied on public clocks and timekeepers were honored. But these days, the position is more like a caretaker’s. Pushing it further into obscurity is the fact that the public has lost the ability to read lunar time and they prefer their own digital watches. Even so, the clock and its keepers continue to serve the community.[6]

Around 1386, the bishop of Salisbury Cathedral bought a clock. Back then, it was the pride of the community but today, it looks more like an industrial machine. The cogs are massive iron wheels. The device also works with a weight-and-pulley system that runs halfway up the cathedral’s walls. Incredibly, the Salisbury clock is 600 years old and continues to tell the time. Indeed, this is the oldest mechanical clock that still works.

Each morning, the ropes of the pulley system are wound around barrels. This pulls several weights towards the ceiling. As the day goes by, they lower back to the floor. The lowering is controlled by a mechanism inside the clock (a horizontal beam swings on a thread and pushes a rod against a wheel’s teeth every four seconds). For modern times, this is a simple design. But during medieval times, the clock’s technology was so cutting-edge that the designers probably calibrated it with a sundial or a water clock.[7] 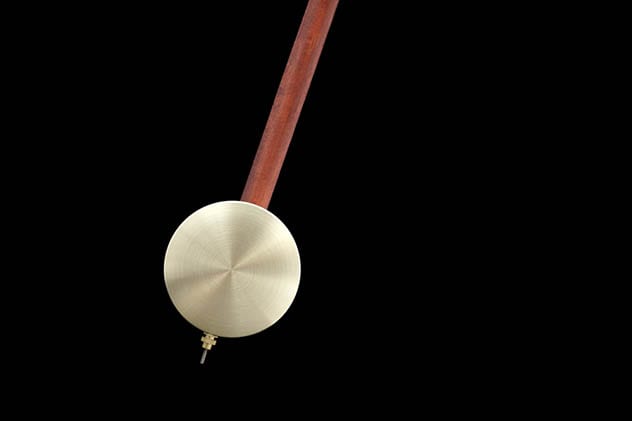 In 1665, the inventor of the pendulum clock was sick in bed. During this time, Christiaan Huygens stared at his clocks and noticed something odd. No matter how they started, within half an hour their pendulums started to swing in opposite directions. Huygens was also a renowned Dutch physicist but despite his training, he could not solve the mystery.

He did notice that the two clocks were mounted on the same beam. This detail led scientists astray for centuries. They agreed that a mysterious force ran along the beam and made the clocks sync up. But nobody knew how it worked.

In 2015, a team from Portugal hung two pendulum clocks on a wall and removed the support beam. The devices still synced. As it turns out, there is a force—the pendulums create sound pulses that travel through the wall (not the beam). Each clock sends out a wave and resists the wave that comes from the other clock. This creates mutual friction but it doesn’t last. Everything in nature follows the path of least resistance and for pendulum clocks, this means swinging in opposite directions.[8]

2 Clocks That Are Accurate For Billions Of Years 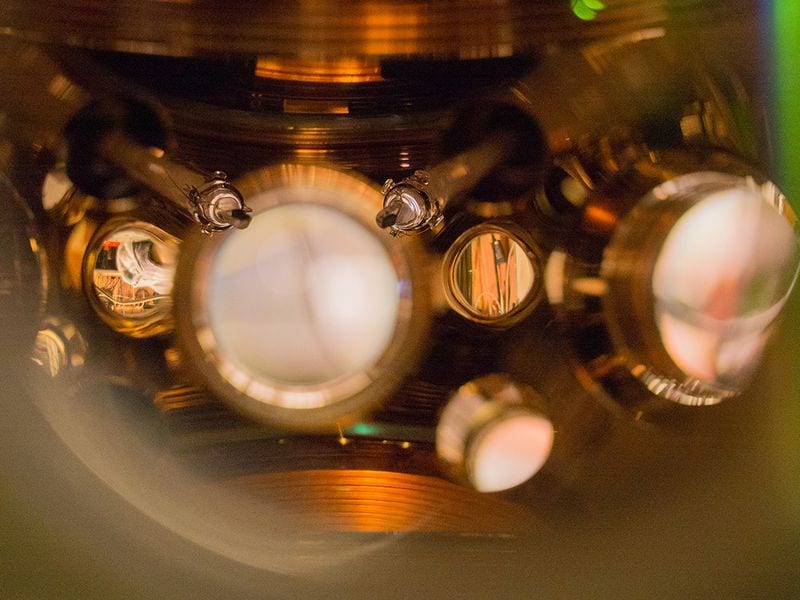 Most time-losing tickers revive with a battery swap. But some devices lose minutes no matter what you do. Somebody who hates this is the National Institute of Standards and Technology (NIST). Or maybe they were just bored and wanted a fun project. Either way, in 2015, a NIST team decided to use strontium atomic clocks to create a timepiece that will never lose time.

These clocks do not run on mechanical means. They are powered by lasers that track the vibrations of strontium atoms. The atomic fizz is more accurate than most, but it was far from perfect. Once the NIST team tweaked the errors from the strontium clock, it became so precise that 15 billion years must pass before one second is lost.

Being accurate for a senseless amount of time is not the clock’s only skill. When held near the Earth’s surface, the device also senses gravity. Thanks to this, a network of these clocks could one day create the ultimate 3D map of the planet.[9]

According to physicists, time is not consistent. In other words, it behaves differently in different places at the same time. This theory also claims that clocks add to the inconsistency because they blur the flow of time. However, only exceptional devices like atomic clocks are capable of this. Sorry, egg timer.

The idea that clocks can warp time is based on two cornerstones of physics—Heisenberg’s uncertainty principle and general relativity. Both suggest that the more precisely we view something, the less we can measure its momentum. This includes time.

At the core of this weirdness is energy. To understand the momentum of time, scientists must measure a clock’s energy. But atomic clocks, which split fractions of a second, are so precise that scientists struggle to calculate their energy. Ironically, that lowers the precision with which time near the device can be measured. As simple as it sounds, this is time-warping in action.[10]