England is a land long known for its eccentricities. From their love of pigs blood-laden black pudding for breakfast to the judicial system which insists on using syphilis-masking wigs, cheese rolling, and pope effigy burning; the English have a long and proud tradition of kookiness. Here are some of the finest oddballs England has ever produced. 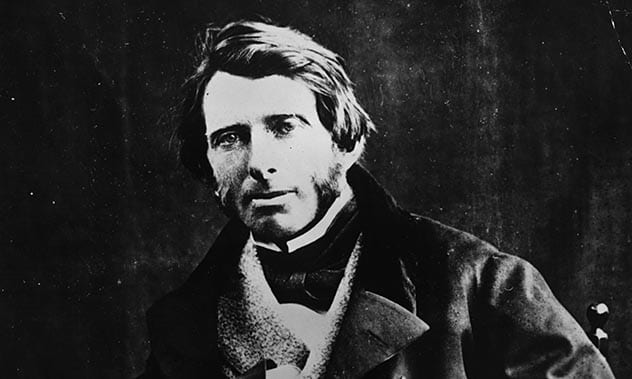 All good stories of English peculiarities should begin in the same way the story of John Ruskin begins here—Notable art critic and writer John Ruskin married his cousin in 1848. (That explains A LOT in this list’s wider context, does it not?)

Ruskin’s genius is undoubted but this did not translate into charisma with the ladies. In fact, he was downright disgusted by the fairer sex. His unhappy marriage to Effie Gray was never consummated, Ruskin flat out refused to do so as well as treating her in an unfair and cruel fashion. So profound was his distaste with the female form that, when he founded the Ruskin School of Art in 1871, students were not allowed to sketch, paint or sculpt depictions of nude females…in an art school.[1] 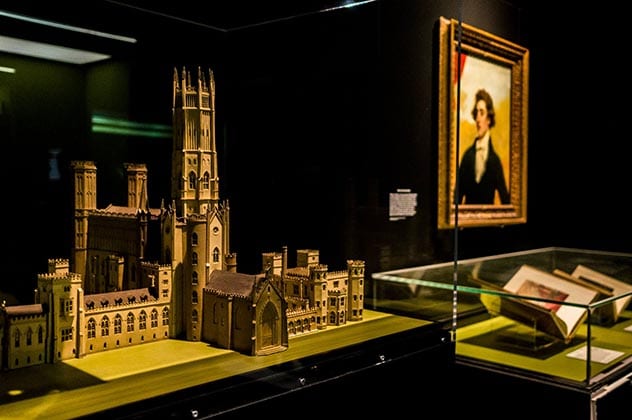 This bloke was a real-life ‘Ritchie Rich’, the comic book boy billionaire. Beckford inherited a stupendous £1 million in 1770 at the age of 10, (adjusted for inflation, that’s around a gazillion and a half US Dollars and 43 cents) along with a few sugar plantations in Jamaica and 1,600 African slaves. Given his newfound wealth, the young Beckford grew to enjoy and expect the finer things in life. He was an art collector, great literary mind and collector of harems of young boys to cavort with. But he had a particular penchant for gothic architecture and, like any decent, god-fearing insane millionaire novelist, decided to build himself an abbey to live in and carry on his love affair with William Courtenay, his 11 year old cousin.

After employing 500 local men for a period of six years, the brand spanking new home was completed on his sprawling Wiltshire estate. ‘Fonthill Abbey’ was put in place by builders who were liberally plied with beer in order to keep them working on the strange project; nobody could have been very surprised when the 300ft spire snapped in half. Seven years later and the tower was back up, allowing Beckford to live in peace . . . with his sole servant, a Spanish dwarf.[2]

8 Mary Amelia ‘Emily Mary’ Cecil, Marchioness of Salisbury—Mistress of the Hunt who was Gone in a Flash 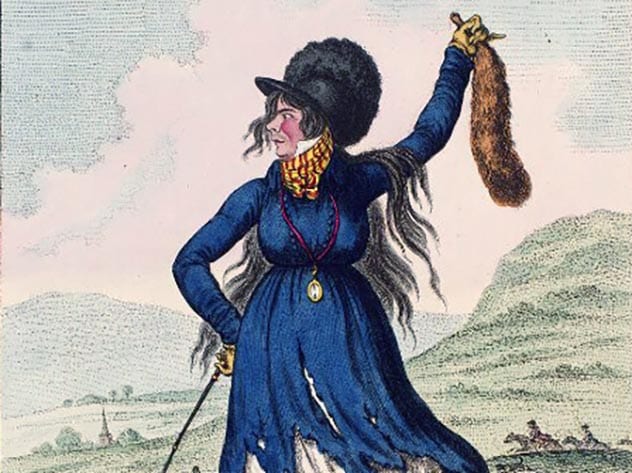 When people get to the age of, say, around 70, a most curious metamorphosis occurs; the once fashionable begin to choose comfier and comfier apparel until they are little more than shrunken heaps of woolly sweaters, deck shoes and bulky cataract glasses. Imagine seeing a 90-year-old punk rocker? The first Marchioness of Salisbury, on the other hand, refused to go gentle into that loungewear-draped night.

She was quite the sportswoman, loving a good fox hunt like many of her fellow countryside-dwelling, upper class lords and ladies. Lady Cecil continued with this hobby well into her seventies and, due to her failing eyesight and poor balance, had to be tied to her horse whilst leading the hunt. She was most notable for her fashion sense, however, continuing to don the fashionable highly decorated wigs once popular when she was young. This nostalgic predilection caused her horrible death when, whilst sitting at her writing desk in the west wing of her country manor, her huge wig caught fire from one of the candelabras, causing severe damage to the house as well as taking her life. Some charred bones and a set of dentures was all that could be found of the eccentric octogenarian.[3] 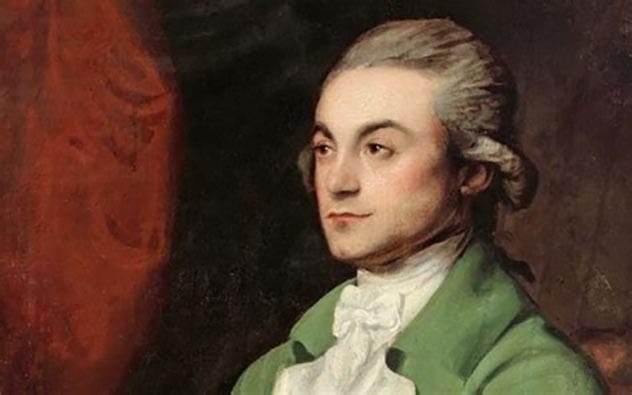 “The richest of all the savants and the most knowledgeable of all the rich” was how famed French scientist Jean Baptiste Biot described the ‘The Honourable Henry Cavendish’, a man perhaps best known as one of the most important and influential experimental chemists of the eighteenth century.

Among his most important discoveries and inventions are numerous astrological instruments, discovered the chemical composition of both air and water, worked out the properties of electrical resistance 50 years before Georg Ohm and calculated the effects of gravity on light rays over a century before Einstein and, most incredibly of all, calculated the mass of the Earth as so accurately that his conclusion has only been fine tuned, barely changing at all. He was also very reclusive and had no idea what the worth of money was. When one of the staff at his home fell ill, colleagues organised a whip around for the man and asked Cavendish to chip in. A couple of pounds would have been most generous but Cavendish, without knowing what he was doing, pledged £10,000—an amount that would be incredible today![4] 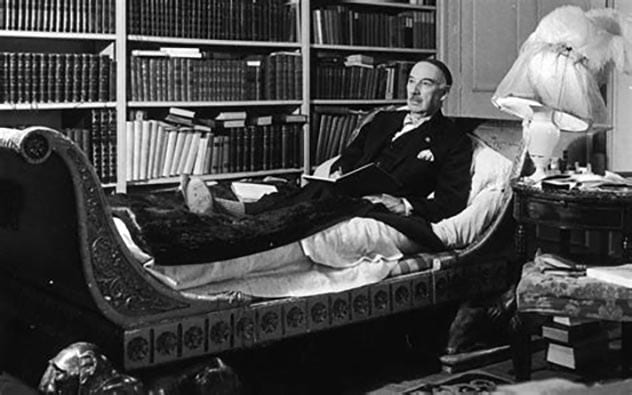 Tyrwhitt-Wilson, a strange and eccentric child, grew up to be a strange and eccentric adult. His meals were planned and served according to which colour he was in the mood for on any given day (green, one assumes, would be asparagus soup, mixed leaves, peas and a kiwi fruit fool). He built a folly tower on his estate, Faringdon in Oxfordshire, England, in 1935, despite the protestations of local planners. A sign near the completed tower read: ‘Members of the public committing suicide from this tower do so at their own risk’.

Lord Berners was a sprite, ready to play tricks and practical jokes on his friends and acquaintances. Like most of us who use trains, he loved having his own space, so he’d dress in the strangest garb possible, leaning out the window at stations to invite strangers to sit with him. Few did. Those brave enough to join the strange Lord Berners would soon leave, given his need to check his own temperature every few minutes…with a rectal thermometer.[5]

“Here lies Lord Berners
One of the learners
His great love of learning
May earn him a burning
But, Praise the Lord!
He seldom was bored.”
– Epitaph on gravestone of Gerald Hugh Tyrwhitt-Wilson, 14th Baron Berners

5 David James, MP for Brighton Kemptown—In Search of Nessie…and his Seat in Parliament

I reeeeeeallly want the Loch Ness Monster to be real, (along with UFOs, Bigfoot and guardian angels…the magical kind, not the vigilante guys on the streets of New York—they’re real, I think). Another person who wanted to find Nessie was the David James. The difference between he and I? I don’t actually believe that Nessie exists and I’m not the Member of Parliment for Brighton Kemptown on the south coast of England.

During the general election of 1964, James lost his seat to a challenger from the rival Labour Party, the first time they had won the seat. Despite the conventional wisdom dictating one should knock on a few doors, attend debates and kiss a few babies in your district if you want to win an election, David James had far more important plans—he was on a three-week hunt for the Scottish cryptid. Needless to say he had no luck finding his elusive aquatic dino-pal but you must admit, this was a man with a plan. A really stupid plan.[6]

4 Admiral Algernon Charles Fieschi Henage—Cleanliness is next to Godliness, Sloppiness gets you Punished 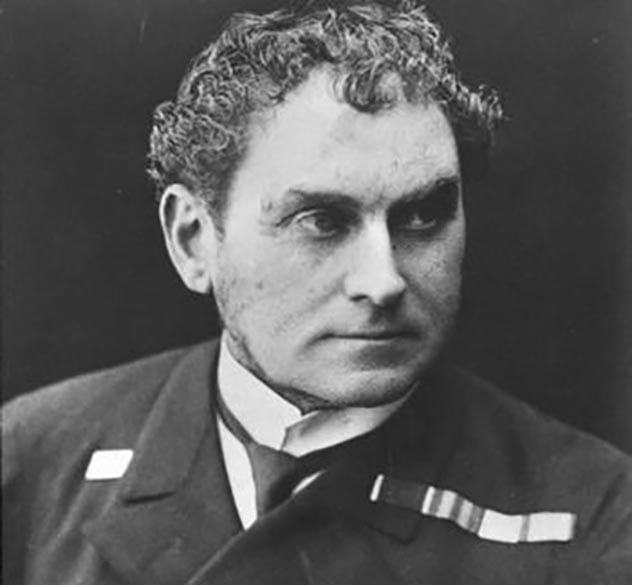 Was it daily gun drills to ensure optimal firepower at the highest possible rate? Was it an insurance that supply lines are seamless so that the men of the fleet are well fed, well watered, healthy and ready to engage? No. A clean ship was the real weapon in Admiral Henage’s view. How did he ensure this? Henage would tour his ship with a pair of white kid gloves on, a coxswain in tow with a mound of fresh gloves carried upon a silver platter, and run his finger along every possible surface in search of schmutz. Any dirt of grime found could well spell an ignominious end to an officers’ time in the Navy. And that is how Britannia ruled the waves.[7] 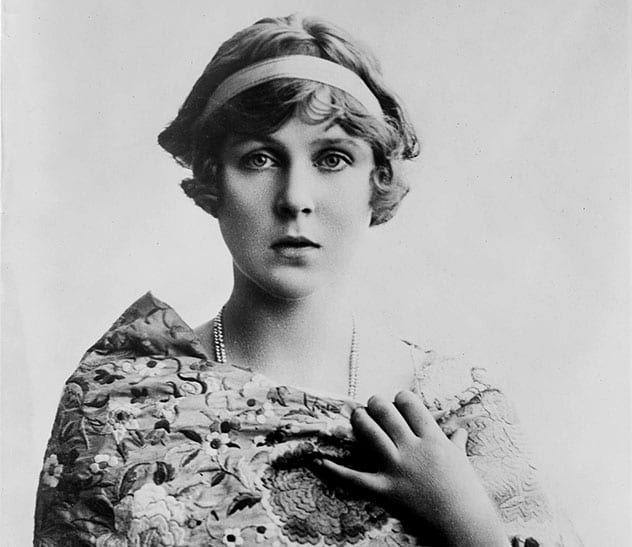 One could write an article, (or ten articles, or a book), on the life and times of Lady Diana Cooper, the leisure-loving socialite, muse for Evelyn Waugh, and the “most beautiful girl in the world”. Let’s just focus on a couple of elements and hope that will suffice to highlight this High Priestess of English eccentricity. During the Second World War, Lady Cooper had an amazing brain wave, a way to save London from the dreadful nightly bombings the city suffered through. It was a simple idea, quite elegant in its simplicity; place giant magnets in London’s parks…the War Office didn’t adopt the plan.

The other stand-out story amongst the myriad of droll tales about Lady Cooper occurred at a reception for the 100th birthday of musician Sir Robert Mayer. Lady Cooper was schmoozing with all the well-to-do party guests and found herself chatting to a very well-dressed lady. She gabbed away in her usual, effervescent, bizarre way until she realised that the fancy lady she was blathering at was the Queen. She quickly curtseyed and offered a quintessentially Cooperian apology for her informality: “I’m terribly sorry ma’am. I didn’t recognise you without your crown on”.[8] 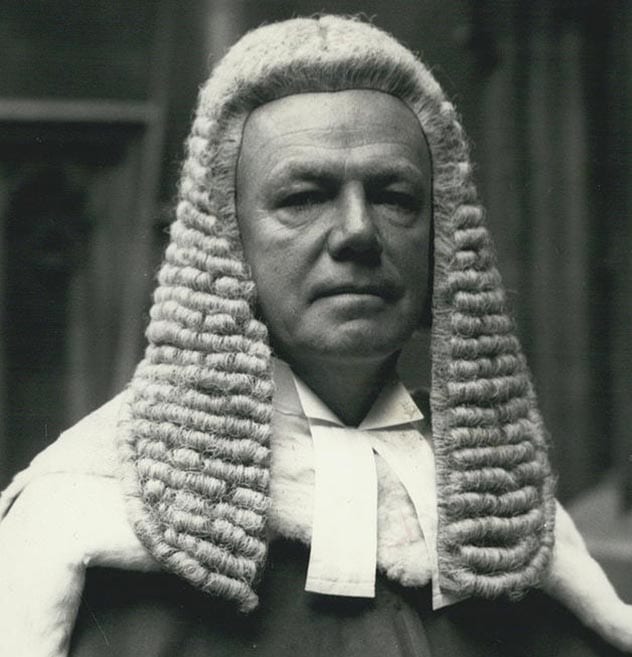 We’ve read about at a lot of kooky, odd folks in this article thus far and it’s fun and whimsical but imagine one of their oddballs had your life in their hands. Terrified yet? This was the case for many defendants facing a trial presided over by Justice Sir Melford Stevenson. Know for making inflammatory comments during the many trials he presided over; he called bookmakers a “bunch of crooks”, called the city of Birmingham in the Midlands of England a “municipal Gomorrah” and, during a divorce hearing, described the fact that the husband lived in Manchester as a “wholly incomprehensible choice for any free man to make”. He decided to run for parliament in 1945 and, on claiming to want a clean, smear-free campaign against his opponent Tom Driberg, promised not to mention Driberg’s “alleged homosexuality”. This non-PC judge holds the dubious record of having the most decisions overturned by the Court of Appeal in a single day, 3, to which he commented “a lot of my colleagues are just constipated Methodists”.[9]

1 Kenneth Cecil Gandar-Dower—Not quite the Sport of Kings 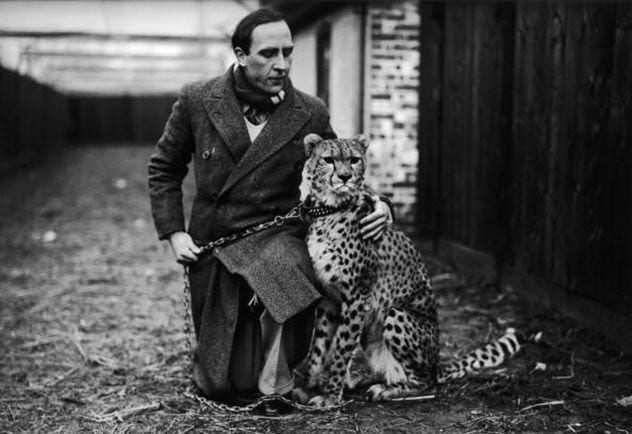 England has a long tradition of multi-sports practitioners, men and women who have excelled in many sports. Nobody exemplifies this more than Kenneth Cecil Gandar-Dower who was an excellent cricketer, master of both Eton and Rugby versions of the game ‘fives’, tennis, squash, billiards—the list goes on. Kenneth Gandar-Dower was also a prolific traveller and adventurer, a pioneering aviator, discoverer of parts unknown on behalf of the Empire. He was also the inventor of the stupidest spectator sport in history.

Greyhounds are quick but they aren’t as fast as cheetahs. We make greyhounds race…catch my drift? Gandar-Dower certainly had that ‘drift’. It didn’t work. Because, as I’m sure we all know, Cheetahs are not Greyhounds. Locals became quite afraid at the notion of marauding bands of hungry cheetahs looking for a meal in West London, (the big cats didn’t really want to race, they simply wandered around searching for food). Despite the waning interest in Gandar-Dower’s weird idea, we can all salute the craziness of the man, as well as all these supreme oddballs in this list.[10]

About The Author: CJ Phillips is a writer and actor living in rural West Wales. He is a little obsessed with lists.