Religions – no matter how much they adhere to principles of poverty – have produced some of the most magnificent pieces of architecture in man’s history. Using our Top 10 Organized Religions and their Core Beliefs as a source for the religions chosen to be shown here, we have found images of the most incredible and significant building and temples for each. In the course of writing this list I have come across a large number of beautiful places I never knew existed; I hope this experience will be yours as well when reading it. For the sake of brevity I have not described each religion – see the original list for a more detailed explanation. 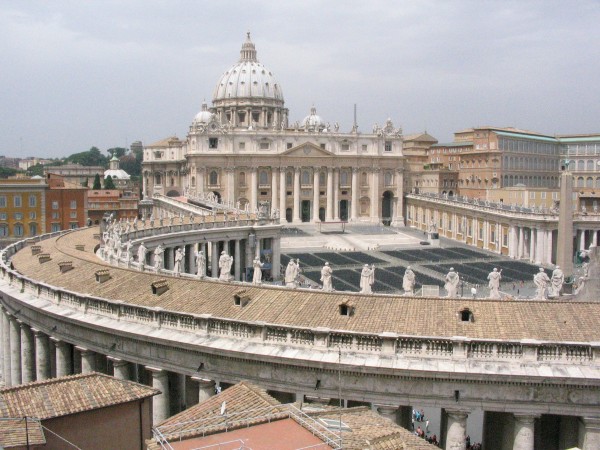 St Peter’s Basilica is found in Vatican City and has been at the center of the Catholic Church since it’s very beginning. In the first century AD St Peter was buried in that spot after his crucifixion. Because of his importance as first pope the place was remembered and revered by the early Christians. In the 4th century the first basilica of St Peter was built there and that was replaced in the 16th century by the current Basilica – designed by Donato Bramante, Michelangelo, Carlo Maderno and Gian Lorenzo Bernini. It is one of the greatest (if not the greatest) works of renaissance architecture to exist today. Contrary to popular belief, it is not the official Papal basilica – that honor is held by the Archbasilica of St. John Lateran. 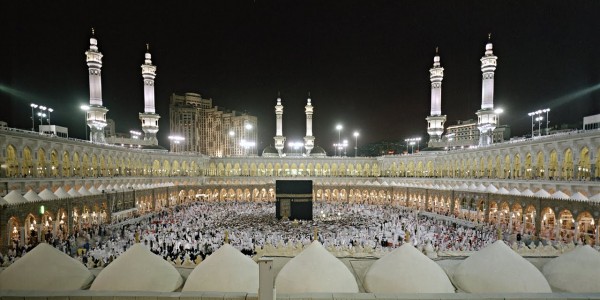 Masjid al-Haram is a huge mosque in Mecca, Saudia Arabia – it is the largest in Islam and is home to the Kaaba – a black square construction towards which all Muslims must pray every day. The kaaba is believed to contain a stone bearing the footprint of Abraham as well as a black stone which Muslims say was a meteorite that fell from Heaven to show Adam and Eve where to build an altar. The consturction of Masjid al-Haram began in 630 AD when Mohammed won a military victory in the place and began to govern under his law. 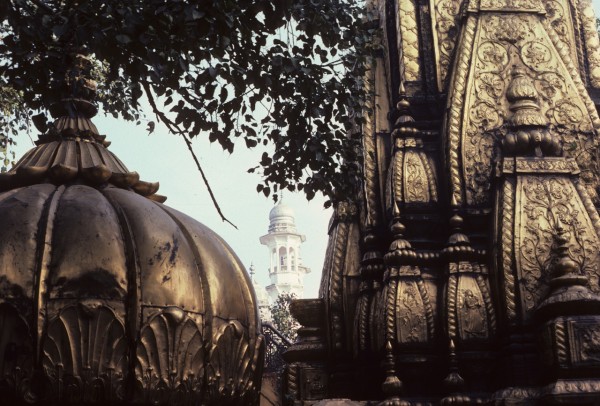 Kashi Vishwanath Temple is one of the most sacred temples to Hindus. It is located in Varanasi (a city mentioned in the Hindu scriptures – home of the god Shiva), India. Hindus are expected to travel at least once in their lifetime to Varanasi and they should also ideally scatter the ashes of their dead family members in the Ganghes river there. Hindus believe that the town is the oldest living town in human history. The temple has a fifteen meter high gold spire, part of which is pictured above. 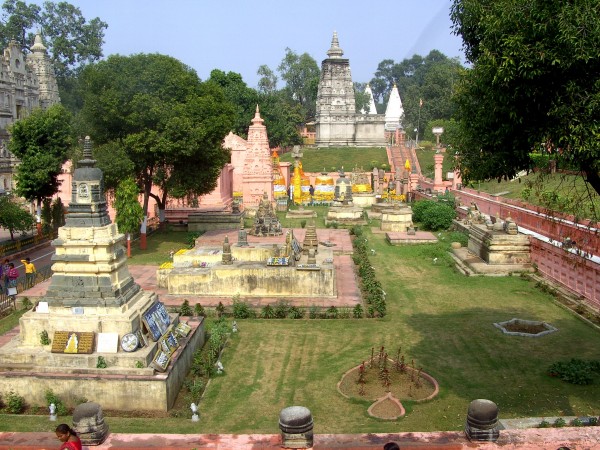 The most important place in Buddhism is the Mahabodhi Temple which is built on the site which is believed to be the “Navel of the Earth”. It is the location of the Bodhi Tree under which the first Buddha is said to have attained enlightenment around 528 BC. The temple is in the state of Bihar in India. Unfortunately in recent years the temple has been plagued with accusations of fraudulent use of donations and selling of sacred objects for profit. 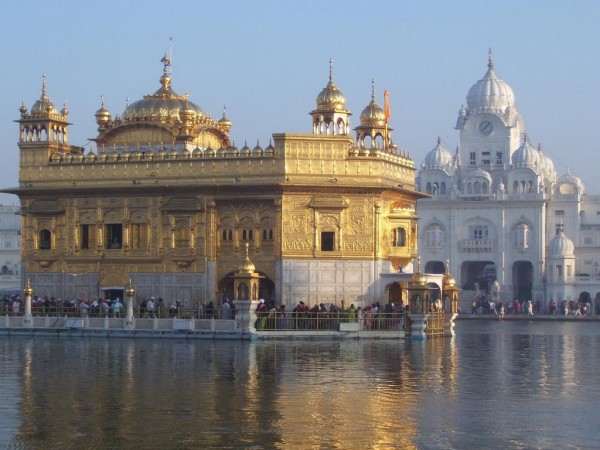 Sri Harmandir Sahib is one of the holiest sites in Sikhism. It is located in Punjab, India and was built in 1574 AD. It contains the holiest scriptures to Sikhs, Guru Granth Sahib – a variety of poems, hymns, and religious instructions. The temple is also called the “Temple of Gold” as its upper floors are covered in real gold. 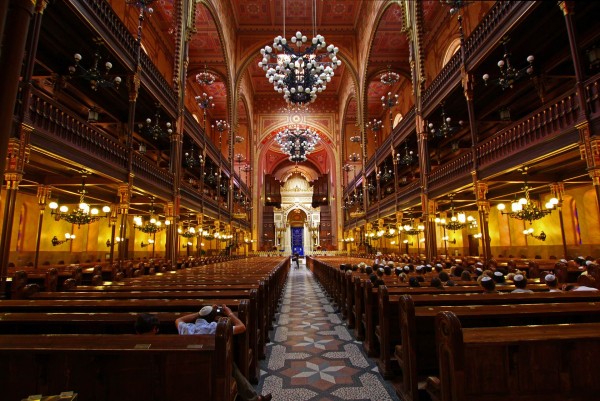 Obviously there is no longer a Jewish temple to include on this list so I have chosen the Great Synagogue in Budapest instead. It is the largest synagogue in Europe the fifth largest in the world. It houses a holocaust museum, school, and a cemetery. It was constructed in 1854 and can seat three thousand people. 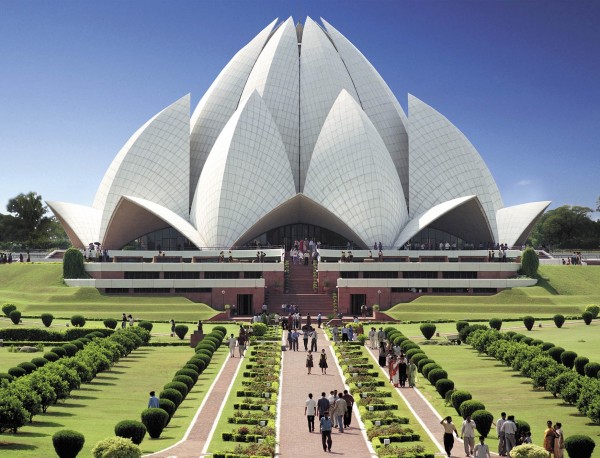 While not the primary Baha’i temple, the Lotus Temple in India is the newest and certainly most interesting structurally. It is designed to look like a lotus blossom and it succeeds rather well. It was built in 1986 making it the newest building on this list. All religions are welcome, no sermons are allowed, and music is permitted but musical instruments are not. 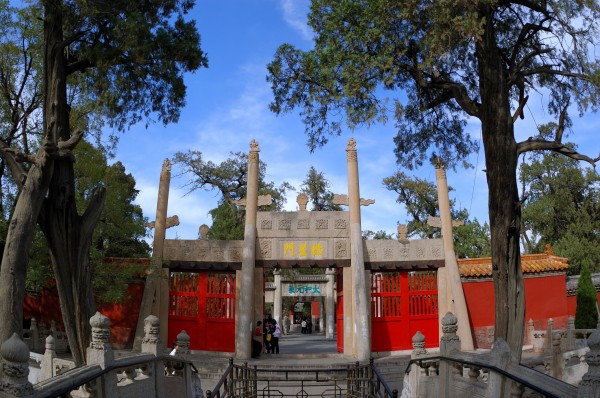 The Temple of Confucius in Qufu, China is the most important temple for Confucianism. It was the first built, is still the largest, and is also now a world heritage site. It is the largest cultural site in modern day China and because it was underwent repairs from fire damage just after the building of the Forbidden City, it bears a striking resemblance to many of the features found there. 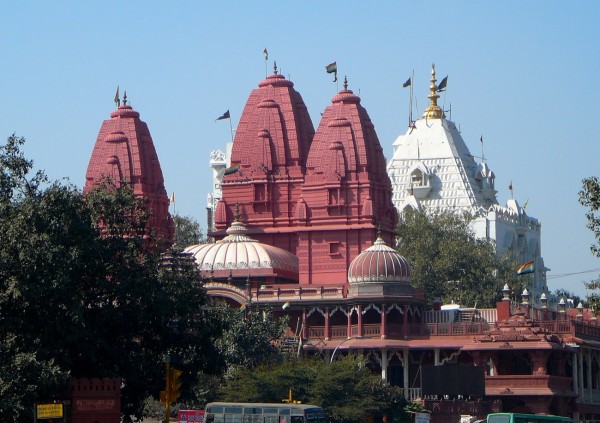 Sri Digambar Jain Lal Mandir, the largest and oldest Jain temple is located in Delhi, India. It was established in 1656. It has some interesting rules attached to those who wish to enter: no food (not even crumbs left in the mouth), no leather, and no women menstruating. Other significant historical buildings are found in the same region so it is worth considering visiting. 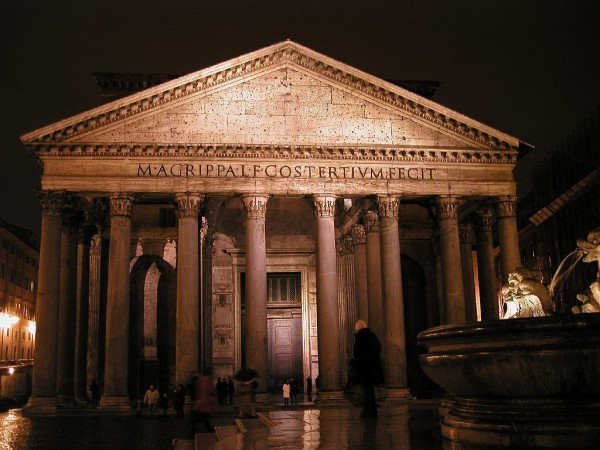 Okay I am cheating a bit here. In first place (for lowest number of adherents) was Shinto but, alas, Shinto shrines are horribly boring to look at! So in its place I present the finest standing temple built to honor all the gods of Ancient Rome. The Pantheon is a stunning work of construction built in 27 BC. It remains to this day thanks largely to the fact that it was taken over as a Catholic church when Roman paganism began to falter. While there are many Christian modifications to the temple to make it suitable for Christian worship, it does still retain many of its original pagan elements – including numeric and symbolic elements in the design. It is, as one would expect, located in Rome.