There is some scientific evidence of true psychic abilities. For example, social psychologist Daryl Bem ran experiments with over 1,000 subjects and found that eight of them showed clear-cut evidence of precognition or premonition.

Etzel Cardena, another parapsychology researcher, found that the Ganzfeld procedure provided evidence of true psychic powers as well. With the Ganzfeld procedure, participants sit in soundproof rooms while blindfolded. They are asked to talk about a film clip they’ve never watched. The snippet is either played in another room at the same time or shown to them afterward.

Then another set of people is asked to use the blindfolded partipants’ descriptions to accurately choose the clip from a group of film excerpts. Some people were able to choose the correct film clip based on the psychic’s description.

However, far more evidence shows that many so-called psychics are utter fakes who scheme to make you believe they have unusual powers. Check out these tricks that fake psychics play on you.

10 They Keep You Talking One of their biggest tricks is to keep you talking. The longer you chatter, the more information you may give to the fake psychic. They can use this to do your reading.

In the end, you will pay more (and not necessarily just financially). This is especially true for phone psychics as their services are often $3.99/minute or more.[1]

9 They Ask For Personal Information 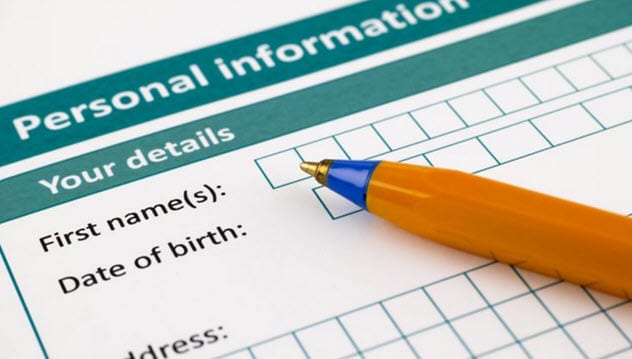 After most fake psychics talk to you for a while and make you feel comfortable, they will ask for your name, birth date, and address. They claim that this will help them to give you a proper reading.

In reality, fake psychics use this information to spam you with frightening demands like “you’re in danger, call immediately” or “I see that someone has cursed you, you need to call me now!”[2]

The purpose is to get you to call about the message or physically come to their place of business. Then they try to keep you there for as long as possible. After all, time is money for them. If they were true psychics, they wouldn’t need any information from you at all. 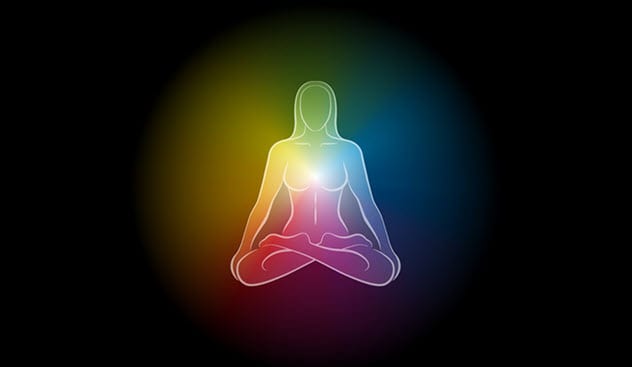 The whole idea with fake psychics is to keep you coming back for more. One way they do this is by using flattery and false claims. The flattery is supposed to make you trust the psychic as a friend.

Once they feel you are comfortable, then they break out the false claims. For example: “You have a very interesting aura. I’d like to do an in-depth advanced reading on you. How does next Tuesday sound?”

If the psychic can keep you coming back and spending more money on “advanced” readings, they’ve successfully scammed you.[3]

7 Past Lives As Famous People 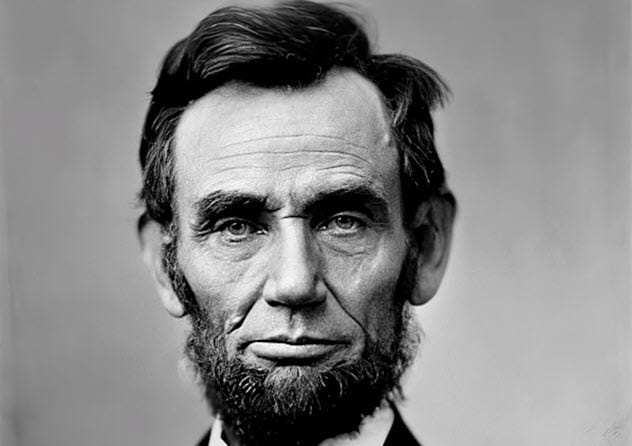 Fake psychics may also say that you were a famous person—such as Cleopatra, Abraham Lincoln, Alexander the Great, or Helen of Troy—in a past life. Although the idea of having been someone famous in a past life might sound fun and interesting, rarely is such a claim true. Most likely, the psychic in question has told at least 20 other clients the same thing.[4]

Beware of any psychic claiming that you were an important person in a past life. They are using flattery to keep you on the hook so that they can get more of your money. For the right price, they can help you find out more by regressing you to a past life using hypnosis. They have other ways to exploit this scheme as well.

6 They Make A Claim And Then Wait 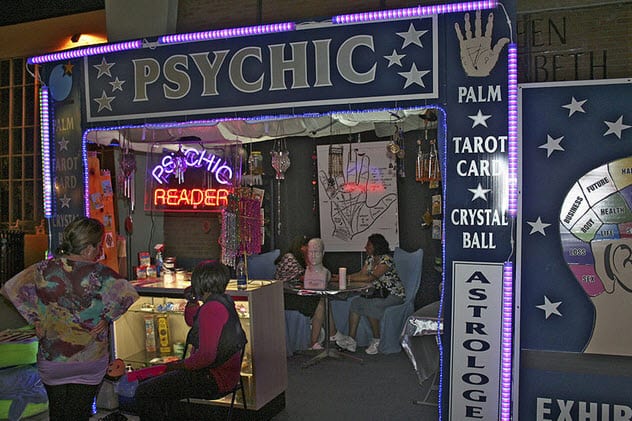 A fake psychic will purposely make a generalized claim and then wait. This allows them to read your body language or elicit a response from you that will suggest that they are on the right track. When a psychic says something and then stops speaking while waiting for your response, this should be a red flag to you.[5]

5 They Give You Information That Might Be True For Anyone 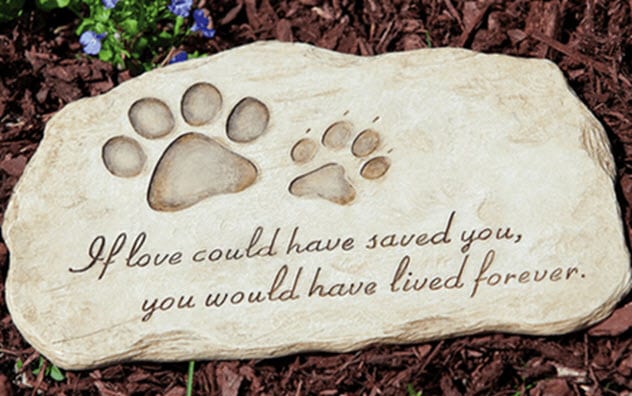 Fake psychics will tell you something that could be true for anyone. For example, they might say, “I see that you’ve suffered a loss recently.”

Most people have experienced some kind of loss, whether it has to do with money, a loved one, a best friend, or a pet. This statement is so vague that it could apply to anyone.[6]

Fake psychics love to give general and vague information because there’s no way they can lose. This claim could be true for anyone at any time in life, and they are counting on you to take the bait when they use this dirty trick. 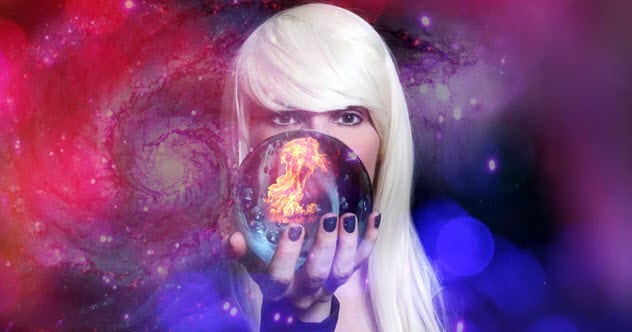 Obviously, it’s in a fake psychic’s best interests to tell you mostly positive information. If it was all bad news, you wouldn’t continue to use their services. However, fake psychics will throw in a few negative claims just to make their reading look genuine.[7]

For example, they might say, “You recently lost an object that is very important to you.” Again, this could be anything. Maybe a month ago, you lost your car keys or an heirloom diary of an ancestor. The claim is so general that it allows you to mentally plug in anything to make it true. And that’s just what a fake psychic is hoping you will do.

3 They Look You Up Online Just like everyone else, fake psychics look up people on social media to find out more about them. These days, nearly everyone is online, so finding out personal information about people is not that difficult.[8]

Many fake psychics look you up online to discover facts that they can use during your reading. So if you’ve been posting on social media about publishing your book, for example, the psychic may say, “I see that you’re going to be a best-selling author.”

The Internet contains a wealth of personal information, and fake psychics use it to do your reading.

2 They Ask You Questions If someone is a true psychic, they shouldn’t need to quiz you. Instead, they should be able to confidently reveal true information to you.

On the other hand, fake psychics ask a lot of questions. When a new acquaintance does this, you probably don’t think anything about responding with a “yes” or “no” or more information, especially if you’re just getting to know that person.[9]

Fake psychics use the same technique. They want you to reveal information that they don’t have. If they can get you to give them more information without further thought on your part, they have won. They can then use the information to get more money and time out of you. 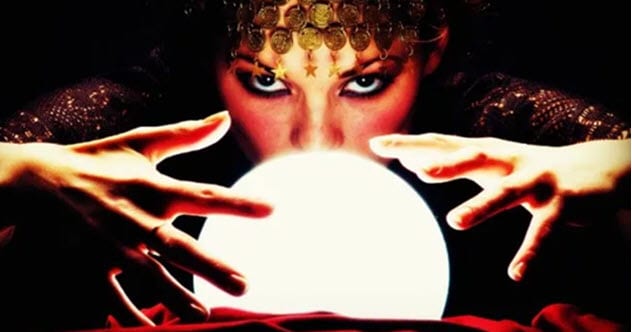 A real psychic doesn’t need to use “props.” So if you walk into her place of business and she is dressed like a gypsy with lots of bangle bracelets, a scarf on her head, and voluminous skirts, you may have made an appointment with a fake psychic.[10]

However, these are not the only types of props used by fake psychics. You may see large crystals, books on psychic phenomena and psychic studies, or even natal charts posted on the wall.

Keep in mind, though, that some fake psychics are smart enough to look as normal as possible. After all, they don’t want to scare you away by presenting themselves as stereotypical scam artists. They may just have a table, a couple of chairs, and a deck of tarot cards, for example.

Regardless, props are unnecessary for a true psychic. She should be able to tell you what you need to know without anything other than the power of her mind.

About The Author: Regina Paul is an author and artist who lives in Seattle, Washington. Visit her website at https://www.reginapaul.com.