Russia is a land full of majestic cathedrals, vodka, and bears . . . or so you think. As the largest land-mass country in the world, spanning nine time zones and 6.6 million square miles, there is much more to the complex nation. The present country has gone through phases of communism and chaos to become today’s self-proclaimed democracy (with much dialogue of continuous corruption). Russia has always been one of those countries that comes across enigmatic and unknown to most foreigners. If you look further into its dark history, you can see it is a land of mysteries, secrets, and political turmoil. Russia has been pinned down with stereotypes of robust men, heavy vodka drinkers, and dancing bears, but here are 10 shocking facts that will be sure to shake up your views on the Russian Federation. 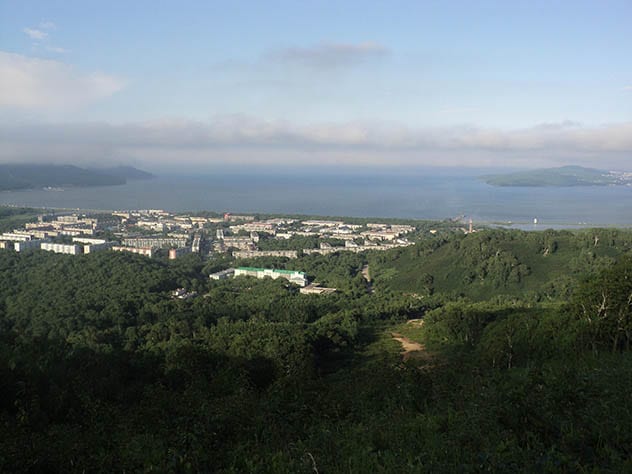 While people publicly know that Russia was very closed off during its period as the Soviet Union, many would be shocked to find that even today there are plenty of secret cities scattered throughout the Russian Federation. These cities have residents living their day-to-day lives, but even if they want family to visit, they will need a special permit. Foreign visitors are completely forbidden from visiting the secret cities of Russia, even today.

Today’s closed cities that are known publicly are mostly connected to military and nuclear research centers. Vilyuchinsk, situated on Kamchatka Peninsula in the far east of the country, is a base for nuclear submarine construction. Zheleznogorsk, out in the middle of Siberia, is Russia’s center for plutonium production. Last, there is Sarov, Russia’s main center for nuclear research. This closed city is most famous for being home to the most powerful nuclear weapon ever created- the Tsar Bomba.

Beyond these publicly known closed cities, there are still many completely unknown to the public, and not even put onto maps in order to maintain their secrecy. Of course, foreigners are not usually looking for these cities, but it can lead one to wonder about the lingering secrets behind the world’s largest country.[1]

9 Russians Do Not Live That Long 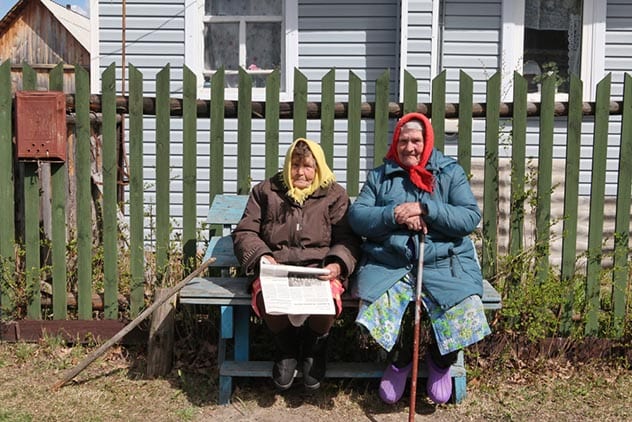 Studies show that 1 in 4 Russian men will die before they turn 55. Perhaps Russians should begin to consider the negative effects of heavy liquor drinking. With this shocking statistic, the average Russian man is expected to live only until 64, placing Russia in the bottom 50 countries in the world for life expectancy.

The Russian preference for hard liquor is evidently affecting males’ longevity. The average adult in Russia consumes 20 liters of vodka per year. Although deaths related to alcohol have dropped since the 1990s, alcohol is still the 3rd highest cause of avoidable death in Russia.

Heavy drinking is not the only cause of low life expectancy, though. Cardiovascular disease and stroke-related deaths are very high in Russia- 65% to be exact. This can also be linked back to heavy cigarette use amongst Russians and the generally poor concern for personal health in the country.[2]

8 Pancakes Are Served with Caviar and Sour Cream 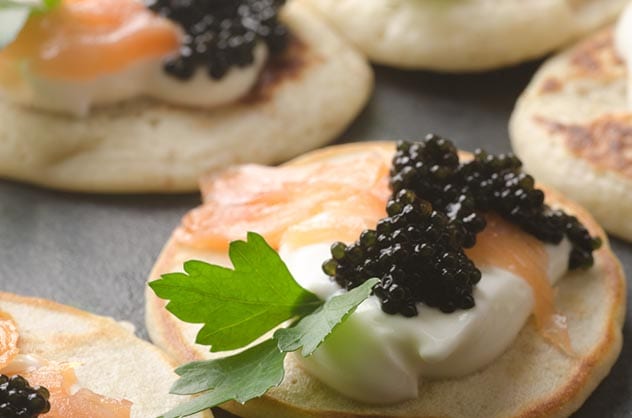 Americans dreaming of their fluffy, warm, syrup-drenched pancakes will quickly get a reality check in Russia. Ordering a pancake there will get you a typical Russian pancake, or as they call it, a blini. Traditional blini are dolloped with savory sour cream and salty caviar. Far from what you would make at home. Blini are also made very thin, much like a French crepe.

The food is believed to have come from accidental frying when a famished traveler was cooking up some oat jelly. With one distraction, the traditional blini was born. Over time, they became a staple in Russian households. Blini are served as good luck when a baby is born and served as a token of goodwill and happiness at funerals. From birth to death, the blini is a staple that most Russians live with their entire lives.

It was not until the 19th century that the blini became a snack eaten by the elite. During this period, the Russians created a blini that became a luxury food product for only the wealthy. This is how the traditional pancake with sour cream and caviar was born.[3]

7 You Are Forbidden to Whistle Inside 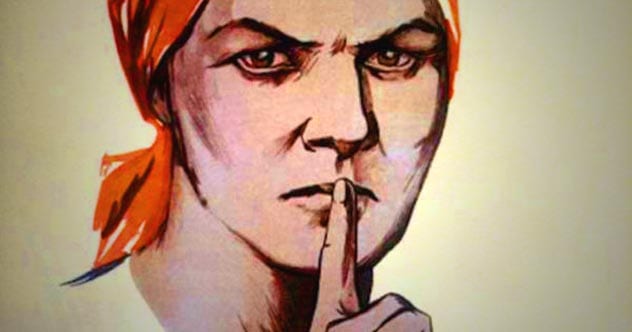 Most people do not know how weirdly superstitious Russians can be. Russians do not believe in shaking hands in a doorway, sitting at the corner table (or you will be forever unmarried), or saying happy birthday before the actual day. If you want to avoid some angry Russians while visiting, do not do these things.

Even weirder, Russians do not believe you are allowed to whistle inside. It would be best to avoid humming your favorite tune in this country. Superstition says that if you do, you are in for bad financial luck in the future.[4] 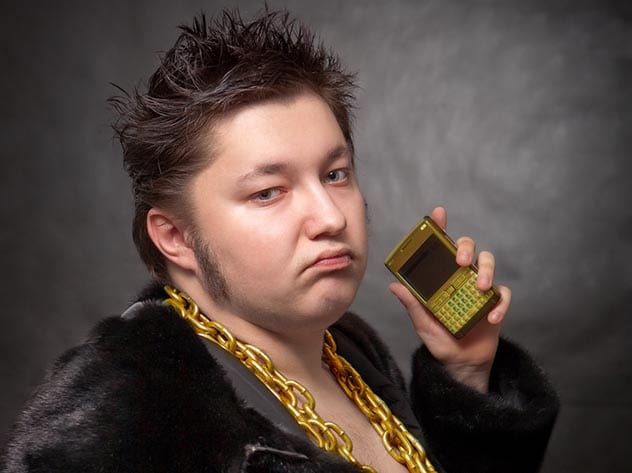 Moscow used to reign for the number of billionaires who called Russia home. Moscow had the number one title, housing 84 of the world’s billionaires. It seems that some have moved along in pursuit of bigger business opportunities abroad. Nowadays, it barely falls behind New York City and Hong Kong. With that being said, Moscow is still home to some 71 billionaires.

In 2019 alone, these men were worth $421 billion dollars combined. They have estimated that a staggering 89% of Russia’s wealth is controlled by the richest 10% of the population. The Russian President, Vladimir Putin, is a part of the wealthy few controlling not only the money but also the politics of the enigmatic nation.[5] 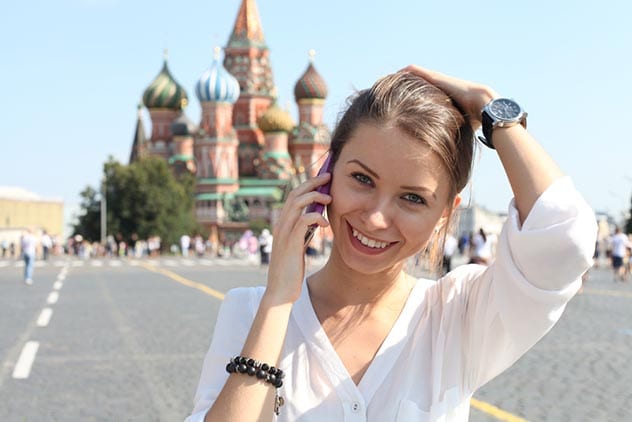 Russian women outnumber the men in Russia by a whopping 11 million. This has been the case for over a century. It is believed that during World War II that the number of men decreased significantly after the war took the lives of over 25 million soldiers. In modern-day, though, this trend has worsened due to the high abuse of alcohol and cigarettes throughout the former USSR countries. The low life expectancy as a result of drug and alcohol abuse has solidified the low number of males in the region.

The gender ratio in Russia is currently 86.8 men per 100 women. This has greatly affected the traditional society where the women marry young and have babies quickly. Russian women are now being required to seek marriages outside of Russia, with foreigners, in order to adjust to the general lack of men. This is where mail order brides come in. Russian women aren’t just becoming mail order brides for a better life anymore, but also out of necessity. There just aren’t enough Russian men for the number of women, so it’s a way for them to get out of the country and date men who are available and interested in marriage.[6] 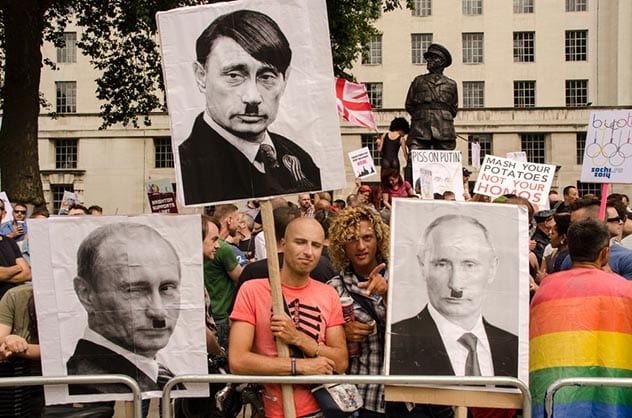 Starting in 2013, Putin cracked down on the ability of the gay community to express themselves. The Russian government created a “gay propaganda” ban, stating that same-sex relationships are not socially acceptable and even labeled them as illegal under Russian law. This ban created an outburst in the gay community in Russia and around the world.

What most people have not heard in the media is that Russian officials are actually sending gay members of the community to prison, or worse, labor camps. These gay people who have been detained and tortured have come forth saying they were electrocuted and beaten until the point of revealing the names of others who may be gay.

These horrendous acts have not gone unnoticed, though. Activists have been helping people escape the region since the persecution began. The Organization for Security and Cooperation in Europe has also called the persecutions a huge violation of human rights and is also taking action to stop the acts from happening further.[7]

3 Bears Are Addicted to Getting High On Kerosene 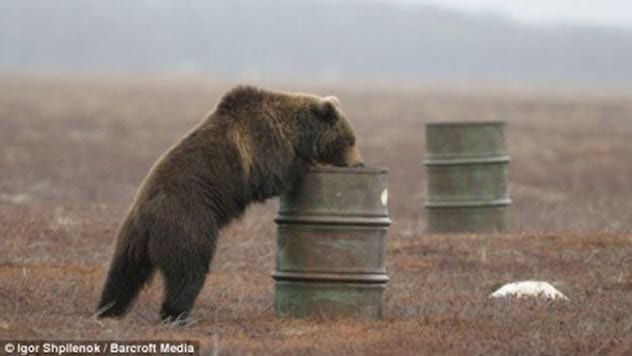 Russian bears in the south of Kamchatka, Russia are getting their fix. Apparently, at The Kronotsky Nature Reserve, over 700 of these beauties have gotten their hands on leftover canisters of jet fuel. The creatures quite literally hound these discarded canisters of fuel and can be observed sniffing in the fumes, followed by rolling over, lying back, and taking in the effects. These bears are quite literally addicted to the high.

The fuel canisters that have been leftover come from the use of power generators and helicopters on the nature reserve. The nature reserve itself is home to over 700 brown bears, which are thought to be the largest brown bears in the world, and weigh up to 1,200 lbs each. The bear sanctuary covers over 225,000 hectares of land and has been pronounced a UNESCO world heritage site.[8]

2 It Has Over 1 Million People with HIV 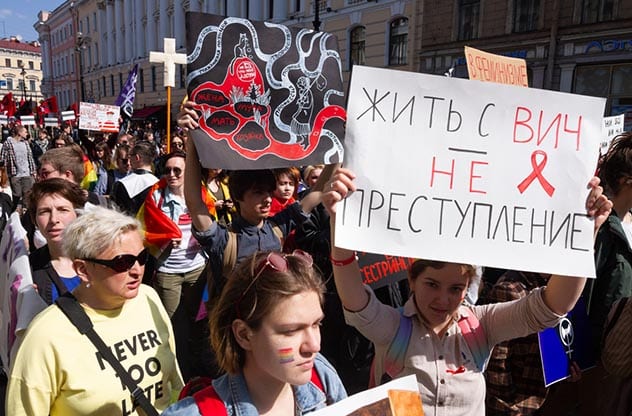 For a developed country, Russia has an alarmingly high number of people living with HIV and AIDS. Recently, the number reached 1.2 million people living with HIV in the country. Shockingly, this number is not under control. Each year, the rate of infected people is rising 10-15% in Russia. This means over 250 people are becoming infected every day.

The estimates show that around 500,000 Russians are living with HIV and do not even know it. The most common reason they are not testing themselves is the lack of access to testing. The Russian government has acknowledged the HIV crisis in the country, and measures are being taken to increase sexual education and accessibility of resources to curtail the epidemic.[9]

1 Dogs Know How to Navigate the Subway 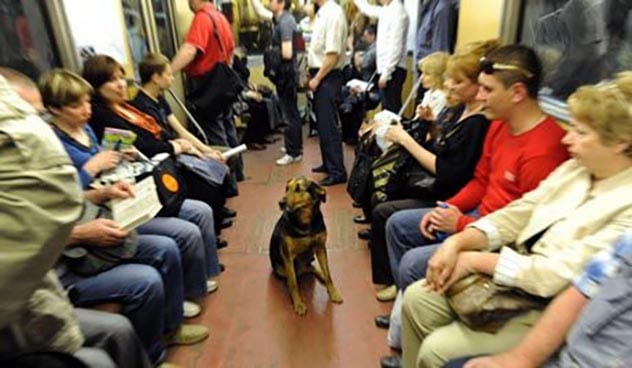 Moscow is famous for its subway-riding dogs. Yes, they actually know how to navigate and ride the subway without human assistance. These animals have figured out where to get on and off to find food and other supplies. The city is home to over 35,000 stray dogs, but only a handful of the more intelligent ones have found and mastered this mode of transportation in efforts to survive.

They believe about two dozen of these clever dogs navigate the subway on a daily basis, using their sense of smell to guide them. Apparently, these dogs have learned to recognize and respond to human signals. Dogs also get positive reinforcement and attention from humans on subways, furthering their desire to return. They also begin to distinguish different stations by smell and know which stops are associated with receiving food.[10]

For more lists like this, check out 10 Weird News Stories From Russia, and 10 Fascinating Facts About Russia.

About the author: Stephanie is an entrepreneur, travel expert, and freelance writer. She studied international relations and foreign languages in university, which led her to 40+ countries. You can follow her semi-nomadic life and random musings on Instagram.