It’s generally agreed that ghosts, if they indeed exist, were once living, breathing human beings. And, unfortunately, human beings are more than capable of committing crime. So it may follow that ghosts also seek to transgress against their (former) fellow men. The following ten crimes were allegedly committed by paranormal entities. True ghostly perpetrators or just garden variety criminals trying to avoid punishment? You be the judge.

Having sex in another person’s living room would definitely earn you a sentence for indecent exposure-and maybe for breaking and entering! Dianne Carlisle of Euclid Ohio claims that two ghosts are having sex in her home leaving her and her family members the unwilling voyeurs. She says that the ghosts are clearly copulating and she can even see “the lady’s high heeled shoes!”. Dianne is no stranger to ghostly apparitions. Her deceased sister contacted her via phone leaving her a message that simply said “I love you” and she has seen ghosts in mirrors and playing with her daughter, De’Onna. As for the phantom lovemakers, they were snapped in the act by Carlisle’s four year old granddaughter, Kimora, while the little girl was playing with a cell phone. Dianne is as astonished by the hanky panky going on in her living room as anyone saying: “I never seen anything like this…I mean, ghosts still have feelings? (They’re) having sex?” Carlisle says that the ghostly activity in her home has not lessened with time, but has actually increased.[1] 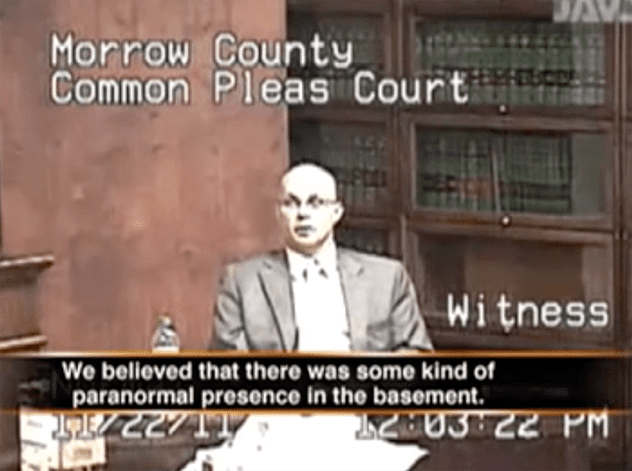 You wouldn’t think a former police officer, charged with upholding the law, would be the one to commit massive theft but that’s what Joseph Hughes of Mount Gilead, Ohio was convicted of back in 2011. But did he do it or was it the work of something from the other side? Hughes claimed that the stolen goods found stockpiled in his basement, (including several air conditioners and a generator) were put there by a ghost. ‘It’s going to sound kind of ridiculous, but we believed that there was some kind of paranormal presence in the basement,’ Hughes said in court. ‘It sounds kind of ridiculous but there was evidence to support it.’ Though prosecutors were stunned by the creepy defense, they ultimately didn’t buy it and Hughes was found guilty of 18 of 20 charges.[2] 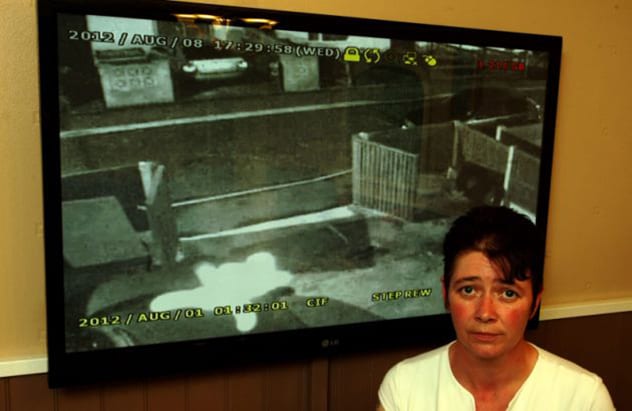 Lisa and Phil Rigley of Clifton, Nottingham, were so angry about a serious of attacks on their vehicles that they set up some home cameras to catch the culprits in the act. But they got more than they bargained for: at about 1:30 a.m. on August 1st 2012, one of the cameras caught what looked like a child spirit in orb form, glowing white and wearing a hoodie, jumping over the roofs of their cars. The couple was shocked. Even skeptical Phil admitted: “I am cynical about ghosts because I don’t believe in them but this footage is strange.” Lisa added that she was “absolutely gobsmacked by this. I’ve got the footage here; it’s the image of a young child about four or five. It’s a ghost, it’s got to be.” Mrs. Rigley was especially convinced it was no ordinary child because their dog always barks if there are people around but did not wake the family that night. The Rigleys ultimately decided not to pursue the ghost for criminal damages after they could find no marks on the cars following the incident.[3] 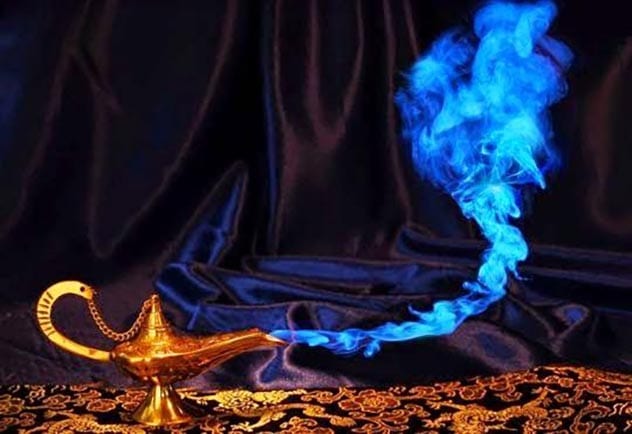 Harassment of any kind is annoying enough, but to not even be able to see your bullies? One Saudi Arabian family though that was going too far-and actually took it all the way to court when they sued the “genie” irritating their household. The spectral harassment went on for some time with unruly spirits making life practically intolerable. Citing everything from threatening voicemails to the theft of their mobile phones, the family had had enough when the ghosts, in classic schoolyard fashion, began throwing stones at the children. The court gamely tried to verify the family’s claim of paranormal pestering “despite the difficulty” of bringing a harassment suit against the undead.[4] 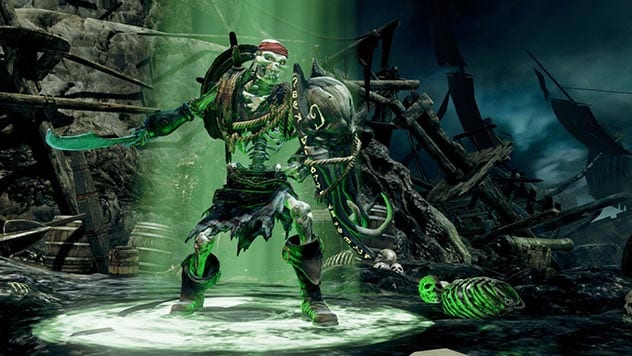 A teen nabbed in 2006 for swearing at officers and generally causing uproar had the unique defense that the foul-mouthed voice heard by the cops wasn’t his-but that of a disembodied pirate ghost. Thomas McGair, 18, of Glasgow Scotland blurted out “It wasn’t me, it was the pirate!” as he was being collared and charged. Sheriff Rajni Swanney was “intrigued” by the odd story and MGair’s lawyer, Andrew Kennedy, said in court that his client was “in a state of agitation because he claims he had just seen a ghost.” Though McGair admitted to a breach of the peace, he denies being under the influence of alcohol or drugs and maintains that a ghostly influence was to blame. When last heard from, his sentence had been deferred.[5]

Sometimes a haunting is merely a pain in the emotional sense but sometimes it goes a bit further than that. A French family from Mentque-Nortbecourt said that ghosts in their home have escalated into full blown assault. One household member was injured so badly that he had to be hospitalized after being hit in the face by a flying chair and a soap tray to the back. A family friend visiting the house also had to seek medical attention after being hit by stones thrown by the petulant spirits. Local officials took the claims seriously enough to remove the family from their home, offering them temporary housing at a nearby campsite. The family says that they are currently working with an exorcist from a local church who has been visiting their house and attempting to cleanse it of the angry spooks.[6] 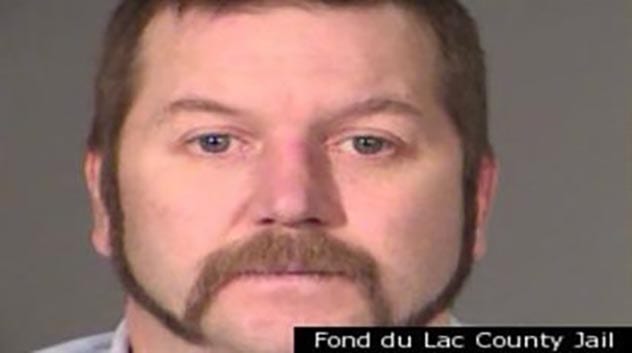 When an argument about family finances between Wisconsin man Michael West and his wife got out of control, she called the police and reported that West had beat, punched her in the face, and tried to strangle her. When police arrived at the couple’s home, they noticed that the woman was crying and that there appeared to be blood on the front of her shirt. When questioned, West initially claimed that his wife sustained injuries by repeatedly falling but later changed his story, claiming that “a ghost did it.” This explanation did not prove to be satisfactory to the arresting officers who charged West with strangulation, battery and disorderly conduct. After a struggle, West was transported to county lockup and his wife, one would hope, to therapy.[7] 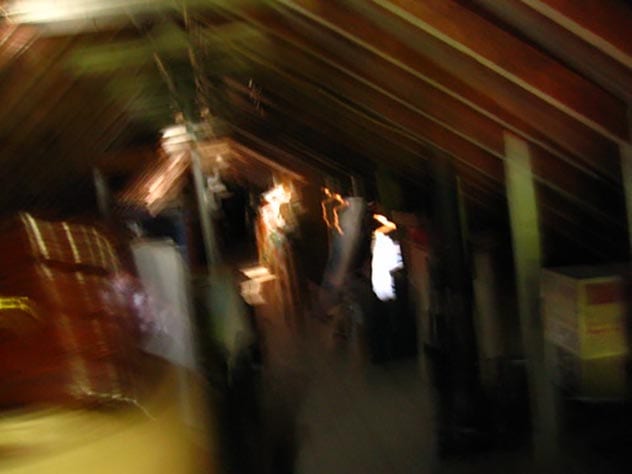 This one is an example of crime happening to a criminal-and perhaps of cosmic karma. A burglar robbing a home in Kuala Lumpur, Malaysia, said that he was kidnapped and held against his will with no food or water for four days by a “supernatural figure”. Police official Abdul Marlik Hakim Johar confirmed that the homeowners arrived back from vacation and found the man, whose name was not released, in their home dehydrated and exhausted. He claimed that every time he tried to leave, the entity pushed him to the ground. An ambulance had to be called for the would-be pilferer who will surely think twice before attempting another breaking and entering.[8] 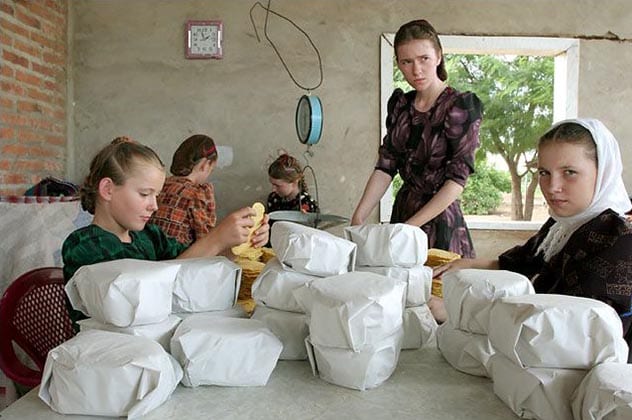 This is an extremely sad and disturbing story. Apparently, between 2005 and 2009 over one hundred women in the Manitoba Mennonite colony of Bolivia have been reporting waking up to strange genital injuries, headaches, pain and pieces of rope tangled in their hair. They also found semen stains on their sheets. Sadly, the youngest of these victims was a three year old child. Local townspeople (largely isolated from wider communities and inexperienced with such crimes) first denied the women’s reports, dismissing them the products of overactive imaginations. But as the problems worsened, they turned to a supernatural explanation, claiming that demons were to blame for the sexual assaults. Even after the arrest of nine men in 2011 convicted of drugging and raping entire households, the community is still traumatized and seeking other answers. Some point to the fact that the violence continues to this day as proof that it is devils from another world, and not men of the community, to blame for these heinous crimes.[9] 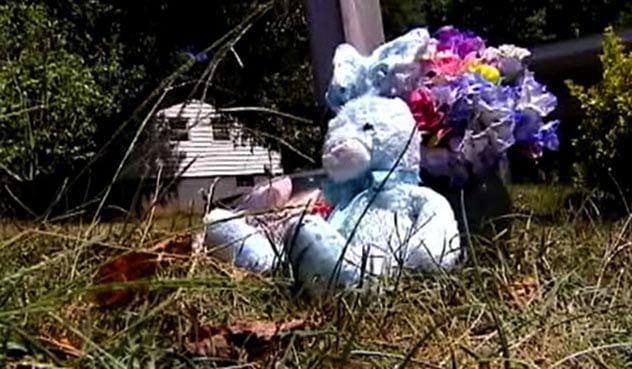 One can hardly imagine a bigger monster than a mother that kills her own children. Naiyana Patel of East Asheville North Carolina was arrested in late August 2011 for the murder of her two sweet and outgoing girls, 8- year-old Jiya and 4-year-old Piya. Worse, the murders were carried out in an extremely gruesome manner-with a hatchet. Patel’s husband, Lalo, made the grisly discovery when arrived home to find his wife hitting herself in the head with the hatchet and his children bloodied on the floor. He frantically called 911, but it was too late-Jiya was already dead and Piya would succumb to her injuries at a nearby hospital. According investigators, when asked about her motives for this senseless crime, Naiyana would only tell police that “the ghost killed her children”. She further added that she didn’t want to live and refused medical treatment for her self-inflicted injuries “It’s just a terrible, terrible incident that occurred, “said Lt. Wallace Welch, interim chief of police.[10]

About The Author: A.L. is a playwright and also the executive director of a historical museum in the United States. She has enjoyed the creepy, spooky and weird all her life.