This triangular area of sea between Bermuda, Puerto Rico, and Florida leaves scientists and experts amiss and sailors and pilots with a feeling of dread every time they have to pass through it to this day. And with all that we know about the Bermuda Triangle, there still is no one definitive answer to the puzzle. Here are the 10 best theories that explain the Bermuda Triangle phenomenon.

One Bermuda Triangle theory is the wormhole. For science fiction enthusiasts, this holds a lot of weight. When people vanish in the Bermuda Triangle, they disappear without a trace. The wormhole, which is essentially a time travel portal, would explain why. Unfortunately, scientists have yet to find solid evidence of wormholes in this context. But this hasn’t stopped them from believing that they could cause the Bermuda Triangle accidents.

In 1941, the Navy ship U.S.S. Proteus, which carried 58 passengers and cargo, suddenly disappeared in the Bermuda Triangle. One month later, another vessel called the U.S.S. Nereus also vanished with 61 passengers on board. No one knows what happened, and there wasn’t any recording of a distress signal from the captain. Search teams also found zero evidence of the ships or bodies.

In 2016, scientists discovered several huge craters on the coast of Norway. The craters measure about half a mile in length and 150 feet deep. Scientists believe that bubbles from massive methane gas leaks in the deep seabed formed the craters. Enter the Methane Gas Theory. Some scientists think that methane gas is responsible for sinking planes and ships in the Triangle.

More research has also proven that there is more methane gas in some ocean spots than others. If that gas is released into the water, it can quickly sink ships and bring down planes. It would happen in seconds, not leaving enough time for those on board to call for help or abandon ship.

What Makes Compasses Go Haywire In The Bermuda Triangle?

Certain places on Earth negatively affect compasses and cause them to have trouble pointing north. The Gobi Desert is one example, and the Bermuda Triangle is another. This is due to electromagnetic interference. Scientists believe that this electromagnetic interference is one reason why ships disappear and planes crash so often in the Bermuda Triangle.

Many people have made strange reports in their compasses over the years when they get to the Triangle. In 1895, Joshua Slocum, who was the first man to sail around the world solo, disappeared on a voyage while traveling to South America from Martha’s Vineyard. Experts attribute his disappearance to the Bermuda Triangle. People believe Slocum would never have been lost at sea since he was an excellent sailor.

Another incident happened in 1945 when five TBM Avenger torpedo bombers flew across the Atlantic Ocean. The flight’s leader, Lieutenant Charles C. Taylor, became paranoid after noticing that his compass had failed and the planes were moving in the wrong direction. Lieutenant Charles instructed his fleet to fly northeast, thinking they were heading to Florida, but he traveled deeper into the Atlantic Ocean. When the planes went closer to the Bermuda Triangle, they began losing signals, communication, and they vanished, never to be seen again. 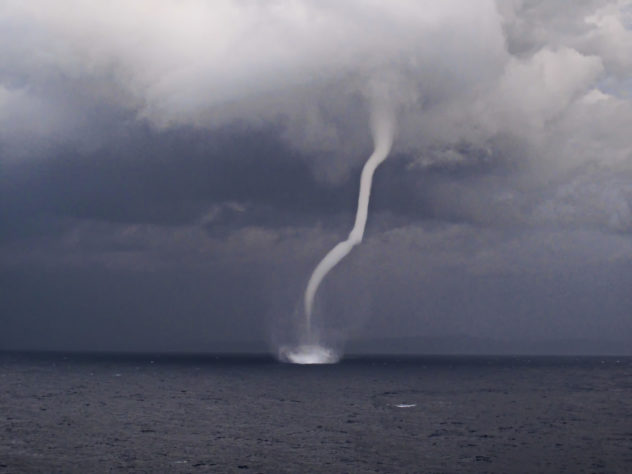 Waterspouts are similar to tornadoes but form over bodies of water. People have seen several waterspouts in the Bermuda Triangle, and some believe that they are the cause of sunken ships and planes’ disappearances. When a waterspout forms, water bursts out of the ocean. The change in pressure sucks it up hundreds, or even thousands, of feet in the air. If this happens when a ship or airplane passes by, it can easily cause them to capsize or crash in seconds.

Aside from waterspouts, some parts of the Gulf Stream border the Triangle’s edge. This current leads to massive waves, sometimes hundreds of feet high, that can quickly sink ships and boats. The emerging waves hit without warning. Big waves can even knock down planes flying closer to the ocean’s surface.

An excellent example of such a theory in action is the disappearance of Flight 19 after World War II. The flight’s last communication records were disturbing reports from passengers describing how everything looked strange. One of the pilots stated that they were entering “white water” and completely lost. After that report, the flight disappeared. According to the Navy, it was as if they had disappeared or flown to Mars. 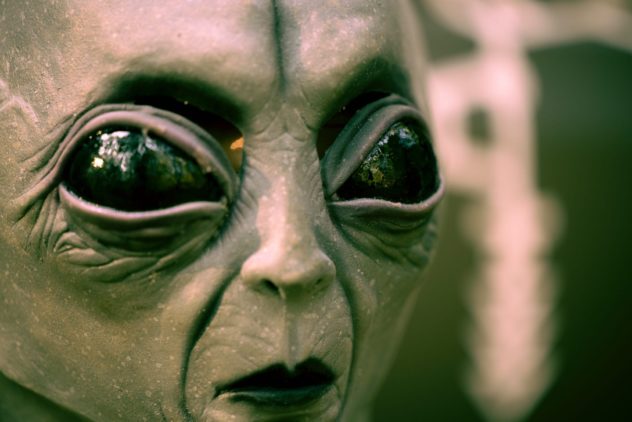 One incident narrated by Christopher Columbus while on his first voyage through the area claims that he saw a bursting flame that struck the sea. A strange light appeared in the far distance for several weeks. Could this have been an alien sighting?

In the final scenes of Steven Spielberg’s “Close Encounters of the Third Kind,” pilots from all decades return to Earth, in good health and unharmed, from an alien ship. Aliens captured these pilots from the Bermuda Triangle. Whether this piece of fiction is actually a piece of fact is up for the aliens to know—for now. But maybe someday we’ll solve the mystery before the aliens get to us.

Atlantis is another outlandish conspiracy revolving around the Bermuda Triangle incidents. This theory states that the Triangle may be the location of the mythical Lost City of Atlantis. According to The Independent, a blogger wrote that when the gods destroyed the City of Atlantis, it sank to the ocean floor. The writer also wrote that although the ruined temples currently host most of the underwater creatures, the great fire crystals of the Atlantis City that used to provide power and energy exist to date. Therefore, such power and energy may be the cause of the accidents along the Bermuda Triangle. 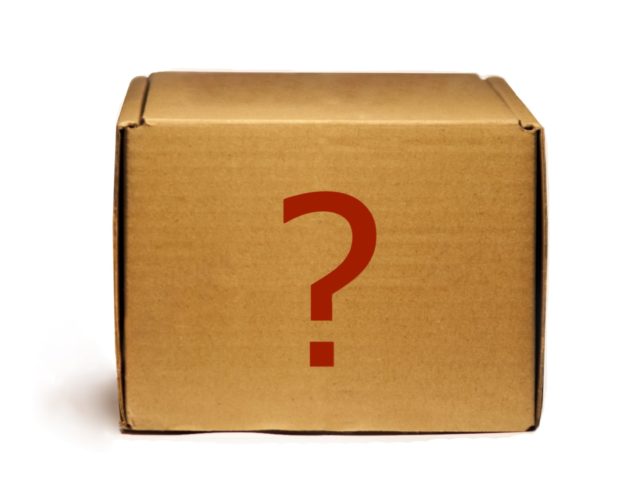 Those who believe in this theory state that it’s difficult to differentiate between fact and legend, as is the case with ships and planes’ disappearances across the world. And if there are many accidents and shipwrecks in the Bermuda Triangle, then it’s because many ships and planes travel across that part of the Atlantic Ocean. Scientists also attribute total disappearance to the Gulf Stream’s current. No mystery, there!

If you’re searching for a deep theory about the mystery of the Bermuda Triangle, this one is definitely not it. The Human Error Theory states that simple mistakes lead to many accidents annually, both in the sea and air. This theory also assumes that any confusion or error from the captain of a ship or pilot can lead to severe consequences. For example, they could run out of fuel before returning to land, thereby leading to their demise. Additionally, the Bermuda Triangle has many islands that are difficult to differentiate between one another. This confusion leaves sailors and pilots open for greater navigation errors. 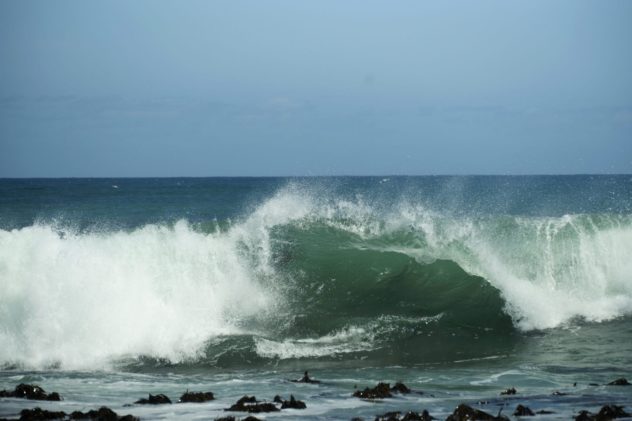 Another explanation behind the Bermuda Triangle is massive rogue waves. According to oceanographer Simon Boxall, when storms from the north and south collide in the Bermuda Triangle, they can form rogue waves and cause significant damage. Another post from the Huffington Post also states that these rogue waves can reach 100 feet high, making them some of history’s largest waves. A good example is the 100 ft high tsunami caused by an earthquake and landslide in Lituya Bay, Alaska, in 1958. The Bermuda Triangle is in a strategic position to be affected by these rogue waves. If they happen as ships or planes pass by, it can result in accidents and death. 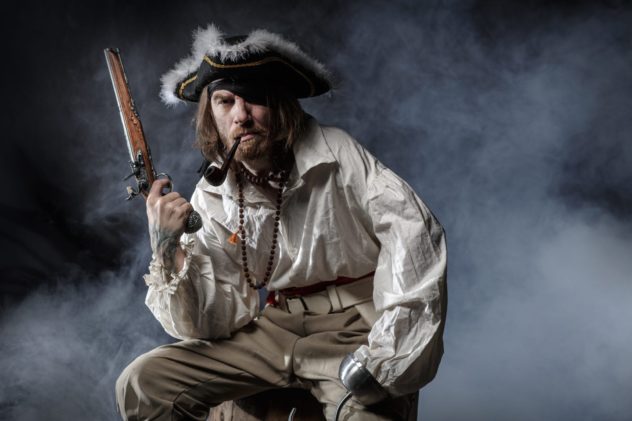 Pirates have been around since robbers could sail the sea. In a real-life “Pirates of Caribbean,” experts have theorized that pirates could be one of the causes for the Bermuda Triangle disappearances. Pirates have abducted ships, caused planes to crash on the Triangle, and endangering travelers’ lives. The U.S. warns travelers and sailors of the possibility of encountering vessels that are engaged in illegal activities close to the Bahamas.

The Bermuda Triangle is truly one of the world’s strangest mysteries. Many theories have formed around this patch of the ocean, but none of them seem to offer a satisfactory answer. Only time will tell us the key to this puzzle—or maybe it won’t. For now, we just wait to see if any new theories finally give us the definitive answer we’re looking for.