Our legal system seems perfect on the surface, but sometimes it falls short when it is needed most. With a century of amendments on its back, the Constitution is so large that very few people are capable of knowing all the laws. But even with so many laws, some areas are left uncovered, leading to the pseudo-legalization of some terrible practices.

These practices are things we should pressure the government to look into to avoid manipulation of citizens by malicious individuals. You may get away with some of these things but do not count on being lucky if the judge is determined to punish you for these terrible acts.

Here are the top 10 things that are terrible but that are completely legal.

Is it legal: Recording phone calls

You can record other people whenever you want, provided one of them has invited you or if you have relationships with them. Think of all those meetings you have been to and the potential of being recorded at each one.

Worse still, these recordings can be presented in a court of law as evidence against you and used to sentence you. You can secretly record your spouse without any consequences. Imagine how twisted that is; all your conversations could be recorded without consent and used against you during divorce proceedings.

Decades ago, recorders were large and bulky, making them easy to spot. Currently, we have recorders the size of rice. Imagine the potential of being recorded anywhere by anyone, even by the people you don’t suspect. 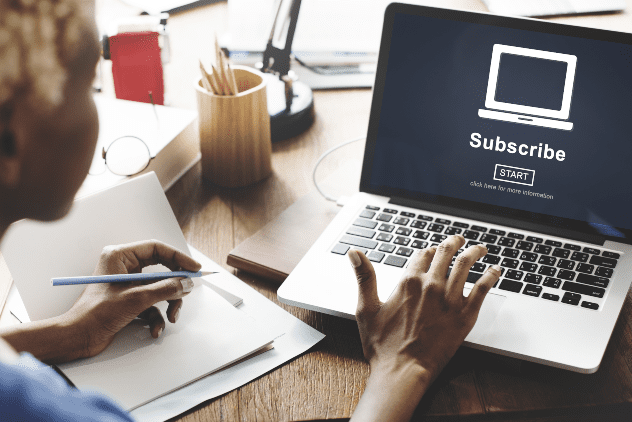 You may have encountered those hard to cancel online subscriptions. You can never seem to get off the subscription no matter how hard you try, and if you try, you have to go to the companies headquarters or wait for them to call and walk you through the lengthy process. The irony of it all is- the subscription process is straightforward and speedy but only becomes cumbersome when you try to unsubscribe from the service. The thing is, they are entitled to bill you until you succeed in getting off their service. If you can’t cancel, they can keep on billing you forever!

The law allows them to do that after you click on the accept button, and there is no law outlawing this practice. Whatever you do, do not accept cookies from subscription-based sites, or click “accept” on their subscriptions without reading their terms thoroughly. It’s wise (with some caution) to read reviews from other customers who have first-hand feedback on how the company treats its customers.

How Easy It Is to Fake Caller ID

I’m sure you have gotten some of those calls where the caller’s real name doesn’t display on your phone. Well, the law doesn’t prohibit anyone from spoofing their caller ID. Organizations use this tactic by using ambulance and hospital phone numbers to make people pick up their calls.

There’s a story about a lady who called her husband’s mistress pretending to be a doctor and prescribed the wrong drugs to her, causing a miscarriage. A person could call you faking to be a law enforcement officer and could try to extract information from you. They could then use this information to try and hack your bank accounts or steal your identity. 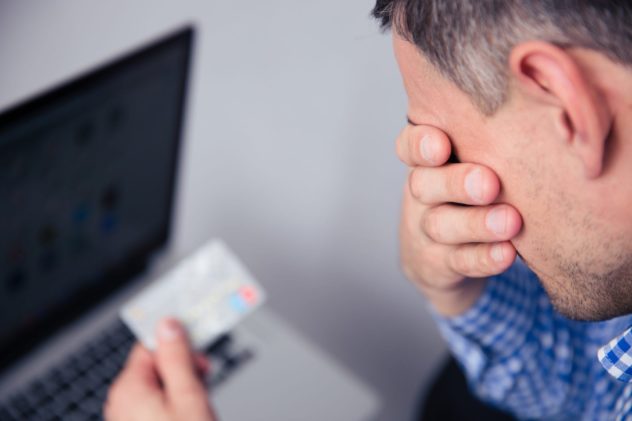 Imagine waking up to find that your kid used up your accounts to purchase video games. This is not only rampant in credit cards but also online shopping. Your kids can use your stored credit card number to order anything they want. You don’t want that to happen to you; parents need financial protection.

It shouldn’t be easy for anyone other than yourself to create a bank account linked to yours. However, financial institutions do this without any government recourse—all they need is your signature. Your kids can open a credit card in your name and use it any way they want. The signature part is non-essential since most of them can use an electronic signature when applying online. Imagine the kind of financial damage they could do. 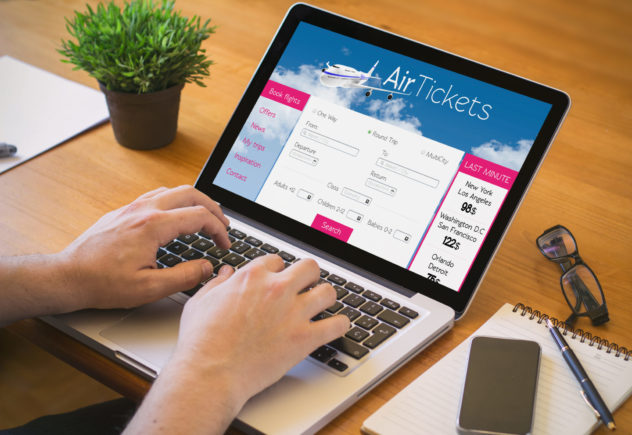 Airline companies have a bad habit of increasing prices on the same seats you previously looked at as you continue browsing their webpages. Researchers have shown that as soon as you accept their website cookies, they start raising their prices on seats that others pay lower fares for. Some estimates go as high as a 45% markup!

There’s no law preventing this business practice, and even after this behavior was made public, airlines are still creating seat markups. The only solution is to use incognito tabs, don’t accept cookies, and browse anonymously or use a VPN.

Also, if you notice price differences on a different browser, call out the airline on their contact page or customer care number. You can also call various brokers of the same airline to get different quotes so that you can get the accurate price for a seat. 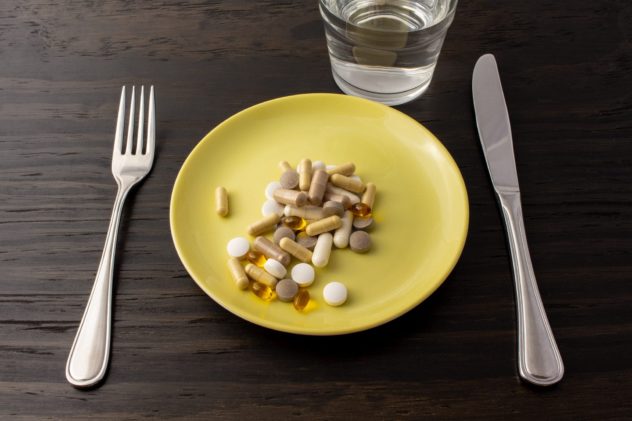 There has been a surge in organizations offering natural cures for ailments such as obesity, cancer, or inflammations. But the supplements provided by these companies are often not backed by any scientific research or testing. The lack of research means the supplements might work, but their overall effects have not been studied enough, which might leave you open to additional ailments.

According to the law, they can’t be regulated by the FDA since they have the ‘natural cure’ tag. Consequently, these organizations can gamble with other people’s lives without offering legal recourse or assurance.

Be careful since these supplements are probably more harmful to your overall health.

How to spot a pyramid scheme – Stacie Bosley

Unfortunately, pyramid schemes disguised as legitimate companies are legal and operate in the United States. Such companies lure innocent, desperate people with promises of wealth and careers. However, they rely on their victims to pay admission fees into the organization to fuel operations.

They entice you to admit more new members into the organization so you can get paid commissions. The new members follow the same pattern, and the scheme goes on and on.

They disguise themselves as multi-level marketing companies, and some of them have grown to be billion-dollar companies while scamming people. The government has shut down some companies, but most of them continue operating without regulation. The government needs to look into such matters to prevent such scams from exploiting unsuspecting citizens.

Colorado has a weird law called felony murder, which is a very different concept from capital murder. This law allows judges to sentence suspects for life without any possibility for parole just for being involved in a murder, even if they were not the ones that executed the murder.

Take the example of a Colorado woman caught working with a male accomplice while trying to flee a bank robbery. The lady was caught and handcuffed, then put in the back of a police car. Meanwhile, the unarrested male accomplice shot a police officer, who later died. The woman didn’t commit the murder but received the sentence of felony murder because she had been involved in the original robbery crime with the male perpetrator.

Some legislators are trying to get this law repealed since it’s only fair for an individual to be sentenced for crimes that they actually committed. Many people are currently in prison due to this law, and most of them didn’t even know about the law when the crime happened.

2 Why is Bestiality Still Okay? 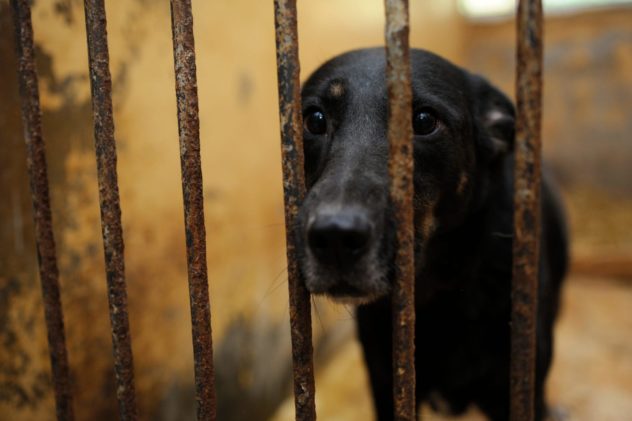 Bestiality refers to humans performing sexual acts with animals. Bestiality is legal in many US states, and there are no definite laws against it. Surprisingly, no law prohibits acts of bestiality across the country. You can cohabit with an animal without legal consequences under many different laws.

Recently a man was caught having sex with a dolphin but didn’t face any repercussions due to a lack of laws against it. Zoophile groups defended him, asserting that the act was not illegal. Most authorities seem fine with this as long as the animal is not forced or hurt in the act.

Believe it or not, Zoophilic pornography is also legal in most states. You don’t even need to search that hard to find the content, which is insane.

Okay, this one may not seem terrible to some, but to the Repo Man, it’d be downright annoying. Sometimes we fall into financial troubles and are unable to make payments. Repo men repossess products owed to companies, e.g., if you have a car you purchased on a loan you’ve defaulted, you may get these men knocking at your door to get the property back for the company.

But legally, you can keep them at bay since they’re not allowed to come onto private property. You can keep your car inside your garage, not on the driveway. You can lock your house, garage, or go to the local mall to wait them out. Also, repo men are not allowed to disturb the peace. So legally, if he tries to threaten you, you can refuse their attempt to take the property and call the police.

But beware! While you might be able to get away with this temporarily, it’s probably not the best idea. Repo companies can eventually get a court order to enter your property and recover their property. You can also talk to your bank about renegotiation before the car gets taken back. Here, the loan holders have to give you new terms of debt payment and leave the car with you.