With the US having just celebrated “Random Acts of Kindness” day, it’s clearly time that we return our thoughts to the dark side of the force.

However, I also should just say that viewer discretion is advised. This article is certainly “work safe,” but because of the nature of the topics discussed, if you’re a kid, you should talk to your parents before reading any further. Some individuals can be badly affected by reading about acts of violence, as well. If you find that this article causes you emotional trauma, we would recommend seeking appropriate support.

So, for the brave at heart, let’s get to the juicy bits. Here are the top 10 seemingly random acts of violence that weren’t actually random. 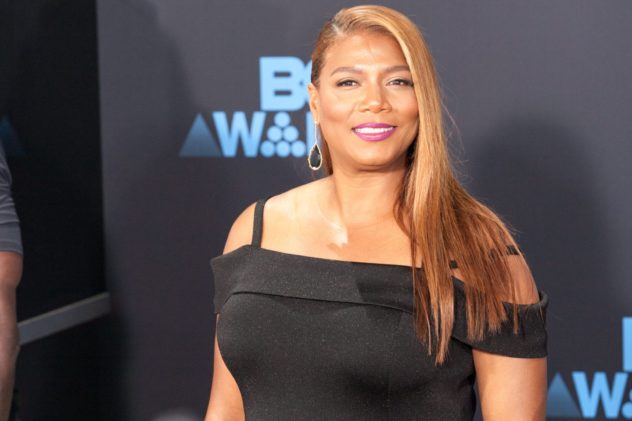 The Queen of Hip-Hop, Queen Latifah, fell victim to a random act of violence back in 1995. While in the car with her boyfriend Sean Moon and another friend in the backseat, two men forced them out of her green BMW and shot Moon, leaving him in critical condition. Apparently, the two men, both 18 years old, did not recognize Queen Latifah. Makes you wonder if this would’ve stopped them had they recognized her. It certainly didn’t stop them when they saw Moon exit the car.

Selena Quintanilla was an American singer-songwriter and a celebrated Mexican-American entertainer. She was a legend before she became a legend. In 1991, her self-proclaimed biggest fan, Yolanda Saldivar, quit her job as a nurse to run Selena’s official fan club. In 1994, she ended up running two of Selena’s boutiques in Texas. Yolanda was incredibly possessive of Selena, but the Quintanilla’s still considered her family. Selena even called Yolanda “mom.”

Unfortunately, things went south pretty quickly. Selena’s father confronted Yolanda about stealing from both the fan club and the boutiques and eventually opened an embezzlement investigation against her. One day, Selena and Yolanda agreed to meet up so Yolanda could give her the missing financial records at a Days Inn. But instead of a transaction, Yolanda fatally shot Selena. Selena ran out of the hotel room fast enough to identify Yolanda as the assailant. Hospital officials pronounced her dead on arrival.

Yolanda maintains that it was all an accident, but this random act doesn’t feel so random to those who loved Selena and knew the true story behind Yolanda’s misdoings.

On March 5, 1770, a young American wigmaker’s apprentice, 13-year-old Edward Garrick, began to taunt one of the British soldiers at the Boston Customs House. He claimed that this soldier hadn’t paid his bill. The lieutenant had, in fact, paid it. A British soldier, Private White, who had been guarding the Boston Customs House’s steps, didn’t take this insolence to his officer very well. He ended up hitting Garrick on the head with his musket.

A crowd formed, and Crispus Attucks, a mixed-race freed slave, began to throw objects at White. The church bells tolled, and the crowd grew. Six of White’s colleagues, along with an NCO, arrived in support of him, with bayonets fixed on their muskets.

By this time, the crowd was some 300 to 400 Bostonians strong. They formed in the square, taunting the soldiers to fire, and a projectile hit one of the British soldiers, knocking him to the ground. A group of 8 soldiers faced the crowd of 400 and opened fire (without being given the order to do so).

Eleven people were hit by rounds when the troops fired. Crispus Attucks and two others were shot dead instantly; two more people died within the following two weeks from injuries.

This could be a story of an angry mob who defied a small “law enforcement” team who came to defend a colleague. In the heat of the moment, this team felt it necessary to use lethal force against a perceived threat. Alternatively, we can see this as the story of a protest against unfair laws and the heavy-handed actions of a law enforcement official who had struck a child. The soldiers were subjected to a full and fair investigation, and two of them were found guilty of manslaughter.

A photo speaks a thousand words, and there is one very famous photo that shows a random act of violence that will leave your mouth agape. This is the photo of the Saigon Execution. In 1968 Vietnam, following the Tet Offensive, General Loan calmly raised his gun to Nguyen Van Lem, a terrorist organization leader, and shot him. Lem had previously led an attack that killed the family of one of Loan’s friends.

In the United States in the 1920s, Prohibition was in full swing. Making alcohol illegal at the time sounded like an ideal solution to resolve society’s problems. However, when you make something illegal, criminals will find a way to make money selling it. In the 20s, this led to gang rivalries and constant violence.

And so we come to Al Capone and the Saint Valentine’s Day Massacre, February 14, 1929.

The massacre itself was brief and violent, with seven North Side Gang members in Chicago murdered by assailants dressed as Police Officers. The men were lined up against the wall and mown down. One of the men survived the attack, having had 14 bullets hit him. He refused to talk.

Now we don’t really know who was responsible for the killing. The police investigation initially blamed Al Capone and his men, but there are conflicting stories. No one story stuck. Still, the primary suspects were the Al Capone gang and his associates or the police (who were not too happy that a gang had killed a police officer’s son).

The problem with being a despotic leader of an international pariah state is that your hold on power is the only thing that keeps you influential. Kim Jong-Nam was the eldest son of Kim Jong-il and the half-brother of Kim Jong-un, North Korea’s leader.

For Jong-un, having an elder brother alive and well created a risk to his power base. So North Korean intelligence operatives paid some women to “play a prank” on Jong-nam. They jumped out in front of him, wet him with some liquid, and then covered his face with a cloth.

Little did they know the liquid was not water or perfume, and the cloth was not normal. When used together, they activated releasing VX, an internationally-banned, deadly nerve agent.

A therapist could have a field day picking this story apart, but it certainly ensured that everyone knew which of Jong-il’s children was in charge.

The year is 1919, and the British Raj controls India. Due to local events, public meetings are banned, and the local acting General Reginald Dyer is enforcing draconian measures as retribution.

Having heard of an illegal public meeting, Dyer arrived with a machine gun on a truck (which thankfully they did not use) and his troops. He ordered the crowd to disperse, lined up his troops and promptly ordered them to fire until they spent all their ammunition.

Whether you believe the official British Government inquiry or the reports from those supporting the independence movement, this single event was instrumental in India and Pakistan’s Independence.

Random acts of violence don’t always have to involve guns or fistfights, sometimes it’s biological warfare. British colonists’ tactics to claim American land and reduce the native population were absolutely despicable. One of these tactics was to give the Native Americans blankets infected with smallpox. The “random” outbreak among Native Americans in 1763 hit them hard. Though we can’t be entirely sure that it was the blankets that infected them, they did catch the virus from British colonists.

Turning our attention to Mexico, the spread of germs may not have been intentional, but it certainly helped Cortes conquer the Aztecs. In 1520, an outbreak of smallpox on the Mexican coast spread to the Aztec city of Tenochtitlan. The European virus reduced the city’s population by 40%.

2 The Burning of the Reichstag

No top ten list is ever complete without a reference to the Nazis. While other atrocities directly linked to the Nazis are definitely not random, this one resulted in the extent of Adolf Hitler’s power.

Our entry in this category is the Burning of the Reichstag, on February 27, 1933. The Reichstag was a key Nazi establishment. The day after the fire, the German government passed legislation to deprive rights like free speech, the freedom to assemble, privacy, and the free press. It also ultimately led to Adolf Hitler’s election.

The Nazis blamed communists for this random act of violence, but whether the unemployed Dutch construction worker, Marinus van der Lubbe, was indeed actually responsible, we will never know. Lubbe was eventually found not guilty by a West German court. But how random was this fire, really? Walter Gempp, who was the head of the Berline fire department, pointed out evidence that the Nazis were directly involved with the fire. He was later dismissed from his position in the fire department and his claims, thrown out.

1 Pol Pot and the Khmer Rouge

The history of nation-states is filled with stories of one ethnic or religious group, deciding to go to war with their own family, friends, and neighbors, based on these differences. This isn’t something which one has to look too far back in history to experience. In the past 60 years, ethnic cleansing has occurred in multiple civilized European nations. This includes the former Yugoslav Republics of Serbia and Croatia in the 1990s and Cyprus in the 1960s and 1970s.

But the best example of this dark, evil side of humanity, is the rule of Pol Pot and the Khmer Rouge who in three long years managed to exterminate 25% of the population of Cambodia. The government’s ultimate motivation was to create a social-agrarian society. To do so, they needed to “purify” the Cambodian population.

These purges happened between 1975 and 1978. What more needs to be said—the Cambodian leaders killed 1 in 4 people in less than 1,000 days, for being Chinese, Vietnamese, Muslim, Christian—anything the government felt was not good enough for their new society.