We’ve all seen it in sci-fi movies: Someone gets sucked out of a spaceship and thrown into the emptiness of space. Not surprisingly, many movies get it wrong. But the reality of a human exposed to the vacuum of space may be weirder and more bizarre than you ever imagined.

10 The Vacuum Of Space 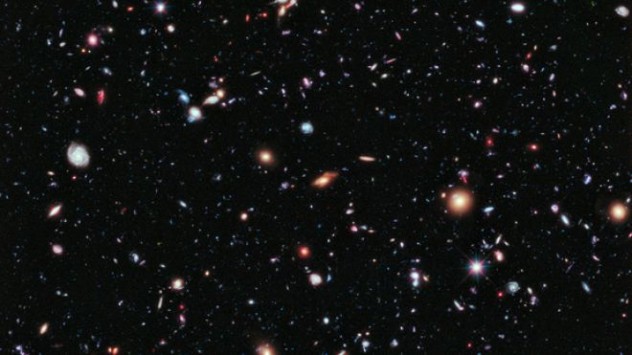 First things first—if the exterior of your spaceship is compromised (punctured by a whizzing asteroid perhaps) the interior will rapidly depressurize, and you will be sucked out into the vacuum of space.

The ship would initially be pressurized in order to mimic earth’s atmosphere and maintain a proper, livable environment. But once the ship is damaged, the air inside will rapidly expand outward, creating a vacuum and violently pulling everything out with it—including you. If you’re lucky enough to not be killed by flying debris during the ordeal, you’ll still find yourself in a pretty grim situation: you’ll be left to fend for yourself, floating hopelessly in the abyss of space. 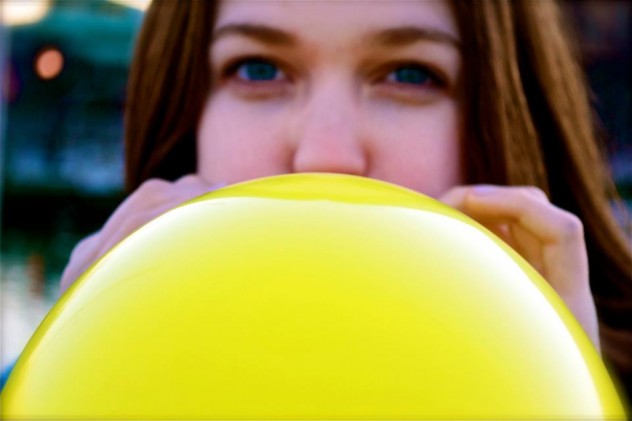 Remember Veruca Salt from Willy Wonka and the Chocolate Factory who puffed up like a giant blueberry? The effects of space on the human body would be quite similar. Without the presence of Earth’s atmospheric pressure, the water that makes up 70 percent of our bodies doesn’t remain in its liquid state and expands until it forms water vapor. This would result in severe internal swelling throughout the body. In fact, a person would balloon out to approximately twice their normal size. The formation of the vapor wouldn’t be enough to burst the skin, but it’s safe to say you would experience some serious discomfort. 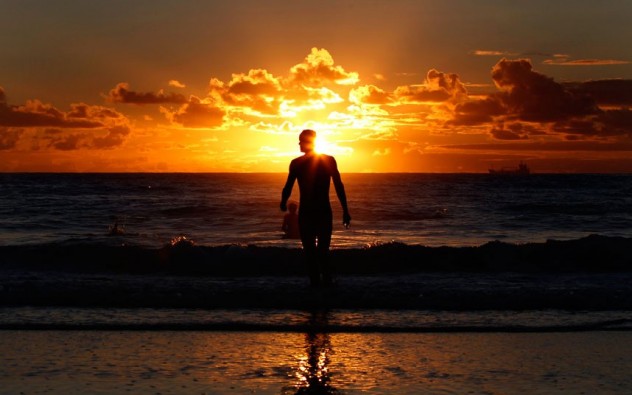 A day at the beach can be ruined by a painful sunburn—especially if you forget your sunblock. Now imagine being exposed to the power of the sun without our ozone layer filtering out the most harmful ultraviolet rays. The effects would be devastating to the human body. A person floating in space would be horribly burned over any portion of exposed skin. In addition, looking directly into the sun would fry your light-sensitive retinas and render you blind. And even if you did survive, your likelihood of contracting skin cancer would increase dramatically. 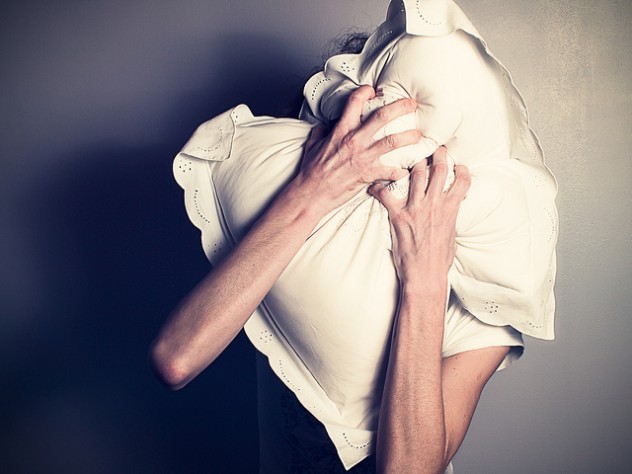 When exposed to the vacuum of space, a person will be totally deprived of oxygen, but not in the way you might think. The condition is known as hypoxia: Without earth-like pressure, the oxygen in your bloodstream will begin to reverse-dissolve and escape from your blood. This will render your cardiovascular system useless, and no oxygen will be delivered to your muscles or vital organs. The fact that you are no longer able to breathe in any new oxygen just exacerbates the problem. In addition, the suffocating effect would begin to turn your skin blue. A person can last approximately 10 seconds in this condition before they black out. 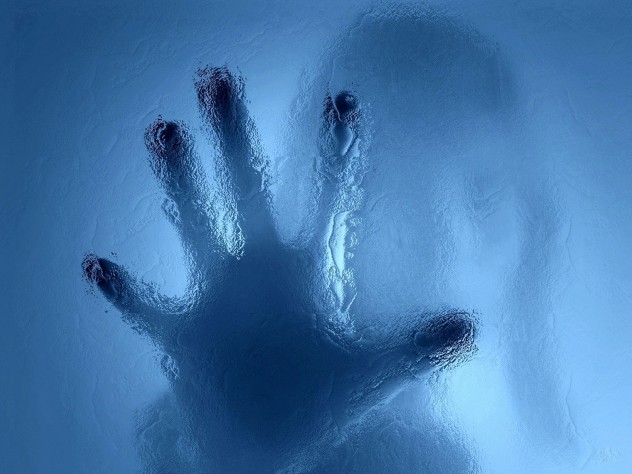 On a hot day, our bodies produce sweat to cool down. As the sweat evaporates from the surface of our skin, it uses up heat energy and causes a cooling effect. But this effect is greatly exaggerated in outer space. Normally, the humidity in the air inhibits the cooling effect quite a bit because it’s harder for sweat to evaporate into air that’s already saturated with water. But in the dark emptiness of space, there is no humidity. This allows for the accelerated evaporative cooling of any exposed bodily fluids. Your watery eyes, mouth, and respiratory tract will freeze over as a result. 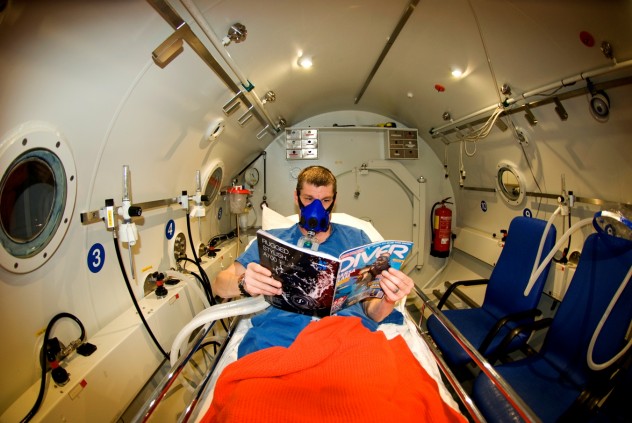 As we’ve already seen, the low pressure of space prevents oxygen from remaining dissolved in your blood. This vacuum-like environment does the same for other gasses, like nitrogen. This causes tiny nitrogen bubbles to form all throughout your circulatory system (which is the literal definition of the bends). One side effect these bubbles have is extreme joint pain, but far worse are the effects the bubbles have when they create blockages in your veins and arteries. Bubbles in your brain can cause stroke and seizures. A bubble in your heart can cause sudden heart failure and death. 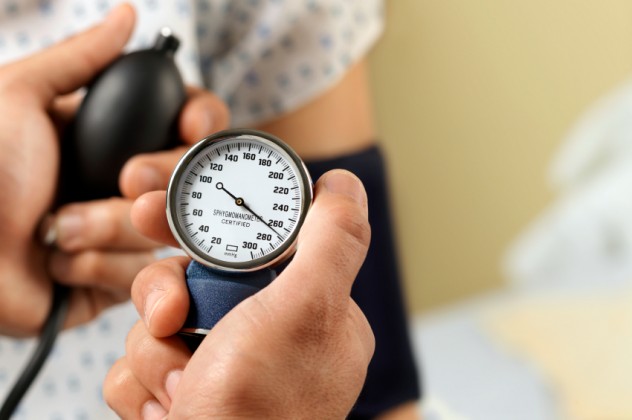 As you can tell by now, space has horrible effects on the human body. Both internally and externally, you are stretched, ballooned, and otherwise contorted. As a result, your misshapen body will struggle to maintain a normal blood pressure. For example, a person can easily generate enough force to drink soda through a normally sized straw. But what if the straw’s diameter was 10 times as large? Similarly, your heart would not be capable of pumping blood through your enlarged veins. Your blood pressure would effectively drop to zero and you would die. 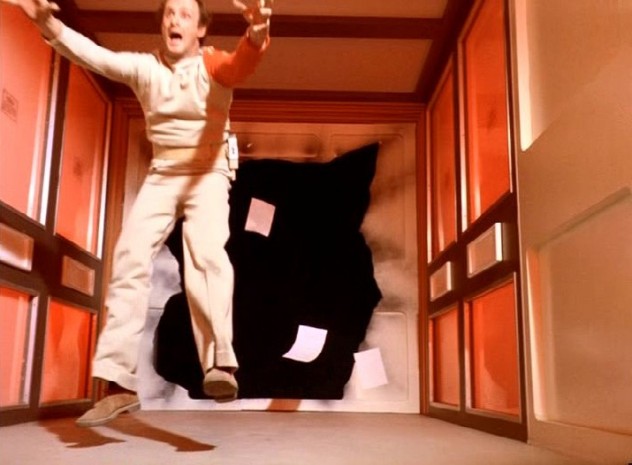 One fatal mistake you could make as you’re sucked out of your spaceship would be taking one final, deep breath. You might think the extra air would help you stay alive for another minute or so, but the actual result would be quite the opposite. Holding that air in your lungs in the vacuum of space would result in explosive decompression—of your lungs. Imagine that for a second.

The air would expand violently in the low-pressure environment and cause your lungs to burst like balloons. If you ever find yourself in such a situation, you would be wise to exhale as much as possible to avoid this explosive trauma. 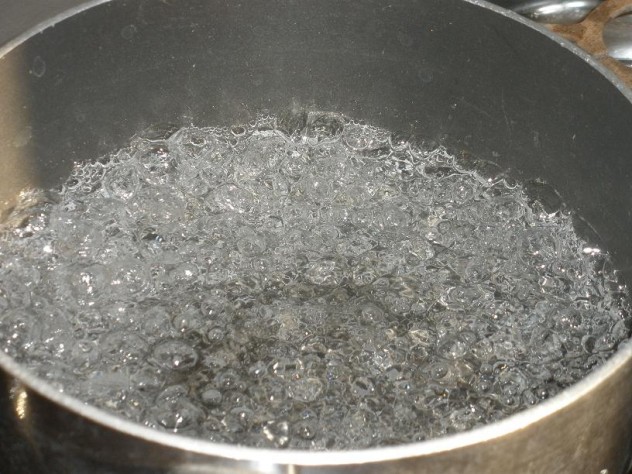 The lower the pressure is in an environment, the lower the boiling point will be for any liquid in that same environment. This is because when there’s less pressure, it’s easier for the molecules to move around, so it takes less heat energy to transform the packed-in molecules of a liquid to a less-dense gas.

This is why water boils more easily at higher altitudes. In space, the boiling point of your blood could realistically drop down until it’s the same as your own body temperature—at which point your blood would begin to boil. The temperature of your blood would still be normal, but in the vacuum of space that might be all it needs to boil. 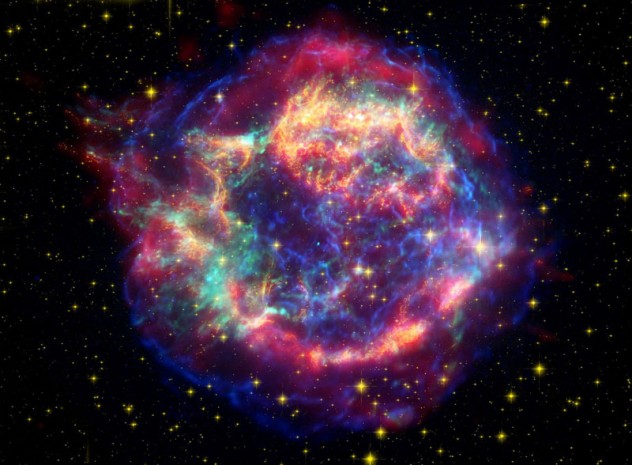 Even if you somehow managed to survive space exposure, you still wouldn’t be out of the woods. In addition to these other issues, the blackness of space also contains many invisible dangers. During the brief time that you were exposed, you would be bombarded with a whole host of dangerous sub-atomic particles. This includes gamma rays, energized protons, and x-rays. These particles are so small that they interact with you on a cellular level and actually alter you DNA. But this would not result in superpowers as some comic books might suggest. Instead, you would almost certainly die of radiation poisoning or cancer years later.