Roughhousing leads to tears, and let’s be honest, so do pranks. The internet and early-2000s television have given us the notion that pranks are lighthearted, always silly, and even when it backfires, hilarious.

The truth is that pranks are more like that April Fools’ episode of SpongeBob SquarePants where Squidward viciously pranks SpongeBob, dragging him by a rope around the Krusty Krab where he eventually lands inside a garbage can. Anyone who likes to be pranked only allows it to take their revenge, and oh, how do they love revenge.

Wow, turn down the drama, will you? Sometimes pranks are dark for other reasons outside of torture and vindictive natures. Sometimes the backstory is sad. You know, one of those “if only you knew what happened before this” sort of thing.

That said, here are ten wholesome pranks with a dark side.

YouTube Challenge – I Gave My Kids a Terrible Present

There’s a viral prank out there. It consists of gifting young children with completely underwhelming gifts: pickled beets, an avocado, some batteries…pretty much the complete opposite of what a child gets excited about for Christmas.

You’ve probably seen it on Jimmy Kimmel Live! already—they open the gift with anticipation and then are met with confusion as they handle the object. Most kids are pretty gracious, saying thank you and acting excited and grateful. Good for them! That’s the kind of wholesome content we want to see from toddlers and young people. But…then there are the entirely unhappy kids.

Though we appreciate the mild-mannered reactions, it’s the temper tantrums we watch the videos for. How bogus is it that a prank that showcases how well children can handle disappointment is really watched to scoff at how spoiled kids in the U.S. are?

Boiling Points was an MTV gem. The show revolves around the premise that people are pranked with poor service, bad manners, or an all-around irritating situation to see how quickly they’ll snap. If they manage to keep their cool long enough, they win money.

In this episode of Boiling Points, a driving instructor, Mr. Merit, puts driving students in the worst lemon you’ve ever seen (the seatbelts are made from bungee cords and tape, or maybe a piece of rope?) and proceeds to be the worst driving instructor you’ve ever seen. One girl even says, “Wait, I don’t know how to drive this yet.” to which he responds, “Well, the only way to learn how to drive a car is what?” She timidly says, “To drive it?”

It’s a pretty hilarious episode, but, in retrospect, it is fairly dangerous. Prank aside, these kids are in a questionable situation, learning poor driving habits, and probably scared out of their minds. I mean, this car is trash. And Mr. Merit makes me entirely uncomfortable, especially when he mentions that the brakes don’t work too well.

It’s prom night, and Sarah is taking her gym teacher, Christian Gray, as her date. Except not really, since it’s just a prank. Radio host Elvis Duran and his co-hosts regularly pull phone taps. Someone calls in and arranges for one of the hosts to call up a loved one or friend (in this case, Sarah is calling her dad) and pranks them with a situation they know would piss them off.

For this one, the prank plays upon an inappropriate relationship with a minor. The gym teacher calls Sarah’s father intending to speak to her. Instead, he talks to the dad and explains that he’s taking Sarah to the prom. The dad is understandably livid. Twenty-seven-year-old Christian tries to defend himself, saying that he didn’t ask her. She asked him.

To make matters worse, Sarah chimes in and starts saying how nice he is, that she’s been poking him on Facebook, really elevating the inappropriate nature of the relationship.

Of course, they all reveal that it’s a phone tap in the end. The father laughs it off, but boy, I’d still be angry as hell.

Most over Ashton, it’s Post Malone’s time to prank. Post Malone “dresses up” as a record store sales associate and does what he does best: sells records, I guess. It’s a mildly successful prank. I mean, how can you not recognize him? No one else has those tattoos. But he does get some people going. He tries to sell one of his albums by saying that it sucks and wants to get rid of it, recommends artists way out of someone’s tastes, has someone read ridiculous lyrics, and explains that he wants to be an accountant.

So why did he do this? Is it because he’s one of the nicest celebrities you could meet nowadays? Kind of, yes.

Post Malone was raising money for Folds of Honor, which provides educational scholarships to the families of fallen and disabled veterans. The prank was cute and fun, but such a serious cause brings a somber overtone to the entire thing.

6 A Prank Not Worth Dying Over 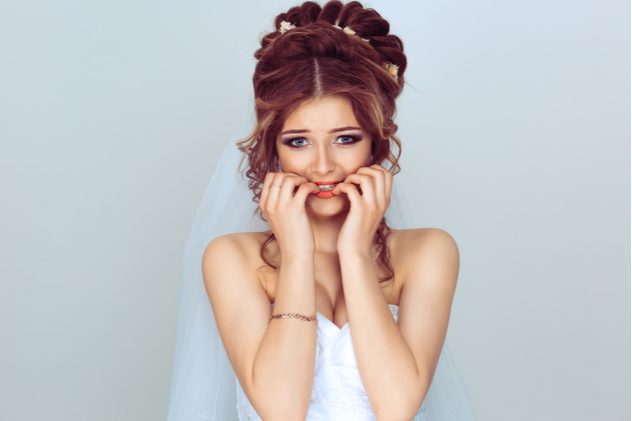 People have been pranking each other since way back when, and there are so many tales of these early pranks going horribly wrong. On April Fool’s Day, 1896, a Tennessee man decided to prank his new bride. Unfortunately, it didn’t go as planned. He thought that maybe she would appreciate the joke since she knew he was a bit of a class clown and liked to play jokes on people.

Unfortunately, the costume he dressed up in was pretty scary. After knocking on the door disguised as a homeless man, he asked her to make him a meal. She fainted and was rushed to the hospital. And then she died. He scared her to death.

Elagabalus, The Emperor Who Gave Away Bears (Roman Emperors Did Some Crazy Things)

The earliest recorded prank is a fart joke. If that’s not wholesome, then I don’t know what is. (Double checks definition of wholesome.) Roman Emperor Elagabalus ruled from 218 to 222 and was a known tyrant. However, he was also a known partier and prankster. For instance, he placed leather pillows on seats during a dinner party, and when people sat down, it would leak air and make a fart noise. This was pretty funny to his dinner guests.

Still, this is all coming from the man who murdered tons of people (including his cousin), spent money on lavish décor instead of on improvements to Rome, and apparently sacrificed his children to the gods.

Jim’s Pranks Against Dwight – The Office US

If you love The Office (U.S. version), then you know that Jim’s pranks against Dwight are golden. Jim was successful about 99% of the time, despite Dwight’s undying uncertainty of the situation. And even though Dwight knew that Jim would prank him, he kept falling for it. Let’s list some of the more notable Jim pranks:

Okay, so how is this hilarity dark? The fact that Jim endlessly and mercilessly pranks Dwight. These aren’t wholesome pranks, yet an entirely wholesome show disguises them as such. Yes, Dwight is insufferable, but what Jim does is straight-up bullying. I guess it’s only acceptable in fiction.

Impractical Jokers cat member, I mean cast member Sal Volcano is terrified of cats. Yes, even those cute little meowing fluffy kittens. But, as per show rules, when you lose an episode, you must undergo extreme punishment. In this case, the guys prank Sal with his worst nightmare: they cover him in kittens.

So though Q, Murr, and Joe are laughing their butts off behind the scenes, and we’re crying with laughter over Sal’s reactions over the innocent cats, Sal is a bundle of nerves. It’s like watching funny torture, which I guess isn’t funny at all.

Will This Mom Freak Out At Her Daughter’s Pregnancy Prank? 👶 Revenge Prank

Let’s bring MTV back, shall we? In another prank show, Revenge Prank, two sisters get back at their mother for posting a viral, over-the-top video by pretending one of them is pregnant. As the sisters and their mother are in the ambulance, one on a gurney “screaming” in “pain,” the mother is not only confused, but her worry is borderline anger since no one is telling her what’s going on. A few minutes later, it’s revealed that she is “pregnant” but not with her current boyfriend’s baby. The medic explains that her water wouldn’t break at four months.

Enter Momma Bear. The mother starts to firmly advocate for her daughter as the ambulance stops at a red light. “Get a police escort. I want her there now!” Her demand that they hurry up and get her daughter to a hospital only escalates in temper. It is an incredible showcase of family sticking up for family, even though it’s a prank. Go, mom! You start to forget it’s a prank in the first place and start cheering her on.

It would be funnier if the mother didn’t get so worked up, though. As the host explains why her daughters pranked her, it all of a sudden sounds so stupid. Poor mom.

We may graduate high school, but that doesn’t mean we’re always smart. A group of Glenelg High School seniors geared up for a simple senior prank, as is custom, and decided to graffiti the sidewalks, parking lot, and other parts of the building. Now, this had the potential to be wholesome fun. But, as I said before, some educated people aren’t that smart.

Instead of graffitiing cartoons or “seniors 4ever,” they decided to go full-blown white supremacy Nazis. They graffitied the N-word, swastikas, homophobic comments, and other undesirable slurs and phrases. A senior prank turned into a hate crime.

The four students were caught, arrested, and probably won’t be too popular in college.