With the cost of living increasing, choosing to share an apartment or home with roommates may seem like the most economical option, as these types of agreements are based on the premise that each person will pay a much smaller share of the expenses.

However, choosing this option often proves difficult and can come with its own set of challenges. This is especially true when different personalities collide and there is sharing of common spaces such as a kitchen or bathroom. In a perfect world, each roommate would always do their fair share of housework, consult with other housemates before making decisions or inviting guests, and pay their portion of the expenses on time. Unfortunately, that is not always the case.

In this list, you will read about 10 roommates who could not seem to settle their disputes by reasonable means, and rather than simply communicating or choosing to move out, they opted to—quite literally—fight fire with fire.

Related: 10 Times Firefighters Were Not Heroes

After 33-year-old Melissa Dawn Sellers lost her job at Wal-Mart and was evicted from her residence, she moved in with her boyfriend, 42-year-old Carlos Ortiz Jr. However, after the two had been drinking in the early morning hours of October 22, 2014, a fight broke out between the Clearwater, Florida, housemates.

Ortiz had thrown away Sellers’s leftover spaghetti and meatballs, which did not set well with her, and in her drunken mindset, she sought revenge. Her payback began by setting small, random items on fire but quickly escalated when she then decided to douse Ortiz with nail polish remover and light him on fire.

One of Ortiz’s friends, Ines Causevic, who was in the apartment during the argument, poured water on Ortiz in an attempt to put out the fire and ripped off his shirt. Unfortunately, by the time Ortiz was able to get up, his face looked as if it was melting off.

Ortiz was taken to the hospital in critical condition after suffering burns to his face, chest, and shoulders. Sellers, who was on probation at the time for a previous battery charge, pleaded guilty to aggravated battery and was sentenced to 66 months in prison.[1] 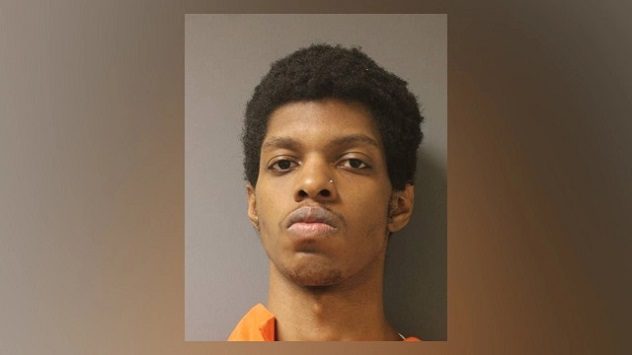 Twenty-seven-year-old Khane Jones was staying in a Watertown, New York, apartment with three other residents—47-year-old Tina Guildoo, her brother, 48-year-old John Guildoo, and her son, 27-year-old Joshua Jones. While Khane and Joshua were not related, they were friends, which makes Jones’s unexplained actions even more puzzling.

On the morning of February 28, 2022, as Joshua slept on the couch, Jones poured gasoline all over him, lit him on fire, and simply left the residence. The fire ultimately destroyed the apartment.

Tina and John were treated for burns and smoke inhalation, but Joshua suffered severe burns on over 80% of his body. He was transferred to a local hospital but later died on March 20, 2022, as a result of his injuries. Jones was originally charged with first-degree arson and first-degree assault, but after Joshua’s death, he was also charged with second-degree murder.[2]

Thirty-nine-year-old Lawrence Sedillo and his roommate, 42-year-old Renee Benally, got into an argument over money and finances on September 24, 2021, in their Albuquerque, New Mexico, home. Sedillo claimed he heard voices in his head, and during their argument, “something came over him,” which led him to go outside, get a can of gasoline, and then pour it all over Benally.

Sedillo also claimed he blacked out, and the next thing he remembered was seeing Benally on fire rolling on the floor. While Sedillo stated he tried to remove her burning shirt and help put out the fire, witnesses stated they saw Sedillo chasing Benally around with a gas can and shouting obscenities. A neighbor called for assistance after Benally came over, asking for help and wanting to take a shower because her skin was hot and peeling off.

Benally was transferred to a burn center in Lubbock, Texas, but died on September 29, 2021. Sedillo is still in custody and has been charged with murder.[3] 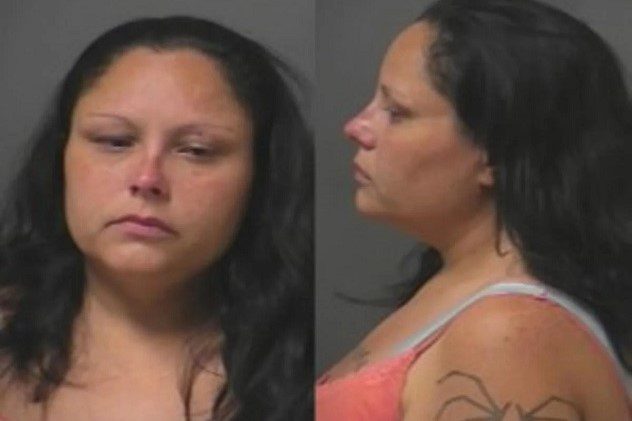 Thirty-two-year-old Chasety Reynolds and 46-year-old Victoria De La Fuente were roommates and shared a home in Lemoore, California. Police were dispatched to the home due to a disturbance on the evening of September 2, 2011. While the two women assured officers all was well, it would be less than an hour before things took a tragic turn.

Within 45 minutes after the police left their home, Reynolds poured gasoline all over De La Fuente and set her on fire with a cigarette lighter. Showing no remorse at all for her roommate, Reynolds simply sat in the driveway and watched as De La Fuente burned on the garage floor. Thankfully, a passerby saw the fire and stopped, trying to put out the flames, until first responders arrived.

De La Fuente survived the horrific ordeal, but underwent 20 surgeries, suffered burns to over half of her body, and lost her right eye due to Reynolds’s cruelty. Reynolds was charged with first-degree attempted murder and aggravated mayhem with great bodily harm and was sentenced to 12 years to life in prison.[4] 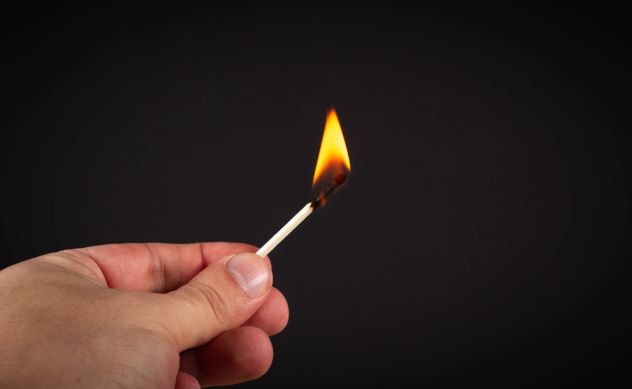 Forty-four-year-old Randy Barr and 44-year-old Marianne Krug were roommates in Scranton, Pennsylvania. They got into an argument after Barr claimed that Krug threatened to poison his dog on January 21, 2010.

In his anger, Barr decided to pour lighter fluid on Krug while she was watching TV and then flicked a lit match at her, setting her on fire. Krug was transported to a local hospital in critical condition, and Barr was charged with aggravated assault and arson.[5] 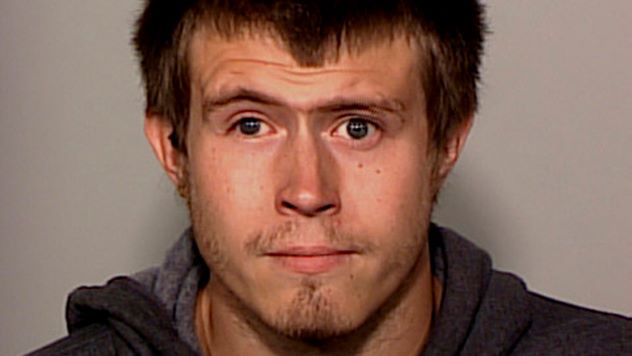 Fifty-five-year-old Scott Yorek rented a room from 29-year-old Adam Lilienthal in Andover, Minnesota. However, an argument arose between the two men regarding their living arrangements on June 17, 2014, but once sheriff’s deputies arrived at the home, both Yorek and Lilienthal agreed to “separate for the evening.”

Unfortunately, the men did not make good on their promise. Lilienthal claimed Yorek had not been paying his portion of the rent payments and, in retaliation, took gasoline from the garage up to Yorek’s second-floor bedroom and poured it over him while he was talking on the phone. Lilienthal then lit Yorek on fire and left the home.

Yorek was able to escape from the bedroom and remove his burning clothes, finally collapsing naked outside the home, where a neighbor saw him and called for help. Yorek was transferred to a local burn unit but suffered third-degree burns over 80-90% of his body, dying on June 19, 2014.

Lilienthal was located and arrested a few hours later. He was charged with first-degree murder and sentenced to life in prison without parole.[6] 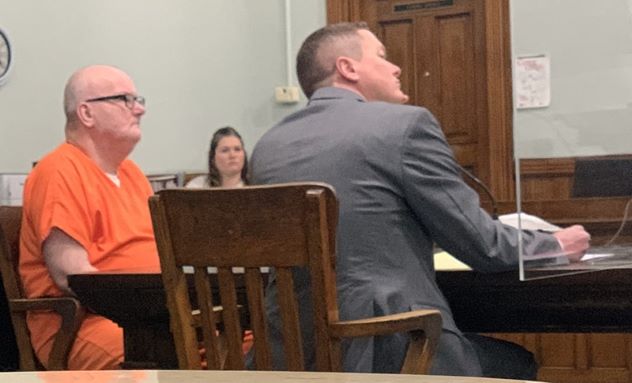 Fifty-three-year-old Arlen Atkinson and 58-year-old Scot Hupp lived together at a group home named Mayle Homes, which provides housing to those with mental and developmental disabilities in Minerva, Ohio. The two roommates got into an argument on January 23, 2021, and during the quarrel, Hupp called Atkinson a racist.

Hupp’s comment was not well received, and in his frustration, Atkinson went to a detached garage to get gasoline. Atkinson then poured the gas not only on Hupp but also all over his bed and throughout the bedroom before lighting the fire and closing the door.

Hupp was airlifted to a nearby hospital but sustained burns to over 75% of his body and died in the early morning hours of January 24, 2021. Atkinson was arrested at the scene and later sentenced to life in prison for Hupp’s murder.[7]

Man who set attorney, son on fire sentenced to 40 years

Sixty-seven-year-old Kirby Taylor lived with his son, 46-year-old Dexter Taylor, and a roommate, 32-year-old Curtis Holliman, in Houston, Texas. Holliman got into an argument with the father and son on the morning of January 18, 2016. But when the argument was over, and the two Taylors laughed things off, Holliman became even more furious, stating, “You think that’s funny? I’ve got something for you.”

Holliman then proceeded to go into his room and retrieved a container of gasoline which he doused them with before using a barbeque lighter to set them on fire. A neighbor called 911, and the father and son were taken to the hospital. Kirby sustained non-life-threatening burns, but his son Dexter had second and third-degree burns on both his buttocks and legs. Dexter was later pronounced dead at the hospital.

Holliman pleaded not guilty to Dexter’s murder charges by reason of insanity but was convicted and sentenced to 40 years in prison.[8] 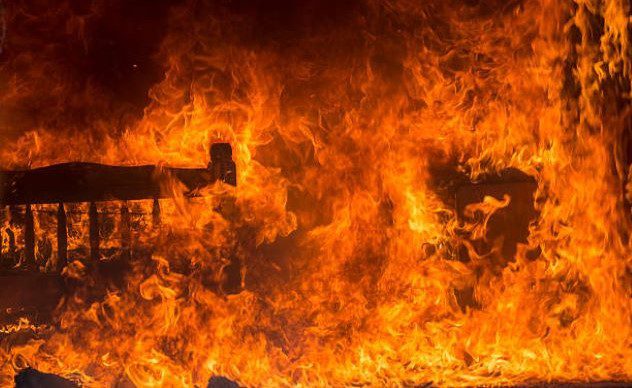 Thirty-three-year-old Yarenis Perdomo and an unnamed 51-year-old woman were roommates and residents of a homeless women’s shelter in New York. After the two women got into an argument on the morning of July 11, 2018, Perdomo threw nail polish remover all over her roommate and set her on fire.

Perdomo originally fled the scene before the shelter had to be evacuated but was later captured. The 51-year-old was transported to a nearby hospital burn unit for treatment. Perdomo was charged with attempted murder, assault with intent to cause physical injury, and assault with intent to disfigure/dismember.[9] 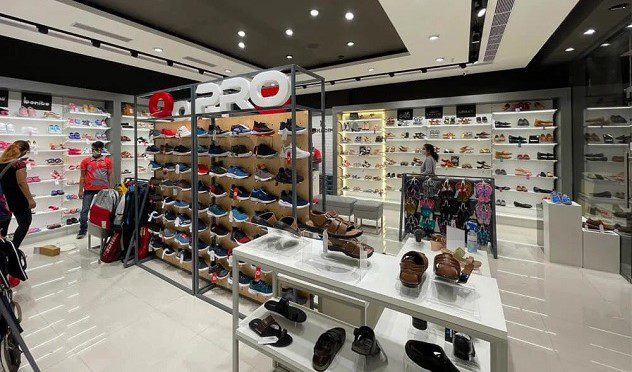 Twenty-seven-year-old Raj Kumar and his roommate Aman had arranged to share rent at their residence in Patiala, India. However, when Aman began causing trouble, the landlord naturally had him evicted from the property. Unfortunately, Aman blamed Kumar for being asked to leave and vowed to get revenge.

On the morning of March 20, 2022, Aman went into the footwear shop where Kumar worked as a salesman, poured gasoline on him, and set him on fire in a public display of inhumanity before leaving the store.

Kumar was treated at a local hospital. Aman was later captured and charged with attempted murder and trespassing.[10]