Prisons are somewhere few want to be, so it’s surprising to learn that people have actually asked judges, police officers, and probation officers to send them to prison. In some cases, these people committed offenses that warranted jail time anyway and just asked the judge to send them to prison or add a few years to their sentence for some eccentric reason.

Others, however, deliberately committed crimes or made inquiries about committing crimes that could land them in prison. There are many reasons for this. Some were attracted by the free food, health care, and accommodation in prison. Others just wanted to escape some other circumstance, such as a nagging wife. 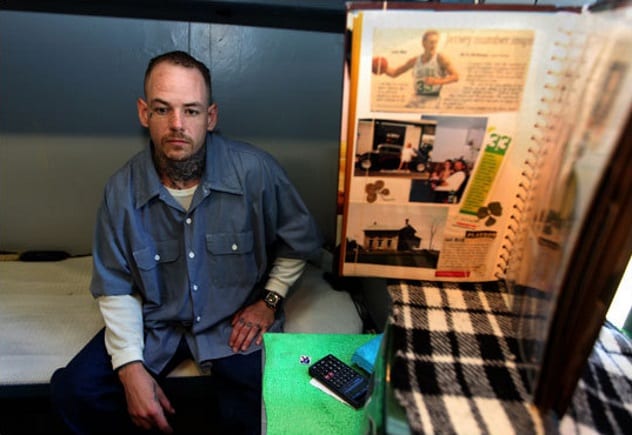 In October 2005, an Oklahoma court handed Eric Torpy a 30-year sentence for robbery and attempted murder. Torpy asked the judge to add three extra years because he wanted to match basketball player Larry Bird’s jersey number. The judge agreed and increased his jail time to 33 years.

Six years later, Torpy said he regretted his dumb request. The reality of prison had obviously dawned on him by that time. He added that he had been joking back in 2005 and blamed the judge for not declining to add more years. He said he would have just left it at 30: “That three is a big deal, you know? Three years matters.”

However, it is worth noting that Torpy really is fascinated with Larry Bird and the number 33. He has “3” tattooed on each elbow, forming 33 when his elbows are brought together. Coincidentally, he turned 33 the year we was interviewed in prison and will be eligible for parole in the year 2033.[1] 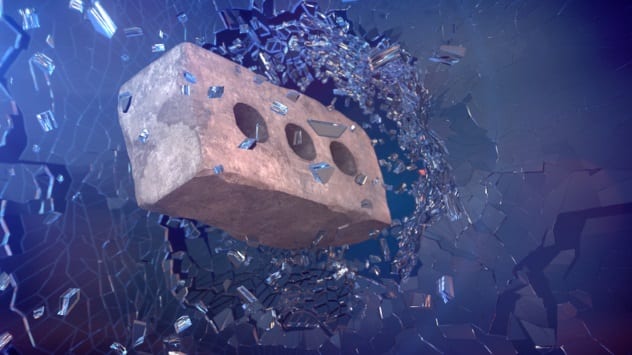 In July 2011, 36-year-old Lance Brown was released from a North Carolina prison after serving jail time for a bank robbery. However, he discovered that life outside is much harder when you are homeless. So he returned to the courthouse to meet with his probation officer, Billy Johnston.

Brown asked Johnston to return him to prison. Johnston refused, since Brown clearly hadn’t committed any crime. Instead, Johnston advised that Brown request for social services instead. The determined Brown refused and insisted on returning to prison. To achieve his goal, he started to commit crimes on the spot.

Brown first issued a death threat against President Obama. However, he was not arrested because the threat was not credible. Then he left the building, grabbed a brick, and threw it through the door of the courthouse. The brick broke the glass, causing $1,400 worth of damage. Brown was promptly arrested.

Brown was jailed for nine months before finally appearing in court in April 2012. He said he committed the crime because he was hungry and had nowhere to stay. At least he got free food and accommodation in jail. In his words, he just wanted to be in a place where “someone’s going to offer me a sandwich and drink.”

The court found him guilty of malicious mischief, which is punishable by up to ten years in prison. However, the court understood his situation and ordered that he spend an extra month in prison. He also received three years of probation. The court did not let him go scot-free because they wanted to discourage copycats from performing similar acts for free food and shelter.[2] 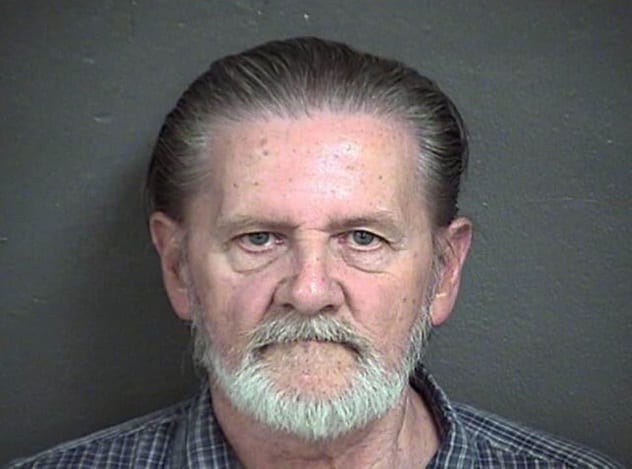 In 2017, 70-year-old Lawrence John Ripple of Kansas robbed a bank because he wanted to go to prison—where he could be far away from his wife. Ripple had been in a quarrel with his spouse that morning. During the argument, he wrote a note, which he would later use for a classic “note job” robbery, while telling her he would “rather be in jail than at home.”

Ripple went to a bank on the same street as the Kansas City police headquarters. Inside, he gave the teller the note, which informed her that he had a gun and wanted money. The teller gave him $3,000. Thereafter, he went to wait in the bank lobby until police arrived.

Ripple’s crime carried a maximum punishment of 37 months in prison. However, he escaped jail time after the judge determined he had mental health issues. He suffered from depression and had undergone heart surgery two years prior.

Instead, the judge ordered him to serve 50 hours of community service and pay $100 to charity and another $227.27 to the bank. The latter chunk of money money was to cover the wages of the bank workers who were sent home after the crime. The judge also gave him a six-month house arrest, which he probably served in the presence of his wife.[3] 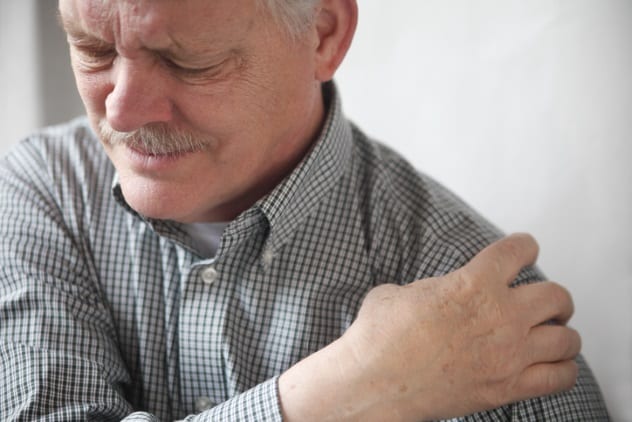 In 2011, 59-year-old James Verone robbed a Royal Bank of Canada (RBC) branch in North Carolina of $1. He entered the bank and gave the teller a note in which he had written: “This is a bank robbery. Please only give me one dollar.”

The teller was scared and probably surprised with the bizarre request but gave Verone the money anyway. Then, much like Ripple, Verone told the teller he would sit in the lobby and wait for police to arrive, which he did.

Investigations revealed that Verone committed the robbery to receive free health care in prison. He had a lump in his chest and injuries in his back and foot. He had lost his job and had exhausted his life savings due to his ill health. He robbed the bank as a last-ditch effort at saving his life.[4] 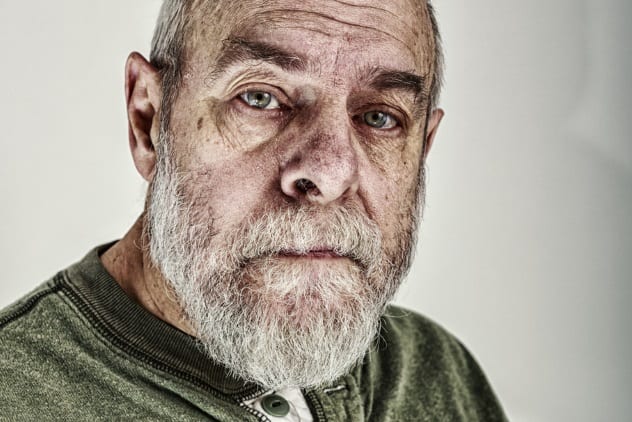 In 2013, two years after Verone pulled his robbery, Timothy Dean Alsip committed a copycat robbery to access free health care in prison. On August 23, 2013, Alsip walked into a Bank of America branch in Portland, Oregon, where he gave the teller a note informing him of a robbery and demanding just $1.

He got the money and, again, told the teller that he would sit at the lobby until police arrived. Investigations revealed that Alsip had tried to get medical help before opting for the robbery. He initially asked random people for help before calling 911 on more than one occasion, making claims such as that he had been hit by a car or overdosed on drugs.

Finally, he chose to rob the bank. Alsip was charged with third-degree theft. He was initially charged with second-degree robbery, too, but that charge was dropped. His bail was set at $40,000, down from an initial $250,000.[5] 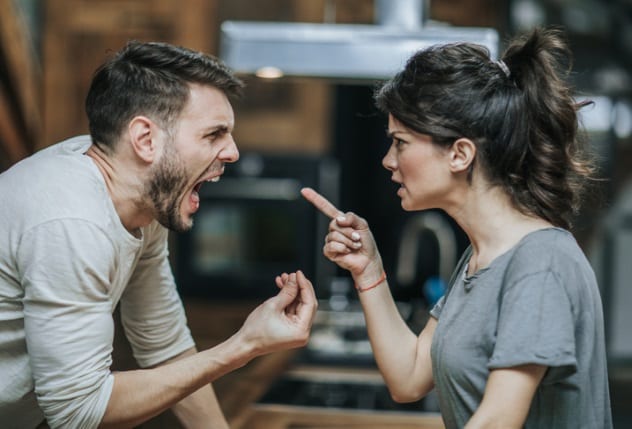 In 2014, 32-year-old Walid Chaabani was under house arrest for drug crimes. He began to have problems with his wife while serving his sentence at their home in Livorno, Italy. One day, he’d had enough, so he fled his home, breaking the conditions of his house arrest.

In an unrelated incident that occurred the same year, an unnamed Italian man also requested jail time because he wanted to get away from his wife. The man often got into fights with her while serving an eight-month house arrest sentence in their home in Rome.

The fights sometimes got so heated that the neighbors would hear, and police would get involved. Three months into his sentence, he asked the police to allow him complete the rest of it in prison. He told officers that the arguments he had with his wife could “end badly” if they declined his request. Police agreed.[6] 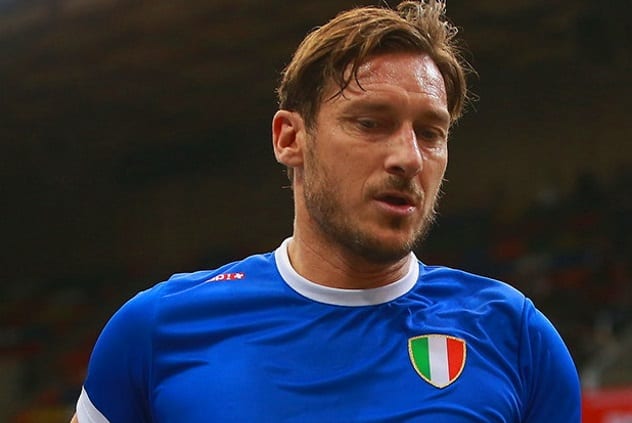 In 2018, former Italian national football team and AS Roma player Francesco Totti released his autobiography, Un Capitano. In the book, he revealed his encounter with a prisoner he met during a prison tour in 2006.

At the time, Totti was visiting prisons after the Italian national team won the 2006 World Cup. In one, he met a convict who continuously shouted, “Me! Me! Me!” while pushing his way through other prisoners to meet Totti for a photograph. The convict got the photo.

Someone later informed Totti that the prisoner had been due for release a week earlier. However, he asked to remain in prison for an extra week so that he could meet Totti. The prison wardens agreed, since the convict threatened to “do something crazy to be sent back here” if his request was not granted.[7] 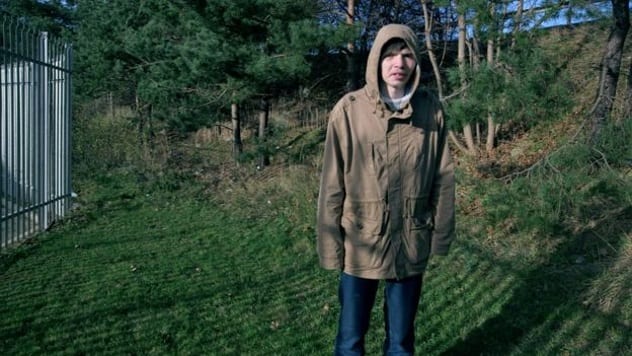 Bradley Grimes was homeless and unemployed. He also had autism, which made it difficult for him to find work. He took to the streets, where he begged in order to survive. However, he was arrested by Middlesbrough police and issued an anti-social behavior order that forbade him from begging on the streets, hanging around businesses, or sleeping at their doorways at night.

Grimes defied the order and was arrested very often. For a few months, he was arrested up to two times a day for just sitting at bus stops and public benches. In 2017, he received a suspended four-month sentence. However, he was soon arrested again. This time, he asked the judge to send him to prison just so he could get a warm bed at night.

The judge acceded to his request and sent him to prison, saying he was “locking up a homeless man for being homeless.” Grimes completed his sentence and was provided a home. However, he says he still has money problems and that his autism still prevents him from getting a job. He insists life was much better in prison.[8] 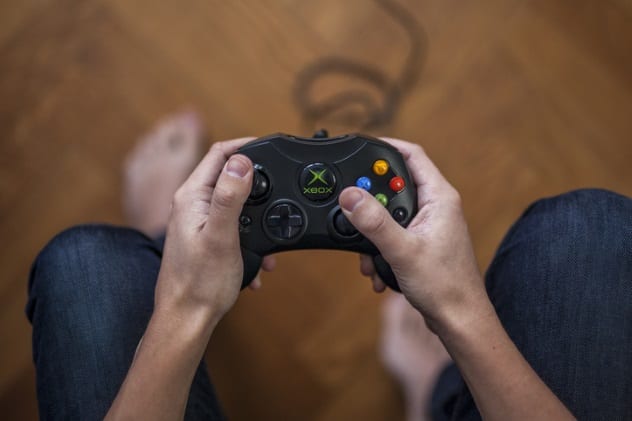 In 2013, a 19-year-old New Zealand teenager asked police to send him to prison because he had exhausted the games on his Xbox. The teenager was serving an 11-month house arrest for an undisclosed offense at the time. He’d spent ten months playing games on his Xbox until he’d completed every game he had.

Instead of getting new games or just playing his games again, he asked police to take him to prison. Police agreed to his request and allowed him spend his last month behind bars and away from the Xbox.[9] 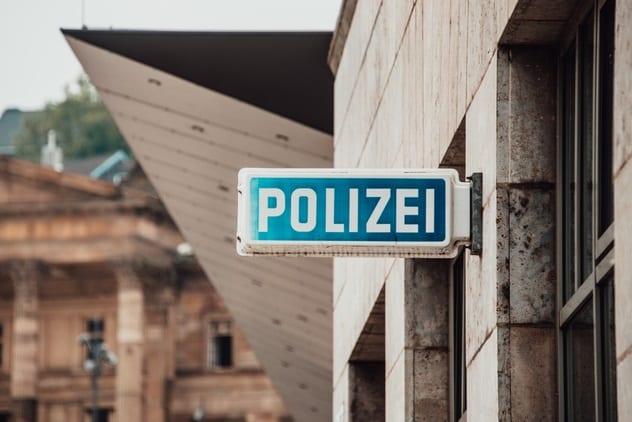 In 2014, a 35-year-old Bavarian man dialed the emergency number and asked for the easiest method of getting into prison. The man revealed he had narrowly evaded jail time after appealing a conviction for a crime he had committed. However, he had changed his mind and wanted to go to prison.

The man later threatened to cause a commotion at a nearby police station, hoping it would lead to an arrest and conviction. The man indeed drove to a police station in Krumbach but didn’t end up causing a scene. Instead, he just asked the officers to arrest him. The police refused. One officer had a chat with the man before sending him home to reconsider his options.[10]

Read about more cases where confinement apparently wasn’t all that bad on 10 People Who Wanted To Go To Jail and 10 Craziest Privileges Serial Killers Enjoyed In Prison.