Rituals play an important part in our everyday lives. From religious and celebratory events to the innumerable kinds of personal rituals people perform each day, they hold special places in our hearts.

Many people have these rituals as a result of traditions that have been passed down to them, and they will, in turn, do the same.

The origin of various rituals took place during ancient times. Even though history books and websites can teach you the history of some of the most common ones, there are still many that may not have been brought to your attention yet.

Keep reading to learn more about these ten ancient rituals you may have never heard of.

10 The Hanging Coffins of Indonesia

LIVING A WEEK with the DEATH TRIBE of Indonesia

The hanging coffins in Indonesia are actually a tourist destination. You can find most of the area’s available tours and adventures online include this as an attraction spot.

Hanging coffins are not only famous in Indonesia but also in China and the Philippines. While they are peculiar funeral practices, this ritual dates back to the 8th century in China. One of the beliefs informing this ritual was the notion that the dead should stay closer to all the gods. The gods could then reach the dead easily through the hanging coffins, especially when suspended high in the air.

Local legends also mentioned that Torajans from Indonesia believed that the higher a dead coffin was placed, the shorter the journey into Nirvana. Now, while this ritual is no longer practiced today, you can still head to Indonesia to see these coffins. Just make sure to have your wits about you—they’re a bit scary at first glance![1]

9 The Retainer Sacrifice of Ancient Egypt

Retainer sacrifice means sacrificing the servants to be buried together with the king. In one of the royal cemeteries in Umm el-Qa’ab, all the dynasty kings’ tombs from Aha to Qa’a were accommodated with subsidiary burials.

Burials were arranged in blocks, extending or surrounding the royal tombs. And the subsidiary tombs’ positions determine the servants’ relationships with the rulers.

When tombs containing skeletal remains were found, researchers believed the servants buried inside were at least 25 years old. This means there might be individuals who chose to be buried together with the king.[2]

The blood eagle death rite, an execution technique allegedly performed by the Vikings, was probably the most ritualized and brutalized killing method. It was so gruesome that scholars and researchers are unsure whether doing it was actually even possible on an individual’s body.

The process of this death rite was written in various prose and poems from the 11th to 13th centuries. Nordic people would capture the victims during battles.

As horrifying as that death rite is, it wasn’t considered cruel at the time. In fact, to the Vikings, this was an important death ritual that they used to sacrifice their victims to the gods.

Today, some still celebrate the ancient Viking religion known as Asatru. However, the religion is an extremely peaceful one, and all remnants of this type of brutality have been carefully hidden from those who follow the religion.[3]

7 The Living Ghosts of Benin

The Voodoo Rituals of Benin | Beyond Human Boundaries | TRACKS

Living ghosts in Benin were strange, robed figures or Egunguns. The villagers believed these figures were representatives of dead souls returning to Earth.

Most believed the purpose of the Egunguns was to give pieces of advice and words of wisdom to the living. The living should not make contact with these Western African living ghosts, or else they would suffer deadly consequences.

When the robed figures entered villages, they would also pass judgments that were believed to be from the gods. Villagers believed in their power, and they feared they would die if they touched these mysterious figures. Egunguns could appear anytime and attract crowds, but a village’s minders used sticks to protect the villagers and ensure no one would get touched.

These living ghosts created an impression that the dead were visiting the world of the living. They would speak in inhuman and high-pitched falsetto tones. There are rumors that the living ghosts are still around today. However, since this is such a secretive religious movement, it’s hard to confirm or deny.[4] 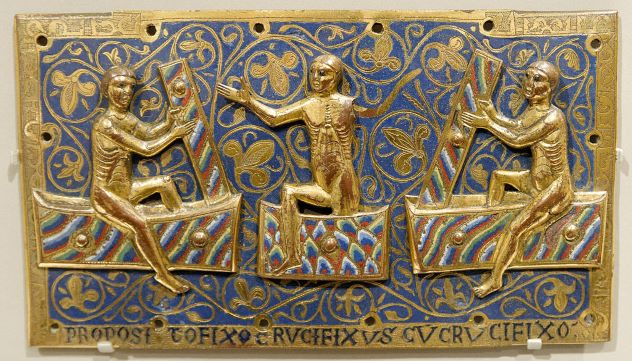 Thaumogenesis was one of the mythical consequences of individuals who attempted to resurrect their loved ones. It was a process that would occur when a resurrection technique was used to summon demons. Thaumogenesis created two spiritual entities and portals which entered the land of the living.

Upon reaching the land of the living, the demonic energy could create a whole new demon. From the process, you can see that thaumogenesis is like a spiritual debt that needs to be paid for an inhuman paranormal act.[5]

The Dark and Bloody Rituals Of The Maya | Archaeology | Odyssey

Bloodletting and human sacrifices were common practices in Mesoamerican cultures, especially the Maya.

Mayan bloodletting rituals meant puncturing a particular body part to offer to the gods. For instance, they chose the cheek or tongue for women or the penis for men. After puncturing, blood was collected that would be burned as an offering.

The Mayans performed these rituals during significant dates in the Mayan ritual calendar, but the most common times were during the beginning and end of each calendar cycle. Important life stages when bloodletting was essential were the following:

Like the famed henge in England, Pömmelte—the German Stonehenge–was also believed to be a place for various occult rituals. When scientists and archaeologists visited the site, they found a variety of interesting buried objects and remains:

Bodies of ten women and children, four of which sustained rib fractures and severe skull trauma
Carefully arranged burials in one of the sites’ earthen rings
Other items buried, including grinding stones, millstones, and animal bones

While the reason for these burials remained a mystery lost to time, researchers believe they were related to ritual sacrifices.[7]

The Dionysian Mysteries were a famous ritual in Ancient Rome and Greece. It included trance-inducing techniques and intoxicants, removing social constraints and inhibitions. The ritual was believed to liberate the participants and help them return to their natural states.

Additionally, there was actually a lot more secrecy surrounding the Dionysian Mysteries. As a result, there’s still much about the mysteries that scientists are trying to uncover today.[8]

What Is The Ancient Japanese Religion Shinto?

Utagaki was a Japanese Shinto social ritual in which villagers would meet on mountaintops and interact with one another in a matter of ways. During these meetings, villagers would sing, dance, eat, and have sexual intercourse freely in ritual offerings to local gods. It was believed that this practice brought the blessing of the gods, bringing fertility to women and virility to men. Poetry reciting was also common to celebrate the start of autumn or spring.

Utagaki rituals were also considered an opportunity for unmarried individuals to meet partners.

Eventually, the rituals were outlawed by the reigning Buddhist government for their “excessive unruliness,” although less-sexualized remnants of the tradition are still alive in certain areas of Japan.[9]

1 The Sacred Marriage of the Babylonians

Why Love and Marriage in Ancient Mesopotamia was Weird

The sacred marriage involved an act of re-enacting the marriage between Dumuzi, the shepherd god, and Ishtar or Inanna, the fertility goddess. During the re-enactment, Inana would engage in sexual intercourse with the king or high priest of the city.

The intercourse performed was considered to unleash abundant divine energy to the land, giving fertility to its women and crops. What’s interesting is that sacred marriages didn’t actually have anything to do with traditional marriage. Babylonians still celebrated marriage and did so in the usual way—big celebrations with lots of eating and drinking.